Accessibility links
Comic Hasan Minhaj On Roasting Trump And Growing Up A 'Third Culture Kid' "I'm an Indian-American-Muslim kid," Minhaj says, "but am I more Indian or am I more American? What part of my identity am I?" His new Netflix special is called Homecoming King. 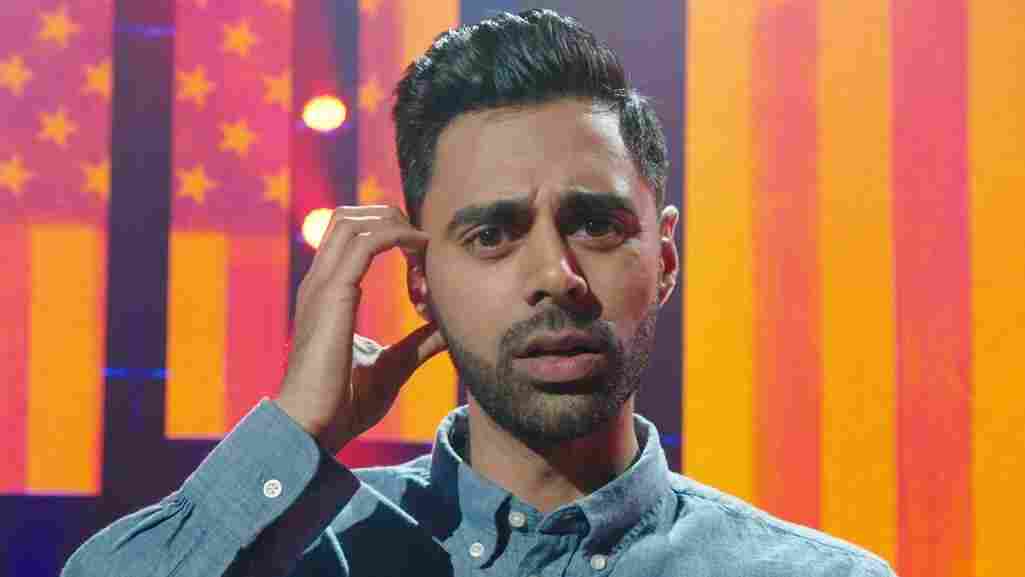 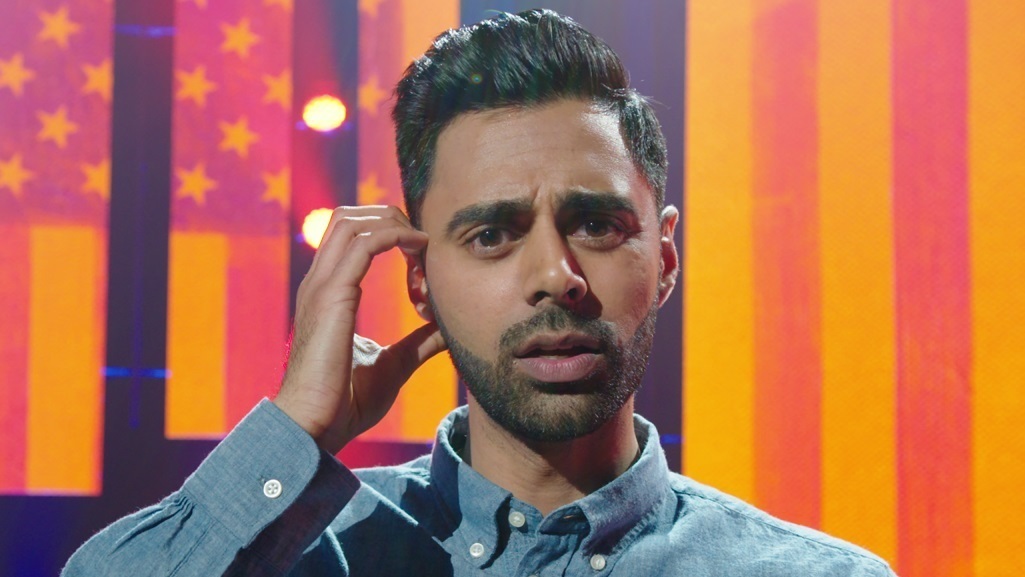 In Homecoming King, Minhaj talks about growing up caught between cultures.

As the American-born child of parents who emigrated from India, comic Hasan Minhaj often feels a little out of place. "I exist in this hyphen," he says. "I'm an Indian-American-Muslim kid, but am I more Indian or am I more American? What part of my identity am I?"

Those are the kinds of questions Minhaj deliberately sidestepped when was getting his start in comedy. "It was almost like I was on the playground all over again," he says of his early career. "I just was afraid if I get real ... people aren't going to like it; they're going to think I'm a freak."

After years doing stand-up, Minhaj became a correspondent with The Daily Show in 2014. The following year, he starred in Homecoming King, a one-man stand-up show in which he began to open up on stage about his experiences as a "third culture kid" who doesn't fully share in either the culture of his parents or that of his hometown of Davis, Calif.

"It wasn't until I started exploring the personal stuff, the one-man-show stuff, that I kind of got a chance to be more open to the audience and to my family," he says.

On his father's strict rules growing up

One of the biggest things immigrant kids oftentimes feel is ... this big disparity between our parents and us. And our parents are staunch pragmatists and I consider myself to be an optimist. ...

His rules with me growing up were very simple: no fun, no friends, no girlfriends. You can have fun in med school, which is, like, a huge lie. Terry, that's just a blatant lie. All my Indian friends and Asian-American friends that are in medicine or pharmacy, they will tell you: It doesn't get poppin' in dental school. It doesn't all of a sudden get fun where you go to a club and see a bunch of dudes going crazy, like, "What's going on fellas?" "What's going on? Residency! I'm having the time of my life." It doesn't work like that!

I go back to Aligarh and I go back to Delhi often, where my cousins live now, and I'm very aware of the opportunity that I have when I go meet them. That's where I understand and I empathize with what my dad feels.

Again, I felt like for my dad ... I have to deliver the dream. I am aware of that. I go back to Aligarh and I go back to Delhi often, where my cousins live now, and I'm very aware of the opportunity that I have when I go meet them. That's where I understand and I empathize with what my dad feels.

My younger sister, Ayesha, was born in the States and then, at 2 months after her birth, she went to go live with my grandparents and be raised [in India]. So I didn't officially, officially get a chance to really meet her until I was 8 [and Ayesha was 5].

The tough thing was, again, a lot of immigrant households, when you come to the States, you don't have the bandwidth and set up to accommodate a lot of things. My dad is working full time; I'm at school and then I'm going to ... an after school daycare program; and now we have a newborn, my little sister. My mom is doing residency and rotations, so she's at a hospital all day. There just wasn't that infrastructure to care for this newborn baby, and financially that wasn't there. My grandparents were in India and it was set up in such a way that she could be raised and she was around cousins and it was an amazing way for her to grow up.

Our narratives are very different. She grew up in India. Like, literally, it took a village. She was around people that loved her and were there for her, and I was this brown kid who was alone in America with his dad. So when she came back, I was just like, I hate this person. Who are you? I just wanted a mom, and now I got you.

In high school I didn't know what comedy was, but I was involved in speech and debate and public speaking. ... Believe it or not, they are very similar. ... My favorite comedians are just presenting an argument and they're doing it in a funny way. And whenever I would do speech and debate, ... if you can make the judges laugh or if you could ridicule your opponent's position and make the judges laugh, I always would do better on the scorecard. ... That's when I really wanted to get into political comedy and talk about a lot of these topics that sometimes would be too taboo to talk about in other settings.

They finally could believe that I would be OK because ... Jon, to my dad, was somebody that you could trust and he was somebody that had figured things out. ... He was like, "If Jon Stewart says you're alright, then I think you'll be OK." Just having that co-sign — more than having steady income and getting to have your dream job — having that co-sign with your parents was just a huge deal.

We were doing a live show that night; it was our election night special. We had a script written that followed what we thought was going to happen, that Hillary Clinton would be president. [But] as ... the results were coming in, we're literally tearing apart our script. We're rewriting a one-hour live show in real time, and I'm on WhatsApp audio with my mom. My mom [is] being like, "We're watching the news. I'm with your grandma. What's going on?"

So I'm trying to write jokes about Trump winning the election while I'm on Kayak.com looking up tickets for her to come back. ... It was a horrible 48 hours. ... And not knowing that everything will be OK was just really awful. ... We managed to get her home. ... I didn't want to risk anything.

The irony to me was the theme of the night was about honoring the First Amendment, and you want me to censor myself? That to me — I couldn't do it. ... Especially given the fact that the person that I'm roasting, the president, is someone who has so exploited that incredible privilege of free speech. The man who tweets whatever enters his head doesn't even want to honor the amendment that allows him to do it. That to me just blows my mind. So I wanted to make the conscious choice of, Hey, I will roast his merit and I will roast the decisions he's made. I will try to be as tasteful as possible, but I have to talk about this.