Accessibility links
Fact Check: 'We Don't Have Health Care In This Country,' Trump Says The president said on Thursday the Affordable Care Act is "dead. It's gone." The Senate is considering repeal legislation passed by the House, but Obamacare isn't faring as badly as Trump suggests.

Fact Check: 'We Don't Have Health Care In This Country,' Trump Says

Fact Check: 'We Don't Have Health Care In This Country,' Trump Says 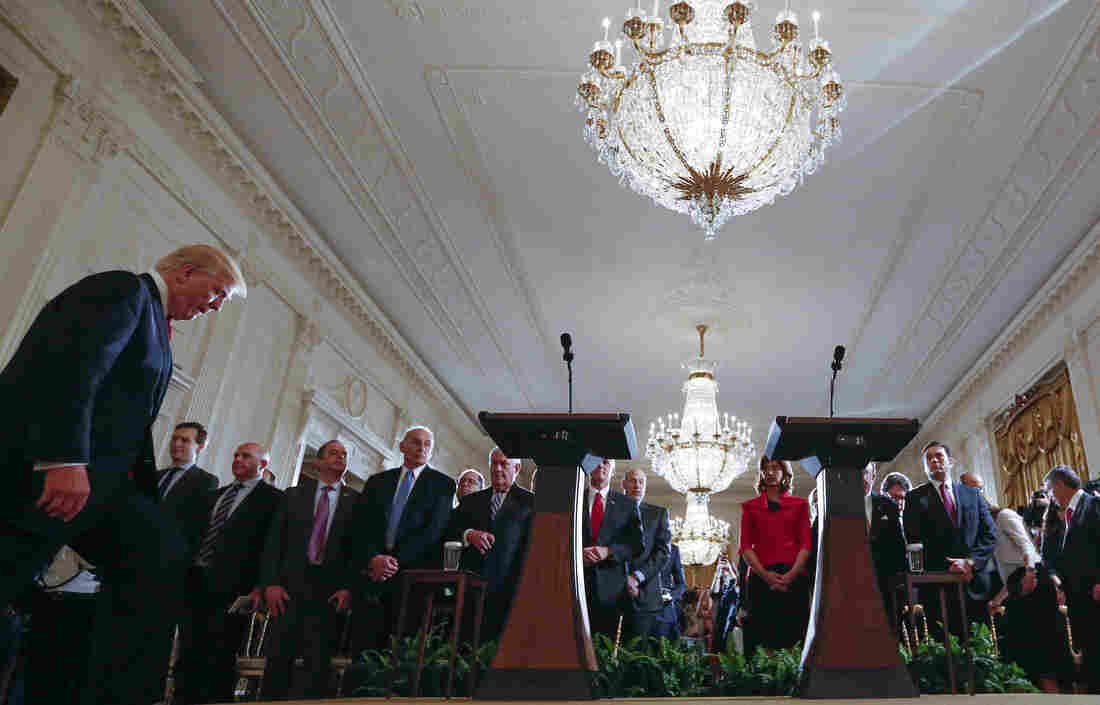 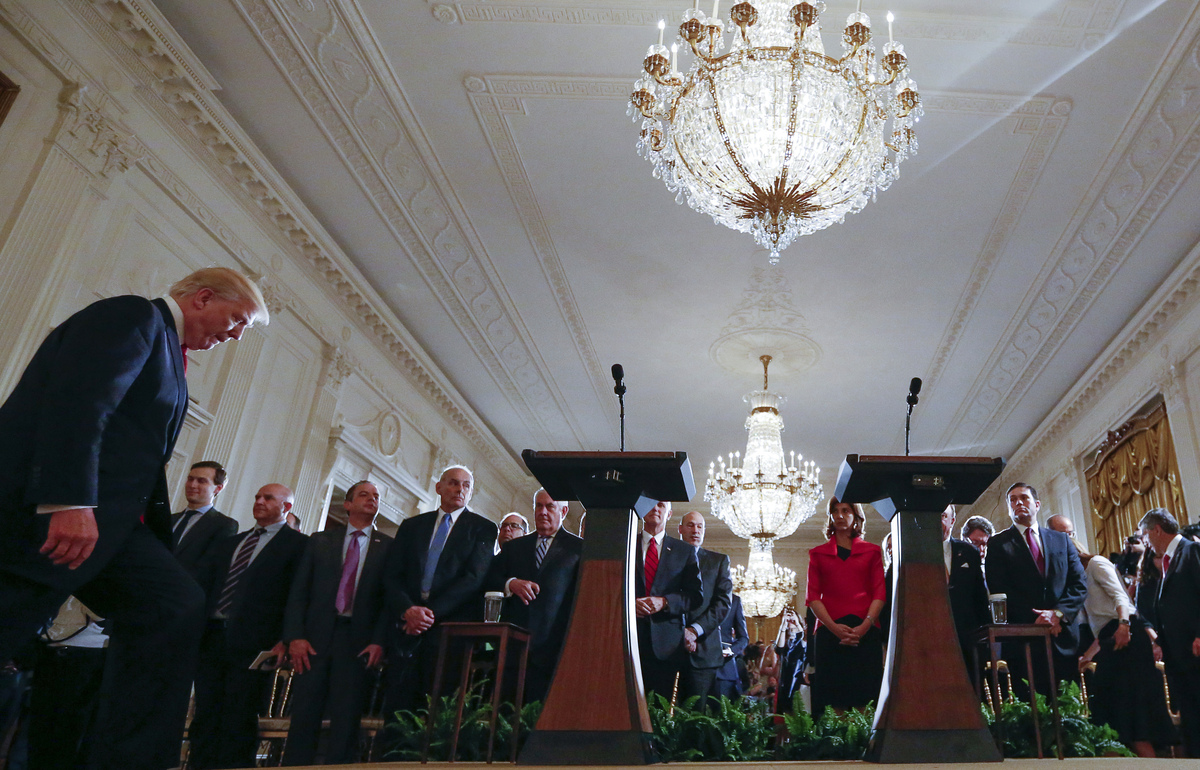 In a news conference with Colombian President Juan Manuel Santos in the White House on Thursday, President Trump said the Affordable Care Act "is collapsing."

President Trump gave a eulogy on Thursday for the Affordable Care Act, also known as Obamacare.

"Obamacare is collapsing. It's dead. It's gone," Trump said in a news conference with Colombian President Juan Manuel Santos.

"There's nothing to compare it to because we don't have health care in this country," he went on.

That left some Obamacare customers scratching their heads — figuratively — on Twitter.

Damn, Obamacare is dead and gone? Funny, i'm still paying my premium, seeing my doctor, and filling my prescriptions. I could be wrong.

But the president wasn't talking about health care per se. He was talking about Obamacare, which Republicans are trying to replace with legislation currently in the hands of the Senate.

Even the picture of the current health law isn't as bad as Trump tried to paint it, though. In the years since the Affordable Care Act went into effect, the uninsured rate fell to about 10 percent, the lowest level in U.S. history. About 10 million people have bought insurance through the exchanges created by the health care law. Another 10 million got coverage through the expansion of Medicaid.

.@realDonaldTrump: "#Obamacare is dead...a fallacy...nothing there...it's gone." I;m sure the 20+million ppl on it will disagree w/u. #trump

That's not to say the Obamacare marketplaces aren't struggling. In some states insurers are pulling out of the markets because they're losing money, as Trump pointed out.

"Aetna just pulled out. Other insurance companies are pulling out," he said.

That's true. Aetna pulled out of all the Obamacare exchanges. In some states — Tennessee and Iowa, for example — there are areas that risk having no insurer at all. And premiums have been rising across the country.

Standard & Poors, for example, said last month that insurance companies that offer health plans on the exchanges are losing less money than ever, and the markets are becoming more stable. The Kaiser Family Foundation says more than half the population has the choice of three or more insurers if it wants to buy a policy on the exchanges. And most people who get insurance through the Affordable Care Act receive subsidies to offset the rate increases.

Several insurance companies, however, have said the uncertainty caused by Republican efforts to repeal the law have led them to either pull out of the markets or raise their rates for next year.

So when Trump says, as he did today, "Obamacare is a fallacy. It's dead," that's not exactly true.

But he hopes to help make it so.