Accessibility links
The Trump Fire Hose Of News Threatens To Hobble His Presidency The avalanche of news since Donald Trump was inaugurated has overshadowed the GOP's domestic agenda, and now the president embarks on his first overseas trip, with potentially big consequences.

The News Can't Stop, Won't Stop — All This Happened This Week

The News Can't Stop, Won't Stop — All This Happened This Week 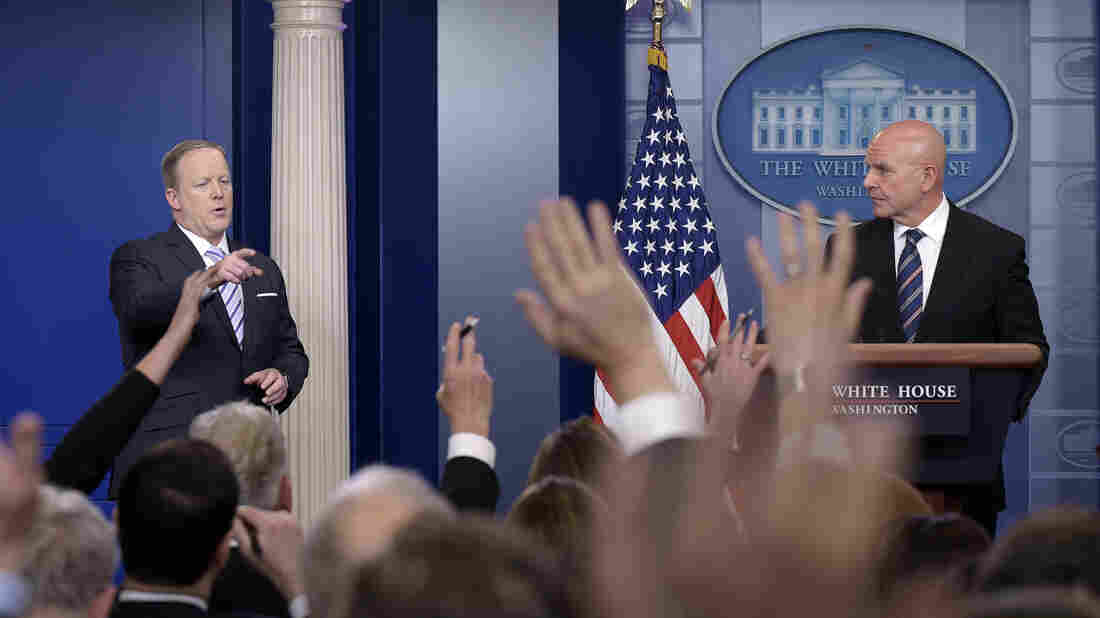 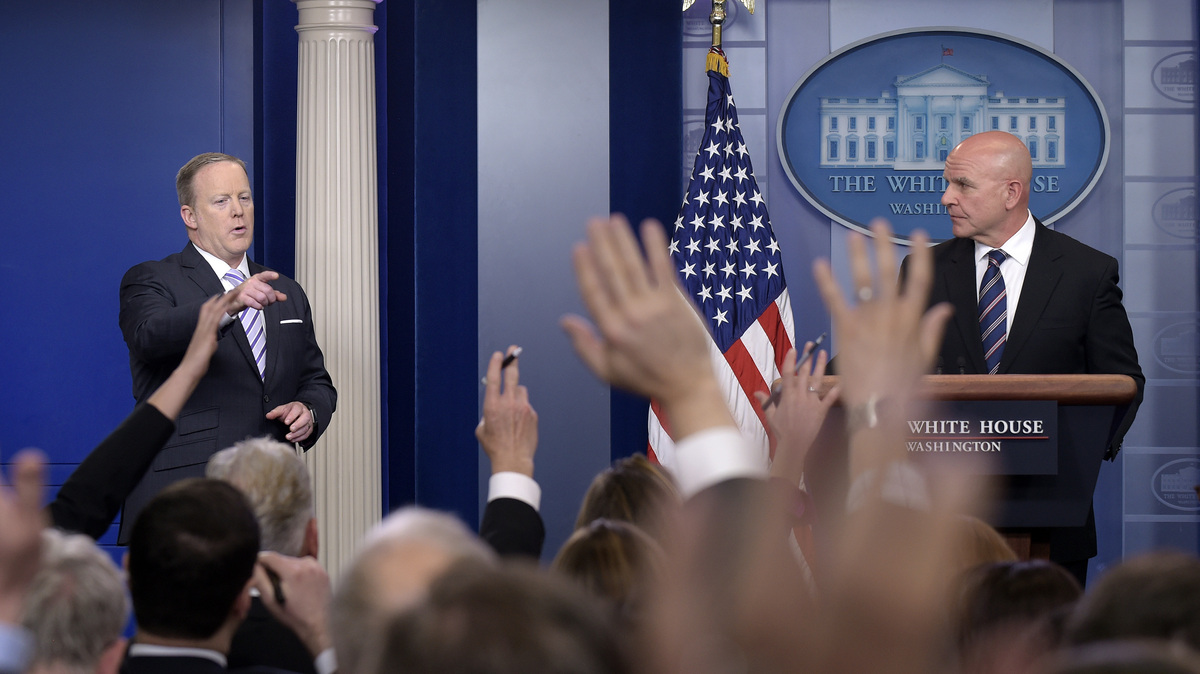 You'd be forgiven if you only vaguely remembered that, because it was so long ago — Monday, a lifetime in Trump-era news terms.

Take a look at what else happened this week

Wednesday
"Trump: No Politician 'Has Been Treated Worse Or More Unfairly' Than Me"
"Former FBI Director Mueller Appointed As Special Counsel To Oversee Russia Probe"
"House majority leader to colleagues in 2016: 'I think Putin pays' Trump"
"Trump Team Knew Flynn Was Under Investigation Before He Came to White House"

The seemingly nonstop avalanche since Trump was inaugurated has threatened to hobble his presidency. It has overshadowed Republicans' domestic agenda, and now, the president embarks Friday on his first overseas trip. It carries potentially high stakes, given the Russia investigation and Trump's reported sharing of highly classified intelligence with the Russians, especially considering the source of that information.

Trump is delivering an address on Islam on Sunday in Saudi Arabia. It is supposed to be "inspiring but direct" on "radical ideology," according to national security adviser H.R. McMaster. The speech — by a man, who called for a ban on Muslims coming into the United States as a candidate — "is intended to unite the broader Muslim world against common enemies," McMaster added.

Trump is also heading to Israel, the country that multiple outlets have reported supplied the classified information about an ISIS plot that Trump shared with the Russians.

And the president is also meeting at the Vatican with the pope, someone who said last year that Trump is "not Christian" if he's talking about building walls. As he does, Trump responded, calling Francis' comment "disgraceful" and accusing him of being used as a "pawn" of Mexico.

"If and when the Vatican is attacked by ISIS, which as everyone knows is ISIS' ultimate trophy," Trump said, "the pope can have only wished and prayed that Donald Trump would have been president because this would not have happened."

So, who knows what could happen on this trip?

What we do know is that, ahead of the trip, Trump is in a defensive posture — and he has resorted to grievance politics.

"Look at the way I've been treated lately, especially by the media. No politician in history — and I say this with great surety — has been treated worse or more unfairly," Trump said in a commencement address Wednesday at the U.S. Coast Guard Academy, his one military academy commencement speech of the year.

(It wasn't the first time he used an event with a service academy for his own political purposes. When he presented the U.S. Air Force Academy with the Commander-in-Chief's Trophy earlier this month in the Rose Garden of the White House, he was still smarting from the narrative that he came out on the losing end of the spending bill and railed against Democrats.)

He took to Twitter the morning after former FBI Director Robert Mueller was named special counsel to head up the Justice Department's investigation of the Trump team's ties to Russia in the presidential election. He called "this" the "greatest witch hunt of a politician in American political history."

Later Thursday, he told NBC News that a special counsel "hurts our country terribly, because it shows we're a divided, mixed-up, not-unified country."

For The Deal-Making Trump, Compromise Seems To Be A Dirty Word

And then he went back again to electoral politics, accusing Democrats of sour grapes. "It also happens to be a pure excuse for the Democrats having lost an election that they should have easily won, because of the Electoral College being slanted so much in their way," he said. "That's all this is."

This news fire hose, a result of errors forced and unforced for Trump, can have consequences — for the president, for his party and the country.

Senate Majority Leader Mitch McConnell called a couple times this week for "a little less drama from the White House, so that we can focus on our agenda."

When it comes to foreign affairs, the stakes are even higher.

"I think there is, first of all, concern about the damage that was specifically done to Israeli assets as a result of this leak," Chemi Shalev, a columnist for the Israeli paper Haaretz, said in NPR's Up First podcast Wednesday, "secondly, concern about the safety of information that is moved to the United States and anger, even, at the fact that this relationship would be put in such jeopardy."

If allies can't trust the American president, what political capital does he have to tackle thorny international issues, like trade, Mideast peace or relations with the Islamic world?

"If the president gives his word to the American people or to legislatures or to a foreign power, then everyone on every level has to know that he means what he says and he says what he means," said Rick Tyler, former adviser to Ted Cruz's presidential campaign and former spokesman for former House Speaker Newt Gingrich. "And this president is demonstrating none of that."

John Feehery, a Republican consultant and former congressional spokesman, said most of Trump's voters probably won't care. But that doesn't mean there aren't potential problems for the GOP.

An earlier version of this story incorrectly referred to the Commander-in-Chief's Trophy as the President's Trophy. Additionally, we incorrectly quoted Chemi Shalev's remarks. He said, regarding damage to Israeli intelligence assets, that there was "anger, even," not "angry, then."