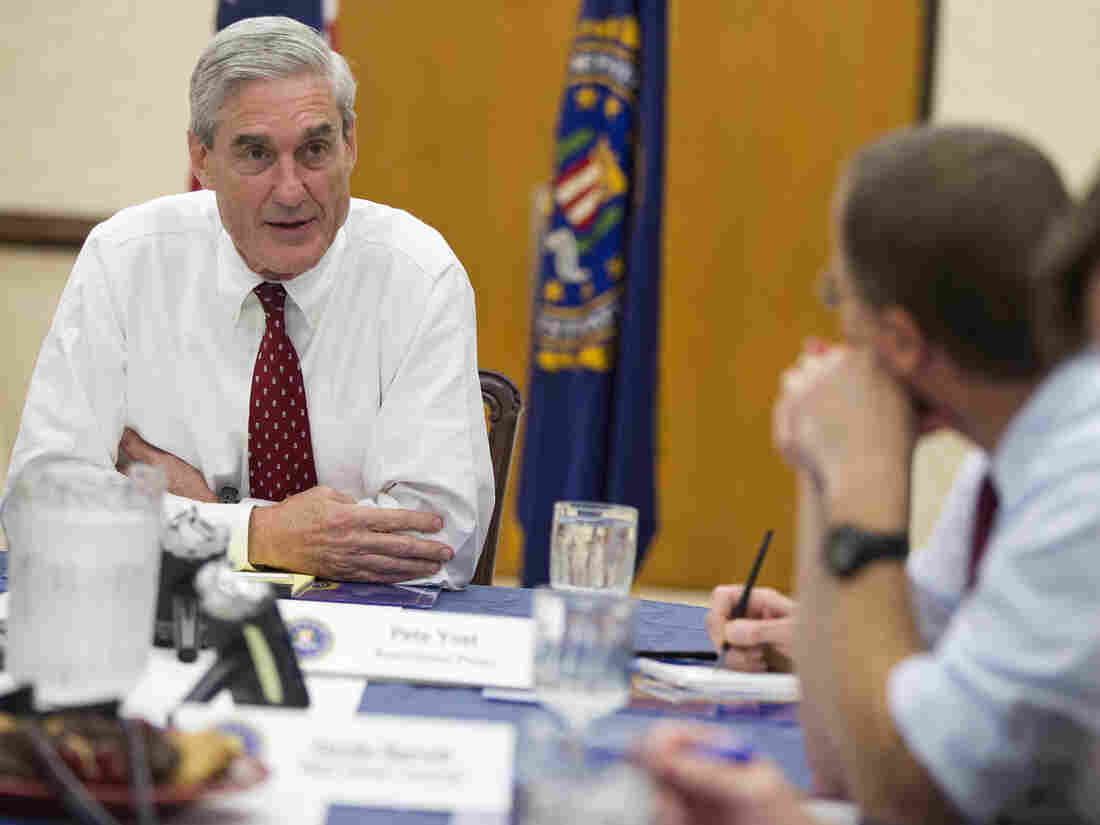 Robert Mueller speaks during an interview at FBI headquarters in Washington on Aug. 21, 2013, as his tenure as FBI director was coming to an end. Evan Vucci/AP hide caption 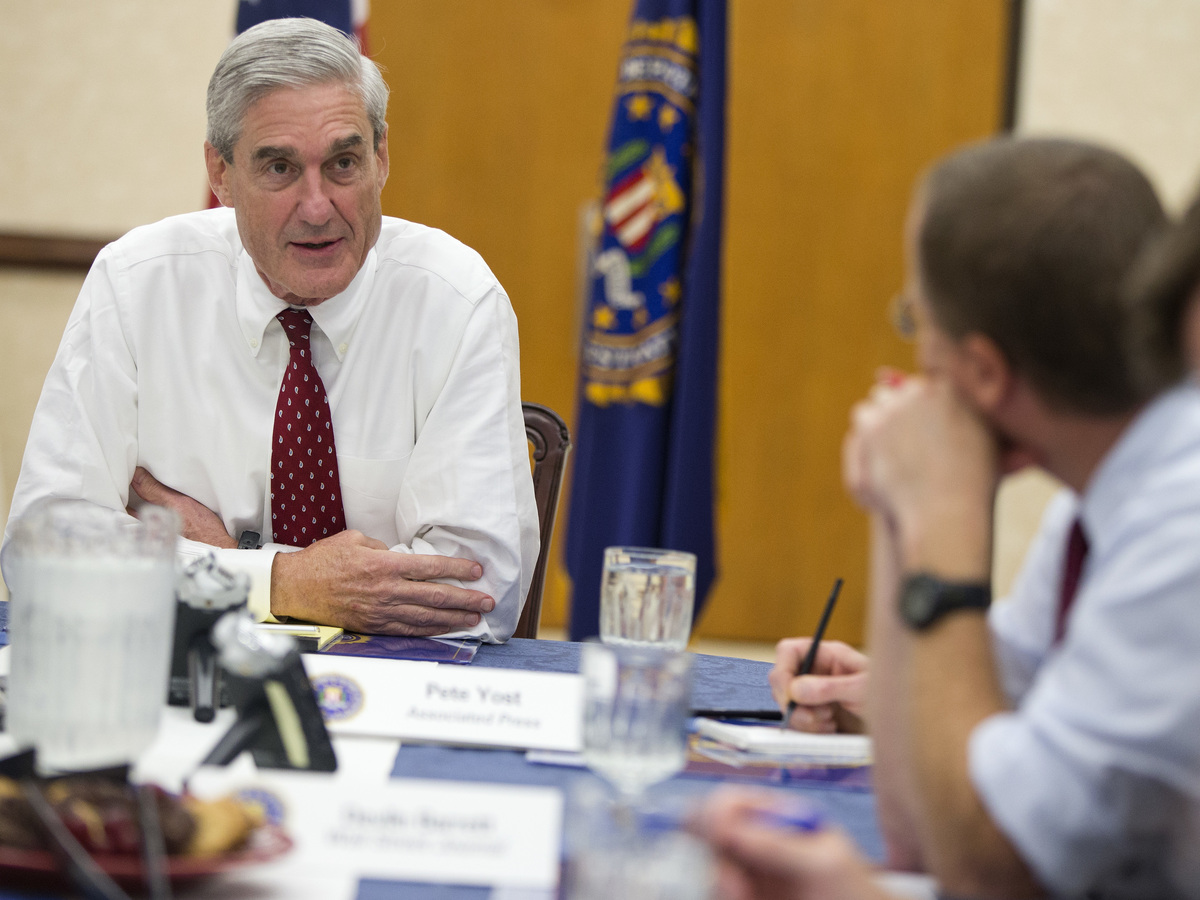 Robert Mueller speaks during an interview at FBI headquarters in Washington on Aug. 21, 2013, as his tenure as FBI director was coming to an end.

On Wednesday afternoon, the Justice Department selected Robert Mueller III as special counsel to investigate any links or coordination the Trump campaign had with Russia as part of that country's effort to interfere in last year's presidential election.

"Special Counsel Mueller has agreed to resign from his private law firm in order to avoid any conflicts of interest with firm clients or attorneys," a Justice Department statement noted.

It so happens that Mueller had been working at WilmerHale, which represents former Trump campaign manager Paul Manafort, the president's daughter Ivanka Trump and Trump son-in-law Jared Kushner — people who might be witnesses, or more, in the course of Mueller's high-profile investigation.

That turn of events has got people asking whether Mueller's previous role poses conflicts for his current one. So NPR consulted with ethics experts to get their take.

First, the legal ethics. A spokesman at WilmerHale told NPR that Mueller "had no role whatsoever in the representation of any client in connection with the Russia inquiry, and he has no confidential information with respect to such matters." Same goes for Aaron Zebley, who was one of Mueller's top aides, and James Quarles, another WilmerHale partner joining Mueller's special counsel team, the law firm spokesman said.

To Stephen Gillers, a professor of legal ethics at New York University School of Law, the inquiry ends there.

"If he was not involved in the representation at all, then there's no problem," Gillers said. "Once he leaves the firm, he's purged from any conflicts the firm had."

Next, there are government ethics rules. Under those rules, a government employee needs to consider whether a reasonable person could question his or her impartiality because of a "covered relationship" with an organization, where that organization represents a party in a case or an investigation. "Then," the rules say, according to Washington University School of Law Professor Kathleen Clark, "don't participate unless a designee in an agency makes an independent determination" that it passes muster.

Sarah Isgur Flores, a Justice spokeswoman, said according to her read of the special counsel regulations, counsels undergo "appropriate" background and conflicts-of-interest checks after an appointment is made. That review did not appear to be complete as of late this week.

As long as someone inside the department makes that determination, Professor Clark said, she foresaw few problems with the new assignment for Mueller.

"The impartiality regulation has within it, flexibility," Clark said. "It would be a shame if someone of Mr. Mueller's independence were prevented from taking the job because of a rigid interpretation of a rule. The government's need for his services is rather extreme at this point."