Accessibility links
Bambu: 'My Music Is Here To Push People To Organize' The Filipino-American rapper and activist discusses how gang life and poverty shaped his youth in 1990s Los Angeles and how he draws on those experiences in his uncompromising music. 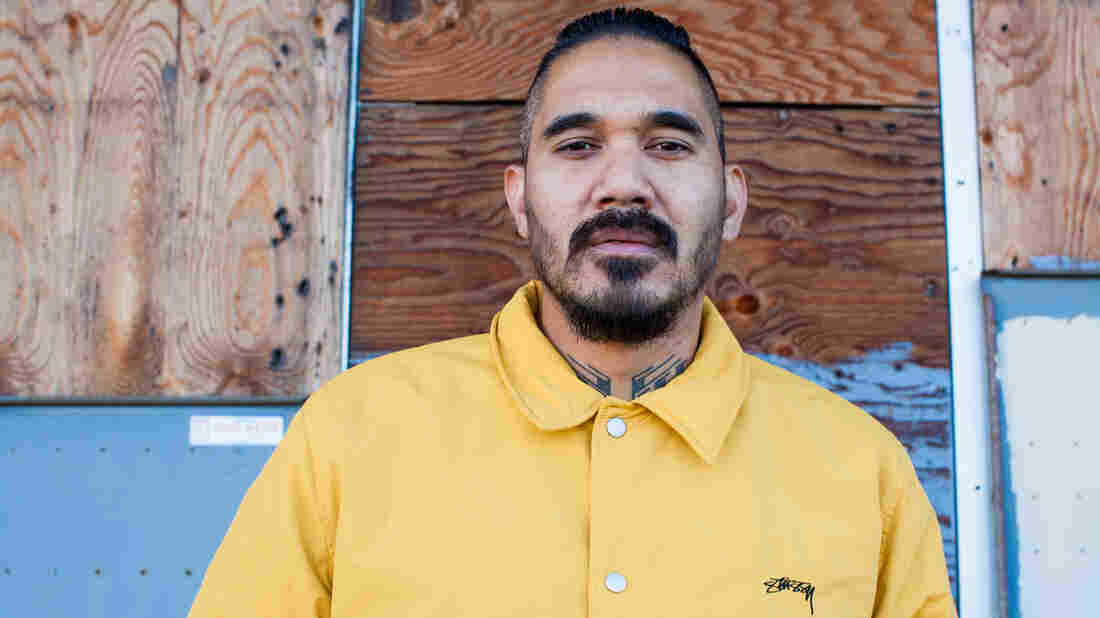 "I want you to feel uncomfortable," Bambu says. "It's how I walk in the world every day." Courtesy of the artist hide caption 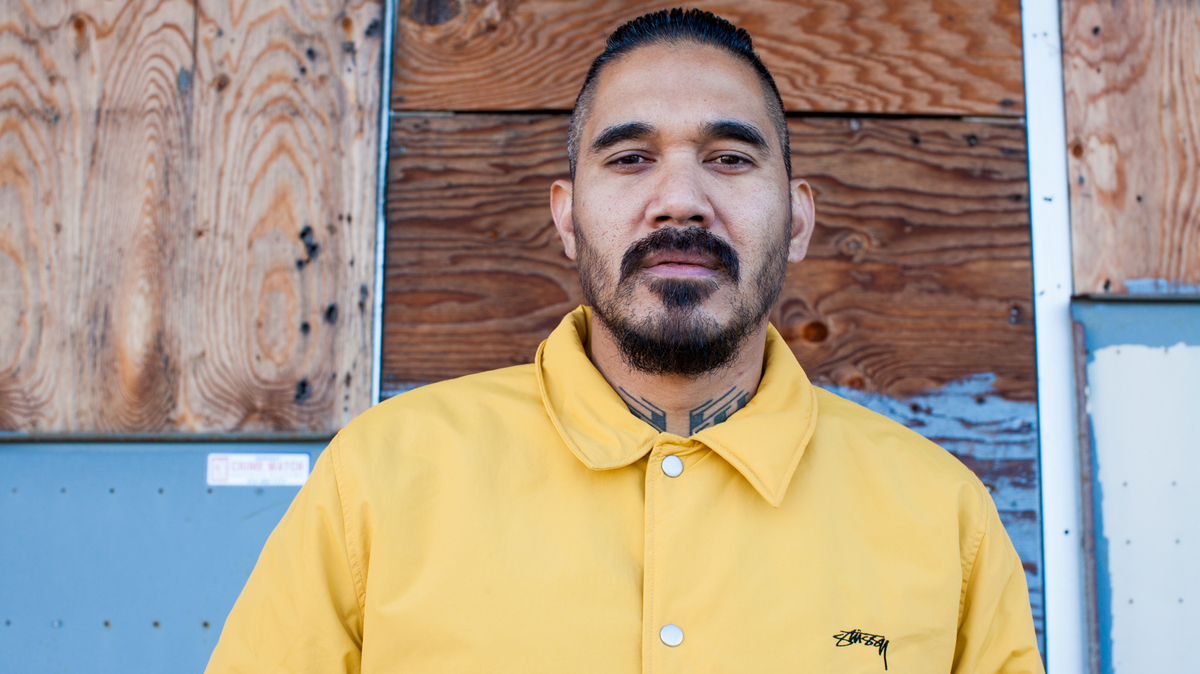 "I want you to feel uncomfortable," Bambu says. "It's how I walk in the world every day."

Jonah Deocampo grew up in Los Angeles in the 1990s, one of the estimated 3 million members of the Filipino diaspora in the United States. At 15, he got involved with Filipino street gangs, which eventually led to an arrest for armed robbery. At that point — on what he describes as the "advice" of a judge — he joined the Marines.

Today, he's Bambu DePistola: a community activist and rapper with a committed following in underground hip-hop circles. Bambu's message is uncompromising — for some, uncomfortably so — and he's begun to attract more widespread attention through opening shows for Common and collaborating with Killer Mike of Run The Jewels.

Bambu spoke with NPR's Michel Martin about his youth in LA, why hip-hop appealed to him as the child of immigrants and how he's responded to critics who say his music is too negative. Hear their full conversation at the audio link, and read on for an edited transcript.

Michel Martin: Let's start with the art. Did you grow up thinking of yourself as an artist, as a rapper?

Bambu: No, for me, especially, it just started with rapping about the gang and the neighborhood and the things we were doing, and reflecting that back to the neighborhood homies. And we would freestyle — where you just improv — and I found that I had a knack for that, and I practiced over and over again. It wasn't until I got out of the military that I really pursued it as a career.

Let's talk a little bit about your experiences as a young man growing up in LA. Can you paint a picture for us?

I grew up [with] immigrant parents in Los Angeles in the late '80s, early '90s. There were gangs — black gangs, Latino gangs. MS [-13] was just getting started, which is a [Salvadoran] gang. ... It was wartime mentality in Los Angeles at that time. You're talking about a lot of working-class immigrants being confined in these communities and these youth having no real outlet and already feeling like not a part of the society. So it was part of our assimilation; it seemed more tangible to us.

Why is that? Because a lot of people will say, "Oh, that's just making excuses, everybody has a choice."

You have to understand the mentality of youth at that time, especially being young immigrants. Our parents don't speak English; our parents are very disempowered, and they echo that into the household, so empowerment is something that we constantly crave and look for. And when there's a street gang that stands up for themselves, that is under the guise of protecting our community — young black and brown youth organized in this way — that's appealing. That feeds the teenage angst where you really have no outlet. Especially in Los Angeles, especially being poor, there was not a whole lot of things for you to do.

What's the famous phrase — that rap is the CNN of the streets? It really expresses a reality. And now there are a lot of rappers who are very mainstream — I mean, Snoop Dogg's doing a show with cooking maven Martha Stewart, right? And yet your work is still very hard-edged. There's a level of anger in it that I think stands out.

That's hip-hop. What attracted me to hip-hop was the same thing that attracted me to the gangs: It was unapologetic, and that is what I needed at the time. It's the same reason the military appealed to me. It fed that side of me that I felt was lacking, growing up in a community where you really don't feel like you belong, where you're watching television where the people don't look like you, where you have police that make sure you don't cross a certain boundary or a certain line — you definitely don't feel like you're a part of the greater society. It wasn't til I joined the military that I really had conversations with white people that weren't "yes, officer," "no, officer." That was the first time. And for them it was the first time a lot of them had seen Filipino people.

So how do you decide now what it is that you want to say?

I want you to feel uncomfortable — it's how I walk in the world every day. My release is in that music, so it always comes off as abrasive and hard because that's the way it feels to walk in my shoes.

Your song "Routine" might bring that point home for some people. That is your son's voice on the track, is it not?

That is my son, yeah.

Did he hear you sing rhymes like "I know you wonder why I get nervous when you bring your Nerf gun outside/ 'Cause police see a little brown boy with a gun toy, that's on sight"? Or did you record them separately?

Absolutely, yeah, we have that conversation all the time. Kahlil, my son, goes to a school that is 95 percent black — all his friends are black. So these are questions that are already brewing in his head. And that song was written after Tamir Rice was shot. You know, thinking about my son and him playing outside with his friends with his toy guns — how could I not write that song? And what I found was, as opposed to getting softer on issues, I ended up going harder on issues because I know what my son's looking down the barrel of, in regard to what his future looks like, especially now in this climate.

Speaking of this climate, I'm wondering whether there are other people in the community — particularly the larger Filipino diaspora — who don't dig your act and basically think that it's too negative, doesn't reflect well on the community. Have you gotten that feedback, and if so, what do you say?

Yeah, from immediate family and beyond. There's a cultural thing of just keeping the family business quiet. Culturally, Filipinos don't want to put our stuff on blast, we like to keep it in-house — and I'm the complete opposite. My music is here to push people to organize, period.

And so when I get hit with these internal criticisms — mostly by model-minority, fully assimilated Filipinos who possibly voted for Trump — they attack me and say I just need to keep my mouth shut and that we got it good and that Filipinos, as far as immigrants are concerned, we're a success story, blah blah blah. But they don't see what I see.