Accessibility links
On Trump's Visit To Saudi Arabia, Troubles At Home Won't Likely Follow Saudi Arabia is the first stop on President Trump's first overseas trip. Despite his anti-Saudi rhetoric during the campaign, there are reasons Saudi leaders may welcome him. 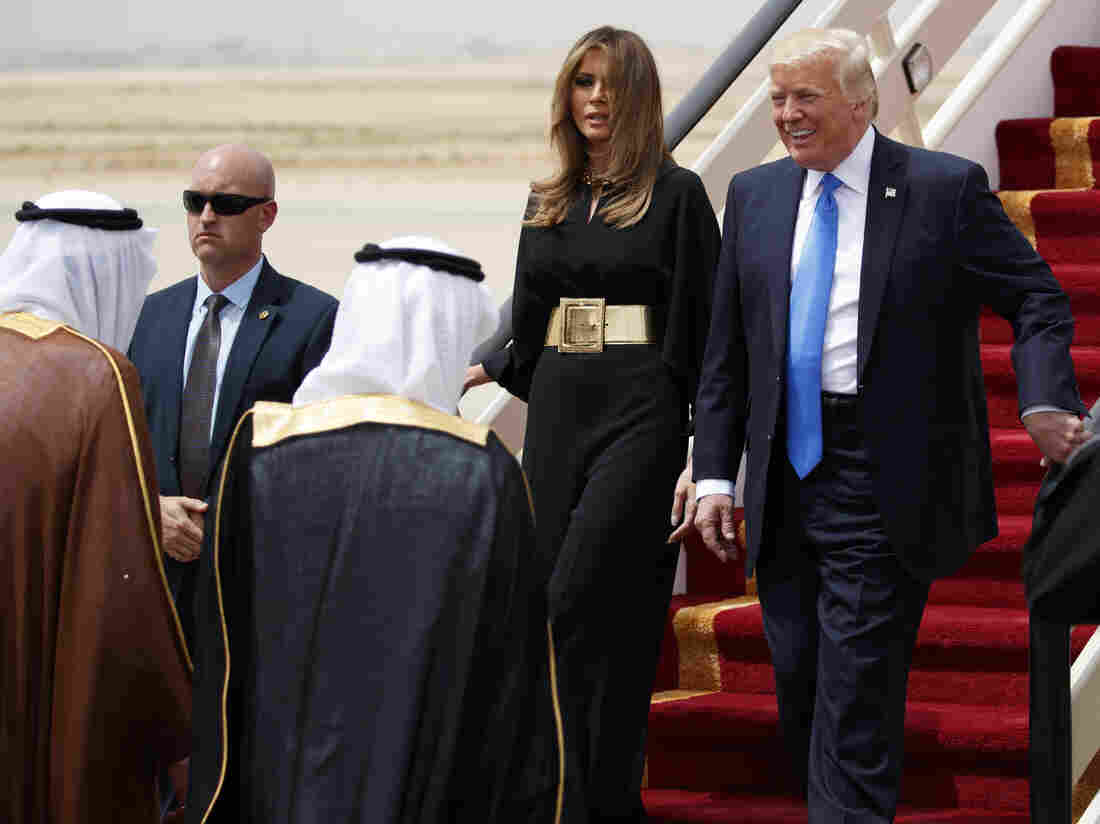 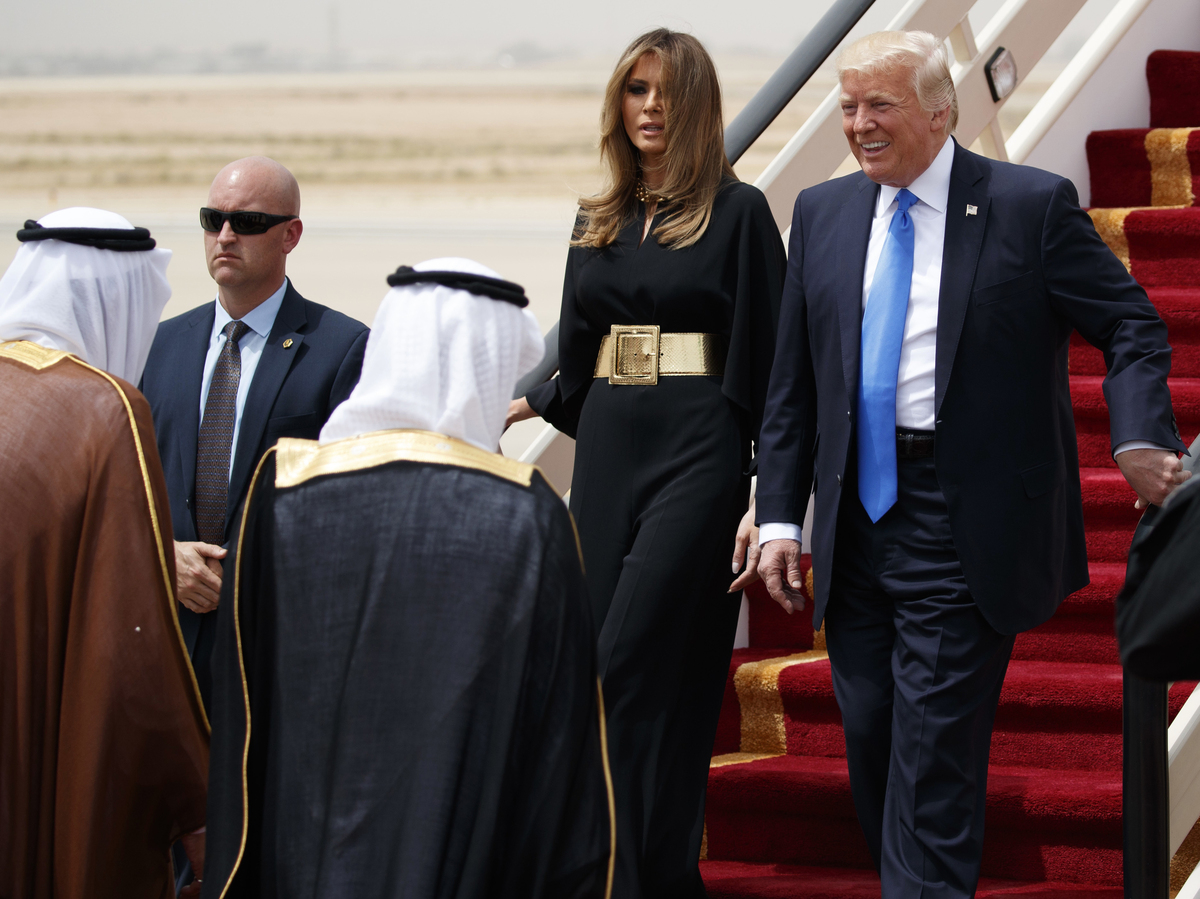 President Trump arrived in Saudi Arabia on Saturday carrying baggage — namely, a swirl of controversy stemming from his firing of FBI Director James Comey and the ongoing Russia investigations. But his hosts in Riyadh aren't likely to be bothered by it all.

Trumpeters played and jets flew overhead with red white and blue smoke trails decorating the sky as Trump emerged from Air Force One in Riyadh. He was greeted by Saudi Arabia's King Salman and children bearing flowers. A long red carpet led from Air Force One to the airport terminal.

Middle East expert Ilan Goldenberg is just back from a trip to Saudi Arabia and the United Arab Emirates, which included meetings with high-level government officials.

"I think they were very optimistic about President Trump," says Goldenberg, who runs the Middle East Security Program at the Center for a New American Security.

That might be surprising considering some of the ways Trump disparaged Saudi Arabia as a presidential candidate.

A check of his Twitter feed shows multiple tweets accusing Saudi Arabia of "freeloading," including this one from June of 2015.

That was a familiar refrain on the campaign trail. At a rally in Green Bay, Wis., in August, Trump said, "We have military bases that we rent — we pay rent to Saudi Arabia to protect them. No, no — think of it. ... Think of the stupidity."

And in a general election debate last year, Trump blasted Hillary Clinton because the Clinton Foundation had taken money from Saudi Arabia. But his remarks were as much a criticism of the country's human rights record as of her.

"I'd like to ask you right now why don't you give back the money that you've taken from certain countries that treat certain groups of people so horribly?" he said.

There's also the matter of the executive orders President Trump signed aimed at halting travel — at least temporarily — from several majority-Muslim countries in the name of security. Critics see them as "Muslim bans."

But none of that, experts said, was likely to dampen the enthusiasm for Trump in the Persian Gulf region.

Why? Part of it has to do with the contrast between the new U.S. president and his predecessor, President Obama.

"For the Saudis, anyone is better than Barack Obama," Shadi Hamid of the Brookings Institution said. "That was a really low point from their perspective."

Obama never really developed a rapport with Arab leaders, Hamid said. And they were particularly put off by Obama's willingness to negotiate with Iran, Saudi Arabia's main rival in the region.

"Even if they have some concerns about Trump and his unpredictability, they still see him (Trump) as an improvement. And they're enthusiastic in part because of Trump's strong rhetoric against Iran."

There are other reasons leaders in Saudi Arabia and other Gulf states have an affinity for Trump.

"Trump has a strongman persona. And that endears him to autocratic leaders in the Middle East," Hamid said. "They never liked that Obama would bring up human rights concerns in their meetings. They don't have to worry about that as much with President Trump, who is not prioritizing human rights or democracy."

Jerry Feierstein, a senior fellow at the Middle East Institute, agreed that Trump's persona has helped endear him to these leaders. Trump's tendency to run the government like a family business, with a close circle of advisers like his daughter and son-in-law, isn't seen as a negative in a part of the world run by extended families and monarchies, he said.

"For them, Donald Trump is a very understandable and relatable individual," Feierstein said. "He's a sympathetic character. He behaves the same way they behave."

This isn't to say Trump is universally popular among the citizens of the Gulf countries. However, he is unlikely to face protests while in Saudi Arabia — because that sort of public show of dissent isn't allowed.