Accessibility links
Interview: Laleh Khadivi, Author Of 'A Good Country' Laleh Khadivi's new novel traces the path of a young Muslim man in California, the son of strict Iranian immigrant parents, from his first bong hit at age 14 to his eventual radicalization. 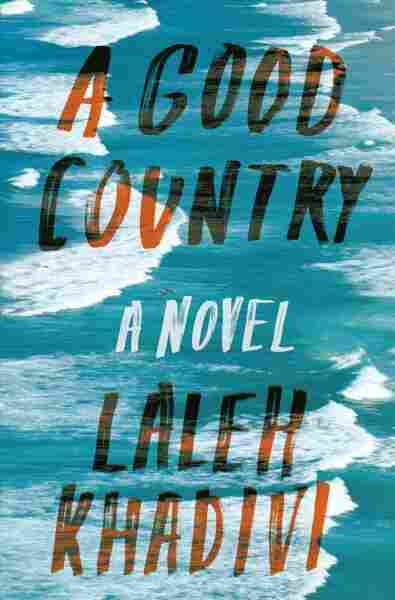 How does Rez, a laid-back stoner surfer dude from Laguna Beach, get drawn into a web of fanaticism?

Laleh Khadivi's new novel A Good Country tells the story of Alireza Courdee from the time he's a 14-year-old chemistry whiz, the son of Iranian immigrants, to his transformation into an American kid who leaves America behind, in all ways, to disappear into a forbidding and destructive life.

Khadivi says there's no straight line from bong hits to radicalization, but, she says, "I do think there's something that happens to boys becoming men that is a series of rites of passage. And ... illicit drugs or having sex, or any of these taboo things are some of these portals that kids go through, boys especially. And fanaticism to me, as I was witnessing it in a global way, was the last portal. And I wanted to write something that charted these transitions."

That's something that I thought about a lot when I was sort of following the story of the Boston Marathon bombings, and how it was to be Muslim in this country, and to be a Muslim man in a place that's already slightly turned against you. But I imagined a situation in which someone in your very close community was affected by an act of terrorism, and you are of a Muslim family, what the ramifications would be like in that community, and I took it a few steps further and then did research and found that it wasn't that uncommon for people who were related to, you know, Russian immigrants, or children of Muslims or practicing Muslims to experience racism in high school afterwards. It tends to be that people are looking for someone to blame.

On Rez's relationship with his crush Fatima

... illicit drugs or having sex, or any of these taboo things are some of these portals that kids go through, boys especially. And fanaticism to me, as I was witnessing it in a global way, was the last portal.

Rez is at the point where he's realized that the American idea of himself is not going to pan out. And he looks to Fatima, and he sees her, and she has never had an American idea of herself. She's had an idea of herself as belonging to her family, and to sort of a Middle Eastern subculture in Southern California, and staying within the clan. And he looks to her and sees the ways in which this brings her strength — she doesn't try to have American friends or be an American teenage girl, and this makes her endlessly fascinating to him.

On the effects of Rez and Fatima's ideas and choices

Being an adolescent makes you vulnerable, but being an adolescent on a mission makes you even more so, because they have an idea of a life that has not yet been proven to them, and they're willing to risk everything — their relationships with their families, their futures, their opportunities that they have not yet seen themselves in — for an idea that is a romantic notion. And teenagers have beein doing this since the beginning of time. Romeo and Juliet did it, and that myth [is] writ large over multiple cultures. Teenagers are constantly throwing all their eggs in a single basket and hoping for the best. And if anything, I wanted to capture the beauty of the spirit that goes towards this, and the ways in which this can disappoint.