Accessibility links
In 'Margot Sanchez,' A Teen Grows Up And Learns To Love The Bronx Instead of going to the beach with her prep school friends, Margot is stuck working at her father's supermarket in the Bronx. Lilliam Rivera says her YA novel was inspired by her own Bronx childhood. 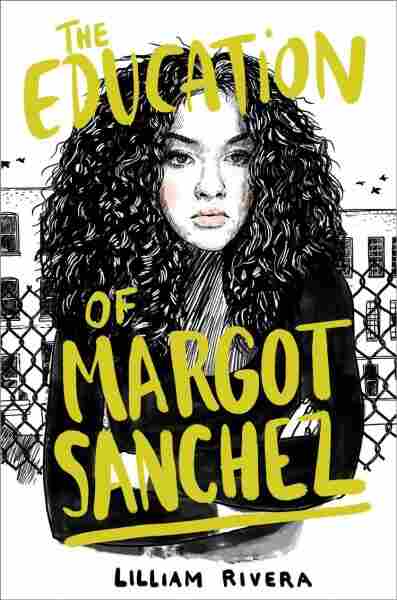 The Education of Margot Sanchez

Margot Sanchez has big dreams of fitting in at the new, expensive prep school her family has sacrificed to send her to. But it's summer and instead of going to the Hamptons with her rich, white friends, she's stuck working at her family's business in the Bronx.

Margot is the protagonist of Lilliam Rivera's new young adult novel, The Education of Margot Sanchez. Rivera explains that Margot is "being punished because she stole her father's credit card to charge some pants and clothes for herself, and her punishment is to work off her debts at her father's supermarket."

Needless to say, she isn't happy about it. But it turns out to be a summer of revelation for Margot. "She's going to realize that there are things that she is going to love about the Bronx," Rivera says.

On Margot's efforts to erase her ethnicity

I think there's moments when you're young that you're just trying to put on different masks. And for Margot her mask right at this moment is just to really follow what her prep school friends are doing. And if they're into Taylor Swift, then she's gonna do that. And they're not listening to Reggaeton or any kind of, like, old school music that she used to like. She so desperately wants to fit in that she's willing to, you know, straighten those curls out and really just deny those things that maybe made her unique.

On growing up in the Bronx

I grew up on 183rd and Webster Avenue in the Twin Parks West housing projects. There's five of us all together, a Puerto Rican family, really huge family, and they still live in the South Bronx, now just at like 149th. So growing up there was definitely a lot of love and just trying to maintain, you know. We lived in the housing projects when they first opened up, so there was a lot of hope when we moved in there. And I remember just looking out the window and seeing fireflies and just playing in the playground and everything was great. And then, you know, things change and shift, and things became a little bit harder living there and not as safe.

On the inspiration for Margot's story

It was a little bit personal in the sense that, you know, my first job, I worked with my father. He worked at a private hospital in Manhattan. ... I was 14 and I ... loved my father so much — like, he could do no wrong. ... And although we didn't work at the same department, I was able to see him in a totally different light and it was very humbling work that he was doing. He worked as a nurse's aide, and it was the first time I saw him take care of people that weren't family. And it was the first time I saw someone telling him what to do. And all of that just sort of shifted the way I saw him.

I wanted to write about that moment when young people see their parents in a new way, in a realistic way ...

On deciding to throw her book launch party in the Bronx, a bookstore desert

The library was the only place that you could get books, you know, and that's where I spent most of my time. So when I was thinking of a launch party for this book, I knew for sure I wanted it to be in the Bronx. I mean, definitely. But, you know, there were no bookstores, so finding a location for it became quite challenging for us. And I was able to find Noëlle Santos, who's trying to build a bookstore in the Bronx, and she ended up pairing with us and she sold my book at my launch party. And that was such a big deal for me to just have it in the Bronx, to be able to, like, celebrate a book about the Bronx, set in the Bronx, with the people that would read it. ... But it was a challenge, and I was just like: I can't have a launch party in the city. It's just — that's crazy. It didn't make sense to me, especially when this book was so tied to my home.