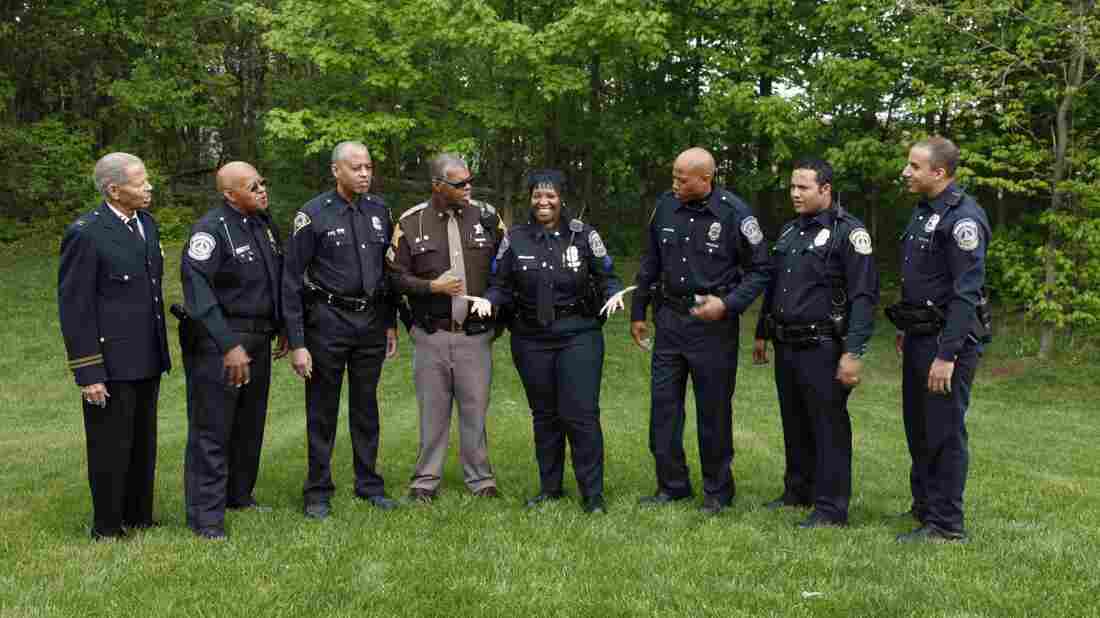 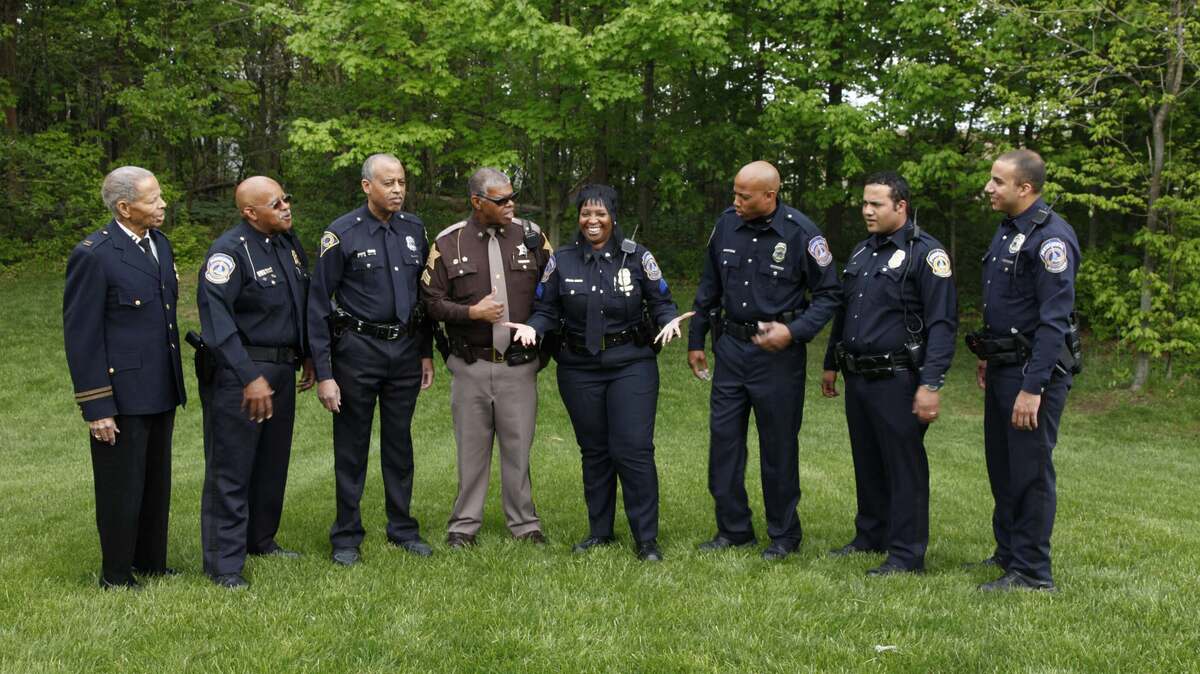 Courtesy of the White Family

In the early 1950s, Clarence White was a rookie policeman with the Indianapolis Police Department, and being African-American, there were rules he needed to follow. He says the department had a gentleman's agreement where black cops could not arrest white people.

White is the patriarch of three generations of African-American police officers in the Indianapolis Police Department. It was a career he initially did not want. 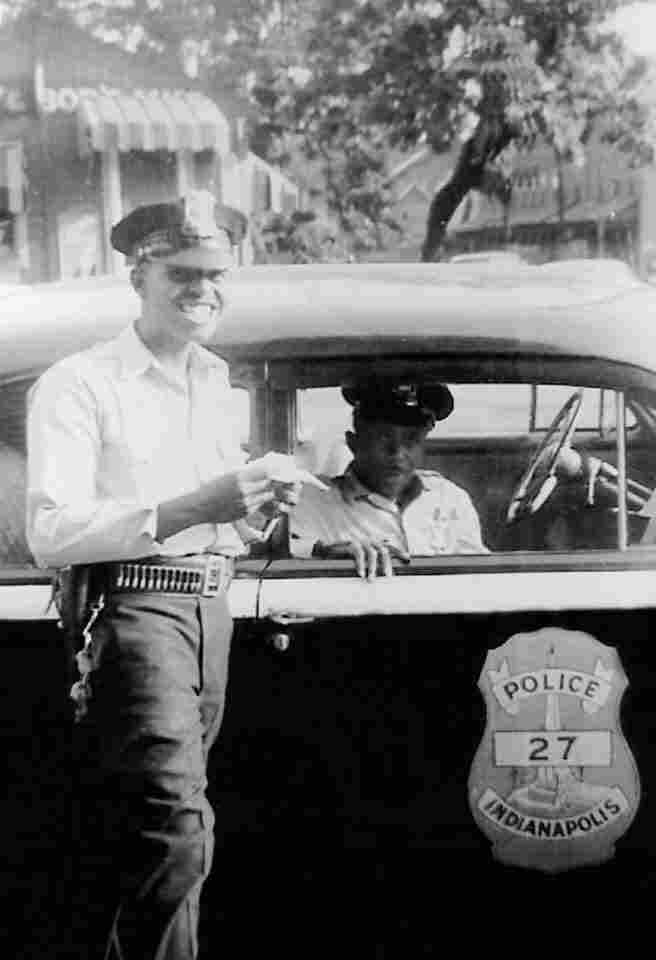 When officers Clarence White Sr. (left) and Albert Finnell joined the Indianapolis Police Department in the 1950s, they had to ride in either Car 27, or Car 29, which told the public African-American officers were in those cars. Courtesy of the White Family hide caption

"I was sort of forced into this," says White. "I tried to join the fire department three times, turned down three times because they said I didn't pass the test."

White credits his persistent uncle, who was already on the police force, for getting him to take the police exam. White said it was the same questions as the fire department test. He passed with a 99 percent.

During that time, White was only allowed to ride in two police cars — Car 27 and Car 29. Those numbers let the public know African-American police officers were inside.

The Indianapolis department had African-American police officers dating back to the 1890s, but White, now 90, was part of the first generation of African-Americans to make rank. He ascended to captain before retiring in 1974.

But when his oldest son, Clarence White Jr., now 66, joined the force in 1975, his father kept his reservations to himself.

White Jr., said he started his career on the force during the end of the hippie revolution, when police officers were not well-liked. Public opinion grew worse when the department became embroiled in national scandals involving excessive use of force and the shootings of unarmed black men.

Today, White Jr., thinks police shootings of unarmed black people continues, in part, because of racism in the department.

"I've been involved in a situation where a white officer ... I felt his big issue in working in the community was his dislike of black people. It exists. It will always exist and is something that we have to continually work toward making better," he says.

His nephew Rodney White, 41, also says it will take some work, but these issues can be fixed.

Rodney is still active in the Indianapolis Police Department. Growing up, he was surrounded by police officers, including his mother and father.

When it comes to dealing with police shootings of unarmed black people. He said it will require more training, and a focus on recruiting more officers from the community.

"If you don't grow up in a specific location, and you're not used to dealing with the African-American culture and some of the mannerisms and the way that we speak and the way that we carry ourselves ... You have to actually be around it to really kind of understand," Rodney says. 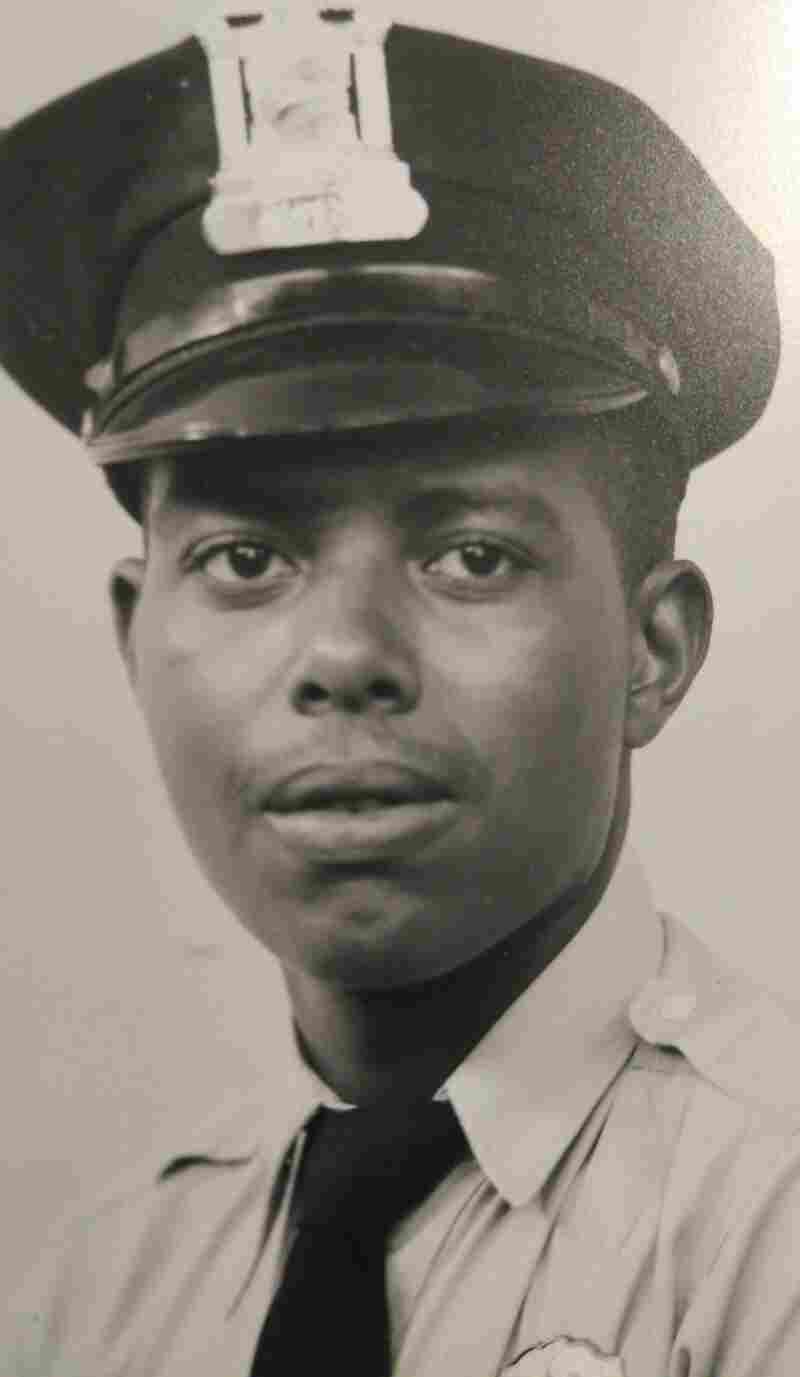 Despite efforts by police departments nationwide to employ more people of color into the force, African-Americans still hold a more unfavorable view of police than their white counterparts, according to Pew Research.

Clarence White Sr., says this point of view is an issue African-American officers still have to navigate while they're in the field.

"Black men and women in the street — when they confront a white officer, it's with the sense that what they say or how they say it, they're going to jail. And the black officers, the same thing happens," he says. "We put on a uniform, and the black community says you represent the white establishment. So we have a problem trying to win them over."

But White Sr. has an approach he used before he retired.

"When I approached a white perpetrator or a black perpetrator, I whispered to him what I was going to do," says White. Sr. "I didn't force anybody — punch him, anything."

He says it's how he would have liked to be treated.

A caption in a previous version of this story incorrectly identified members of the White family. They are pictured from left to right: Clarence Sr., Clarence Jr., Rodney Sr., Keith, LeEtta, Rodney Jr., Christopher and Thomas White. In addition, Christopher White's name was misspelled in the same caption.