Accessibility links
Jury Selection In Bill Cosby's Sexual Assault Trial Begins Monday A year and a half after Cosby was charged with felony counts of sexual assault over a 2004 encounter, which Cosby maintains was consensual, jury selection is to begin Monday in Philadelphia. 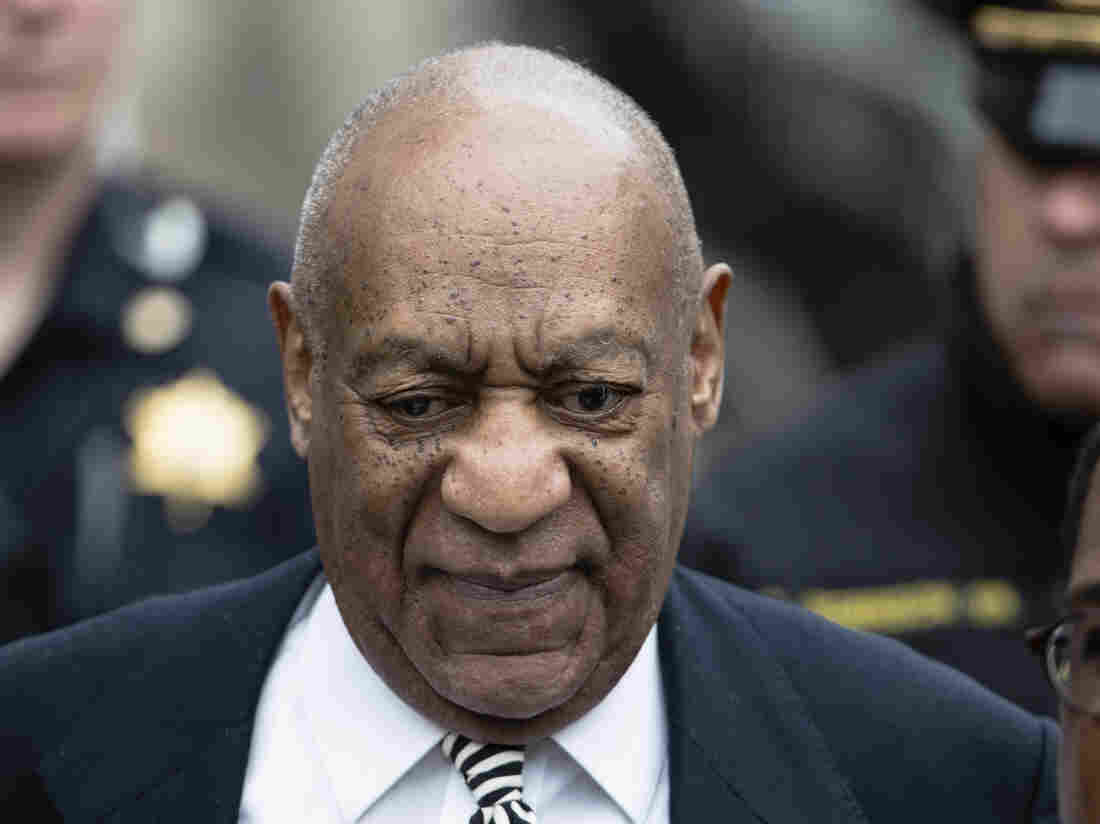 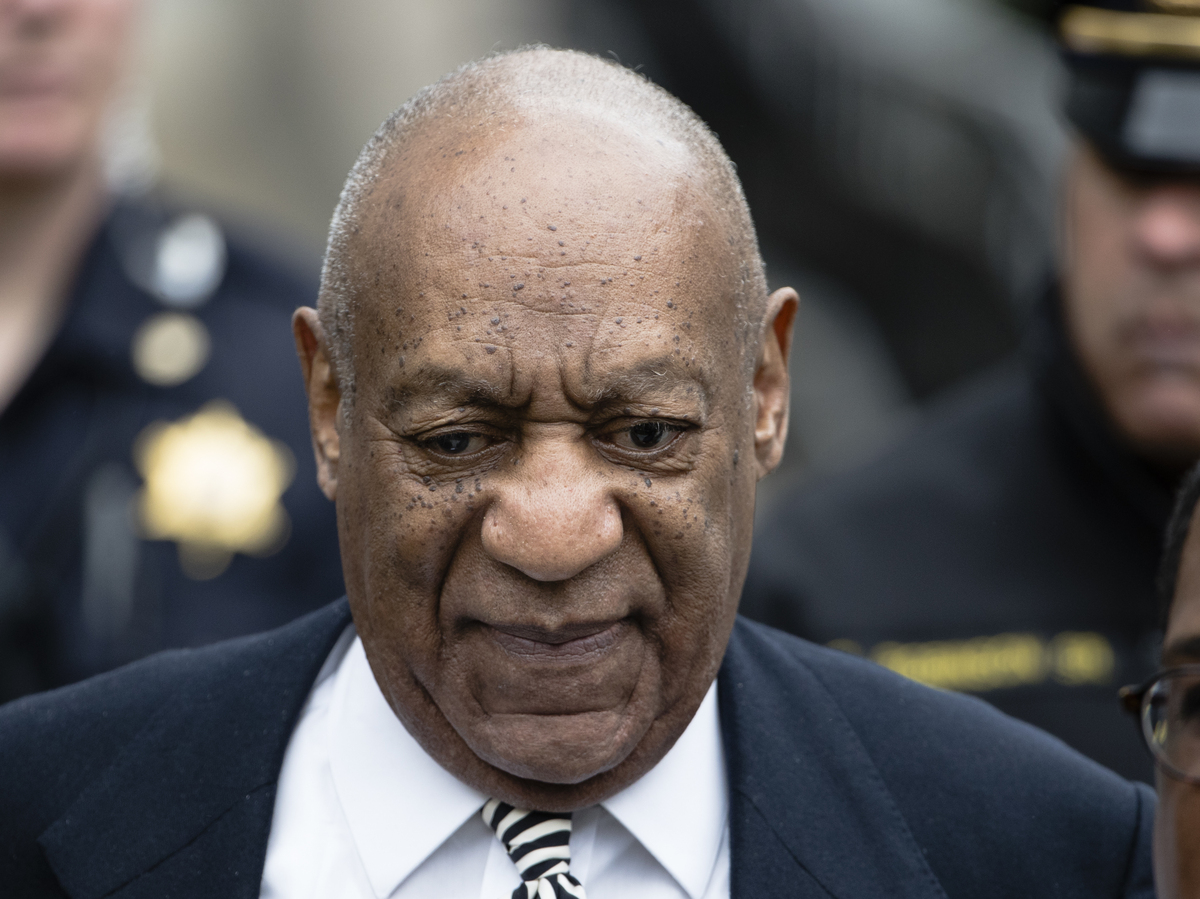 Bill Cosby leaves after a pretrial hearing in his sexual assault case last month at the Montgomery County Courthouse in Norristown, Pa.

Lawyers for Bill Cosby will get their first glimpse on Monday of potential jurors who will decide the fate of the 79-year-old comedian in his criminal trial on sexual assault charges in Pennsylvania.

Cosby has maintained his innocence in the face of three felony counts of aggravated indecent assault over a 2004 encounter at his suburban Philadelphia mansion.

Now, after one and a half years of hearings, the trial is finally about to begin, pitting the story of Andrea Constand against Cosby's defense.

The charges are a first-degree felony, and if the jury convicts Cosby, he could be punished with up to five to 10 years in prison.

The jurors are expected to hear about a personal connection that stretches back years.

Cosby and Constand met more than a decade ago while she was working for Temple University's women's basketball team. Constand viewed Cosby as an acquaintance and career mentor.

What occurred that night has long been in dispute, but prosecutors say it amounted to criminal sexual assault.

The trial was set in motion more than 10 years after that night because of a request by Associated Press reporter Maryclaire Dale.

Dale filed a motion to unseal depositions of Cosby answering questions from investigators over four days in 2005. The conversations were part of a civil lawsuit that had been settled.

WHYY will cover the trial on its new podcast "Cosby Unraveled."

In 2015, a judge unsealed the bombshell document, unleashing a wave of allegations from more than 50 women who came forward with their own accounts of alleged unwanted sexual advances by Cosby.

The federal judge, Eduardo Robreno, justified the release by saying that Cosby's positioned himself as a "public moralist," which infused the depositions with real public value, something worth more than protecting Cosby's privacy, Robreno wrote.

Not long after, prosecutors in suburban Philadelphia announced criminal charges against Cosby citing the new information that surfaced from the public release of the deposition. The charges were handed down just days before Pennsylvania's statute of limitations for the charges was set to expire.

According to court documents, Cosby gave Constand three pills to relax during the encounter as she confided in Cosby about the possibility of leaving the women's basketball team, a prospect that caused her much distress. Later in a civil lawsuit, she said she had thought the pills were herbal medicine.

Cosby said that the pills were Benadryl and that the sexual contact that night was consensual.

After swallowing them, Constand's knees started to buckle and she began to lose consciousness, according to court documents.

"I don't hear her say anything, And I don't feel her say anything. And so I continue and I go into the area that is somewhere between permission and rejection. I am not stopped," Cosby said in the deposition about the encounter.

Around 4 a.m., Constand recalled feeling sore. She said her clothes and undergarments were in disarray, according to her civil suit.

Constand left Philadelphia after the end of the season and moved to Ontario, Canada, where she began her training to become a massage therapist.

Prosecutors plan to put Constand on the stand to retell this story.

Legal experts say Cosby's defense team will likely try to poke holes in Constand's story to try to make her look unreliable. Lawyers may highlight how she waited more than a year to report the incident to police.

"That can lead to an argument that this just never happened," said David Harris, a law professor at the University of Pittsburgh. He said Cosby's legal team sees it this way: "It was a figment of her imagination or she made it up in order to extort money from him because a person who was sexually assaulted would not behave that way."

Harris said prosecutors can point out that victims of sexual assault often have many reasons to not report something right away, not least of which, in this case, is Cosby's fame and power.

Celebrity, though, didn't stop the dozens of other women from publicly accusing Cosby of sexual assault or misconduct. And one of them is expecting to take the stand to add to what Constand has to say.

"What they're going to focus on is that this was a signature crime, that Cosby had a particular way of drugging his victims and then having sex with him," Levenson said. "So even the testimony of one person, one additional person, is enough."

Last week, Cosby broke his silence and talked on a SiriusXM radio program. Cosby said he doesn't plan to testify in his trial. The show also aired a clip of his daughter claiming that racism has played a major role in the case.

"Could be. Could be," Cosby replied when asked whether he agrees.

Shortly after, he elaborated on whether he thinks racial bias was a factor in his prosecution, saying, "I just truly believe that some of it may very well be that."

The goal of the interview, says Northwestern University Law Professor Deborah Tuerkheimer, was to make Cosby look like the victim. She adds the interview was part of a concerted effort by Cosby's defense team to try to shift the optics ahead of the trial.

"I think the hope is that if public opinion shifts outside of the courtroom, that percolates into the courtroom," Tuerkheimer said.

But before opening arguments begin, experts say the task ahead will be challenging: settling on 12 independent-minded fact-finders to sit on the jury.

"In a high-profile case, one of the biggest worries are jurors with an agenda. Sometimes it's an agenda of, 'I'm going to save Bill Cosby. I think he's a hero.' Sometimes the agenda is: 'There are too many celebrities getting away with these crimes.' So both sides have to worry about that," said law professor Levenson.

Then there's the issue of searching for jurors who have not consumed some of the ubiquitous news coverage of Cosby's criminal charges. How are prosecutors and Cosby's defense team going to find jurors who don't have thoughts about the allegations even before Cosby's steps foot in the courtroom?

"But remember," said David Harris, law professor at the University of Pittsburgh. "That's not the test. The test is whether you can get 12 people who will say, 'I haven't made up my mind, and I can be fair.' "