Accessibility links
'Twin Peaks' Makes A Moody And Eccentric Return To TV A quarter of a century later, Showtime has revived the series some fans consider the most inventive of all time. Critic David Bianculli offers his first impressions of Twin Peaks: The Return. 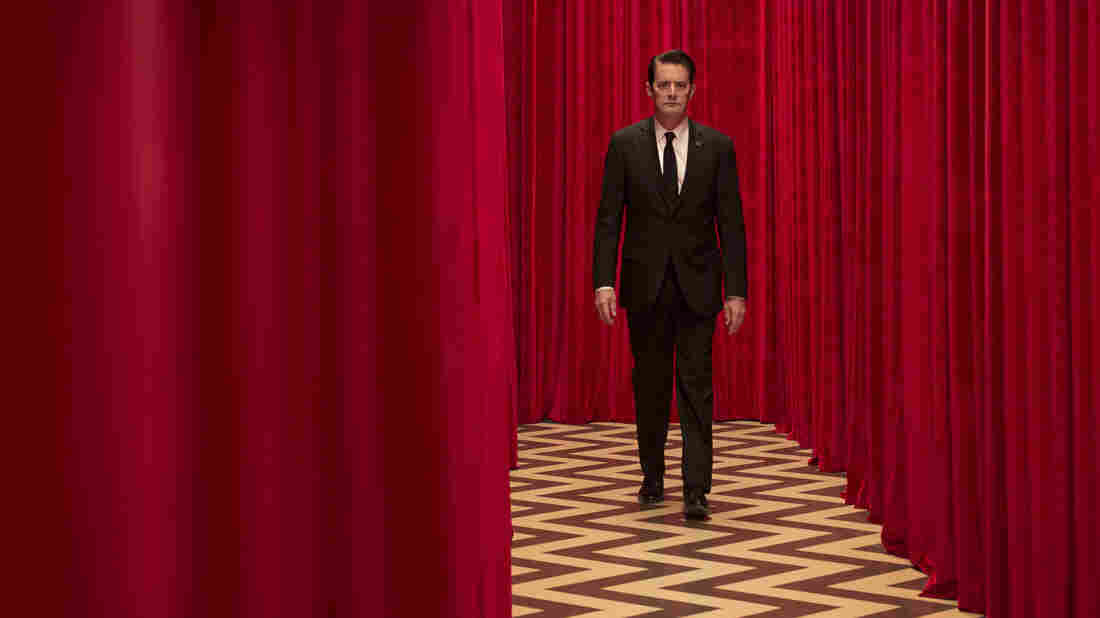 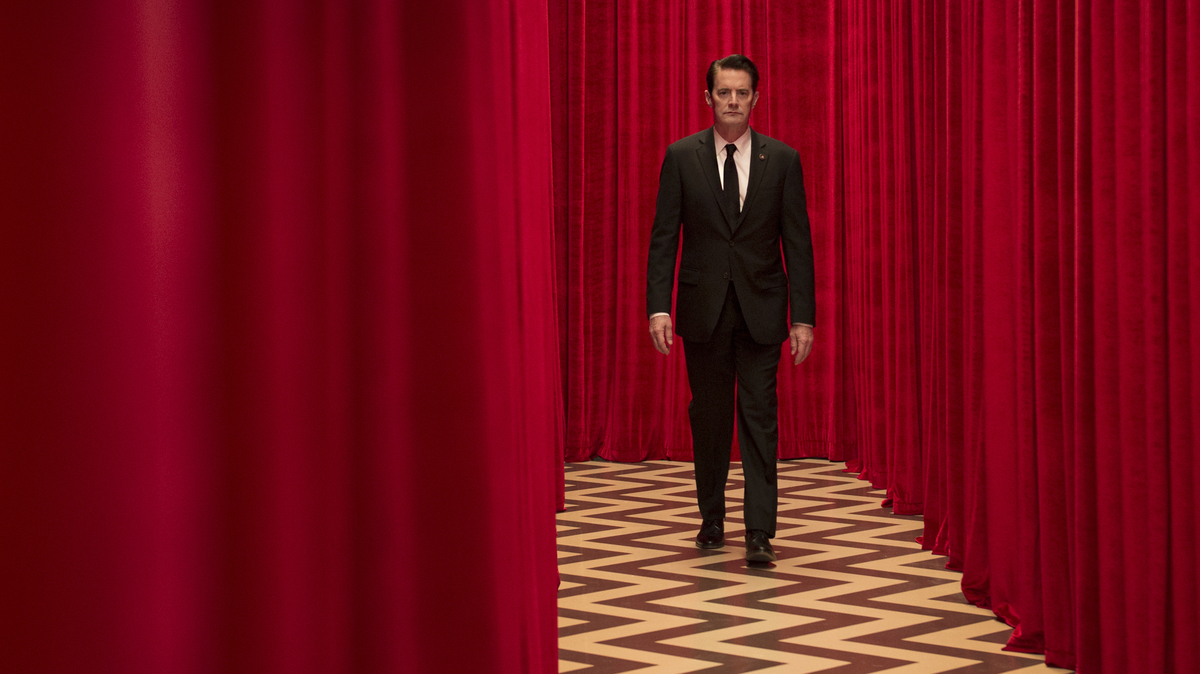 The original Twin Peaks series really was original — one of the most inventive, unprecedented, sometimes thrillingly unique TV series ever presented. David Lynch directed several episodes, including the very best ones: the mood-establishing pilot and the dreamy and nightmarish third episode with the Tibetan rock toss and the dancing, backwards-talking dwarf in the Red Room.

In 1990, Lynch and his fellow creator, writer and producer Mark Frost, premiered their show about the death of a small-town high school girl named Laura Palmer. The first season of episodes was unforgettable. The second season, with Lynch mostly off making movies, was much more incoherent and unsatisfying, but it still had moments, scenes and subplots that stood out from everything else on TV.

A quarter of a century later, the original Twin Peaks is still being imitated. In all that time, the closest TV has come to the original is the just-concluded first season of FX's Legion, by gifted TV producer Noah Hawley.

'Twin Peaks' Revival Promises Weirdness And Mystery — But Is That Enough?

But Twin Peaks always had a built-in way to mount its own sequel, especially one produced 25 years later. A dream sequence in the original series showed a woman who looked like a more mature Laura Palmer making a promise to an older-looking Dale Cooper, the FBI agent, played by Kyle MacLachlan, who was investigating her murder. The scene was subtitled and hard to understand because this Laura, played by Sheryl Lee, is speaking backwards (sort of). She tells him, "I'll see you again in 25 years. Meanwhile." And that exact scene is shown again at the start of Twin Peaks: The Return to set this next-generation story cycle in motion.

If you didn't see last night's two-hour premiere, Showtime is making it extremely easy for you to correct that oversight. The first two hours of the new show will be rebroadcast on Showtime every night this week, and online viewers can see not only the first two hours, but also the next two — the ones that won't be televised nationally until May 28.

Fans of the original series — and I'm certainly one of those — should delight in every encounter with a familiar plot line, setting or character. So many characters are slated to appear over this new show's run that it hardly seems to spoil anything to mention just a few: Businessman Ben Horne and his brother, Jerry, as well as receptionist Lucy, Deputy Andy and the mystic Log Lady all show up in the first two episodes; and the federal agents played by David Duchovny, Miguel Ferrer and Lynch himself show up in the next two. But for newcomers to the narrative, that means nothing. And to anyone watching, there are new characters and new settings everywhere.

The new Twin Peaks does take us to the fictional town of Twin Peaks, but, at first, only briefly. It also takes us, in the first four hours, to South Dakota, Philadelphia, Las Vegas and, most powerfully, to New York City, where a young man named Sam, played by Ben Rosenfield, has a very strange job in a very secluded warehouse loft.

As Sam explains to his infatuated and seductive visitor, played by Madeline Zima (Californication), he's supposed to keep a photographic record of this mysterious, giant glass box, and watch it very, very closely to see if anything appears inside.

Funny — that's pretty much a description of my job. And after watching four of the 18 new hours of Twin Peaks, I'm still a long way from rendering a final verdict. After four hours, Dale Cooper still isn't acting quite like himself — but there are some truly creepy scenes, ruthless murders, otherworldly settings and, as always, Lynch's fondness for slow pacing and eccentric characters.

Sometimes this new Twin Peaks almost seems like a parody of itself. Other times, it just feels wrong, with scenes that could have been written more solidly or eliminated entirely. But then there are times, in all four of these opening hours, when this new show feels so right, so dreamlike, so ... so very Twin Peaks.

I think I have to come back when this entire narrative is over to discuss whether this new Twin Peaks is a success. But for now, I'm very happy to do what I suggest you do, as well: Watch the box and see if anything really special appears inside.