Accessibility links
Report: Trump Asked Intel Heads To Push Back On FBI Russia Probe The Washington Post reported the president asked the Director of National Intelligence and the head of the NSA to push back against the investigation into his campaign's possible ties to Russia. 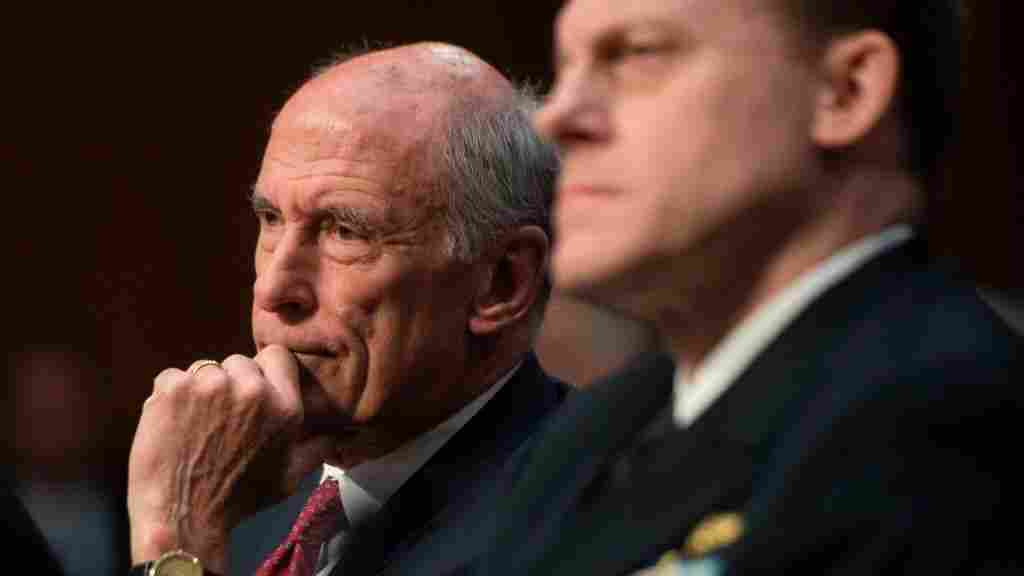 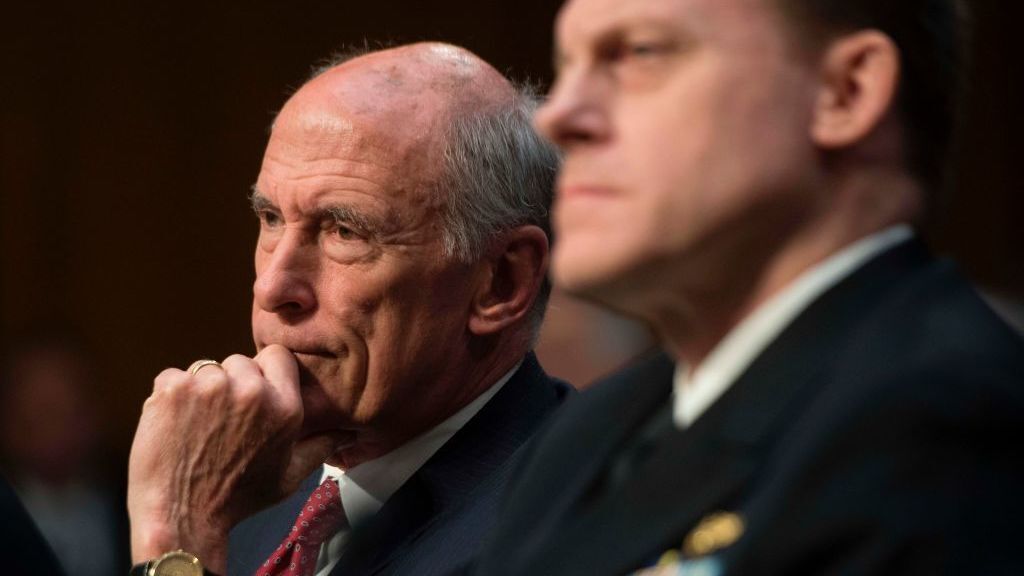 President Trump asked two top U.S. intelligence chiefs to push back against the FBI's investigation into possible collusion between Russia and his presidential campaign, the Washington Post reported Monday evening.

According to the Post, the president made the request to Director of National Intelligence Dan Coats and National Security Agency Director Adm. Mike Rogers shortly after then-FBI Director James Comey — who Trump fired almost two weeks ago — confirmed the existence of the FBI investigation during testimony before the House Intelligence Committee on March 20:

Coats and Rogers refused to comply with the requests, which they both deemed to be inappropriate, according to two current and two former officials, who spoke on the condition of anonymity to discuss private communications with the president....

Trump's conversation with Rogers was documented contemporaneously in an internal memo written by a senior NSA official, according to the officials. It is unclear if a similar memo was prepared by the Office of the Director of National Intelligence to document Trump's conversation with Coats. Officials said such memos could be made available to both the special counsel now overseeing the Russia investigation and congressional investigators, who might explore whether Trump sought to impede the FBI's work....

Trump has repeatedly blasted the FBI investigation and has called the idea that anyone on his campaign colluded with Russia — which the U.S. intelligence community has concluded did meddle in the 2016 elections — a "hoax" and has blasted it as a "witch hunt."

But, the Post noted, this was viewed by both current and former top intelligence officials "as an attempt by the president to tarnish the credibility of the agency leading the Russia investigation."

A White House spokesperson said in a statement, "The White House does not confirm or deny unsubstantiated claims based on illegal leaks from anonymous individuals. The president will continue to focus on his agenda that he was elected to pursue by the American people."

The report from the Post is the latest major story in the wake of Comey's sudden firing almost two weeks ago. The New York Times reported last week, and two sources subsequently confirmed to NPR, that Trump asked Comey to scuttle the investigation into his former national security adviser Michael Flynn, who had just been forced to resign after he misled Vice President Pence about his conversations with the Russian ambassador. Comey memorialized that conversation, and others he had with the president, in memos he wrote afterward, two sources close to the former FBI director confirmed to NPR. Trump has denied he asked Comey to end the investigation.

The report Monday in the Post also said that top White House officials also waded in to try and scuttle the investigation into Flynn:

In addition to the requests to Coats and Rogers, senior White House officials sounded out top intelligence officials about the possibility of intervening directly with Comey to encourage the FBI to drop its probe of Michael Flynn, Trump's former national security adviser, according to people familiar with the matter. The officials said the White House appeared uncertain about its power to influence the FBI.

"Can we ask him to shut down the investigation? Are you able to assist in this matter?" one official said of the line of questioning from the White House.

The Times also reported on Friday that Trump boasted to Russian officials the day after he fired Comey that he terminated him because he "was crazy, a real nut job" and he did so in order to ease the "great pressure because of Russia," which was now "taken off."