Accessibility links
Trump Budget Deals 'Devastating Blow' To Low-Income Americans, Advocates Say The administration's motive is to get as many people back into the workforce as possible in an effort to spur economic growth, said OMB Director Mick Mulvaney. 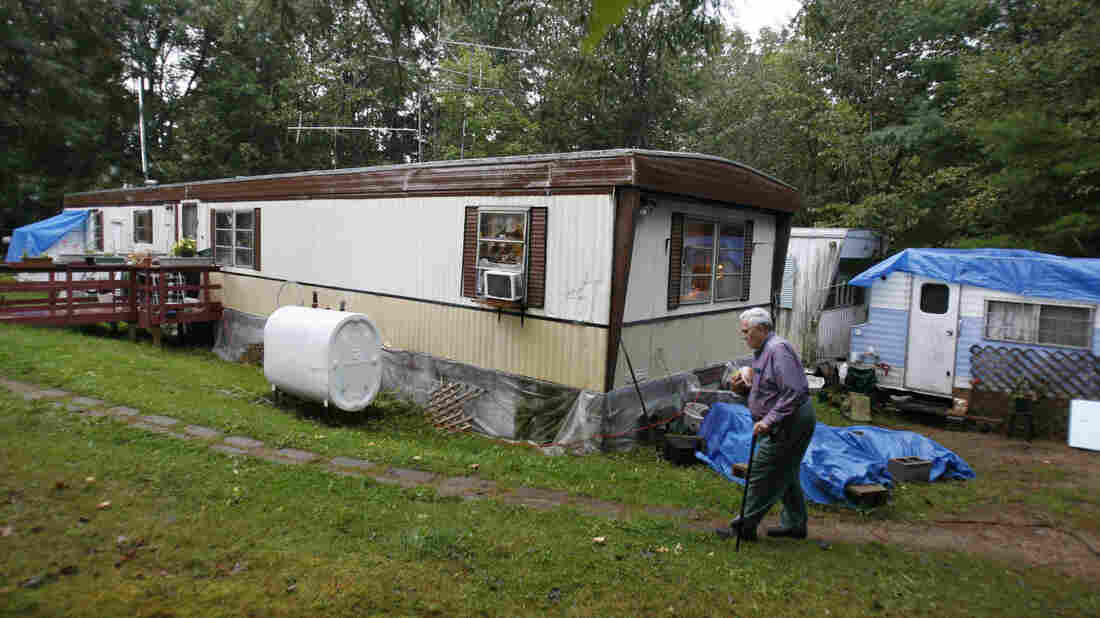 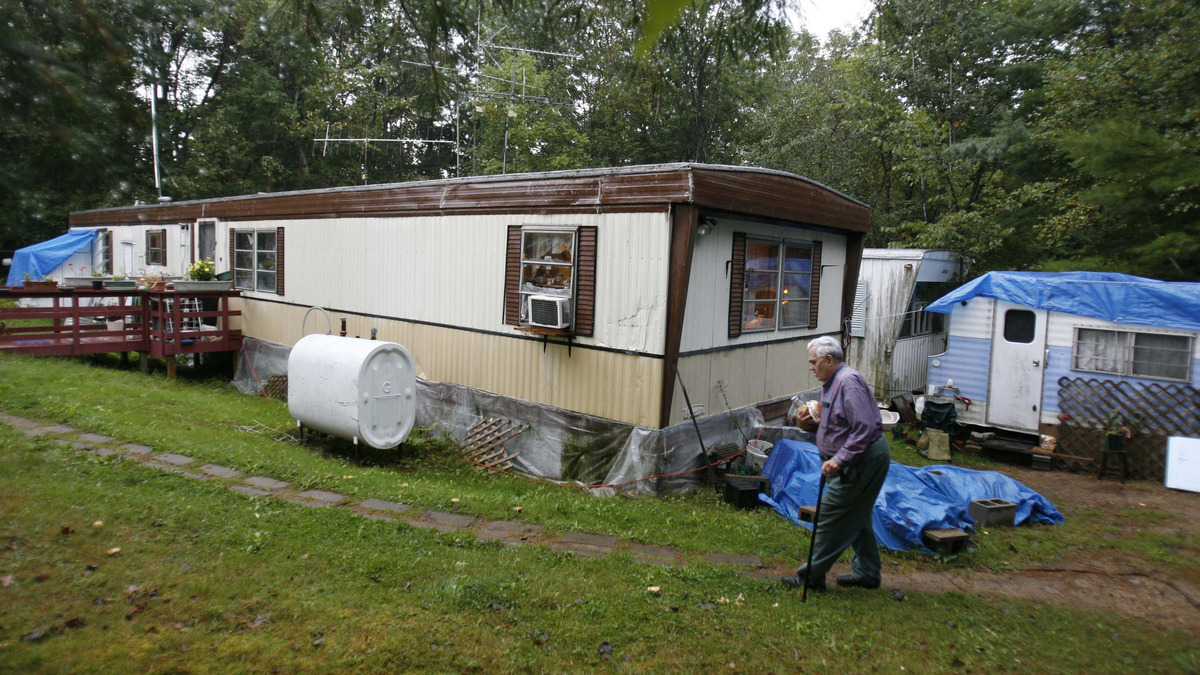 President Trump's proposed budget, released Tuesday, calls for a major reworking of the nation's social safety net for low-income Americans. It would impose more stringent work requirements and limits on those receiving aid, including disability and food stamps, now known as the Supplemental Nutrition Assistance Program, or SNAP. It would also give states more control of, and responsibility for, such spending.

Anti-poverty advocates have vowed to fight the budget plan, which requires congressional approval to go into effect.

The basic living standards that everyone needs — enough food, health care, and housing — are shredded, not strengthened.

Diane Yentel, president and CEO of the National Low Income Housing Coalition, called the proposal "a devastating blow to millions of low income people throughout the country, in a transparent effort to pay for tax cuts for the wealthy and increase defense spending."

Overall, the budget would reduce spending on means-tested anti-poverty programs by $272 billion over the next 10 years. Changes in SNAP alone would save $191 billion. These reductions come on top of plans announced earlier to cut billions of dollars in discretionary spending for the poor, in housing assistance, education and other programs.

The proposed budget also includes cuts to Medicaid, which provides health care for the poor, by more than $600 billion over 10 years. It would boost spending for defense, border security and law enforcement.

The administration's motive is to get as many people back into the workforce as possible in an effort to spur economic growth, said OMB Director Mick Mulvaney. He noted that while the recession is long over, about 42 million people still receive SNAP benefits, far more than when the recession began. In 2008, there were 28 million recipients.

But anti-poverty groups note that while many food stamp recipients already work, they are unable to earn enough money to live on. They say the Trump plan is unrealistic, because it calls for cuts in job training and other programs that would assist people in getting jobs.

"They're not putting money into the places that help people go to work," said Stacy Dean, vice president for food assistance policy at the liberal-leaning Center on Budget and Policy Priorities.

If you're on food stamps, and you're able-bodied, we need you to go to work.

Dean noted that Trump's budget would reduce job training grants next year by more than $1 billion, and does not increase child care assistance, support many low-income families say they need to work.

SNAP already requires able-bodied childless adults to find a job within three months or have their benefits cut off. But that requirement was largely waived during the recession. In states that reinstated the limit, such as Kansas and Maine, many of those who had their benefits stopped were still not working a year later.

Angela Rachidi, a research fellow at the conservative-leaning American Enterprise Institute, thinks the budget's emphasis on work requirements is a move in the right direction, but says the administration's proposals are premature.

"If we had a booming economy and all their assumptions worked out, then we wouldn't need as much safety net funding," she said, adding that it's unclear if those getting benefits could find work now without receiving assistance. Rachidi said she would prefer a broader plan on how to help people get back to work. "Then, if successful, we could look at reducing funding (for benefits)," she said.

The budget would also limit the earned income tax and child care tax credits — crucial supports for low-income workers — by requiring that they only be available to those with Social Security numbers. It's an effort to stop unauthorized immigrants from collecting the credits.

Mulvaney said it's unfair to use taxpayer money to provide payments to those working in the country illegally. "It's not right when you look at it through the perspective of the people who pay taxes," he said.

Deborah Weinstein, executive director of the Coalition on Human Needs, an advocacy group representing more than 100 anti-poverty organizations, called on lawmakers to "reject the bleak and dangerous vision in President Trump's budget ... The basic living standards that everyone needs — enough food, health care, and housing — are shredded, not strengthened."

Congressional Republicans generally favor cutting domestic spending to help pay for increases in defense and tax cuts. But some of Trump's spending proposals are so severe, members of both parties are likely to resist, if only because many of their constituents rely on these programs.

"It's a problem — it's a big problem," Kentucky Republican Harold Rogers, a powerful member of the House Appropriations Committee, told the Washington Post of the president's Medicaid plans. "I've got one of the poorest districts in the country, with lots of Medicaid recipients as well as other programs."