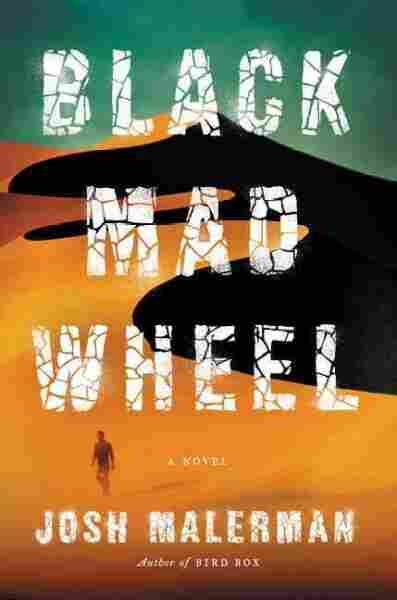 The recent success of John Darnielle — author of the acclaimed Wolf in White Van and Universal Harvester as well as the leader of the indie-rock band the Mountain Goats — has given fresh legitimacy to the crossover between music star and literary figure. (We won't bring up Bob Dylan.)

In a quieter way, Josh Malerman has done the same. His debut novel Bird Box was published in 2014, and its horrific vision of post-apocalyptic America garnered critical accolades as well as a pre-publication Hollywood option. Malerman is also the frontman of the long-running Detroit garage-rock group the High Strung. And in his sophomore novel, Black Mad Wheel, he takes a big step toward merging his jobs as a writer and a rocker: He's penned a novel about musicians, namely, a fictional 1950s band called the Danes.

Philip Tonka is the leader and pianist of the Danes, a Detroit-based rock group whose members met each other while serving in the Army band during World War II. The government has approached the band with a bizarre request: Investigate "a malevolent sound" inexplicably emanating from the Namib Desert in Africa, one whose uncanny power threatens the geopolitical status quo of the early Cold War.

Philip and his bandmates agree, but what goes down during their mission isn't immediately clear. Malerman tells the story through alternating chapters: One set follows the Danes as they venture closer to the source of the eerie sound, while the other takes place six months later, as Philip recovers from massive injuries in a hospital in Iowa, unable to fully remember what happened to him and his friends in the Namib.

The book's ping-pong structure makes for a kinetic read. The chapters are terse and tight, as is Malerman's prose.

The book's ping-pong structure makes for a kinetic read. The chapters are terse and tight, as is Malerman's prose. "The wind passing over the teeth of the skull of world's first man," is how he describes the strange sound at one point. Malerman builds tension to a suspenseful frenzy in both timelines, while assembling Philip's fragmented memories into a labyrinthine conspiracy. In the hospital, every bone in his body broken, he falls for his nurse, Ellen, and together they uncover a plot that grows more mysterious and surreal with each revelation. As both halves of the story crescendo, what previously seemed like a weird science-fiction premise unfolds into something far more fantastical and chillingly metaphysical.

For all its velocity and intricacy, Black Mad Wheel doesn't always ring true. Philip never fully comes to life on the page — he's more a collection of ciphers than a real person — nor does his romance with Ellen ever feel like more than a convenience for the plot. Malerman makes up for that, though, with his lavish musical details. The Danes as a whole have more dimension than Philip alone; while in the recording studio or discussing their ideology of sound engineering, the band has a verisimilitude that amounts to an intriguing alternate history of America's post-WWII musical landscape. In fact, knowing the High Strung's own garage-rock sound, it's not hard to imagine the real-life band breathing life into the Danes' fictional '50s rock songs, from "Make Noise" to "Killer Crawl" to "Be Here" — the last being a song that winds up playing a pivotal, startling role in the book's dizzying climax beneath the sands of the African desert.

The mystery of Philip's malevolent sound is resolved vaguely and in hallucinatory terms, but Malerman's harmonizing of some big ideas ... makes it satisfying.

"Philosophy doesn't travel at the same speed technology does," Malerman writes toward the end of Black Mad Wheel. It's as close to a conclusive theme as he gets. The mystery of Philip's malevolent sound is resolved vaguely and in hallucinatory terms, but Malerman's harmonizing of some big ideas — among them the cyclical nature of war, history, and music itself — makes it satisfying.

The power of music, naturally, sits at the center of this gripping novel by a musician and about musicians. But Malerman is wise to extend his story's sphere, inviting in even those who have no knowledge of his band or its music to explore a terrifying vision of midcentury America and beyond — one where a rock 'n' roll band stands on the vanguard of reality, and where the mythology of popular music meshes with the darkest forces of human history.