Accessibility links
Fox News Retracts DNC Staffer Seth Rich WikiLeaks Conspiracy Story, But Sean Hannity Keeps It Alive Fox News retracted a story about the death of a Democratic National Committee staffer that was based on a groundless conspiracy theory. But host Sean Hannity, who pushed the theory, stood by it. 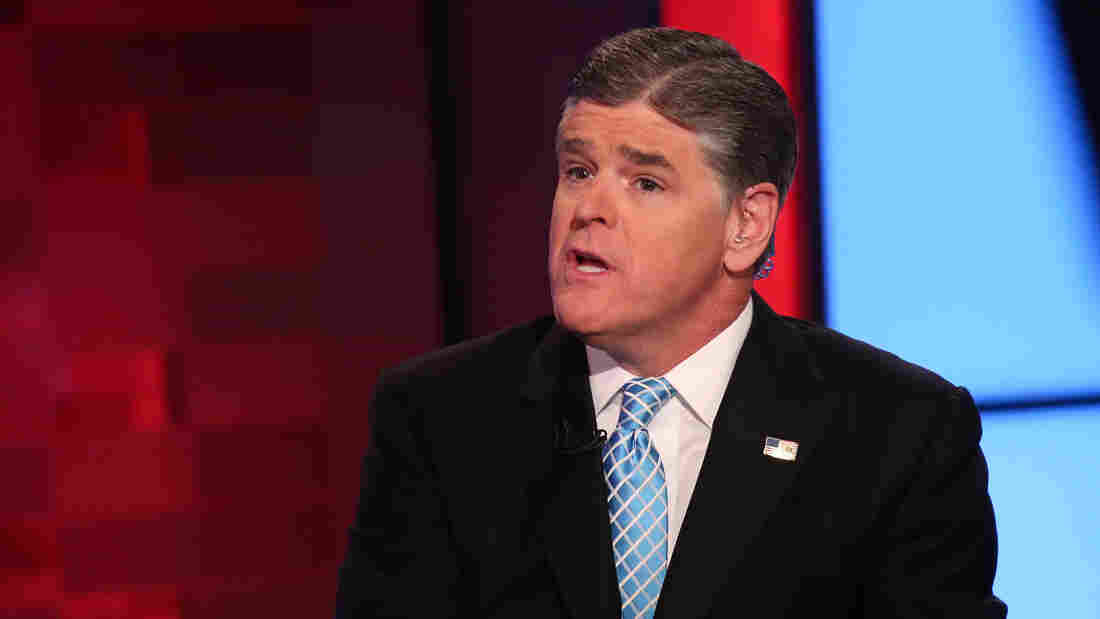 Fox News host Sean Hannity said he would no longer talk about the Seth Rich theory "out of respect for the family's wishes — for now." Rob Kim/Getty Images hide caption 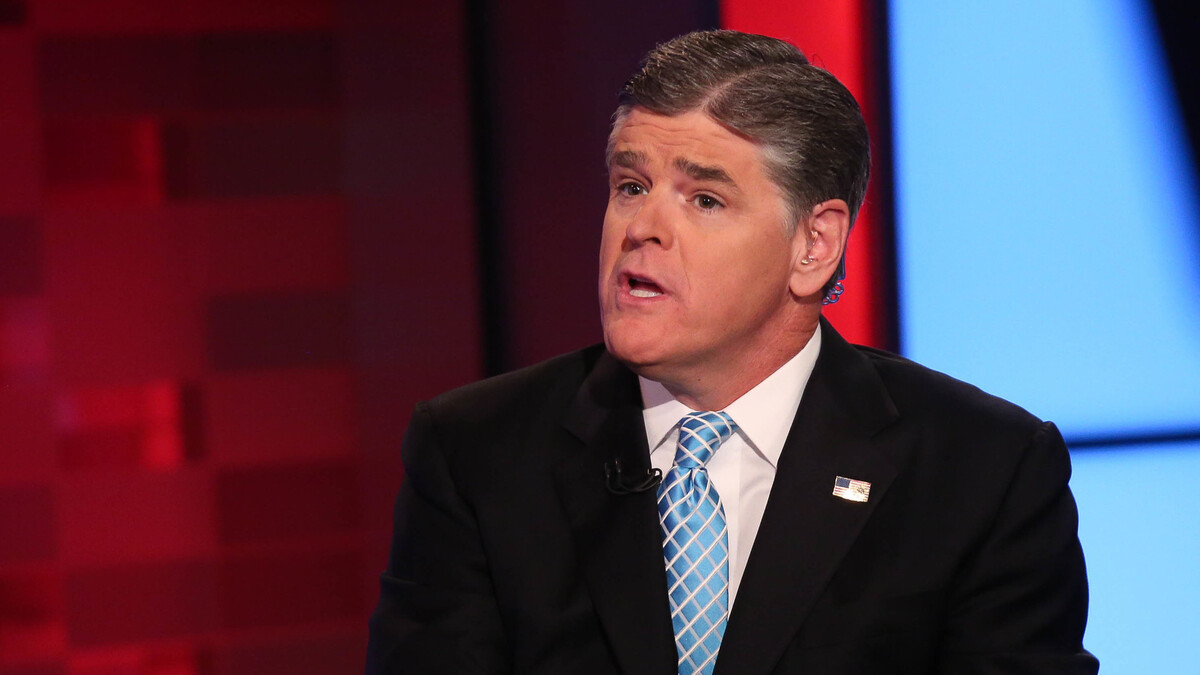 Fox News host Sean Hannity said he would no longer talk about the Seth Rich theory "out of respect for the family's wishes — for now."

The Fox News Channel has retracted a week-old story based on a groundless conspiracy theory involving the death of a staffer for the Democratic National Committee, conceding it did not meet the network's standards.

The retracted May 16 online story reported as fact that the late Seth Rich, a 27-year-old Democratic National Committee staffer, was actually the person who leaked tens of thousands of emails from the DNC to WikiLeaks and that his murder was tied to that action. Rich was fatally shot last July in what police have called a botched robbery, and there is no evidence known publicly to suggest he shared those emails. The Rich family had publicly pleaded with Fox News and others to stop trading in such speculation absent facts.

"The article was not initially subjected to the high degree of editorial scrutiny we require for all our reporting," the Tuesday statement read. "Upon appropriate review, the article was found not to meet those standards." The Fox News statement did not apologize or specify what went wrong or how it did so, and it did not bear the name of its author. But it promised to continue to investigate the story and provide updates.

Fox News star host Sean Hannity, who had pushed the theory relentlessly, said on his radio show that he retracted nothing. He also tweeted the importance of finding out the truth. On television Tuesday night, Hannity said he would no longer talk about the story "out of respect for the family's wishes — for now."

Yet Hannity, a leading President Trump advocate and confidant, did not apologize or say the story was wrong. Instead, he pivoted to assailing the "destroy-Trump media [and] the Democrats."

The public disclosure of the content of those DNC emails threw Hillary Clinton's campaign into turmoil during the 2016 election and led to the resignation of the chairwoman of the DNC, though they did not contain any extraordinary revelations.

The embrace of the conspiracy theory around Rich's death by Hannity and others caused similar tumult at Fox News this month, revealing and deepening rifts between its journalists and the opinion side that propels its economic success, according to several people at the network.

The handling of the story also exposed the tentativeness of the network's leadership after the departure of prominent and longtime executives, including former Chairman Roger Ailes and former Co-President Bill Shine. Rupert Murdoch, whose family controls Fox's parent company, is acting as the network's CEO. (Ailes, who died May 18, had been accused of sexual harassment by many women, and Shine had been accused of enabling or hiding his behavior. Both men denied those charges.)

A version of the Fox News May 16 online story ran on the Fox local station in Washington, D.C., Fox 5, the night before. Journalists and executives within Fox watched with growing alarm as Hannity, the network's fixture at 10 p.m., repeatedly legitimized suspicion that Rich's death was linked to the DNC leaks.

The claim about Rich's death has also been embraced on the air by former House Speaker Newt Gingrich, a Fox News contributor. As far back as August, Fox host Eric Bolling compared the story to something out of the Showtime spy thriller Homeland and called Rich's killing "a hit."

The May 16 FoxNews.com report claiming proof of Rich's involvement in the DNC email leaks was used by Trump defenders to deflect growing concerns on Capitol Hill and among current and former intelligence officials about the nature of contacts during the campaign between Trump's circle and figures with ties to Vladimir Putin's regime in Russia.

Breitbart News and the Gateway Pundit were among the other sites that trafficked in the conspiracy theory — as did the Twitter account for the Russian Embassy in London. Yet the story had a particular Fox imprint: The May 15 Fox 5 report cited as its source a private investigator who worked for the Rich family named Rod Wheeler, who has been a paid Fox News contributor. Wheeler later said he had relied on the statement of a Fox 5 producer who had prepared him for the segment.

As it happens, Wheeler had been hired not by the Riches but by a conservative Dallas investor named Ed Butowsky on their behalf. Butowksy has appeared periodically as a commentator on Fox News and Fox Business. He had his own personality page on Fox's website until shortly after I publicly pointed that fact out last week.

Hannity has told others at the network that Fox needs him more than ever since last month's departure of former star host Bill O'Reilly. (O'Reilly also left after facing sexual harassment charges, which he disputes.)

Hannity told viewers Tuesday night that he would stay at Fox News "as long as they seem to want me" but cited critics who he said were trying to silence him, such as the liberal advocacy group Media Matters. Hannity called such efforts "liberal fascism."

Yet many critics of the story could be found on the right — even among conservative voices in Murdoch's own vast media holdings.

On May 21, Seth Mandel, opinion page editor of the Murdoch-owned New York Post, tweeted: "Why are you doing this to them? Why are you tormenting a grieving family like this? Please, Sean. Please. Stop doing this. Please."

New York Post columnist John Podhoretz wrote in the magazine Commentary, which he edits, that the theory is "the unwitting catspaw of an authoritarian government in Moscow."

Podhoretz continued: "It should go without saying that defaming a dead man by asserting he was killed for doing something criminal is a great evil."

And National Review editor Jonah Goldberg, a Fox News contributor, has been a constant thorn in Hannity's side on Twitter over the Rich story. Goldberg is the author of a book whose title is apparently familiar to Hannity: Liberal Fascism.

Ailes famously hated to retract any reports, arguing that it showed weakness and simply gave more fodder to the network's critics.

In the post-Ailes era at Fox News, the news side won this round, even though the retraction was grudging, lacked specificity and did not include an apology. But that victory took a full week — on a story with major national stakes involving a young man's death.