Accessibility links
President Trump's Big Wall Is Now Just 74 Miles Long In His Budget Plan If completed, the request would mean one-third of the southwest border would be fenced. Facing a skeptical Congress, the White House says it plans to ask for more funding in future years. 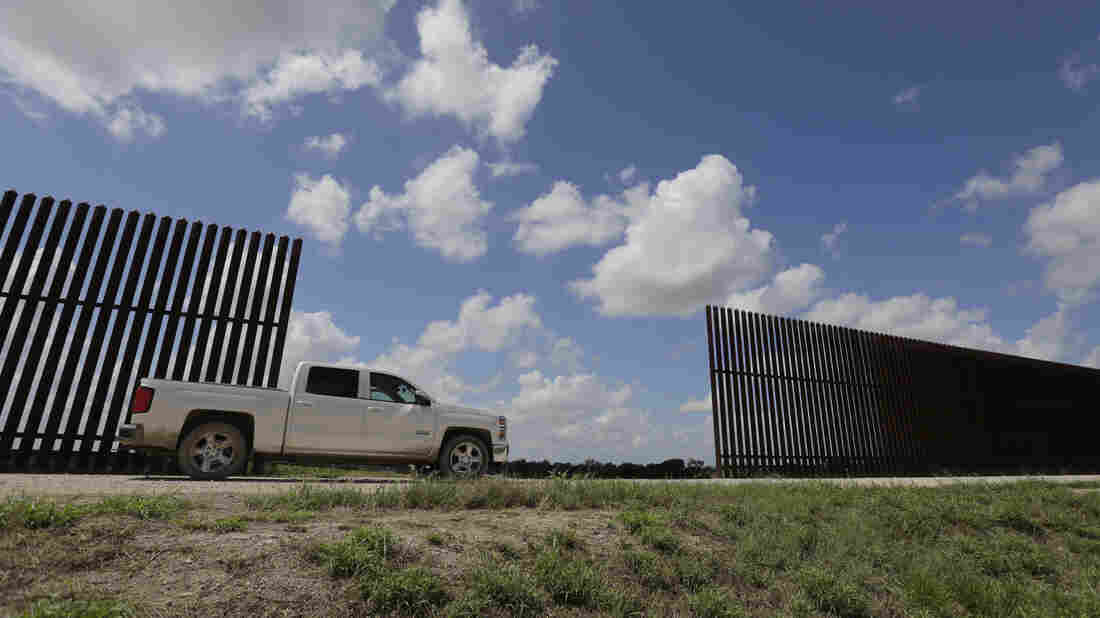 A farmer passes along a border fence that divides his property in Mission, Texas. The state alone shares more than 1,200 miles of border with Mexico. Eric Gay/AP hide caption 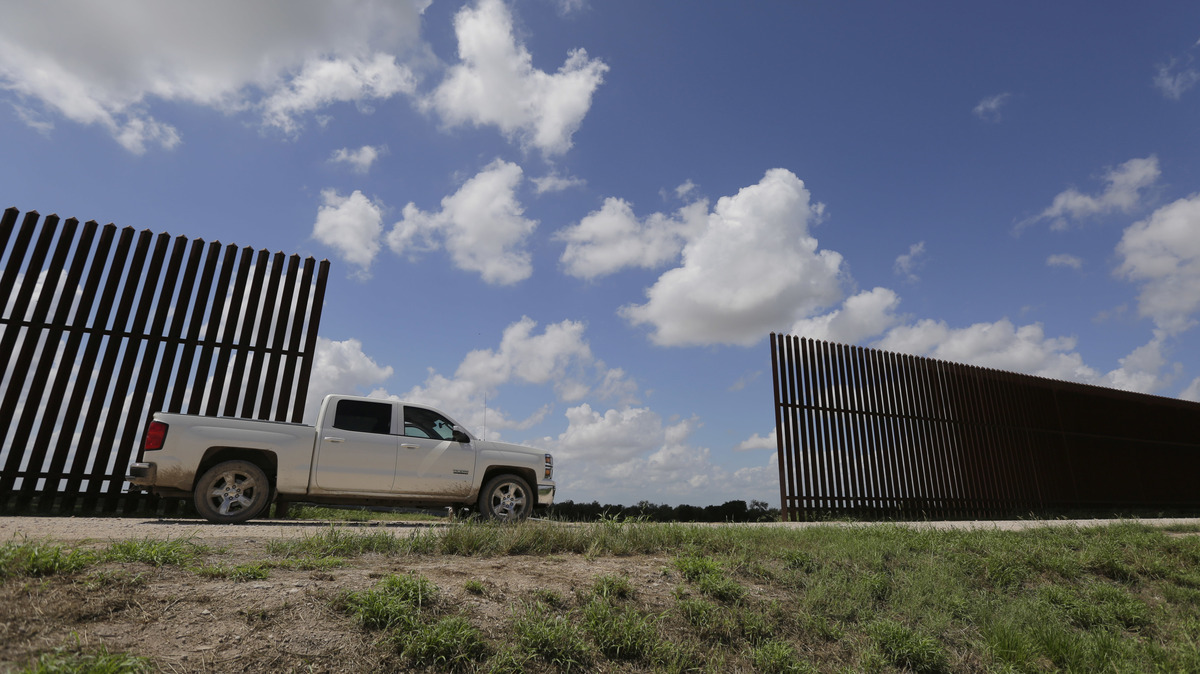 A farmer passes along a border fence that divides his property in Mission, Texas. The state alone shares more than 1,200 miles of border with Mexico.

After making the need for a wall along the U.S.-Mexico border a central campaign theme, President Trump has asked Congress for just $1.6 billion to start building 74 miles of barriers. Texas alone shares more than 1,200 miles of border with Mexico.

If Congress approves the current request, 14 miles of old fencing in the San Diego sector would be replaced, and 60 miles of new structures would be built in the Rio Grande Valley of Texas — the region with the heaviest illegal traffic.

With the 74 miles of new barriers and 654 miles of existing border fence, more than one-third of the southwest border would be covered.

The request is far less than the $21.6 billion the Homeland Security Department had estimated that wall construction would cost. Still, Trump's request works out to $21.6 million a mile, or nearly $13,000 a yard — for what's expected to be a steel and concrete barrier.

At a congressional hearing on Wednesday, Rep. Henry Cuellar, a Democrat who represents portions of South Texas where the new border wall will be built, criticized the expected high cost of construction.

"I don't support the wall," said Cuellar, a Laredo native, to speaking to Homeland Security Secretary John Kelly. Cuellar said earlier border fencing had been built for a fraction of the current price tag. He questioned why the government needs all new custom surveillance equipment. "There's a lot of technology that works well for the military that should work well for us down there."

The White House has said that the wall will take years to build, and that it plans to ask for additional construction funding in later years. Still, the administration lowered its ambitions when skeptics in Congress questioned the cost and effectiveness of a barrier on the border.

Some members of Congress not only oppose the wall but say it would be imprudent to begin building while plans for the project are still incomplete.

"It continues to be irresponsible to start a multi-billion dollar construction project that has ignited growing concern from members of Congress ... without knowing what it costs and where it is actually needed," Sen. Claire McCaskill said in a statement on Wednesday. The Missouri Democrat is ranking minority member of the Senate Homeland Security and Governmental Affairs Committee.

Sen. John Cornyn, a Texas Republican, has been critical of the border wall plan, saying that in some areas other security measures such as additional Border Patrol personnel would make more sense.

"When I hear the president talk about the wall," Cornyn said, "I think he is speaking metaphorically."

Border Patrol officials have asserted they're in favor of some new wall construction so long as it's part of a "tiered approach" that includes more agents and surveillance technology.

Proponents of the wall say such barriers are needed to prevent the illegal transit of narcotics and humans.

Homeland Security Secretary John Kelly has assured Congress his department does not want a barrier "from sea to shining sea," saying it might not make sense to put a border wall in some areas.

Meanwhile, U.S. taxpayers would foot the bill to begin construction. Trump had declared on the campaign trail that he would make Mexico pay for the wall but Mexico continues to adamantly refuse Trump's insistence that it reimburse the U.S. Treasury for the cost of the wall.

Ildefonso Guajardo, Mexico's economy secretary, told NPR last month that President Enrique Peña Nieto "has been loud and clear — there is no way Mexico will pay for the wall."

Customs and Border Protection plans to announce its selection of prototypes for new border wall construction later this summer.