Accessibility links
Stream The Entire Upcoming Chastity Belt Album 'I Used To Spend So Much Time Alone' The stars of Seattle's underground rock renaissance have never felt this vulnerable, or as relatable.

Review: Chastity Belt, 'I Used To Spend So Much Time Alone'

Review: Chastity Belt, 'I Used To Spend So Much Time Alone' 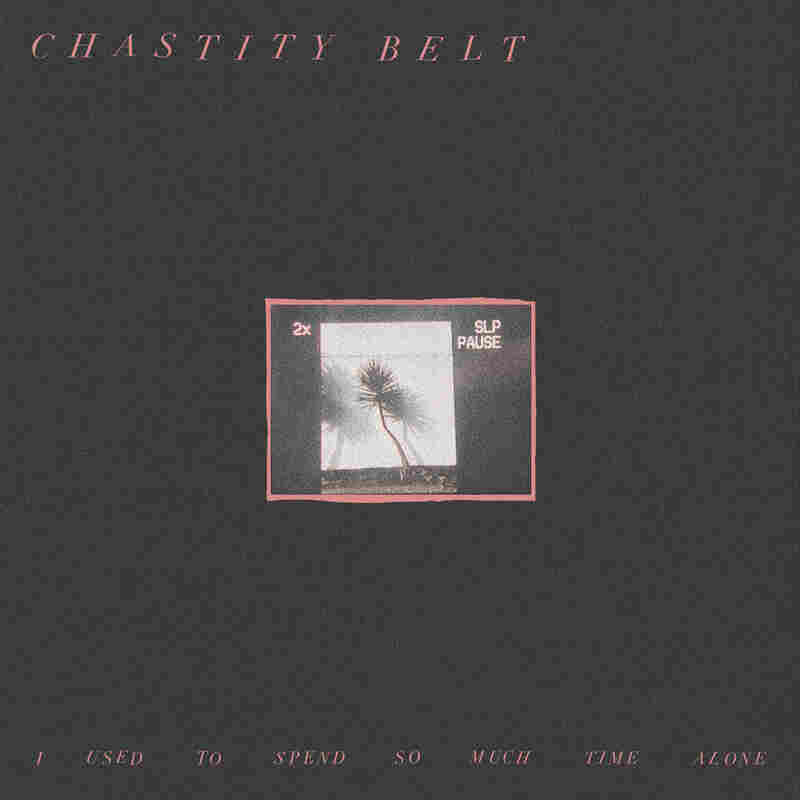 Chastity Belt, I Used To Spend So Much Time Alone Courtesy of the artist hide caption

Seattle's rock scene is experiencing an underground renaissance, and at the center of its close-knit collective of punk-inspired bands is Chastity Belt. The laconic, yet rebellious foursome — singer and guitarist Julia Shapiro, guitarist Lydia Lund, bassist Annie Truscott, and drummer Gretchen Grimm — have been growing an enthusiastic fan base since their days as a Walla Walla college band, thanks to two raucous albums and a delightful social media game. (Check out its hilariously cringey Sears-style family photos, and music videos that mirror '90s sitcom credit sequences or grunge-era imagery.) That tongue-in-cheek humor often belied incisive depth, whether the topic was the boredom of youth ("Pussy Weed Beer") or sex-positive gender dynamics ("Cool Slut") and pointed feminist commentary ("Drone") from 2015's breakthrough, Time To Go Home. Now with its evocative third album, I Used To Spend So Much Time Alone, Chastity Belt further deepens its low-key, nonchalant persona by inviting us into their heads. And with less reliance on laughs to cloak its emotions, Chastity Belt has never felt this vulnerable, or as relatable.

From the very first lines of I Used To Spend So Much Time Alone's brilliant opener, "Different Now," we find Shapiro in a reflective headspace. "You're hard on yourself, well you can't always be right / All those little things that keep you up at night / You should take some time to figure out your life," she sings, capturing the uncertainty that comes from getting older and still wondering who you want to be. As Chastity Belt's guitarist and primary singer, Shapiro is our main entry point into the album's introspective songs, which grapple with loneliness and depression, and confront the nagging anxieties that can sabotage aspirations, wreak havoc on relationships and friendships, and induce sleepless nights with your regrets and fears.

Throughout I Used To Spend So Much Time Alone, Chastity Belt's characters nurse heartache ("What The Hell"), confront change (Gretchen Grimm's song "Stuck"), and work through depression ("Something Else"), but the constant theme is a desire for normalcy. In one highlight, "Caught In A Lie" Shapiro worries she'll be outed as a fraud, unsure if she's pursuing what she really wants, or simply doing what others expect from her: "You're caught in a lie, living someone else's dream...Is this what you want? Is this who you want me to be?" she asks herself. Elsewhere, "It's Obvious" portrays a chameleon-like need to adopt the qualities of a disinterested lover and losing herself in the process. "I can hold your interest, but only for a short time / and it feels freeing to lose," she admits, in one puncturing phrase. And in "Used To Spend," Shapiro seeks to reconcile her introverted and extroverted selves: "Out of the fog and finally feeling fine / My doubts are all gone and I'm having a pretty good time / Feeling like a real champ, but for how long?," she asks with a muted resignation, atop loping and scuzzy guitar chords.

Recorded live last summer alongside producer Matthew Simms at Jackpot! studios in Portland, Ore., I Used To Spend So Much Time Alone doesn't mess with the band's signature fuzzy guitar rock, so much as refine it. The album's instrumental depth allows the music to stretch, sway and gradually unfold to new places. That can be heard in the way Shapiro's distorted, jangling strums entwine with Lydia Lund's brightly chiming arpeggiated melodies, or when Annie Truscott's repeating bass lines lock-in as a steadying backbone for Grimm's kinetic drumming. It all helps propel the dynamic harmonies and resonating vocals of each singer: Where Grimm and Lund's voices sound delicate and airy, Shapiro's rich alto croon is capable of shifting from wistful warmth to guttural shouts in anxious songs like "This Time Of Night" and "Complain," and especially in the fiery closer, "5am." Depicting the end of a party, a woozy Shapiro seeks connection and conversation about heavy ideas, singing "Immediate urge to get everything all straight / Need to express it, but it's not the time or place," her frustrations personified by a cresting vamp of scorching noise and wiry riffs.

Three albums into its career, Chastity Belt showcase an emboldened musicality and matured songcraft that can only come from spending so much time together (rather ironic, given the title). I Used To Spend So Much Time Alone is a thoughtful, reflective album, constantly searching for direction to and questioning every solitary, restless feeling, yet it's that intimacy that allows us to know a new, perhaps truer side to the artists. It takes an extraordinary amount of self-confidence to expose that process for all to hear.