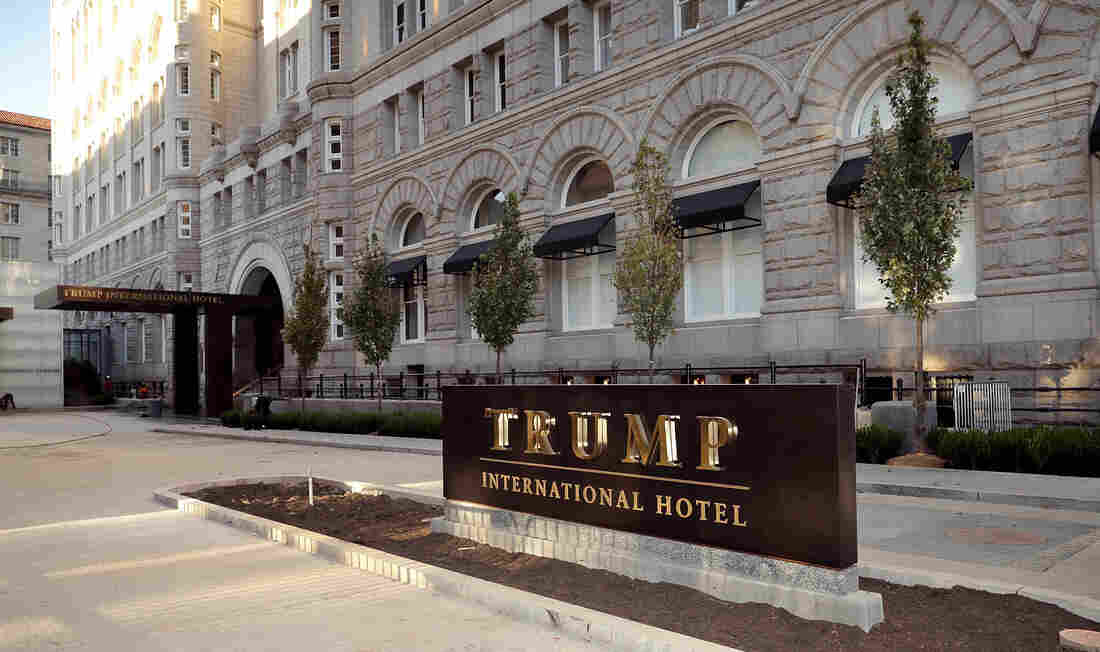 President Trump pledged that the Trump Organization would donate profits from foreign governments, but the top Democrat in the House Oversight Committee says the organization does not appear to be following through. Chip Somodevilla/Getty Images hide caption 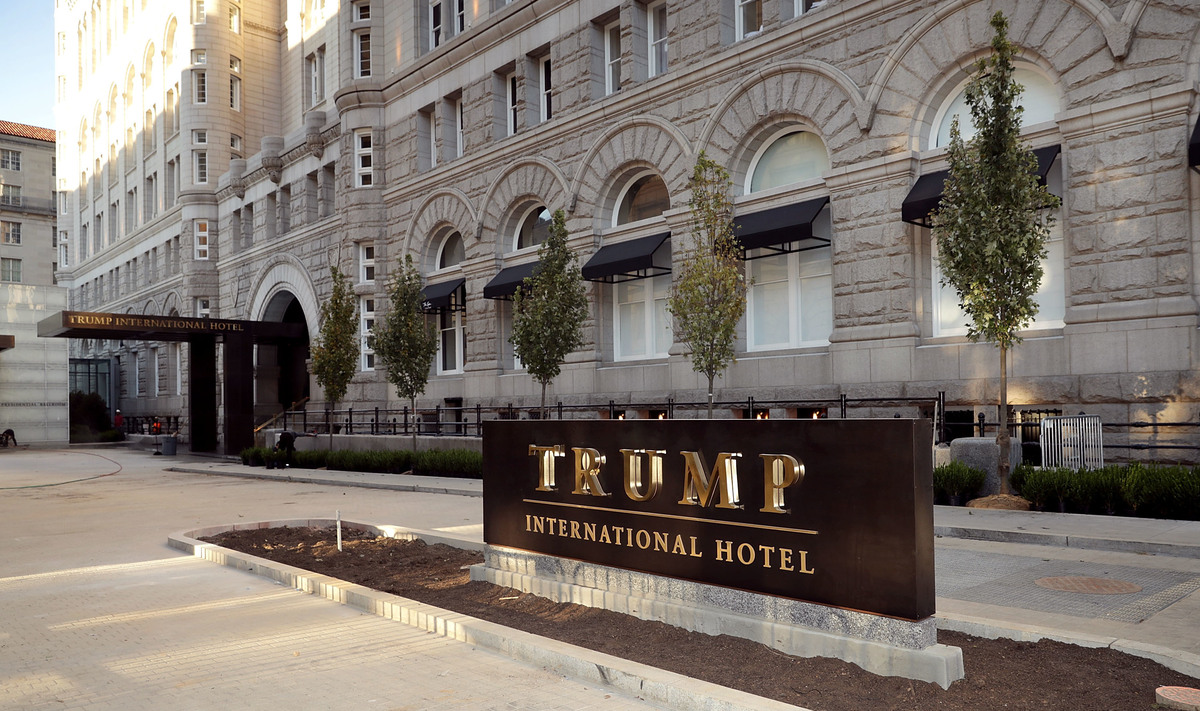 President Trump pledged that the Trump Organization would donate profits from foreign governments, but the top Democrat in the House Oversight Committee says the organization does not appear to be following through.

The Trump Organization appears to be making only a limited effort to live up to President Trump's promise to give the U.S. Treasury all foreign profits from his hotels and resorts, according to documents released in recent days.

Trump made the promise in mid-January as a way to avoid violating the U.S. Constitution's emoluments clause, which prohibits a president from accepting gifts and payments from foreign governments.

The U.S. House Oversight and Government Reform Committee has pushed the Trump Organization to say how foreign-sourced profits would be identified, calculated, tracked and reported.

What the committee got in response was a copy of a glossy nine-page brochure that lays out the Trump Organization's policy. The pamphlet had been distributed to senior Trump employees worldwide, and it stated that it would be impractical to identify every foreign guest. It says that asking guests whether they're representing a foreign government would "impede upon personal privacy and diminish the guest experience of our brand."

In an accompanying letter to the House committee, George Sorial, the Trump Organization's executive vice president, pointed out that any donation of foreign profits would be voluntary. He also said the company had appointed a chief ethics officer, and that Sorial himself had been named chief compliance counsel to help prevent any emoluments violations.

Rep. Elijah Cummings, the oversight committee's top Democrat, on Wednesday sent a letter to Sorial saying his response was "meager."

Cummings said that based upon the pamphlet's statements, it does not appear the Trump Organization will ask any of their customers whether they represent foreign governments.

Cummings said the pamphlet raises "grave concerns" because the Trump Organization's executives see it as "impractical" to obey the clause in the Constitution.

"Complying with the Constitution is not an optional exercise, but a requirement for serving as our nation's President," he said.

Many ethics experts agree the only way for Trump to avoid violations of the emoluments clause is to completely divest from all his businesses. Some have filed a lawsuit, arguing that payments by foreign governments to Trump-owned businesses violate the Constitution.

Trump has handed over the daily operations to his two adult sons, and placed his assets in a revocable trust, of which he is the sole beneficiary.