Youthful Protest Gets Serious In 'Joshua: Teenager vs. Superpower'

Youthful Protest Gets Serious In 'Joshua: Teenager vs. Superpower' 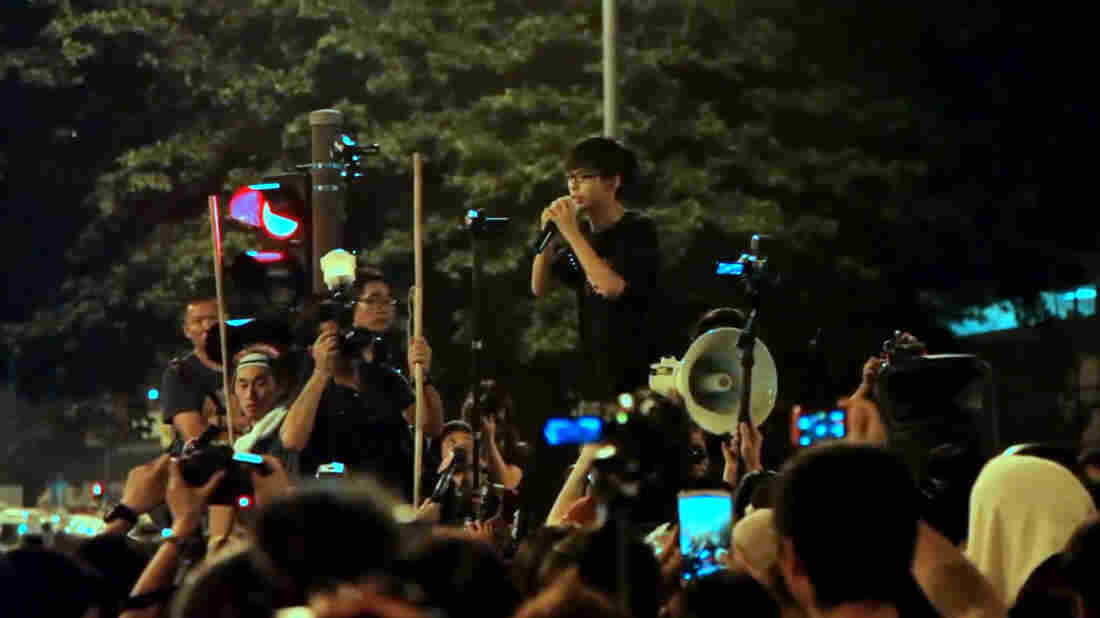 A scene from Joshua: Teenager vs. Superpower Netflix hide caption 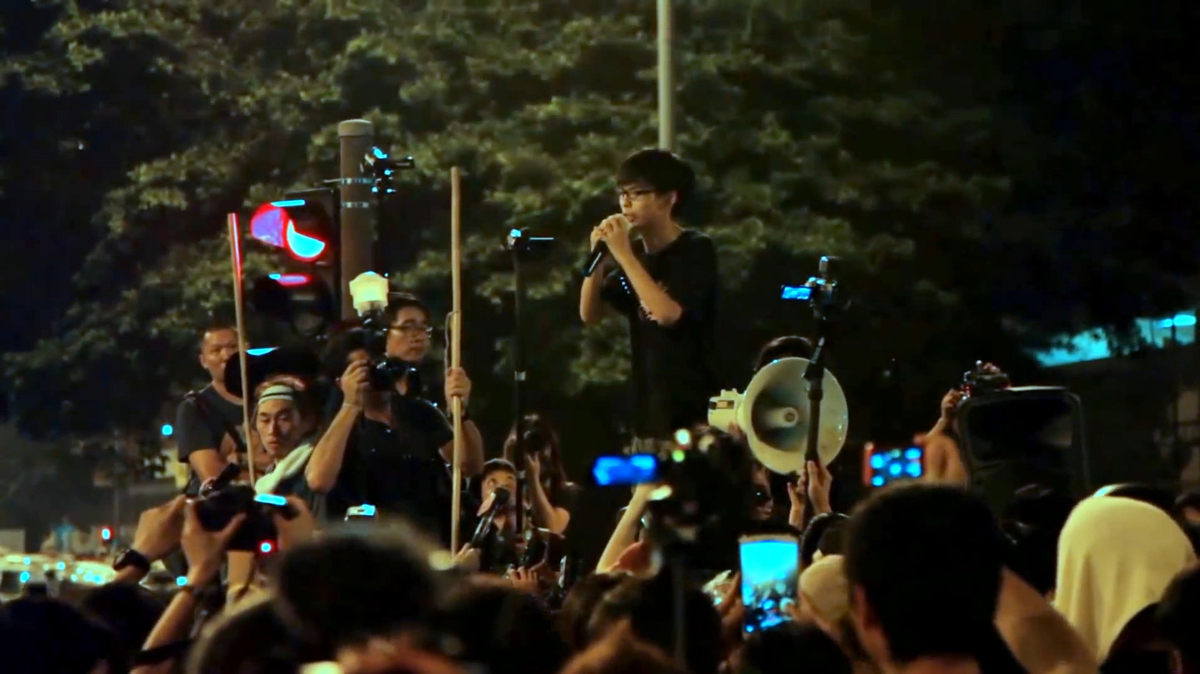 A scene from Joshua: Teenager vs. Superpower

That's too flippant, of course. As depicted in the friskily titled Joshua: Teenager vs. Superpower, the Hong Kong protests do appear something of a lark. But the Occupy Central protesters were attacked with batons, tear gas, and flash grenades, and the encampments were eventually destroyed. Unruly-haired Joshua Wong, now 20, was one serious teenager.

"Where are all the adults?" he asks early in Joe Piscatella's documentary. The comment, both earnest and mocking, is typical of Wong and such youthful allies as Derek Lam. Not only does Lam call the mainland Chinese government "Darth Vader," but he commits the ultimate offense of stating that Hong Kong residents "are totally not Chinese people."

The movie focuses on Wong, who was 14 in 2011 when he co-founded Scholarism, a student activist group. He and a few associates began by battling an attempt to impose Beijing-drafted educational standards on Hong Kong schools, and progressed to the 2016 election of one of Wong's slightly older associates, Nathan Law, to the city-state's Legislative Council. (Wong plans to run in 2020, when he meets the age requirement.)

Most American media reports on the 79-day Occupy Central live-in were shallow and glancing. For example, it was sometimes reported that the Occupy protesters were called members of the "Umbrella Revolution" because they carried the devices as shelter from the rain. In fact, they used umbrellas to deflect tear gas.

So it's useful to learn more about Wong and his allies, including Benny Tai, the law professor who founded Occupy Central. (Central is the area on Hong Kong island where the main government offices are; the action spread to two other neighborhoods, one across the harbor in Kowloon.) The goal was to bring true democracy to Hong Kong, where Chinese authorities prefer that voters choose only among candidates vetted in Beijing.

Shot on the fly with mini-cams and cellphones, Joshua captures the exhilaration of being in the middle of something, whether a righteous campaign or just a crowd of amped-up teens. The story is engrossing and its effect is galvanizing, but a little more background would be helpful. There are quick flashbacks to Tiananmen Square and the 1997 British handover of Hong Kong, but Piscatella clearly prefers the almost-present tense.

Even with recent developments, the film can be too terse. It mentions that Wong was raised a Christian, and shows him in church. It portrays his parents as quiet, ordinary, and slightly overwhelmed by their son's notoriety. "We don't want to be famous," says mom. Yet Wong's dad is prominent in Hong Kong — as an opponent of gay rights.

Another unasked question is about the funding of Scholarism and Occupy Central. The Chinese government and its supporters accused the upstarts of taking money from the U.S. government, which they deny. But the protesters were well outfitted with food, pop-up shelters, high-tech tents, and even electric fans. If the occupation was "organic," as Wong says, it was fertilized with somebody's cash.

But Joshua: Teenager vs. Superpower doesn't seek to be definitive. It's more interested in conveying passion, dedication, and movement. If that's what it takes to bring down an empire, then Joshua Wong is Hong Kong's Luke Skywalker.