Accessibility links
Brad Pitt On The Darkly Comic 'War Machine': 'Our Film Is Funny Until It's Not' Pitt plays a semi-clueless four-star general charged with overseeing the war effort in Afghanistan. He says the film uses comedy to lure viewers in, then shows them some harsh realities. 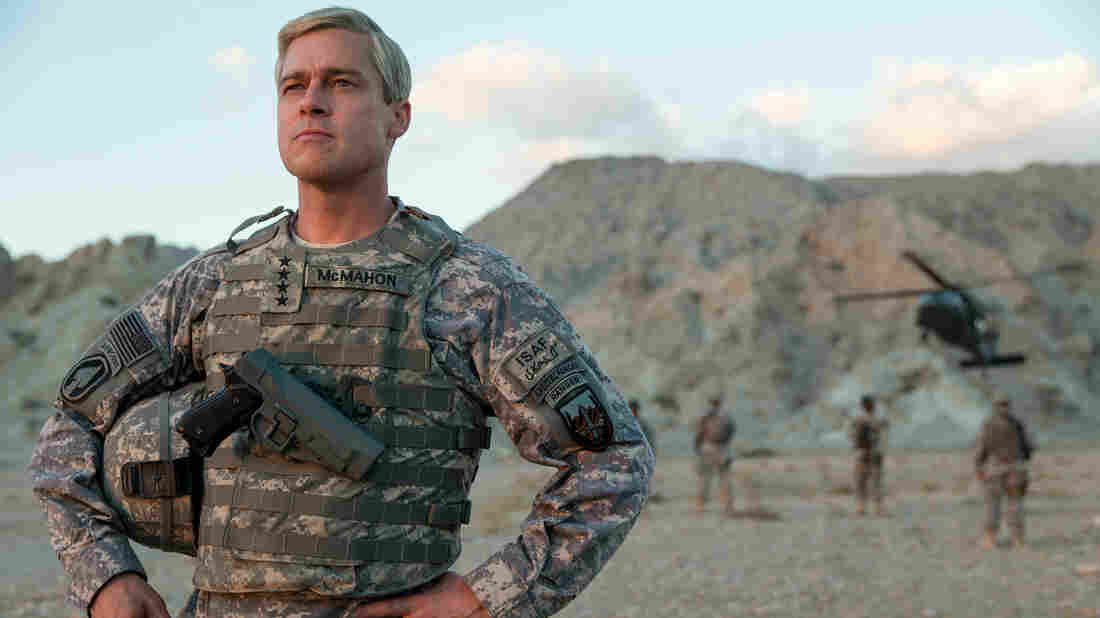 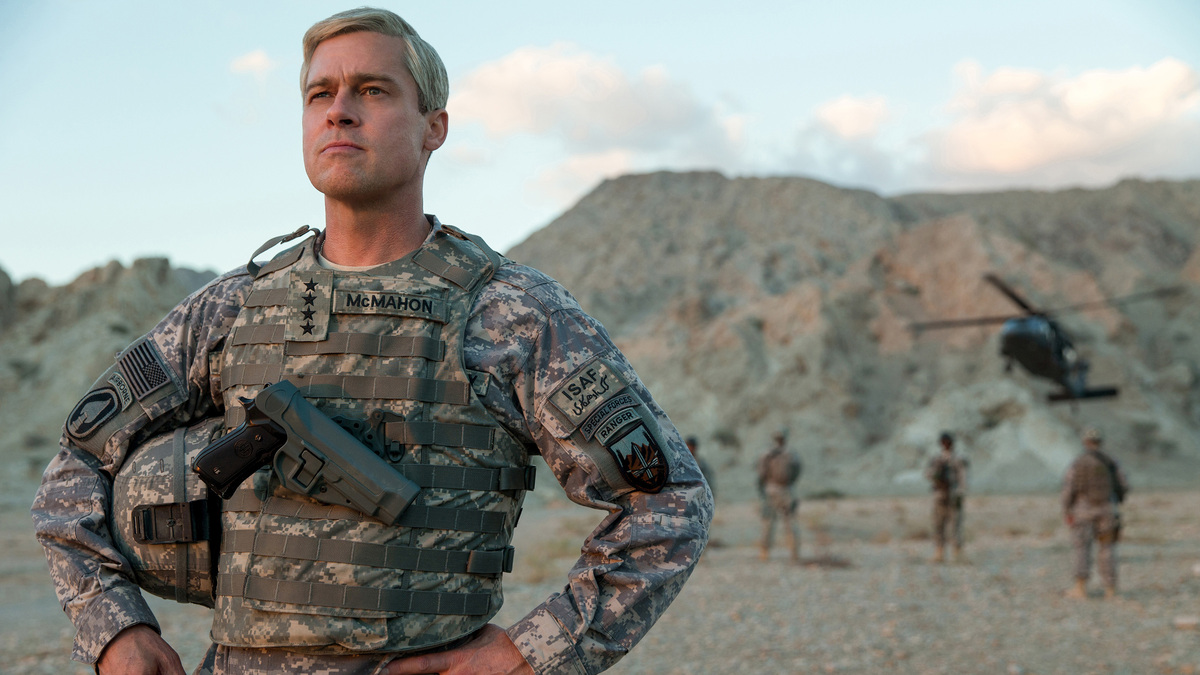 When you think about the 16 years America has been fighting in Afghanistan, "funny" probably isn't a word that comes to mind. So, at first blush, the new dark comedy War Machine feels a bit risky. It stars Brad Pitt as a revered but semi-clueless four-star general who's appointed to oversee the entire war effort in Afghanistan.

Pitt says the film uses comedy to lure viewers in, then it shows them some harsh realities. "I would say our film is funny until it's not; until the dial is turned to a more serious tone, till we get to the real repercussions for the troops, who are actually having to follow these orders."

War Machine was directed by Australian filmmaker David Michôd. He says if there are scenes that seem insensitive, well, there's a legacy there. "America, as we know, has a long and rich history of war comedy — you know, [Dr.] Strangelove, M*A*S*H and Catch-22 and ... even Stripes."

But according to Michôd, that genre has dried up. He points to a changing relationship between society and its military. "You could build comedy out of World War II, for instance, because the military machine was so much a part of society. ... In the decades since, that separation that's emerged between society and the military has had the effect of making it almost seem as if you cannot talk about military with anything other than reverence — in a way that would have been unthinkable back in World War II."

Michôd says being Australian put him in a unique position to talk about America's wars. "Australia has fought side-by-side with the United States in every major conflict since World War I. ... And so in a way I feel like I have the privilege of and outsider's eye, and yet also feel very entitled to speak as well, to have an opinion."

Michôd's new film is loosely based on a real general, Stanley McChrystal, who commanded allied forces in Afghanistan. In 2010, the late journalist Michael Hastings exposed McChrystal and his doubts about President Obama's war strategy, and the general was fired.

You have to wonder if Brad Pitt can relate to McChrystal's journey from being on top to struggling with his public image. The actor has had a rough six months: He and his wife, Angelina Jolie, split, and there was reportedly an altercation on a plane between Pitt and his son. Pitt was cleared of any legal wrongdoing, and he's been very honest about this being a period of introspection for him.

So does the actor connect with McChrystal's story? "I do have great empathy for him," he says. "You know, there's something that happens when you're No. 1 for too long — I think it's why empires fail. You know, we start liking the smell of our own stink, I think the expression is, and we don't question ourselves. And it's that very lack of introspection ... sometimes we have to hit a wall to really understand."

There's no doubt that this has been one of the most productive and successful periods in Pitt's career. His production company has taken on bold projects, like 2016's Moonlight, which won the Oscar for best picture. He became more interested in Afghanistan and War Machine after visiting Walter Reed National Military Medical Center, the facility in Bethesda, Md., where wounded veterans fresh off the battlefield are treated.

"It's absolutely heroic what I saw there that day," Pitt says. But there's no denying that those veterans' lives were forever changed. "It really made me question why? Why? For what?" He says the best way to support our troops would be to question our tactics. "If this was [New England Patriots coach] Bill Belichick and he'd lost for 16 years, he'd be out of a job ... and we would be up in arms."