Accessibility links
Hillary Clinton Jabs Trump Administration In Wellesley Commencement Speech "When people in power invent their own facts and attack those who question them, it can mark the beginning of the end of a free society," Clinton said at Wellesley College. 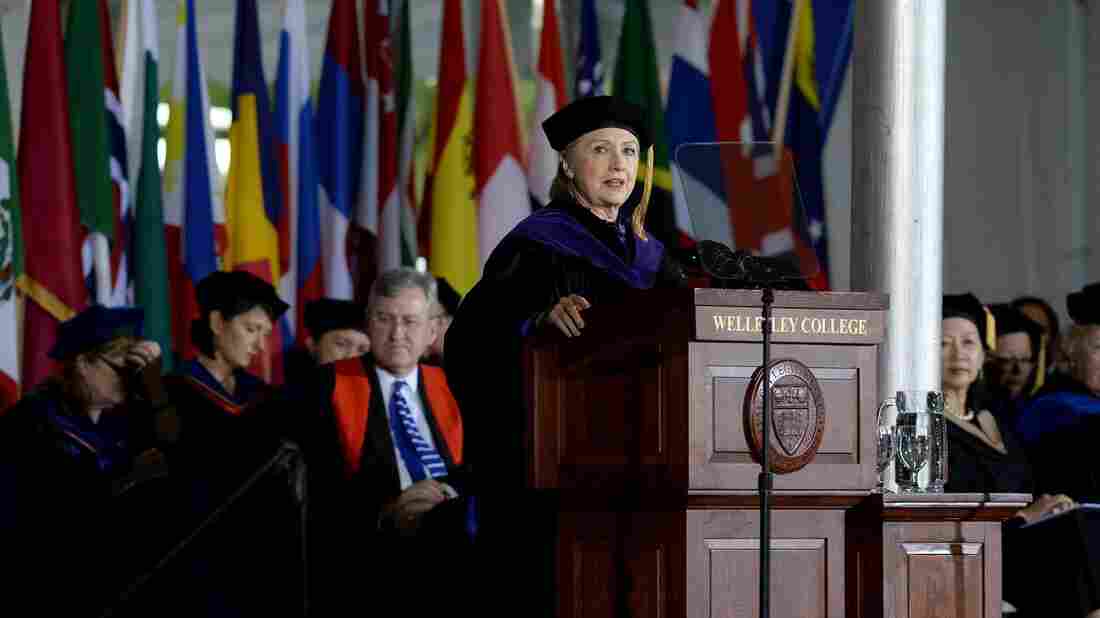 Hillary Clinton returns Friday to the commencement stage at Wellesley College, where, in 1969, she was the first student to speak to a graduating class. Darren McCollester/Getty Images hide caption 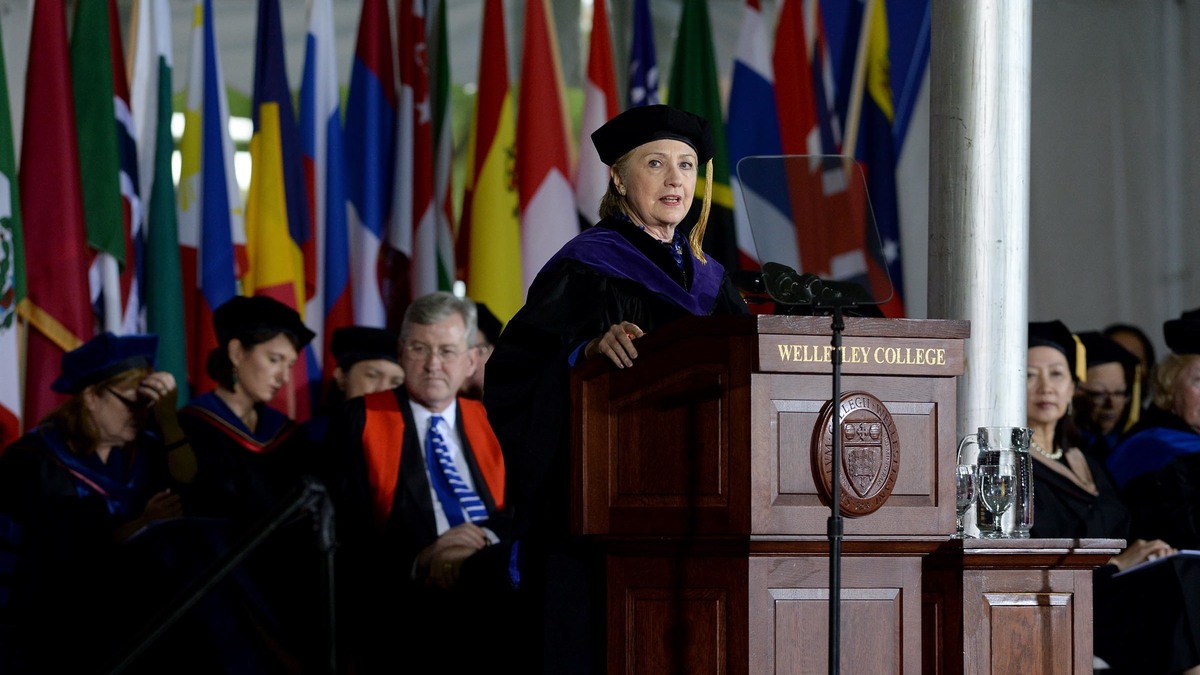 Hillary Clinton returns Friday to the commencement stage at Wellesley College, where, in 1969, she was the first student to speak to a graduating class.

She used the opportunity to wade into current politics and direct a few jokes at President Trump.

"When people in power invent their own facts and attack those who question them, it can mark the beginning of the end of a free society," she said. "That is not hyperbole; it is what authoritarian regimes throughout history have done. ... They attempt to control reality."

She called Trump's new budget proposal "an attack of unimaginable cruelty on the most vulnerable among us — the youngest, the oldest, the poorest and hard-working people who need a little help to gain or hang on to a decent, middle-class life."

"Let's call it what it is, it's a con. They don't even try to hide it," she said, referring to the Trump administration.

She joked about her 1969 Wellesley class being furious after the election of Richard Nixon, saying the class was angered over "a man whose presidency would eventually end in disgrace with his impeachment for obstruction of justice." (Nixon actually resigned before the House could vote on his impeachment.)

She continued, "after firing the person running the investigation into him at the Department of Justice," an allusion to Trump's firing of FBI Director James Comey.

"We got through that tumultuous time, and once again, we began to thrive," she said.

Clinton also spoke about fake news and theories perpetuated on social media, joking that "some are even denying things we see with our own eyes, like the size of crowds."

Clinton talked about her November loss. "You may have heard that things didn't go exactly as I planned. But you know what, I'm doing OK," she said. She talked about spending time with her family after the election, walking in the woods and organizing her closets and added, "I won't lie, chardonnay helped a little too."

But what helped her most, she said, was "remembering who I am, where I come from and what I believe."

"Don't be afraid of your ambition, of your dreams or even your anger," she continued. "Those are powerful forces, but harness them to make a difference in the world."

The Wellesley stage is a familiar one for her — Clinton delivered the commencement address as a student and again 25 years ago.

Clinton has made few public appearances since last November's crushing loss, mostly addressing groups that advocate for women and children. She has also been seen hiking, shopping at bookstores and doing other regular people things in her "peaceful alternate universe," as the Huffington Post described it.

The young activist was the first student to address the graduating class, and she used that speech to lean into politics of the day. She challenged Sen. Edward Brooke, who spoke at the same event. He celebrated incremental progress and argued against protest, as NPR's Tamara Keith reported. When it was Clinton's turn, she ad-libbed a response to Brooke, declaring that empathy was not enough in politics.

"Part of the problem with just empathy with professed goals is that empathy doesn't do us anything," she said. "We've had lots of empathy, we've had lots of sympathy, but we feel that for too long our leaders have viewed politics as the art of the possible."

"The challenge now is to practice politics as the art of making what appears to be impossible possible," she continued.

Earlier this week, Clinton made similar comments blasting Trump's budget saying that it, along with efforts to repeal the Affordable Care Act, "shows an unimaginable level of cruelty and lack of imagination and disdain for the struggles of millions of Americans."