Accessibility links
Beaches, Bathing Suits, And Finally On The Big Screen, 'Baywatch' NPR movie critic Bob Mondello reviews a movie that could only come out in the summer — Baywatch, starring Dwayne Johnson and Zac Efron. 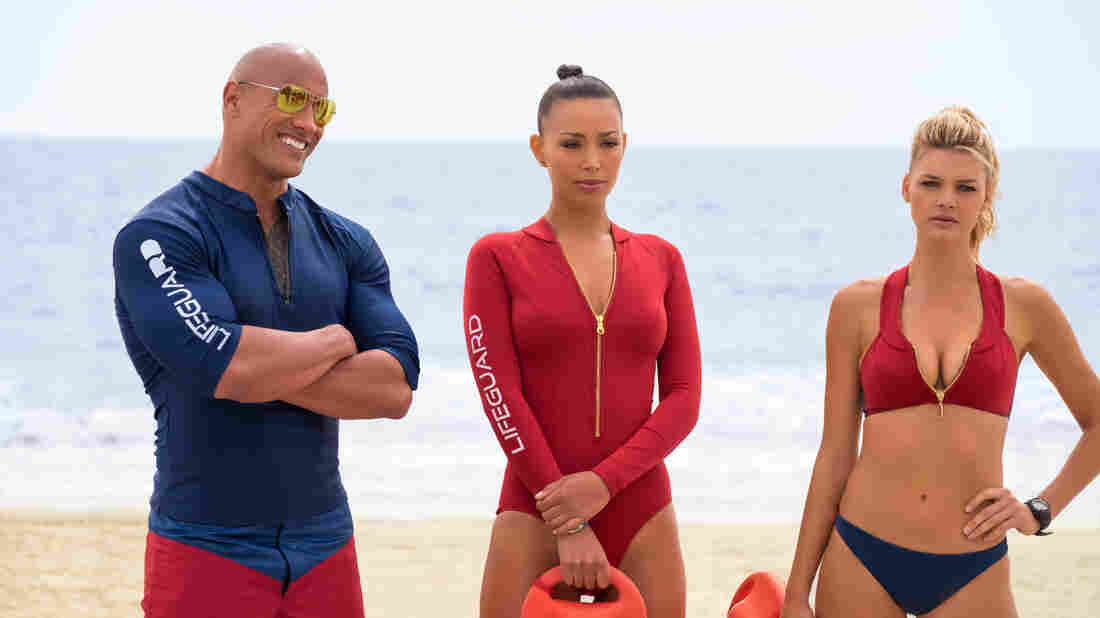 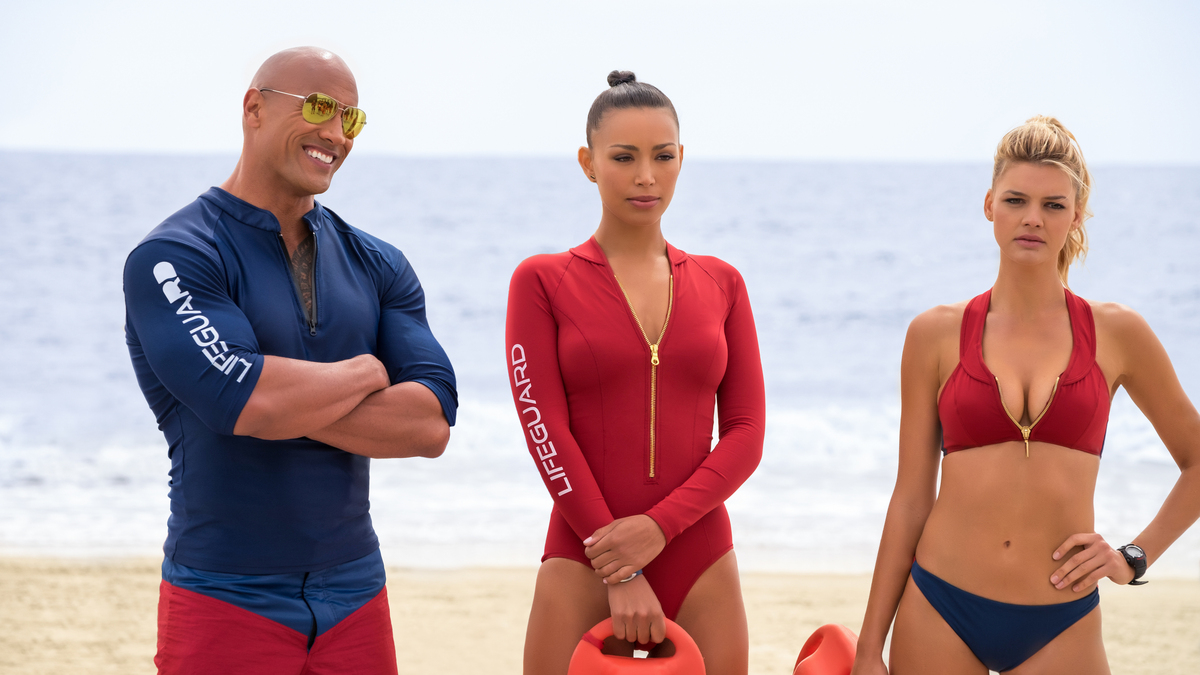 It's a beach in Florida this time — I know you care because we're all here for the plot, right? — and head lifeguard Mitch Buchannon is now The Rock not The Hoff.

"Our team is the elite of the elite," Dwayne Johnson's Mitch tells his Baywatch recruits, "the heart and soul of this very beach."

Also the pecs, glutes, and washboard abs of this very beach, of course. A beach that is apparently in peril, though you'd hardly guess from the less-than-rigorous lifeguard-tryouts Mitch is holding. Or from the snark he throws at Zac Efron's stuck-up Olympic swimmer, Matt Brody, who tries to get out of those tryouts. Mitch won't even utter the kid's name.

"Hey, One Direction..." he snorts, then turns to returning guard Ilfenesh Hadera for support. "New Kid on the Block here is from Iowa. A lot of oceans in Iowa?"

"What is this," wonders Brody, "lifeguard hazing?"

And yeah, that's it in a clamshell, and it's all the film has going on for most of the first hour. Which will probably be fine with its intended audience. On TV, the series was cancelled after its first season, then became a megahit during a decade or so in syndication.

"You should look at my face," she flirts.

You'll note that the women are a take-charge bunch these days (not that Pamela Anderson wasn't — no emails please). No one would accuse the film's women of having personalities, but the filmmakers did decide to let them make the jokes about physicality, not be the butt of them.

"Why does she always look like she's running in slo-mo?" wonders Daddario, as she watches Kelly Rohrbach's CJ do what Anderson did before her.

"You see it too?" marvels Jon Bass' pudgy guard-in-training. It's the cinematic equivalent of air-quotes.

The guys meanwhile get the gross-out stuff — genitalia caught in a lounge chair, a trip to the morgue where the talk turns scrotal (actually, the guy-talk frequently takes that turn). And when nudity is called for, who ends up naked? Bass, natch, who doesn't realize he's in a co-ed shower.

Females empowered, males embarrassed. All played with bathing suits skimpy enough that you figure there must be a spandex shortage in Florida. Which is guilty-pleasure-ish fun for a while, until director Seth Gordon feels the need to tell an actual story, involving real estate deals and a gorgeous villain (crossover Bollywood star Priyanka Chopra) in evening gowns so clingy, low-cut, and slit up the side that she might as well be in the red suits Mitch's team is wearing.

Unlike the setup, the story founders and cramps like a tourist who swam too soon after an all-you-can-eat buffet, which is pretty much the only thing the filmmakers don't toss into the water by film's end. The plot doesn't quite sink Baywatch, but it sure slows it down. Still, as Efron shouts over a motorboat's roar, "all things considered, things coulda gone a lot worse." True that.