Accessibility links
In 'Becoming Bond,' A Look At The Man Who Was 007 Only Once The new Hulu documentary Becoming Bond is all about the man who was only James Bond once: George Lazenby. 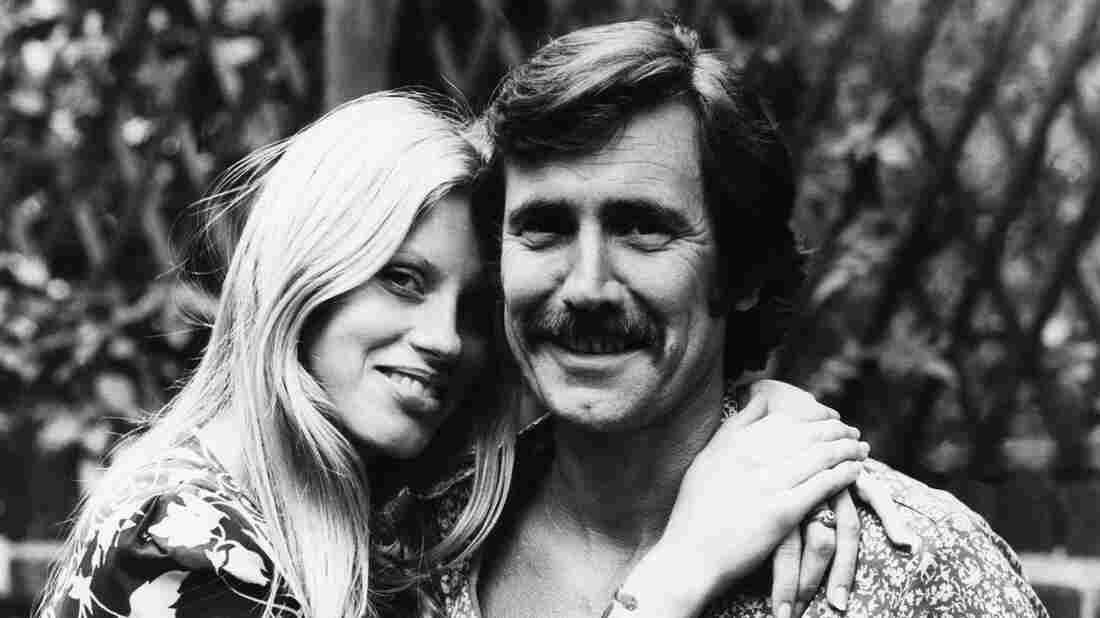 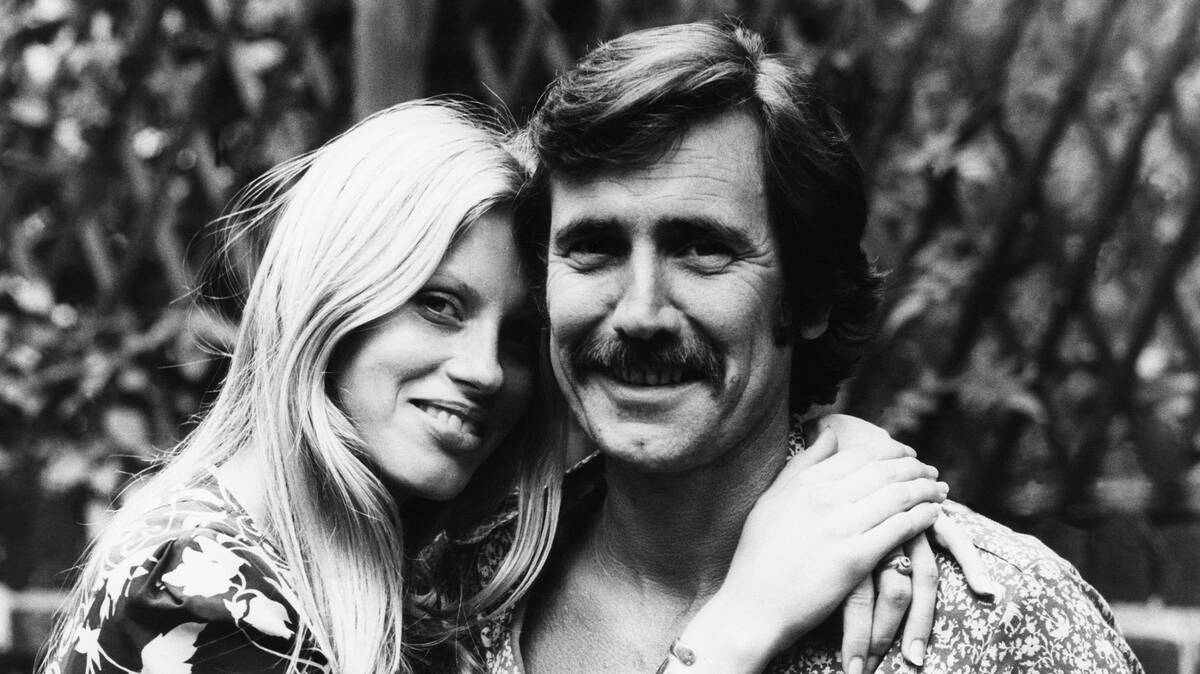 George Lazenby and his fiancee, Christina Gannett, shortly before their marriage in 1971.

When Roger Moore died last week at the age of 89, many tributes hailed him as the actor who'd played James Bond the longest. That isn't quite wrong, but it isn't exactly right.

The span between his first 007, Live and Let Die, and his last, A View to a Kill, was 12 years, during which he played the famous spy in seven movies. But Sean Connery, who'd quit the role with one film remaining on his contract only to be lured back twice, eventually got to seven, too. That is, if you count the non-canonical Never Say Never Again, released in 1983 — 21 years after his double-oh debut in Dr. No — when it competed against an "official" Moore-starring entry, Octopussy. The latter would be the one where Bond goes undercover as a circus clown. (Yes, really.) The Bond pictures were never without humor, but they got a lot goofier during the Moore era.

But between Connery's departure and his (first) return there was a one-and-done Bond, perennial Trivial Pursuit curiosity George Lazenby. He's now the subject of Josh Greenbaum's Becoming Bond, a very funny original Hulu documentary that, through pure coincidence, made its debut on the streaming service only about 48 hours before the news of Moore's passing broke. The 90-minute movie is comprised of a longform interview with a still-handsome, seventy-something Lazenby intercut with Drunk History-style reenactments of the frequently hard-to-swallow episodes he recounts, mostly from his pre-Bond life.

Australian actor Josh Lawson is an appealing stand-in for the young Lazenby — never mind that this is a role that should have gone to Matt Gourley, comedian and co-host of the podcast James Bonding. (Gourley's other credentials include having played Bond creator Ian Fleming on Drunk History and on the Superego podcast, a gift for mimicking accents, and Bond-geek superknowlege.) The rest of the cast is rounded out by some very recognizable comedic actors, and maybe even a Bond series veteran or two, but it's more fun if you discover their identities as you go.

But they're not just riffing. There's an actual story here, one of the greatest casting stories ever told. That an actor played the role of James Bond just one time is of less interest than the fact that he was not, in fact, an actor. What in 1968 was the most sought-after role in showbiz went to an Australian car salesman turned male model whose sole prior acting experience was bluffing his way past the receptionist at the London offices of EON Productions. (The Bond company, so to speak.)

Lazenby had never spoken one line in a movie. He'd never acted in a play. Bond producers Albert "Cubby" Broccoli and Harry Saltzman saw him in a TV commercial for Big Fry's Chocolate wherein Lazenby doesn't speak a word. On Her Majesty's Secret Service director Peter Hunt says that he and the producers interviewed roughly 400 actors to find their new star. (One of them was a 22-year-old Royal Academy of Dramatic Art dropout named Timothy Dalton, who would become the next next next Bond, 19 years later.) Not until the rough-and-ready Australian actually broke a stuntman's nose in a fight scene, performed as one of his many screen tests, did Broccoli finally decide to take a chance on him. Say what you will about his performance in the movie, he's very convincing in the action scenes — more than the older, suaver, Britisher Moore ever was, certainly.

Accounts have varied over the decades as to whether Lazenby bailed of his own volition or was fired. On the On Her Majesty's Secret Service Blu-ray, former United Artists CEO David Picker, among others, says it was the latter. And in a 2011 interview, Diana Rigg — Lazenby's co-star — told the BBC, "George Lazenby was ill-equipped. It's not for nothing that they didn't offer him any sequels." Even Lazenby himself has told the story both ways.

In Becoming Bond, he insists that he was offered a six-film contract plus a generous signing bonus, a package he declined on the advice of his manager. It was the end of the sixties, and Bond — a free-loving but otherwise totally square "blunt instrument" in the service of the waning British Empire — would soon look dated or worse, Lazenby and his advisers concluded.

That Lazenby refused to cut the long hair and beard he'd grown since filming of On Her Majesty's Secret Service wrapped for the movie's London premiere did not endear him to Broccoli and Saltzman. (In hindsight, this seems wildly ill-advised. Lazenby looked great with long hair, and having him photographed this way might help alleviate any creeping sense of conservatism.) They booted him off the movie's American press tour, so Lazenby flew to the U.S. at his own expense and when knocking on TV station doors, asking to be let in to promote a movie from which he'd already distanced himself. Of course, the bigger issue was that Lazenby had announced before the movie even opened that he would not reprise the role — the same move Connery had pulled two years earlier.

While On Her Majesty's Secret Service was not warmly received upon its initial release, it's now frequently named among the two or three best of the entire Bond series. Some of this is just fan-protectiveness, naturally; die-hards will always want to claim that the obscure document most folks don't know is superior to the popular one that they do. But OHMSS really is a marvelously rewatchable curiosity that looks and feels like no other entry in the long-running series. In many ways, it foreshadows the the way the Bonds would become more physical and (briefly) more emotional when the franchise rebooted with Daniel Craig in Casino Royale, 37 years later.

Craig was born in March of 1968, more or less the exact time when Lazenby was Becoming Bond.