Accessibility links
Why The 'Sgt. Pepper's' Cover Art Matters As Much As The Music As the album turns 50, critic Colin Fleming argues that the cultural impact of Peter Blake's iconic record sleeve equaled that of the music. 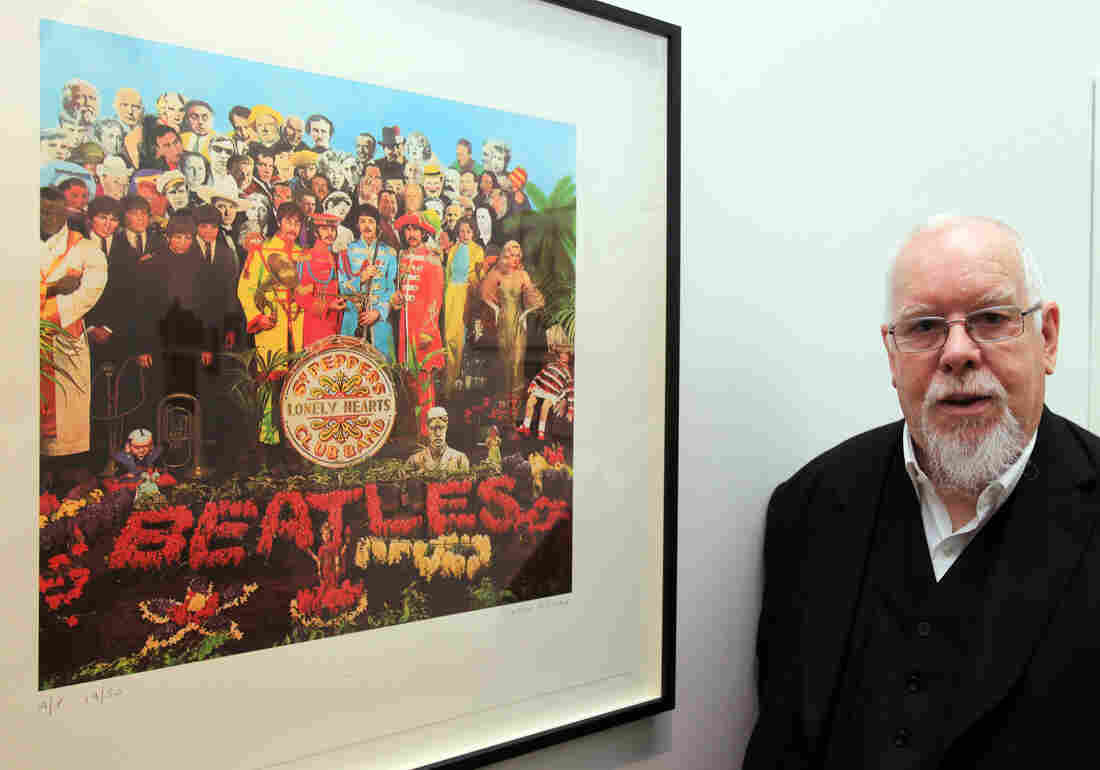 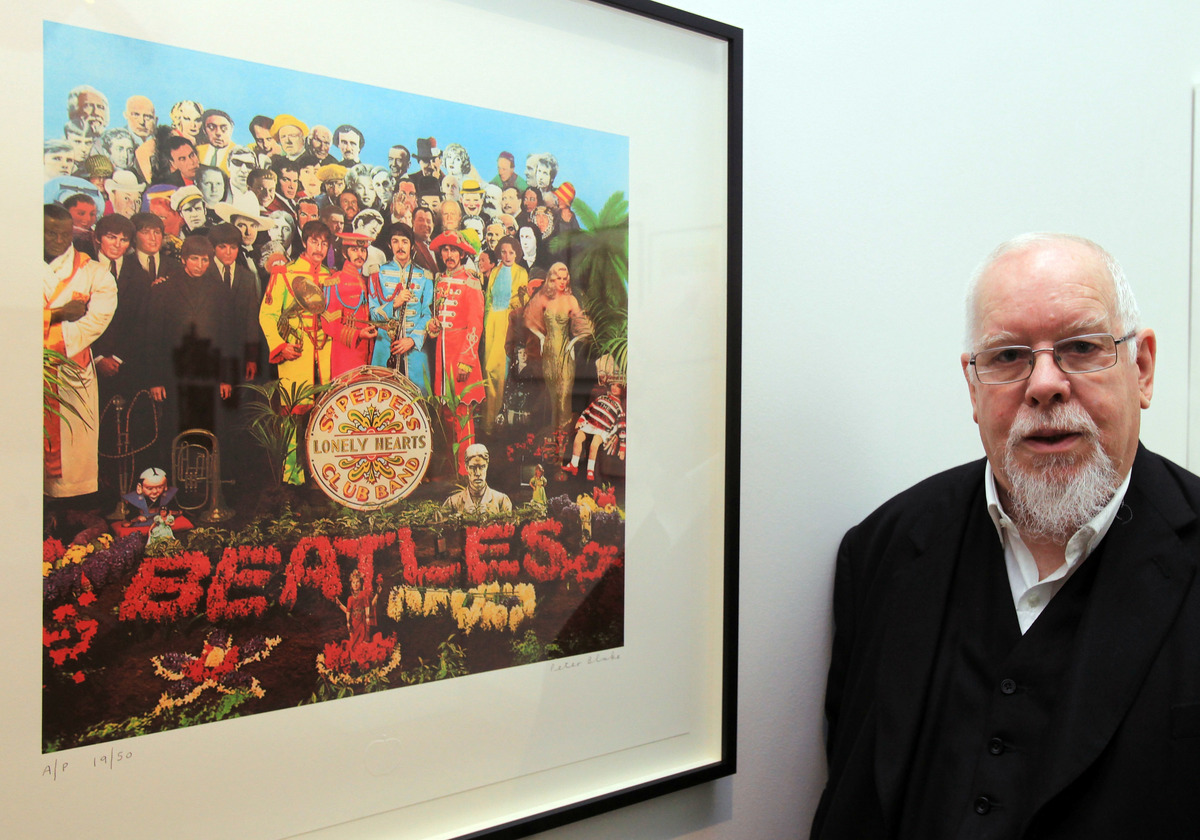 Pop artist Peter Blake poses beside a copy of the Sgt. Pepper's Lonely Hearts Club Band album cover, which he co-designed in 1967.

Fifty years ago, The Beatles released Sgt. Pepper's Lonely Hearts Club Band. It's acknowledged nearly universally as one of the most well-known and influential rock albums of all time — and critic Colin Fleming argues that the artwork on the cover is just as important as the music.

The Sgt. Pepper's cover art, co-created by pop artist Peter Blake, is iconic. It depicts The Beatles surrounded by the images of famous figures from history and pop culture — "almost like a giant birthday party or an Irish wake," Fleming says. "Kind of like a death of the 'pop' Beatles and a rebirth, really, of this new, almost populist-avant-garde Beatles."

And while the Sgt. Pepper's cover has prompted its fair share of imitations, Fleming thinks its cultural impact goes beyond that.

"I think it expanded the notion of what was possible," he says. "And the notion of freedom — I think the cover as much as the final, famous chord of 'A Day In The Life' signifies the same kind of idea."

Hear more of Fleming's conversation with NPR's Lulu Garcia-Navarro at the audio link.