Accessibility links
Why Rick And Canyon Barry Stay True To The 'Granny Shot' NBA Hall of Famer Rick Barry and son Canyon Barry talk about the tradition of underhand free throws. Rick swears by its accuracy, but players hardly ever use it. 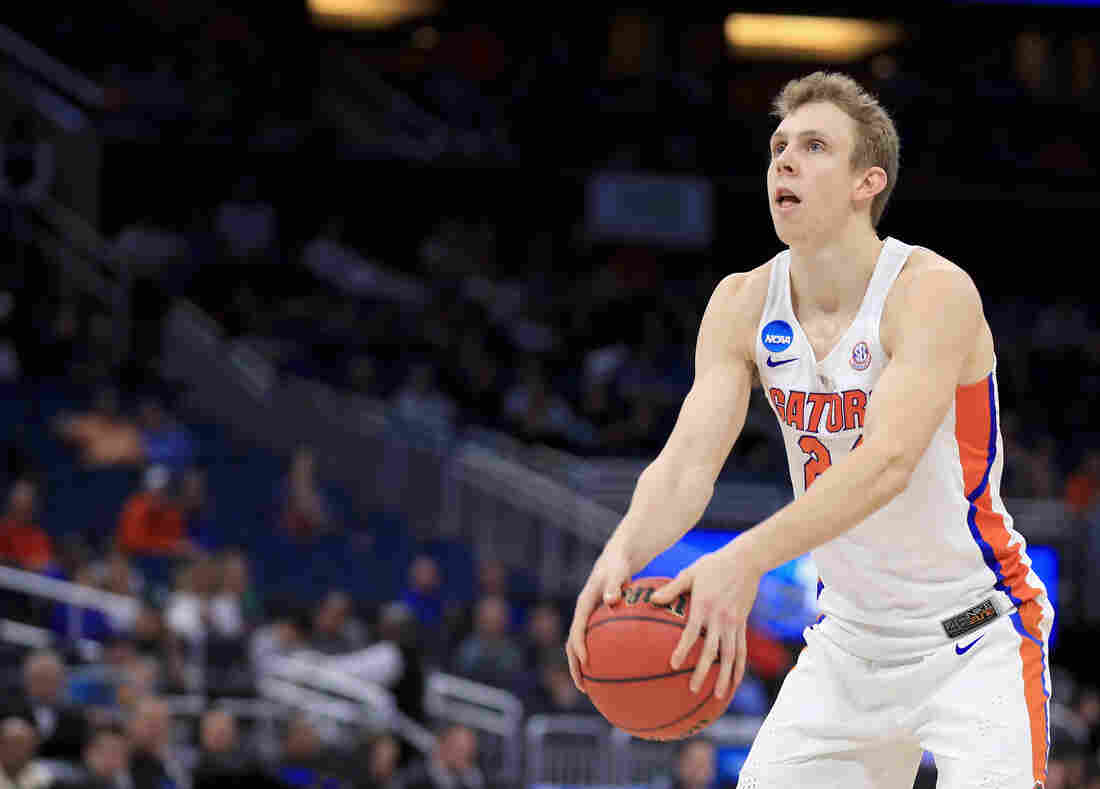 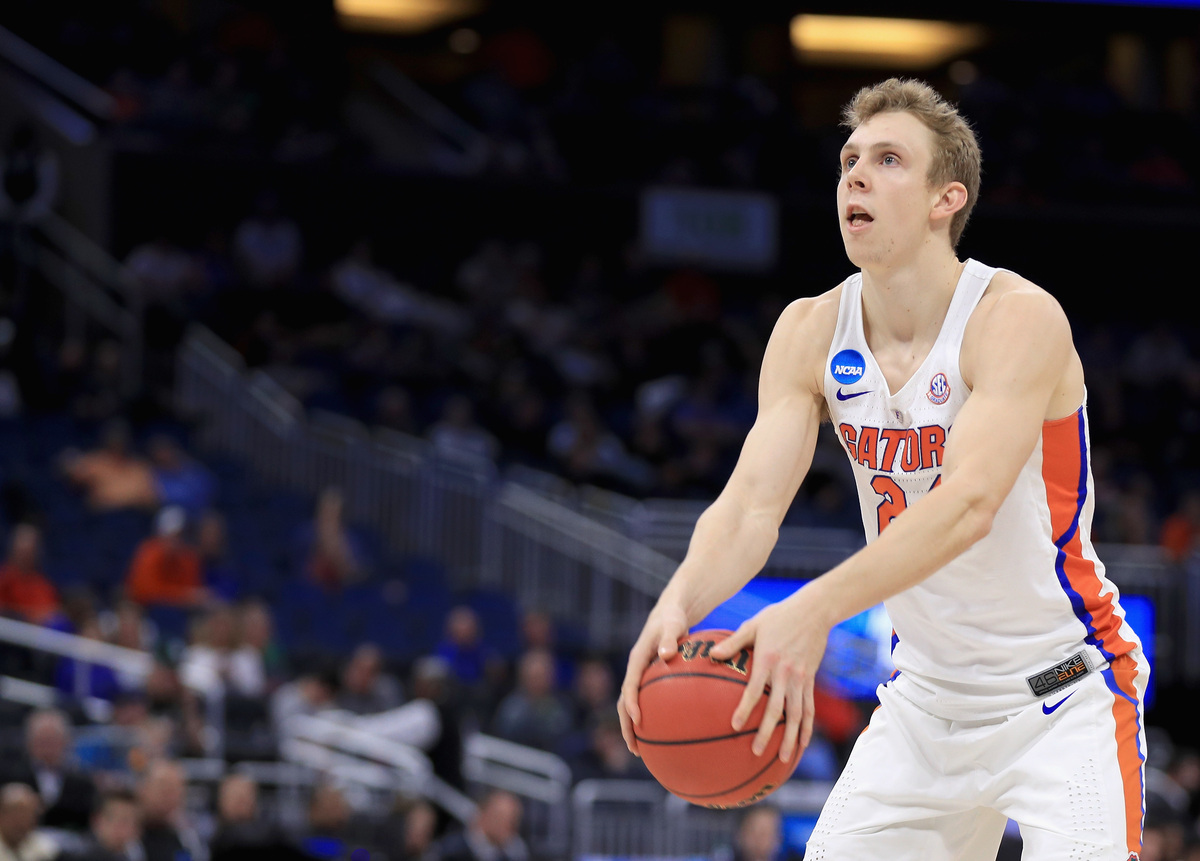 No one in the history of the NBA has been a louder proponent of the underhanded free throw than Rick Barry. The unorthodox technique — sometimes known as the "granny" — earned the Hall of Famer the title of one of the best free throw shooters of all time.

Barry swears by its accuracy, but players hardly ever use it.

"I really truly can't comprehend the aversion people have to trying something that could be very effective for them," Rick says.

He holds a career free throw average of 90 percent.

In His Own Words: How A Gym Teacher Invented Basketball In 1891

Even within his own family, his wife — Lynn Barry, a former Assistant Executive Director of USA Women's Basketball — and his four sons prefer the overhead. His youngest son, Canyon, 23, is the only one to continue the tradition.

"Logically dictated, if you have one of the greatest free throw shooters of all time as your personal free throw coach, you should at least give it a try," Canyon says.

He just finished his fifth year with the University of Florida Gators. During his last two seasons, Canyon scored, on average, 86 percent of his free throw shots. To compare, the average in the NBA over the same period is 76 percent.

For the Barrys, performing the underhanded free throw requires gripping the sides of the ball, bending your knees and lifting both arms in simultaneous motion up to the release which then lands the ball over the rim.

The move is meant to be seamless and soft. The idea is that there are less moving parts involved like elbows and wrists to ruin the arc.

The method has been honed and refined since Rick learned it from his father.

Rick took most of the wrist out of it and would go on to use the technique throughout his illustrious career in the NBA, ABA and NCAA — including leading the Golden State Warriors to the 1975 championship.

It's a large shadow that's followed Canyon throughout his own collegiate career.

Upon missing a free throw at one tournament, he recalls the audience slowly cheering, "you're adopted" from the sidelines. He took the jeers in stride.

Why no one uses it

For most players who've tried it, that ribbing is one reason they stopped. Basketball great Wilt Chamberlain is famously ranked as one of the worst free-throw shooters of all time. But when he briefly switched to the underhand during the 1961-1962 season, he made 61 percent of his free throws that season, the highest of his career.

But then he decided to stop, and his free-throw game never recovered. In his autobiography Chamberlain said using the "granny" shot made him "look silly" and "like a sissy."

The use of underhand is so rare that watching a player perform it almost guarantees weird looks and endless chatter.

The most recent case is Chinanu Onuaku of the Houston Rockets. A Reddit thread dedicated to Onuaku's underhand garnered comments, such as "women will assume he lacks masculine rigor" and "The other players don't respect him now too."

Rick had that initial reaction while in high school in the 1970s. He says his father, a semi-pro player and coach, kept bothering him about switching, saying it would make him better.

But Rick was self-conscious about the underhand shot because he says girls were known to shoot that way.

Canyon refined the technique for changing times. For example, he now holds the ball further away from his body.

"The ball would get caught on the inseam of the shorts," says Canyon about the longer, baggier basketball uniforms. His father prefers the short shorts of days past. 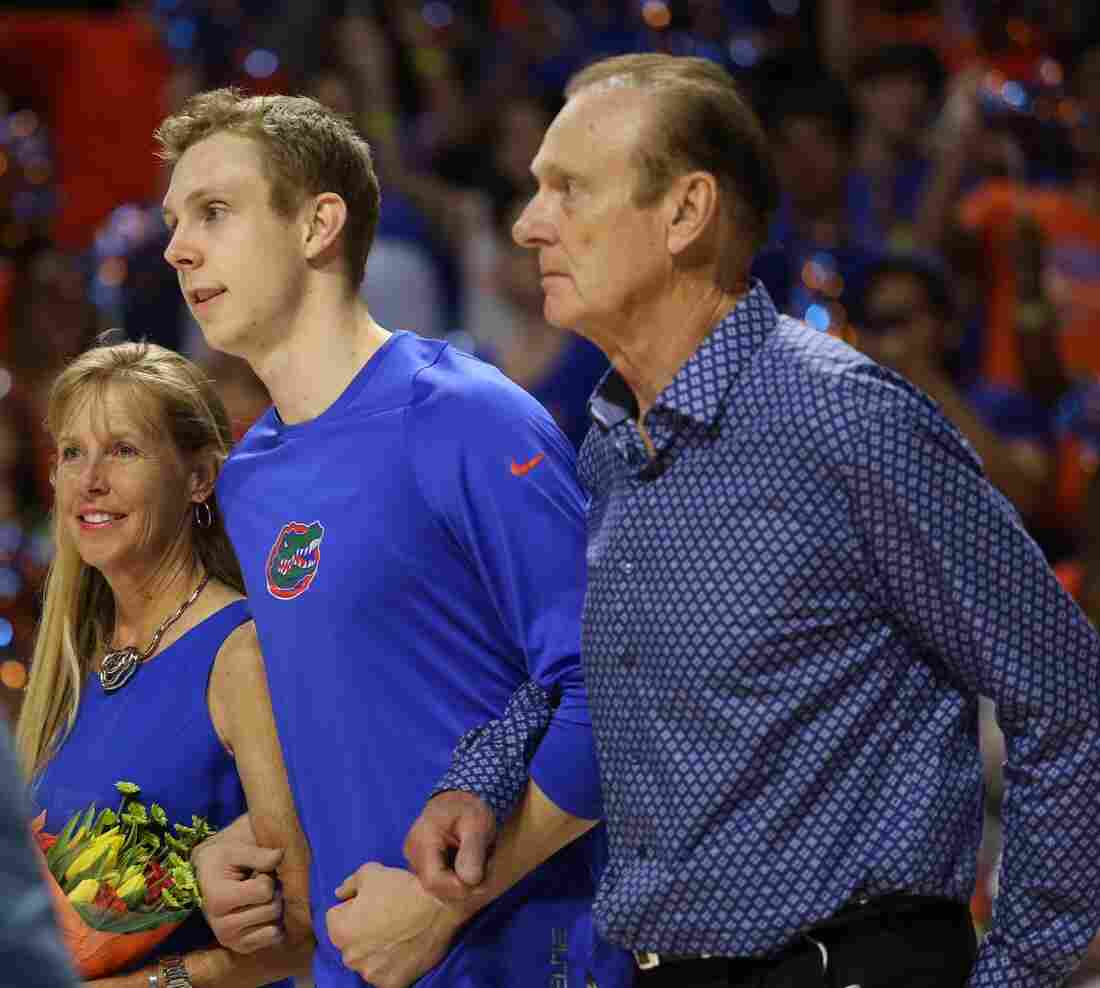 Lynn, Canyon and Rick Barry at a University of Florida game. Canyon is the youngest of the Barry children and also shoots free throws underhand like his father Rick famously did during his professional career. Courtesy of Kelly Streeter hide caption 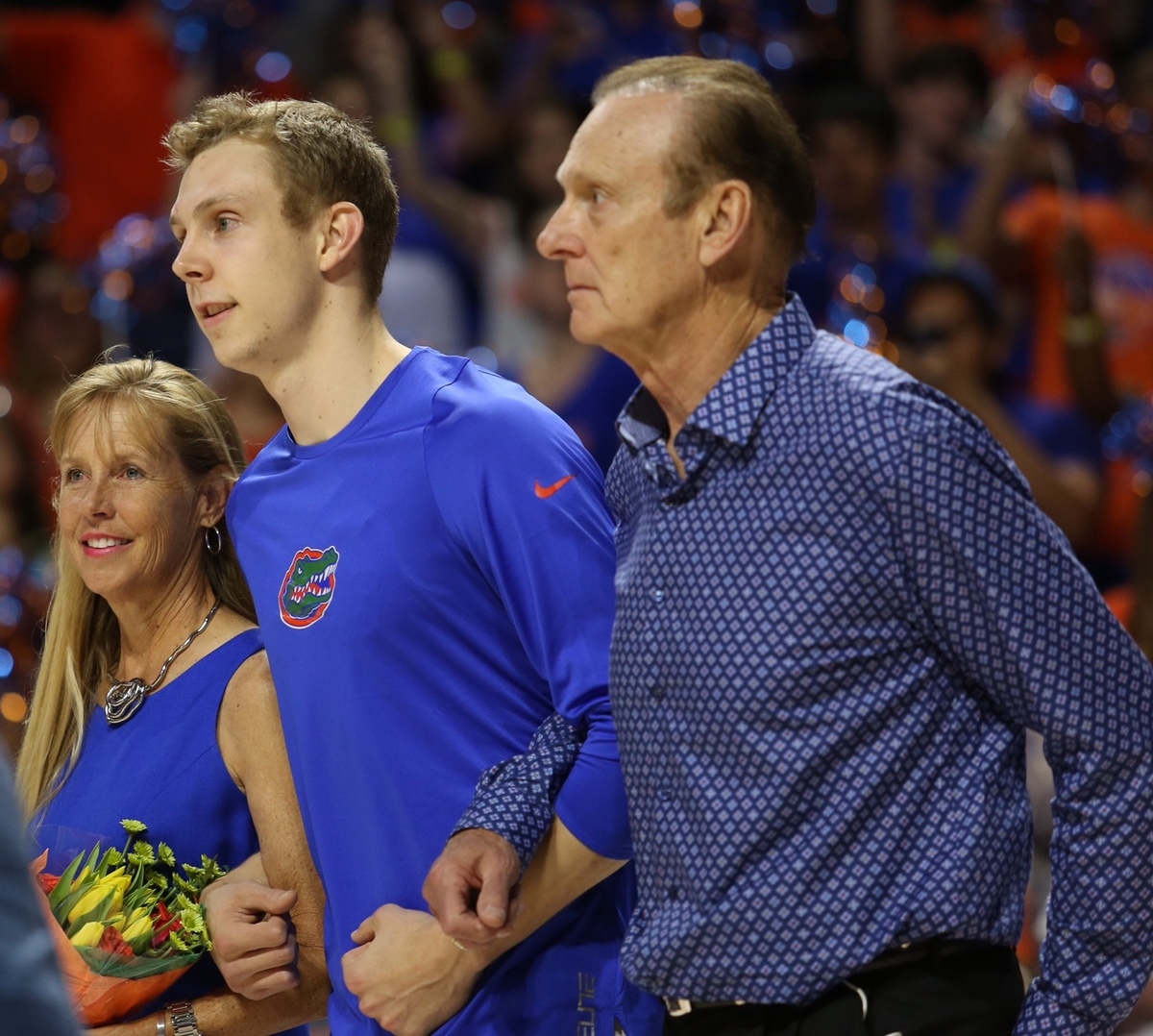 Lynn, Canyon and Rick Barry at a University of Florida game. Canyon is the youngest of the Barry children and also shoots free throws underhand like his father Rick famously did during his professional career.

"The players have gotten bigger and stronger, they look like Greek Gods — you know chiseled bodies," Rick says. "Its just astonishing how they got themselves to be physically."

For Canyon getting to that level means a strict regiment of two-ball drills, lifting weights and calibrating his nutrition.

Basketball As A Way Out Of Syria's War

These are all things Rick didn't have to worry about. This includes injuries on the court. Rick would even get his knee drained during games and keep playing.

Not so much for Canyon. An injury today can mean the end of a burgeoning career. His ultimate goal is to play in the NBA.

But if that doesn't work out, Canyon has a backup plan: finish his master's degree in nuclear engineering.

Either way, he's sticking with the underhand free throw.