Accessibility links
Mike Tyson's New Book Is A Memorial To The Man Who Made Him A Champion Tyson says trainer Cus D'Amato is the reason he had such a legendary career. "We had a lot of dreams, hopes. ... Being champ of the world, that's all that we ever thought about." 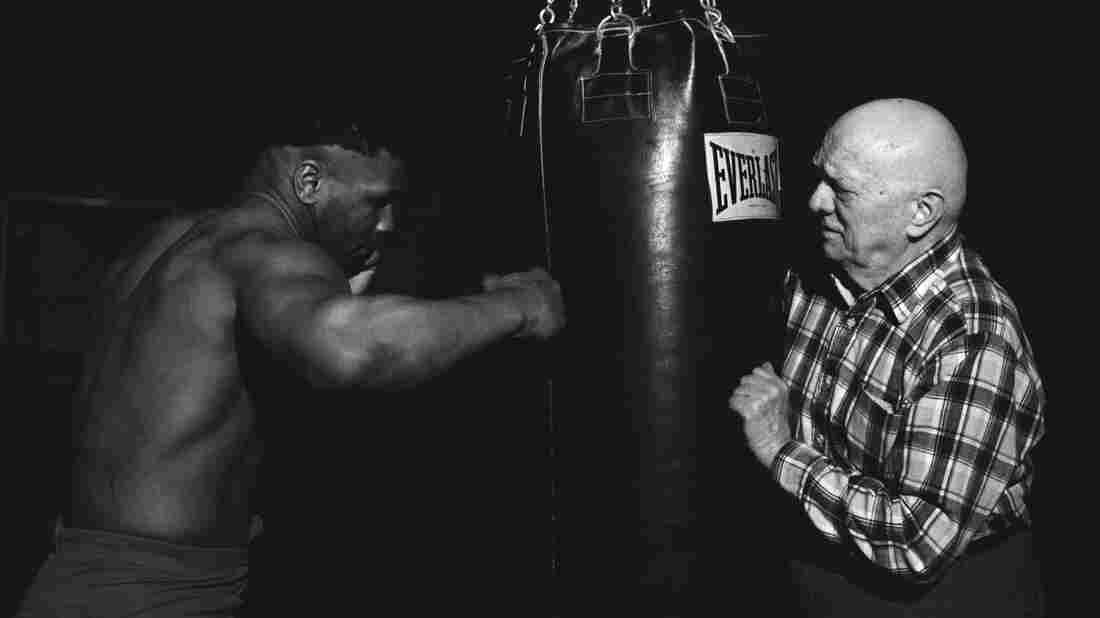 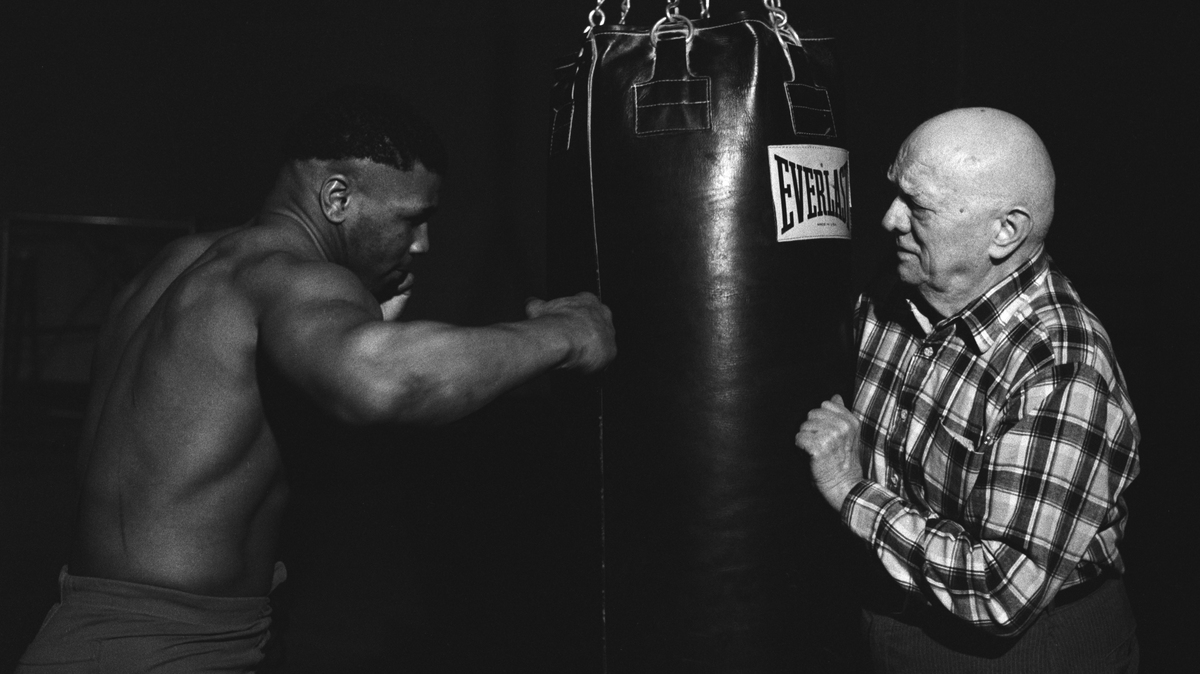 Mike Tyson and Cus D'Amato in training. "I'm not a creator," D'Amato once said. "What I do is discover and uncover."

On a November night in 1986, a crowd gathered in Las Vegas for an event that was hyped as "Judgement Day." Muhammad Ali was there, along with celebrities Sylvester Stallone, Eddie Murphy and Rob Lowe. (Hey, it was the '80s.) At the center of it all was a boxing ring with a referee and two fighters: Mike Tyson and Trevor Berbick.

Tyson was 20 years old and hoping to become the youngest ever heavyweight champion. Today he says he never would have been in that ring if it weren't for trainer Constantine "Cus" D'Amato, a man Muhammad Ali once called "the bible of boxing." Tyson says D'Amato is the reason he had such a legendary career. He's also the reason NPR visited Tyson's home in Las Vegas.

Mike Tyson And The Questions Not Asked

We went through a couple of gates to get there, then his wife, Kiki, welcomed us and showed us to a casita near the pool. Mike Tyson came in slowly and stiffly — maybe a sign of all those years in the ring — wearing tight (read: hipster) jeans. He's smaller than you'd think, and trim, with delicate hands.

We're here to talk about Iron Ambition, Tyson's new book about his former trainer. Tyson writes that when he and D'Amato first met, D'Amato was considered washed up and Tyson hadn't even begun. He calls himself "a bad kid," in and out of reform schools, stealing, fighting. Then, in 1980, a reform school guard took Tyson to D'Amato's gym in Catskill, N.Y. After a few minutes in the ring, D'Amato proclaimed the kid would be a champ. So what did he see in Tyson?

"I have no idea," the boxer says. "I think about that myself. How did he know? Out of all the kids he's been around all his life, how'd he know I'm the guy that's gonna do it?"

At first, Tyson says he didn't buy it. But then he started training with D'Amato, and also started to believe. "We had a lot of dreams, hopes. ... Being champ of the world, that's all that we ever thought about." 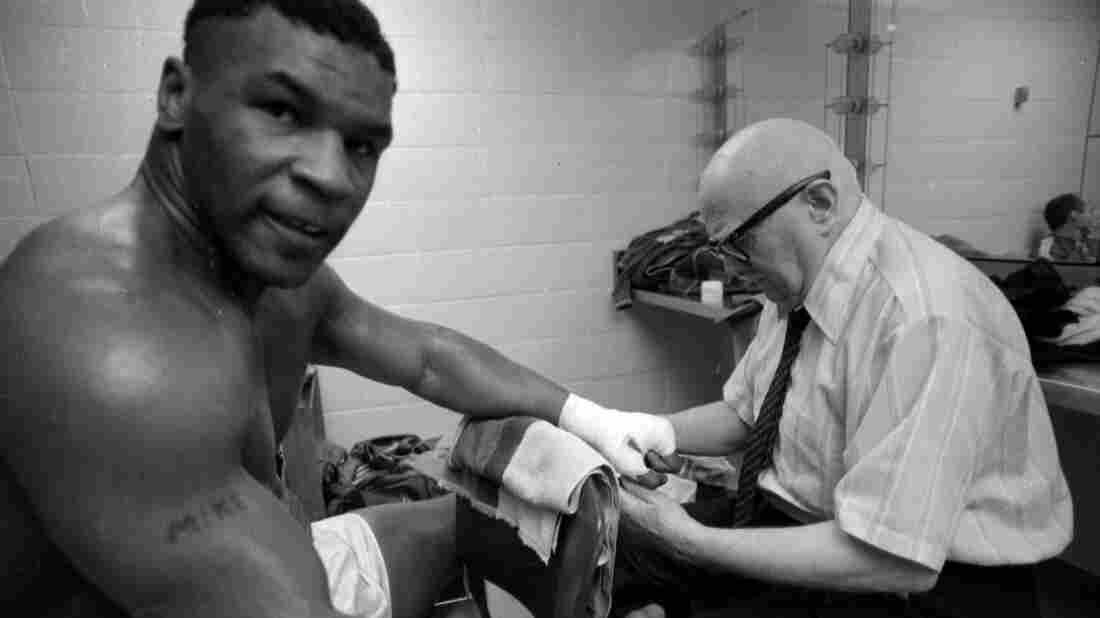 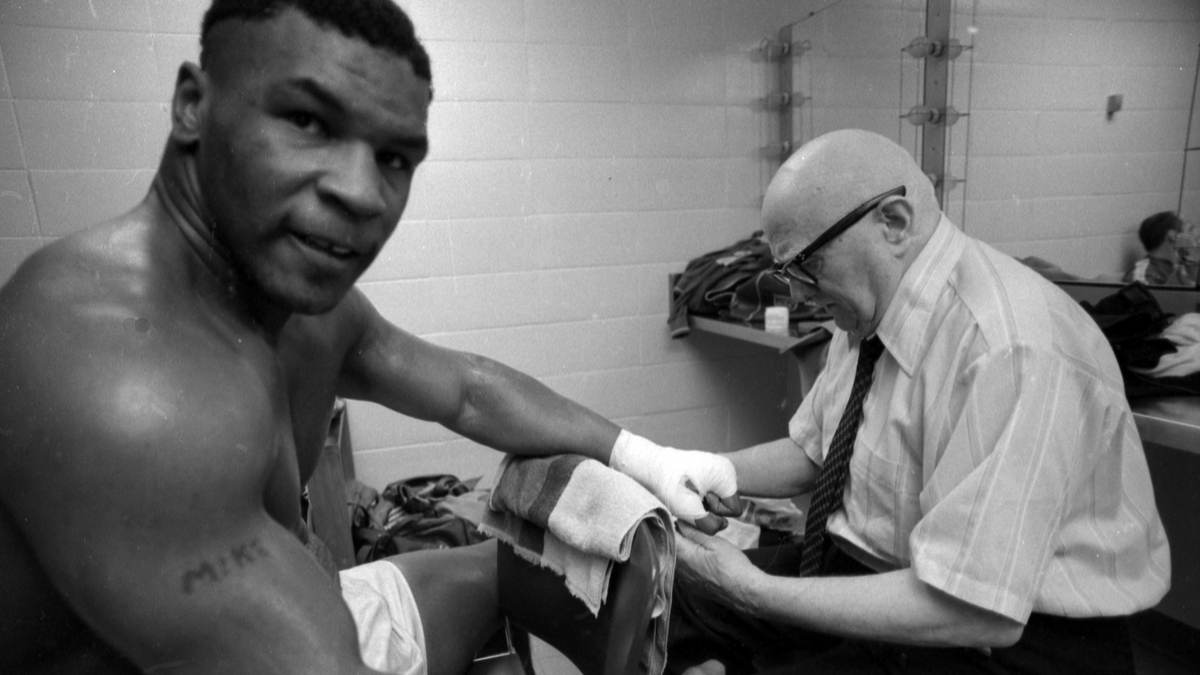 Tyson and D'Amato prepare for the boxer's first pro fight.

Tyson compares their relationship to that of a father and son, and then he pauses. "You have to excuse me. Sometimes I get choked up." Is it because he misses his old trainer? "Yes."

But Tyson and D'Amato had a complicated relationship. The boxer writes that he didn't want to disappoint his trainer, so he threw himself into the role of "arrogant sociopath."

"I was a smaller guy," Tyson says. "I wasn't going to intimidate these fighters, so I really went all out on these guys. You understand when I say I went all out on people? I was arrogant; I looked down on people, other fighters. I said, 'No one's ever gonna beat me. I'm the greatest fighter in the world.' " 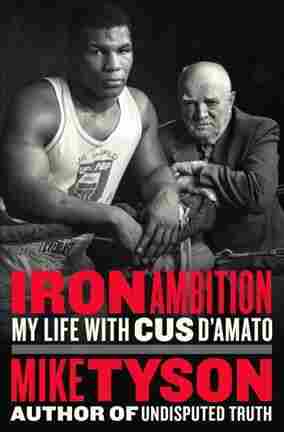 My Life With Cus D'Amato

by Mike Tyson and Larry Sloman

How did Tyson feel about the man D'Amato was turning him into? "I like that image of fighting," he says. "It took me a long way."

Tyson won that first championship, back in '86, but by then D'Amato was no longer at his side. The trainer died in 1985 at the age of 77, and after his death it seems like Tyson's life took a turn. There were more boxing wins, of course, but there was also drinking, drugs and a 1992 rape conviction.

In his book, Tyson writes, "Cus made me feel that hurting people was noble." That made us wonder about some of the lessons his old trainer taught him, so we ask him about the rape conviction. "I didn't ever rape that woman," Tyson says. "That's just something I got arrested for. ... They gave me opportunities to admit that I raped this person and let me go, but I would never do that. I couldn't live with myself doing that." (Tyson has long maintained his innocence.)

The boxer has made a new life for himself in Las Vegas. He says he doesn't do much of anything, and tries to stay away from people. "My life is my family life. I don't have no life outside of that. I don't have no night life, that's over."

How does he look back on his relationship with D'Amato? "I was fortunate to meet that guy," Tyson says. "We were two guys who were 'nothing' who became something."