Accessibility links
Illegal Border Crossings Are Down, And So Is Business For Smugglers The complex business of crossing the U.S.-Mexico border without papers is changing profoundly. One human smuggler tells NPR that his business is worse than he's ever seen it. 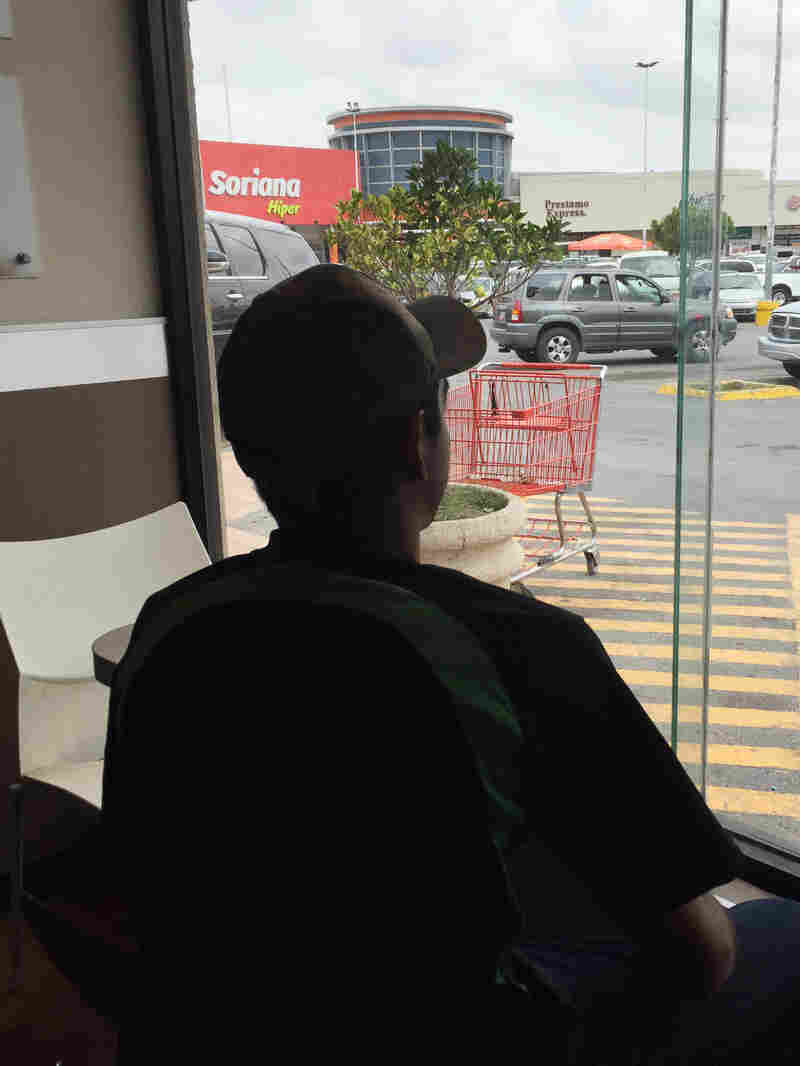 Orlando, whose nickname is the Wolf, is a human smuggler in Matamoros who says far fewer people want to employ his services and jump the border, with the Trump administration. John Burnett/NPR hide caption 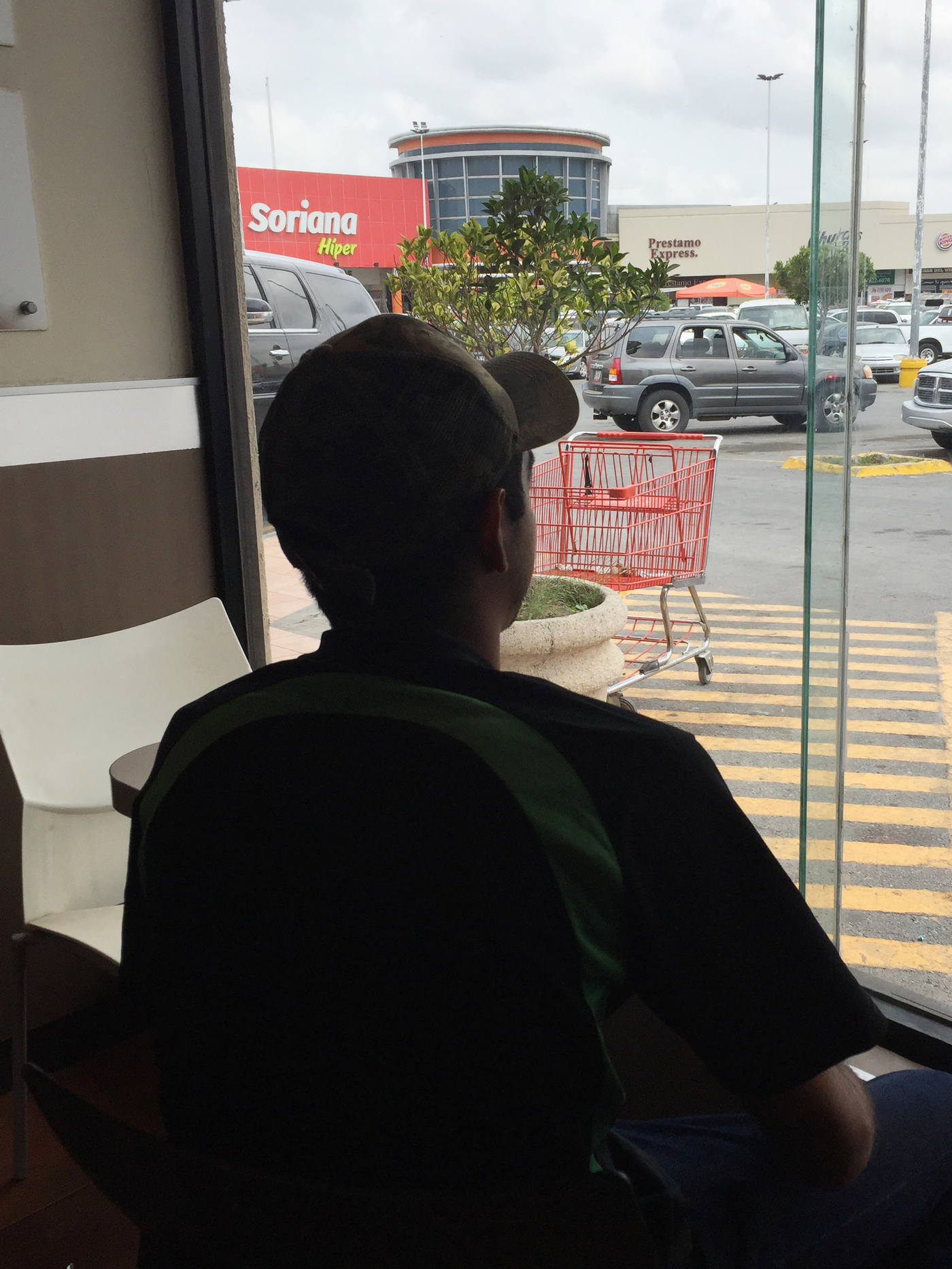 Orlando, whose nickname is the Wolf, is a human smuggler in Matamoros who says far fewer people want to employ his services and jump the border, with the Trump administration.

The number of people apprehended while trying to cross the Southwest border illegally has plummeted, as the age-old practice of hopping the border without papers has changed profoundly in recent months.

One human smuggler, who gives his first name as Orlando, said his business is worse than he's ever seen it. He blames the Trump administration's increased emphasis on border security and enforcement of federal immigration laws.

"There's a lot more security on the river," says the 28-year-old, whose nickname is El Lobo, or the Wolf in Spanish. He doesn't want to give his full name because what he does is unlawful, though he agrees to an interview at a McDonald's in central Matamoros, Mexico, across from Brownsville, Texas. He's wiry with a dark complexion and a habit of constantly checking his cellphone.

"With the change in administration on that side, it's heated up: There are more agents, more dogs, more trucks, more boats. We have to charge more, and fewer people want to cross."

In the Rio Grande Valley of Texas — the nation's hotspot for human smuggling — apprehensions of illegal border crossers have fallen 75 percent since January to less than 4,000 in April, according to the Department of Homeland Security.

The Border Patrol in the Rio Grande Valley has been surging agents to the riverside in recent weeks as part of a special operation. And as fewer unaccompanied children from Central America are asking for asylum, agents say they've been able to do less "babysitting" and more guarding the border.

And that means the Wolf charges a premium for his services.

"Now, you pay $4,800 from Matamoros to Brownsville; before it was $2,500. My business has dropped by more than half," he says. "If it goes down anymore, I'll have to think about doing something else. Maybe open a little store, or sell cars."

If [business] goes down anymore, I'll have to think about doing something else. Maybe open a little store, or sell cars

'We'll just climb over it'

Human smuggling involves a cast of characters — and they're all paid. The Wolf paddles his clients across the river in inner tubes. Scouts stationed along the riverbank watch for the Border Patrol. A safe house operator in Texas shelters the immigrants until they start the journey north. And the Gulf Cartel, which controls the drugs and people that move across the river, collects $200 a head.

The White House hopes to shut down operations like Orlando's. President Trump's budget, submitted to Congress last week, asks for $4 billion for additional agents, new surveillance gizmos and more miles of border wall. On this point, the smuggler gives a wry smile.

"The wall is a big expense for him," he says. "But we'll just climb over it!"

Some metal fencing has already been erected between Brownsville and the river. Orlando displays red friction burns on the insides of his forearms. He says he got them climbing an iron pole and sliding down the other side before hauling his less athletic clients over using ropes.

Across the Rio Grande in Texas, at the office of the National Border Patrol Council, union official Chris Cabrera said the increased border security is working.

"I would say the guy's probably a little full of himself," he says of Orlando. "I mean I think that a wall is a barrier for him. Does it stop him? No. Does it slow him down? Yes, it does. If there was no wall, he wouldn't have any bruises and he'd get his traffic across that much easier. 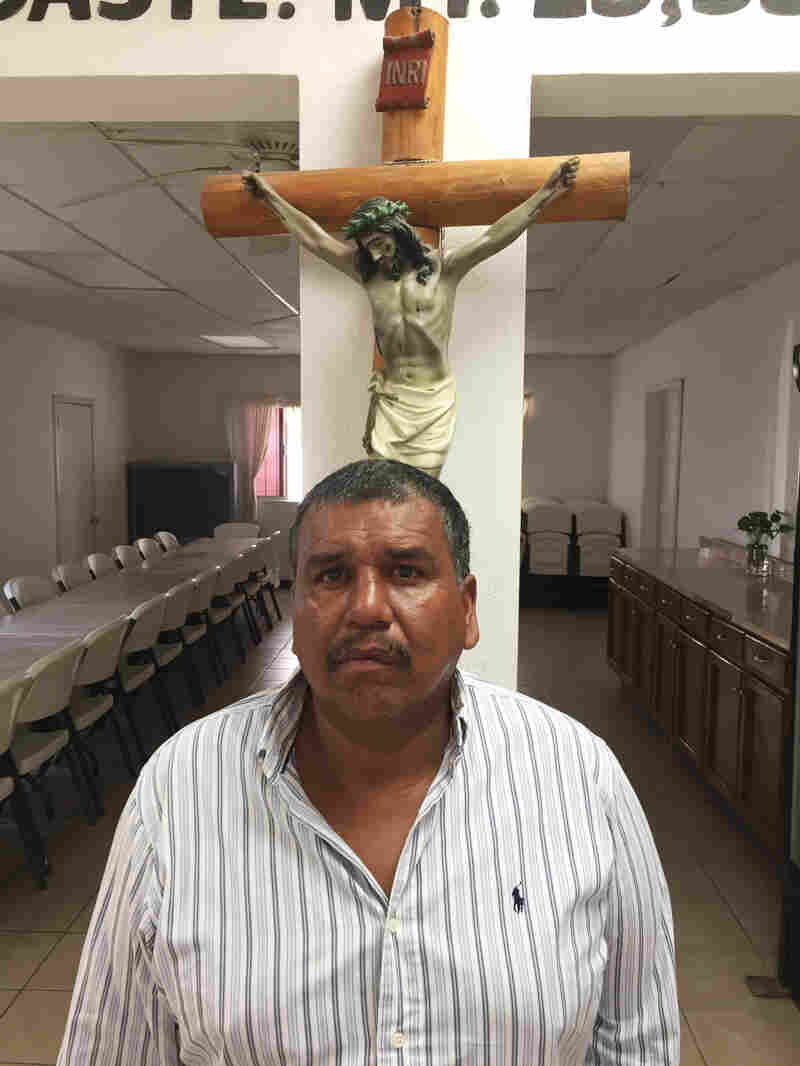 Jesus Morales, a migrant from Monterrey, Mexico, came to Matamoros expecting to swim the river illegally and find work in Texas, but the border crackdown changed his plans. John Burnett/NPR hide caption 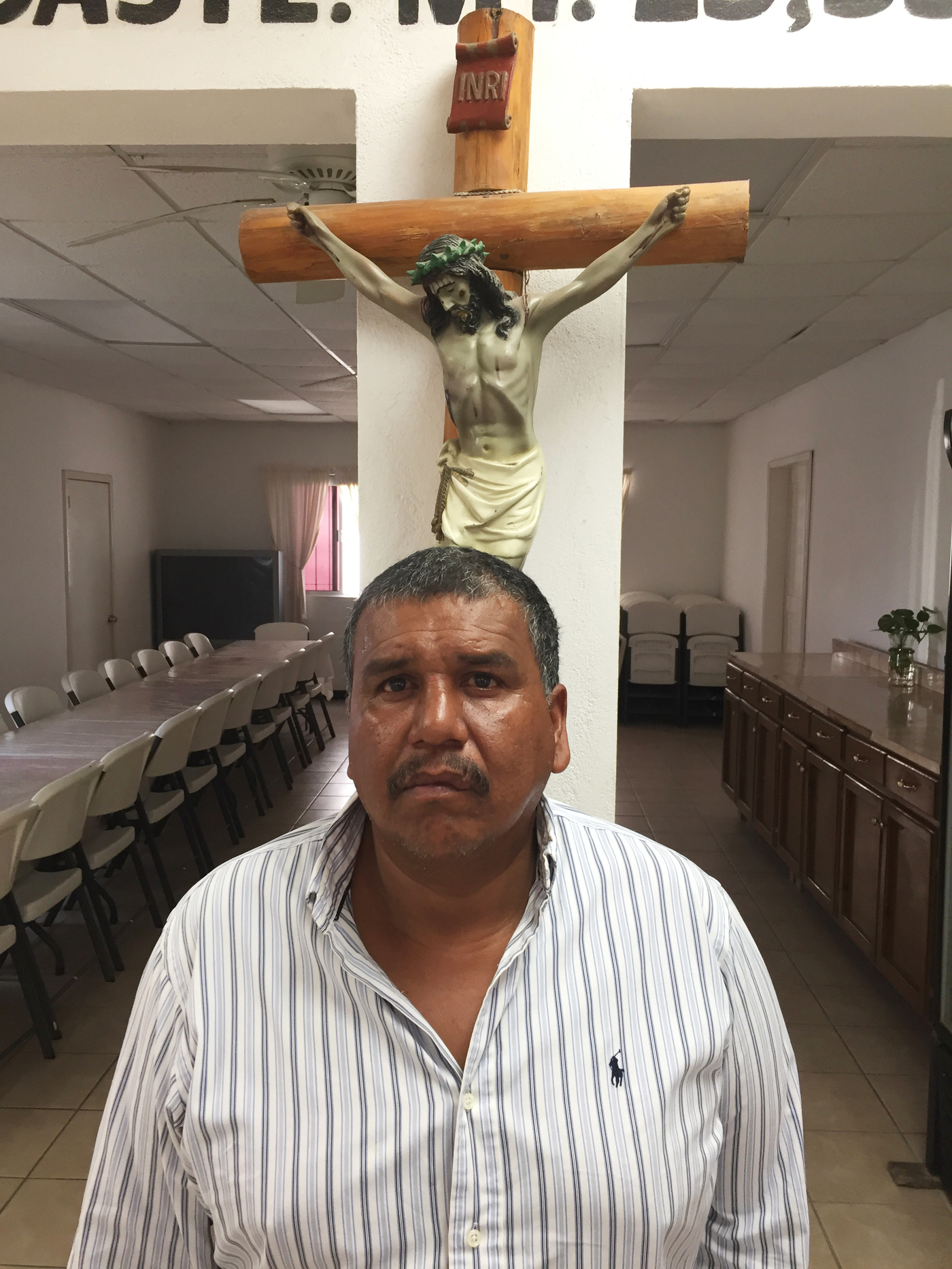 Jesus Morales, a migrant from Monterrey, Mexico, came to Matamoros expecting to swim the river illegally and find work in Texas, but the border crackdown changed his plans.

The dramatic decline in illegal border crossings is subtly affecting life throughout this border city. The director of the Catholic-run migrant shelter in Matamoros, for instance, reports that his occupancy has dropped from 100 people a night to 20. And, he says, almost all of them are deportees from the U.S.

One of the travelers staying at the shelter is Jesus Morales. He's a down-and-out construction worker from Monterrey, Mexico, who plans to look for work at a downtown plaza. He came to Matamoros with the intention of swimming the river and joining his buddies on a sheetrock crew in Harlingen, Texas.

But Morales says he was robbed at the riverside, and he saw lots of green-uniformed agents on the other side. Morales is broke and disconsolate. He says all he wants to do is get a bus ticket home.

Even those who have lived illegally in the United States — and started families there — are deciding it's better in Mexico.

Ruby Degollado is a 32-year-old mother who now lives in Reynosa, upriver from Matamoros. For 14 years, she says she lived illegally in Alamo, Texas. Her family moved back to Mexico four years ago when her husband was deported.

She had been seriously considering hiring a smuggler to take her back to Texas so that her daughters, who are U.S. citizens, could resume their studies at superior schools.

But she has changed her mind.

"He doesn't want us Mexicans," Degollado says of Trump. "Why would I want to risk it going back there?"

That's one more potential customer the Wolf has lost.