Accessibility links
Trump Mulls Exit From Paris Climate Agreement President Trump is nearing a decision on whether to pull out of the Paris climate agreement and has been meeting this week with competing voices in his Cabinet.

Trump Has Multiple Escape Routes From Paris Climate Accord

Trump Has Multiple Escape Routes From Paris Climate Accord 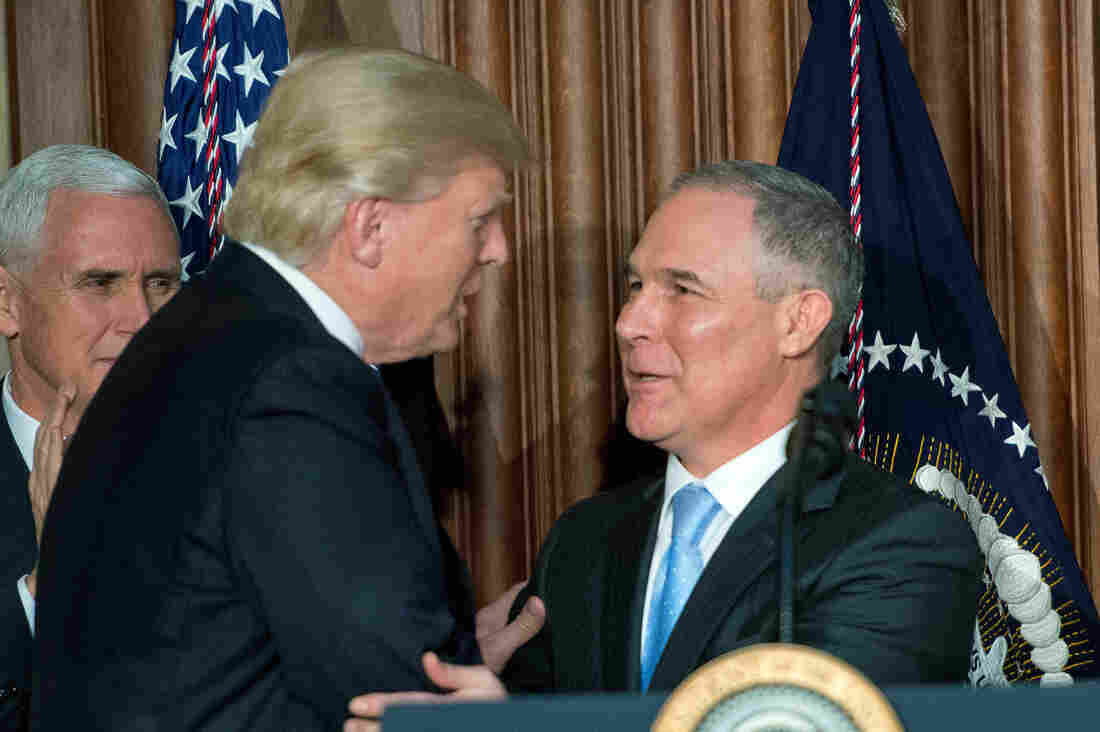 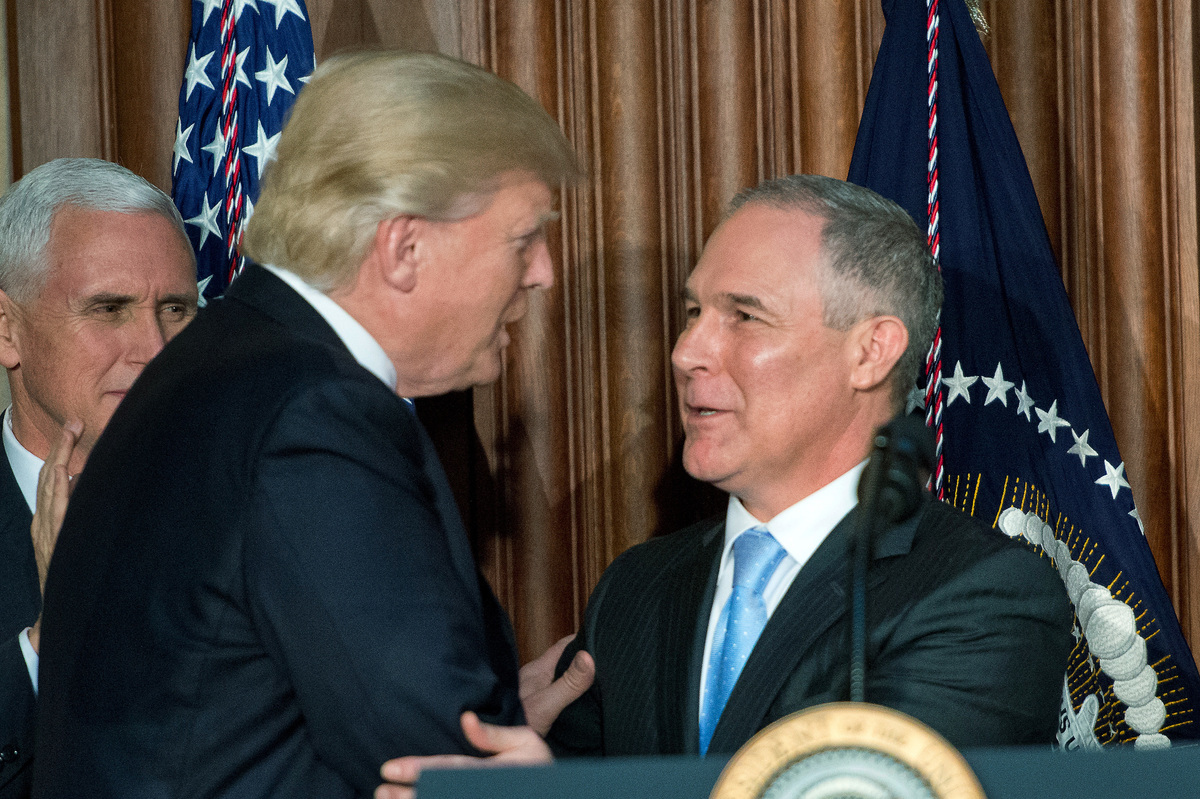 President Trump greets EPA Administrator Scott Pruitt, a Paris accord critic, in March prior to signing an order that reverses the Obama-era climate change policies.

President Trump is nearing a decision on whether to formally withdraw the U.S. from the Paris climate agreement — a landmark deal in which nearly every country volunteered to curb its greenhouse gas emissions in an effort to limit global warming.

Trump is getting conflicting advice from various quarters of the administration. He met Tuesday with EPA Administrator Scott Pruitt, one of the strongest voices calling for the U.S. to drop out of the Paris accord. Trump is to meet Wednesday with Secretary of State Rex Tillerson, who believes the U.S. should stay in so it can keep its place at the international bargaining table.

Various news outlets have reported that Trump has already made the decision to withdraw. But the president is doing his best to maintain suspense. Trump tweeted early Wednesday that he'll announce his decision "over the next few days."

For all its symbolic importance, the decision may have little practical effect on U.S. carbon emissions. Trump has already taken steps to reverse many of the Obama administration's rules designed to cut carbon pollution. Those moves make it unlikely the U.S. will meet its Paris commitment.

I will be announcing my decision on the Paris Accord over the next few days. MAKE AMERICA GREAT AGAIN!

If Trump does decide to pull out, he has a number of options.

He could unilaterally withdraw from the Paris agreement without any action by Congress. The Paris deal was never approved by the Senate, so no congressional approval is needed to exit the agreement. However, under the terms of the Paris deal, withdrawal can't begin until November 2019, three years after the agreement took effect. And even then, the U.S. must give a year's notice. So the withdrawal would not take effect until November 2020, shortly after the next presidential election.

Alternatively, the president could pursue a faster course by dropping out of an underlying treaty, the United Nations Framework Convention on Climate Change. That requires the same one-year notice, but there's no waiting period. Unlike the Paris agreement, the UNFCCC is a Senate-approved treaty, so senators would probably want to have a say in such a move. However, presidents have previously exited Senate-approved treaties on at least two occasions without Senate cooperation. And while doing so remains controversial, the Supreme Court has declined to intervene.

2 Degrees, $100 Billion: The World Climate Agreement, By The Numbers