Stream the country trio's forthcoming album in its entirety 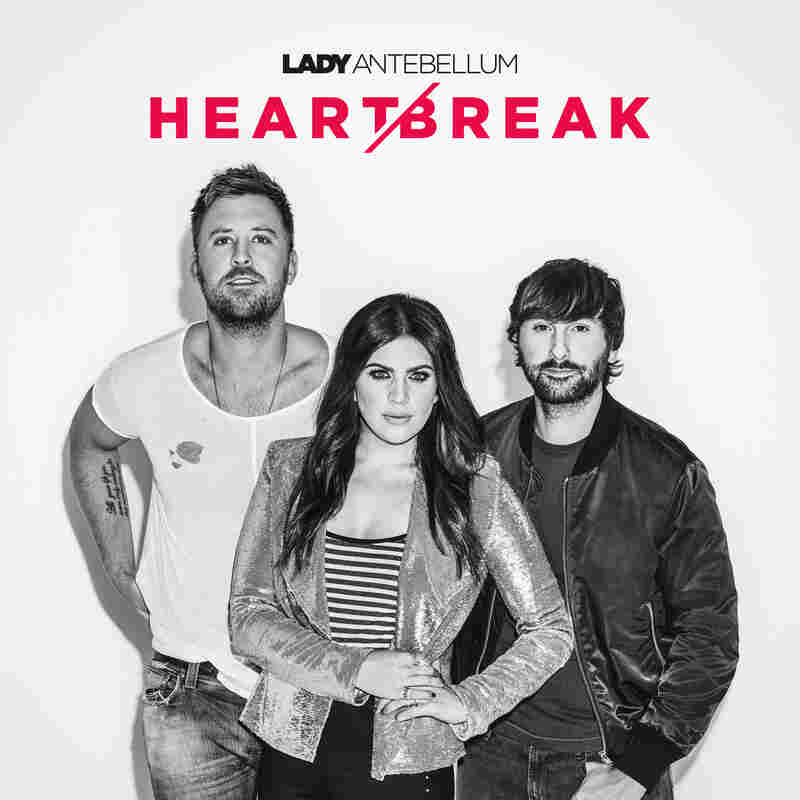 It's the dream of countless ambitious country-pop performers to arrive at songs, sensibilities and sounds that hit a certain sweet spot. Ideally, the music will serve their native genre well, but also be irresistible to broader audiences. Lady Antebellum achieved that level of crossover success with "Need You Now," a breathless, billowy soft-rock ballad that put a dignified gloss on the craving for a late-night hookup and climbed global Pop and Adult Contemporary charts in 2009. At that moment, the trio planted a flag at the new center of the country mainstream, which is a continually moving target, even if country music doesn't always seem to evolve at the breakneck speed of some other genres.

In the first decade of their recording careers, lead singers Charles Kelley and Hillary Scott and harmony-singing instrumentalist Dave Haywood have also had their classic rock-influenced, fiddle-sweetened, folk-stomping, sing-along and throwback R&B-echoing moments. Meanwhile, some of country's newer arrivals have brought major tonal shifts to the genre by introducing millennial swagger, sexually frank femininity, eye-rolling vocal fry, bedroom brooding and a feel for the sleek cadences of current R&B-accented pop.

Lady A went on hiatus in 2015, which gave Kelley a chance to stretch out as a singer-songwriter, Scott an opportunity to round up her kin for an inspirational project and all three much-needed time with their growing families. Upon reuniting, the Nashville-based group made the savvy decision to head out to L.A. to work with busbee, the writer-producer who helped Maren Morris harness the appeal of rhythmic pop and combine country and pop listeners into one burgeoning fan base.

Without entirely scrapping their proven formula of melodramatic performances and congenial harmonies, Haywood, Kelley and Scott have made deft adjustments on Heart Break, with busbee's assistance. They modulate their vocal deliveries against the shiny, slippery horn-heated funk of "You Look Good" and the laidback groove of "Good Time To Be Alive," a slick, sunny riff on southern soul. Pivoting from the ardent, dead-on vocal attack they've been known for, they loosen their phrasing and toy with sinuous syncopation, to pleasing effect.

There's been a decidedly synchronized feel to the group's music in the past, the coed lineup enabling grand duets and bright, seamless harmonies, but on the new album, the majority of which they co-wrote, the members experiment with bringing individual vantage points to the fore and representing male and female perspectives more distinctly. In the title track, Scott takes satisfaction in feminine independence. "I paint my lips red / I turn my own head," she sings with nonchalance. "Don't need nobody's help zippin' up my own dress. / Pay my own tab with my own cash." There's a bit more physicality in her expressions of desire in "This City" and "You Look Good." In the latter, she and Kelley trade casually, playfully lustful lines.

A few tracks later, Scott chides a guy for his disregard of her devotion. She applies coyness to the hook, magnifying its impact by cunningly softening her singing: "You could hurt somebody like that." In the very next song, the sleekly crafted "Army" — a song that all three members wrote with busbee and Music Row pro Nicolle Galyon — Kelley breathes pensively soulful new life into the trope of a man testifying to the strength of the women he leans on. "So, if anybody thinks I'm a hero when they watch me walk right into the flames," he insists, "I'm just marching to the sound of her heartbeat."

In this batch of songs, Lady A embraces the contrast between the outlook on age that's often defined country music in the past (acknowledging the struggles, pleasures and sacrifices of settled adulthood) and one that's risen to prominence in recent years (celebrating youthful freedom). Both the sleek, ruminative ballad "Big Love in a Small Town" and the propulsive "Teenage Heart" exalt the spontaneous, world-shaking intensity of adolescent passions with undertones of wistfulness. The reverential duet "Home," on the other hand, testifies to the comfort of lasting commitment. Together, the trio of songs conveys an awareness of how radically the scale and shape of emotions and attachments are altered by the passing of years.

By making small yet perceptible artistic tweaks like these, Scott, Kelley and Haywood show that they're attuned to their ever-changing environment and their own instincts. Theirs is an evolution that will bring an array of listeners along.