Accessibility links
'Sgt. Pepper's' At 50: Why The Beatles' Masterpiece Can't Be Replicated In crafting Sgt. Pepper's, producer George Martin, engineer Geoff Emerick and the Fab Four pushed the recording-studio technology of the late '60s to its limits. 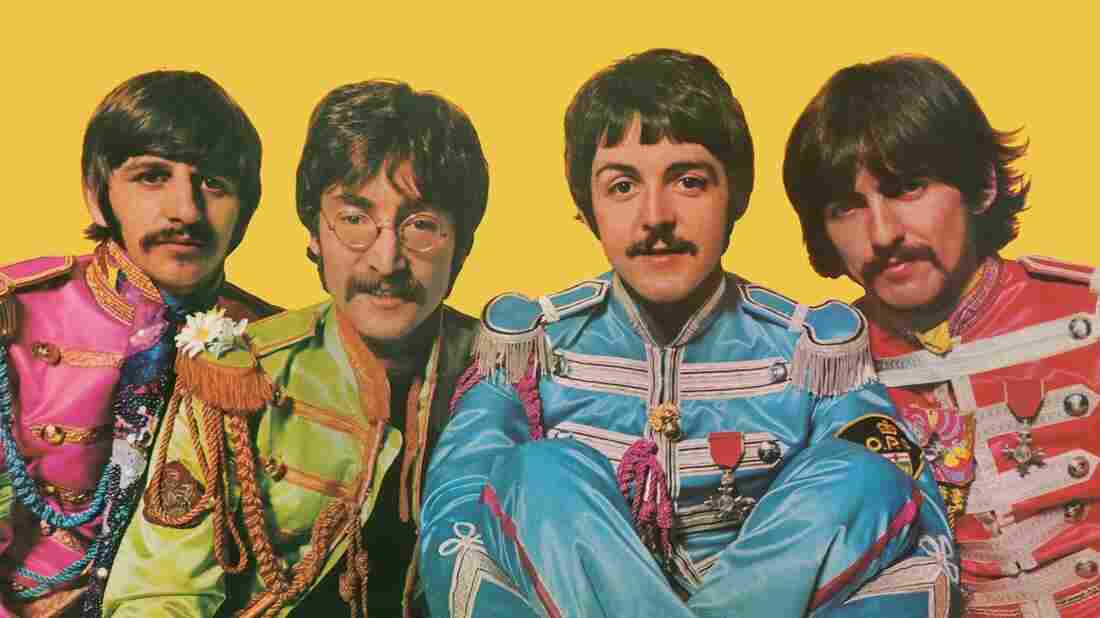 The complex soundscape of Sgt. Pepper's Lonely Hearts Club Band was created under technological limitations that have since disappeared. Courtesy of the artist hide caption 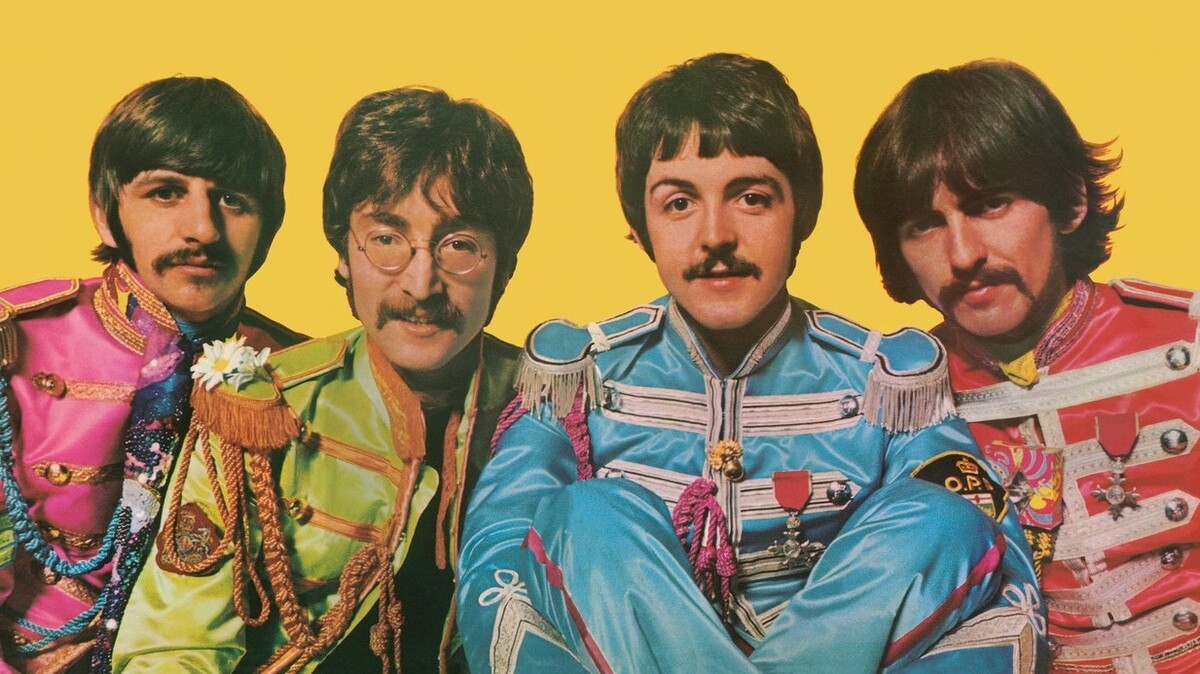 The complex soundscape of Sgt. Pepper's Lonely Hearts Club Band was created under technological limitations that have since disappeared.

Fifty years ago Thursday, Americans got their first chance to hear The Beatles' Sgt. Pepper's Lonely Hearts Club Band. Since then, the album has been hailed by critics and listeners as the greatest in the history of rock music. It has also been recognized as a groundbreaking work that pushed the recording-studio technology of the late 1960s to the limit.

While The Beatles were testing themselves musically, their engineer, Geoff Emerick, was stretching the limits of what was then considered acceptable recording technique — and pushing the equipment in Abbey Road studios to the breaking point.

"I started to close-mic the drums — really, really close," Emerick told NPR in a 1987 interview. "'Course, no one had done that before, and I had a letter sent that I was damaging microphones because the air pressure from the bass drum was destroying the capsules of the microphone, and so on. But I was given special permission to use the technique on The Beatles."

That technique was essential to the magic listeners hear, according to acclaimed producer, composer and musician Todd Rundgren.

"The Beatles' drums just sounded liver and louder than everybody else's drums, the guitars would just cut through in a way that they didn't on other peoples' records, and the vocals were tight," Rundgren says. "Those were the things that fascinated me more — the fundamentals of the recording less than, y'know, the trickery."

Those "fundamentals" — the individual tracks The Beatles laid down during sessions for Sgt. Pepper's — were leaked online years ago, and fans have been listening to them ever since.

In today's studios, musicians can lay down a nearly infinite number of tracks and mix them together to create a song. The Beatles had just four. The shortcomings of four-track recording forced the band and its late producer George Martin to become expert arrangers, Rundgren says.

"That process engendered a kind of creativity about which things go together when you're gonna put them on the same track," he says.

Emerick was forced by the recording process and the band itself to invent new techniques for manipulating sound. Today, the same can be accomplished with a click of the mouse.

The way the songs on Sgt. Pepper's flow from one to the next was another layer of studio innovation. But when Martin and The Beatles started recording the album, there was no grand, unifying vision behind it.

"Really, the songs don't link up very well. I mean, there's no real reason why we should have such diverse songs on it," Martin told NPR in 1980. "It was a collection of songs still, but I tried to make it a coherent whole. ... And it was at that stage where the record almost grew of its own. It was like a crystal — it seemed to have a life of its own."

Though Rundgren remains a Beatles fan, Sgt. Pepper's isn't his favorite album, and he doesn't have much time for the argument that The Beatles were trying to prove that pop music could be high art.

"The Beatles were just pushing the envelope as far as they could for their own benefit," he says. "And it can't be underestimated the effect that that had on everybody else."

Nevertheless, Rundgren says, a lot of the technology that made Sgt. Pepper's the album it is has aged out. And though digital recording gives today's musicians more flexibility, there's still no software that can quite replace Geoff Emerick, George Martin and the four Beatles.