Accessibility links
5 Changes That Could Come From The U.S. Leaving The Paris Climate Deal NPR reporters break down how the coal industry, climate, U.S. global relations, public support and budget could be affected by President Trump's decision to pull out of the agreement. 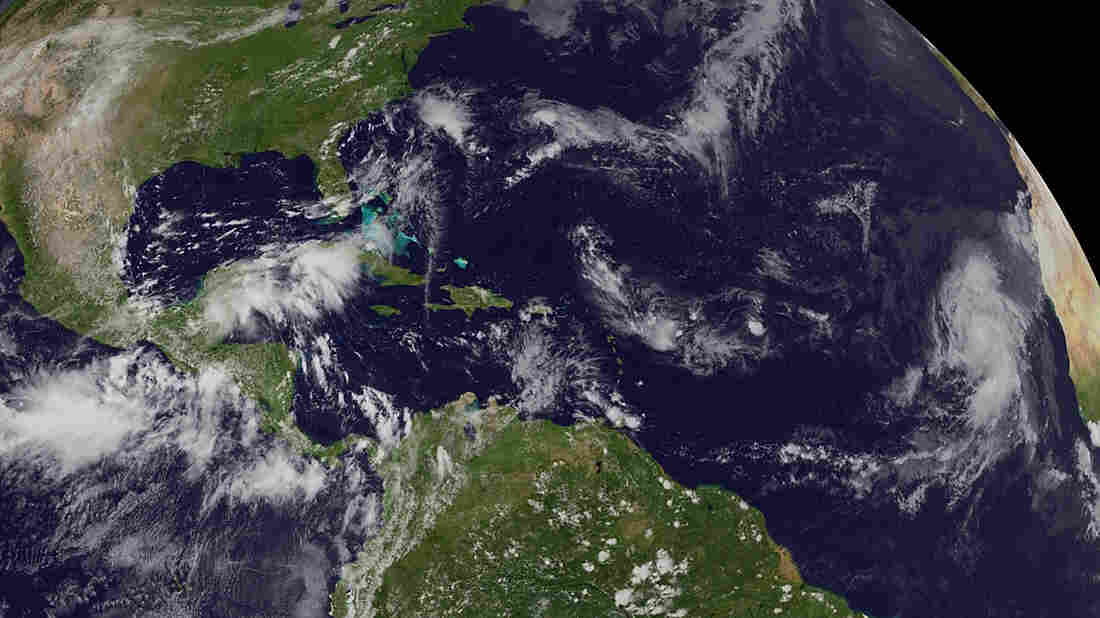 The main goal of the Paris deal was to limit global temperature rise to 2 degrees Celsius. Beyond that point, scientists worry that catastrophic impacts of warming become irreversible. NASA Handout/Getty Images hide caption 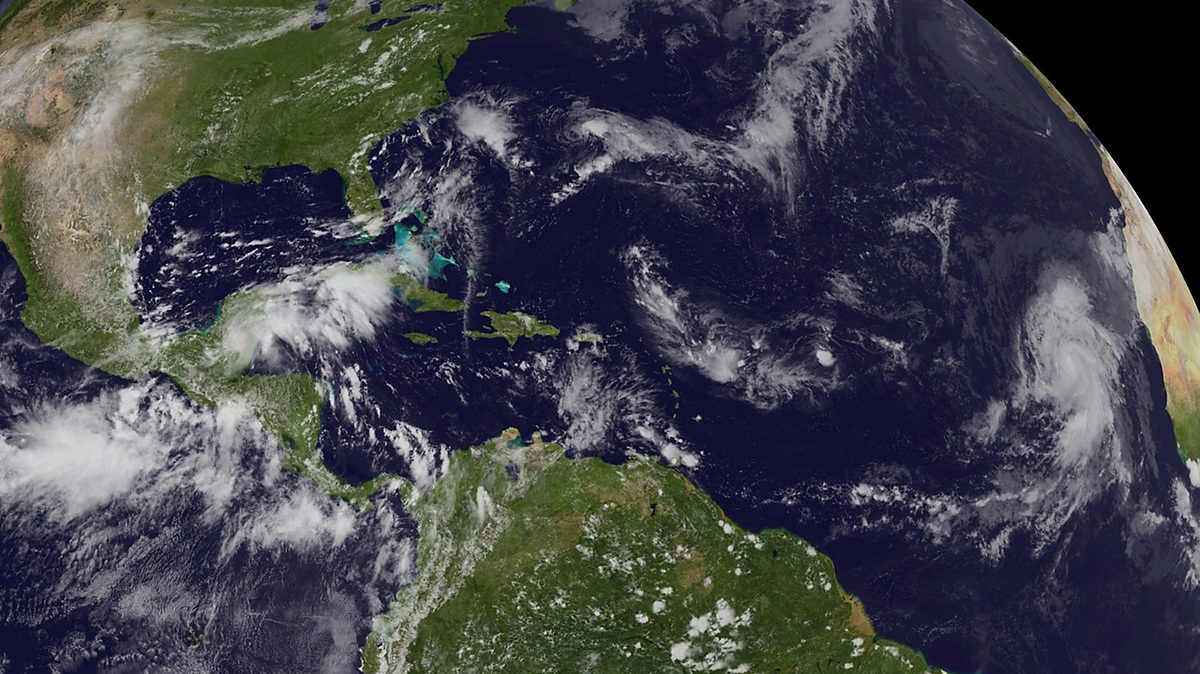 The main goal of the Paris deal was to limit global temperature rise to 2 degrees Celsius. Beyond that point, scientists worry that catastrophic impacts of warming become irreversible.

President Trump announced Thursday that the U.S. will leave the Paris climate deal.

Here are five things that could be affected by the decision.

Even coal companies had lobbied the Trump administration to stay in the agreement.

They said they needed a seat at the table during international climate discussions to advocate for coal's place in the global energy mix. The industry also wants financial support for technology to capture and store carbon emissions, something that could keep coal plants operating longer even as cities, states and other countries work to address climate change.

While President Trump had promised to "cancel" the Paris deal to boost coal, the decision is not likely to create more jobs. The industry is in a long-term decline as it faces competition from cheaper natural gas and — increasingly — wind and solar. Some utilities are also responding to customer demand for renewable power, and the policies of any one administration have little impact on those decisions. "As a utility, we're trying to plan many years out into the future," says Ron Roberts of Puget Sound Energy.

The main goal of the Paris deal was to limit global temperature rise to 2 degrees Celsius (or, aspirationally, even 1.5 degrees). Beyond that point, scientists worry that catastrophic impacts of warming become irreversible. The various Paris pledges by each nation were not actually enough to achieve that target. And even with the environmental regulations passed under President Barack Obama, the U.S. was unlikely to meet its original commitment — to reduce carbon emissions by 26 to 28 percent below 2005 levels. Now, the U.S. may fall further from that goal.

That said, U.S. carbon emissions will still probably continue to decline, at least for a few years. Market forces are pushing utilities to switch from coal to natural gas or renewable power. "We are on a path to reduce emissions below 2005 levels by about 15 to 17 percent in 2020," says Kate Larsen of the Rhodium Group.

But the Trump administration is rolling back a host of other climate regulations, and that impact will start to be felt in a few years. Economist Marc Hafstead of Resources for the Future says if economic growth picks up, leaving the Paris deal may mean overall U.S. emissions drop only by 10 percent.

Trump's top diplomat, Secretary of State Rex Tillerson, warned against leaving the Paris deal. It puts the U.S. in a very small camp; the only other countries not part of the agreement are Syria, which is in the midst of a civil war, and Nicaragua, which argued that the Paris accord did not go far enough to curb global emissions. Former Secretary of State John Kerry calls Trump's decision "an irresponsible walking back of American leadership."

taking US out of Paris pact unwarranted-we set our own ceilings, little effect on eco growth-& unwise as signals US no longer ready to lead

Instead of putting America first, Kerry tells NPR's Morning Edition, Trump is putting the nation last. Kerry accuses Trump of basing his decision on "alternative facts," calling it "one of the most disastrous, shallow, untruthful decisions a president of the United States has made in my lifetime."

The European Union's top climate change official, Miguel Arias Canete, calls it a "sad day for the global community" but adds that the "world can continue to count on Europe for global leadership in the fight against climate change." China, too, is poised to take a stronger role on climate diplomacy. U.N. Secretary-General António Guterres is counting on that and argues there are economic benefits to this. "The sustainability train has left the station," he said earlier this week. "Those who embrace green technologies will set the gold standard for economic leadership in the 21st century."

4. President Trump's public support (but maybe not the part that counts)

Most Americans want the U.S. to stay in the Paris climate accord. But in bucking that broad public opinion, Trump is playing to his base.

A Washington Post poll in January found just 31 percent of those surveyed supported withdrawing from the Paris deal, while 56 percent were opposed. But conservative Republicans are far less supportive of the Paris agreement than liberal Democrats, according to the Pew Research Center.

Before taking office, Trump repeatedly dismissed climate change as a hoax and suggested that Obama-era climate regulations put the U.S. at a competitive disadvantage. Many conservative Republicans share the president's climate skepticism. And less than a third support measures like the Clean Power Plan — Obama's principal tool for meeting America's Paris climate commitments.

Pulling out of the Paris accords will undoubtedly anger many Americans, but it keeps a promise to Trump's core supporters. As small-government activist Grover Norquist told the New York Times, "Everybody who hates Trump wants him to stay in Paris. Everybody who respects him, trusts him, voted for him, wishes for him to succeed, wants him to pull out."

President Trump has repeatedly called the Paris accord a "bad deal" for the U.S. and said it will hurt the economy. One big outlay is the Green Climate Fund set up under the deal. Obama had committed the U.S. to contributing $3 billion to the fund, which aims to help developing countries adapt to climate change and develop low-emission energy technologies. Under Obama, the U.S. transferred $1 billion, but Trump's budget proposal does not include payments for the rest.

Opponents of the Paris agreement also say imposing regulations to reduce carbon emissions is too costly. "It'd be very, very expensive," Oklahoma Sen. James Inhofe, who has denied climate change is real, told WBUR's Here & Now. "It'd constitute probably the largest tax increase in the history of America." It's not clear whether that is true, but the coal industry has spent many millions installing technology to curb its emissions in recent years.

That said, the White House could easily have stayed in the Paris accord even as it opted not to pay into the climate fund or impose emissions cuts.

Of course, supporters of Paris say if the U.S. withdrawal leads to more severe climate change, that would greatly harm the U.S. economy.