Accessibility links
Glen Campbell's 'Arkansas Farmboy' Tells His Remarkable Story The bluegrass-blessed ballad channels the experience of memories growing at once more vivid and more disordered — as they do for everyone, but especially for someone with dementia. 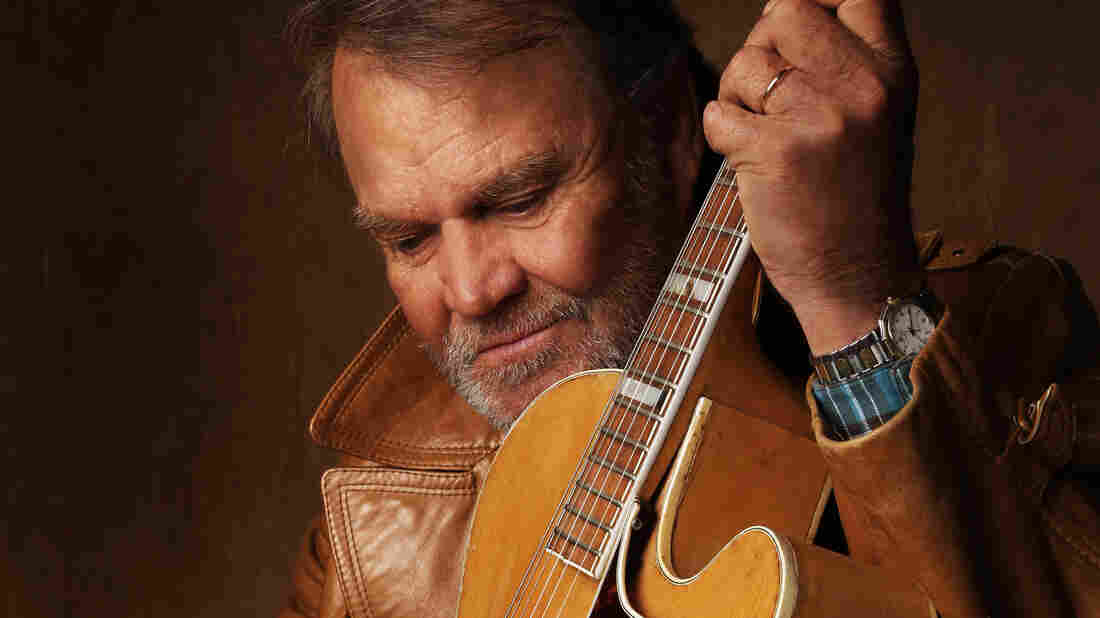 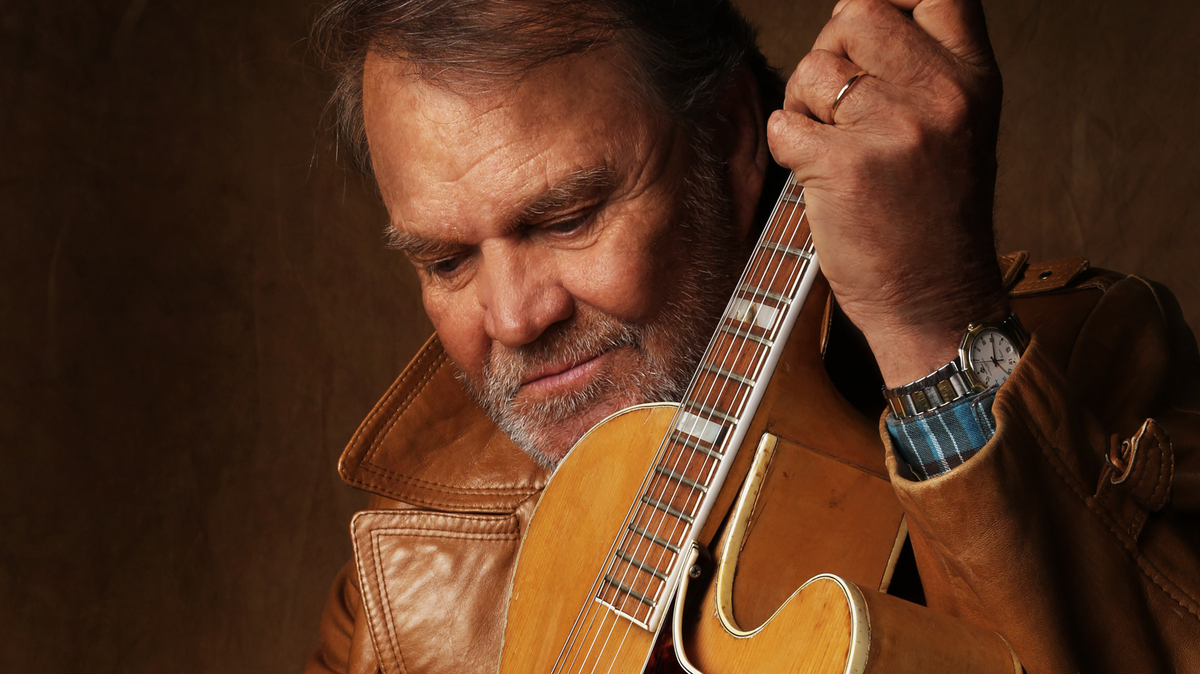 What makes a person an individual — attributes or memories? Are you you because you grew up in Florida, or because you can sink a basket from the three-point line? Is your essence expressed in your deep brown eyes or through the stories you learned from your father, who happens to have eyes like yours? These philosophical questions loom large in the age of increased awareness of dementia, a condition that seems to erase the long-cultivated self. Glen Campbell, one of the greatest country artists of the modern era, has given fans and the general public a gift in openly sharing his own experience of dementia; now, with the album Adiόs, he offers what might be the first musical document of the changes it creates in a human being.

Adiόs tells the story of Campbell's remarkable life through song, dwelling on compositions he has long treasured but mostly had not previously recorded. One is this bluegrass-blessed ballad, "Arkansas Farmboy," inspired by Campbell's rural origins and written in the late 1970s by Campbell's longtime banjo player Carl Jackson, who produced Adiόs in collaboration with Campbell's wife and children. Jackson's lyrical images of a home overrun with weeds, and of a man's memories growing just as wild, become in this setting more than just another take on home and hearth; it's a cry from inside the experience of memories growing at once more vivid and more disordered — as they do for everyone, but especially for someone like Campbell. And the golden voice, Campbell's greatest musical attribute, remains: His singing communicates pathos and grace in equal measure.

Via email, Jackson recently shared some thoughts with NPR Music on recording this song and the album with his longtime employer and friend.

Doing the album was very emotional, but probably not in the way many folks might think. The smiles and laughter were abundant and the few tears shed were ones of complete joy. I can't deny a strong sense of pride also, knowing these were very likely the last recorded vocals of the man I consider the greatest singer ever ... my hero and my dear friend.

Gracefulness comes easier when you sincerely feel a part of the family. Glen hired me in 1972 when I was 18 years old and always treated me more like a son than a band member. Glen, Kim and I picked songs that he loved dearly, but for the most part had never gotten around to recording. The sincere love involved made the entire process incredibly fulfilling and rewarding.

I wrote "Arkansas Farmboy" on an overseas flight sometime in the mid- to late '70s after Glen told me about how his grandaddy taught him "In The Pines" on a five-dollar Sears & Roebuck guitar. It sends chills all over me now to hear him sing in first person the words I penned about him all those years ago.

Adiós comes out June 9 via UMe.