Accessibility links
Harry Styles: 'It Was Time For Me To Be Scared' After One Direction hit the pause button, Styles got to work developing his own voice for his recent solo debut. "I've never felt this vulnerable putting out music," he says. 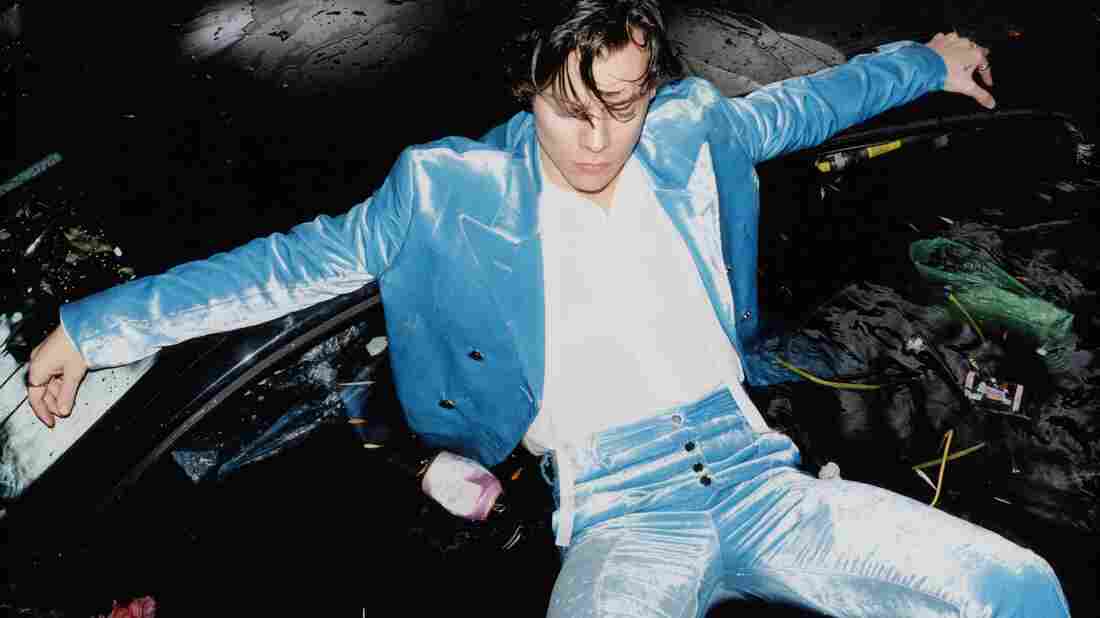 "I've never felt this vulnerable putting out music, because I don't think this is a piece of myself I've put out there before," Harry Styles says of his solo debut. Harley Weir/Courtesy of the artist hide caption 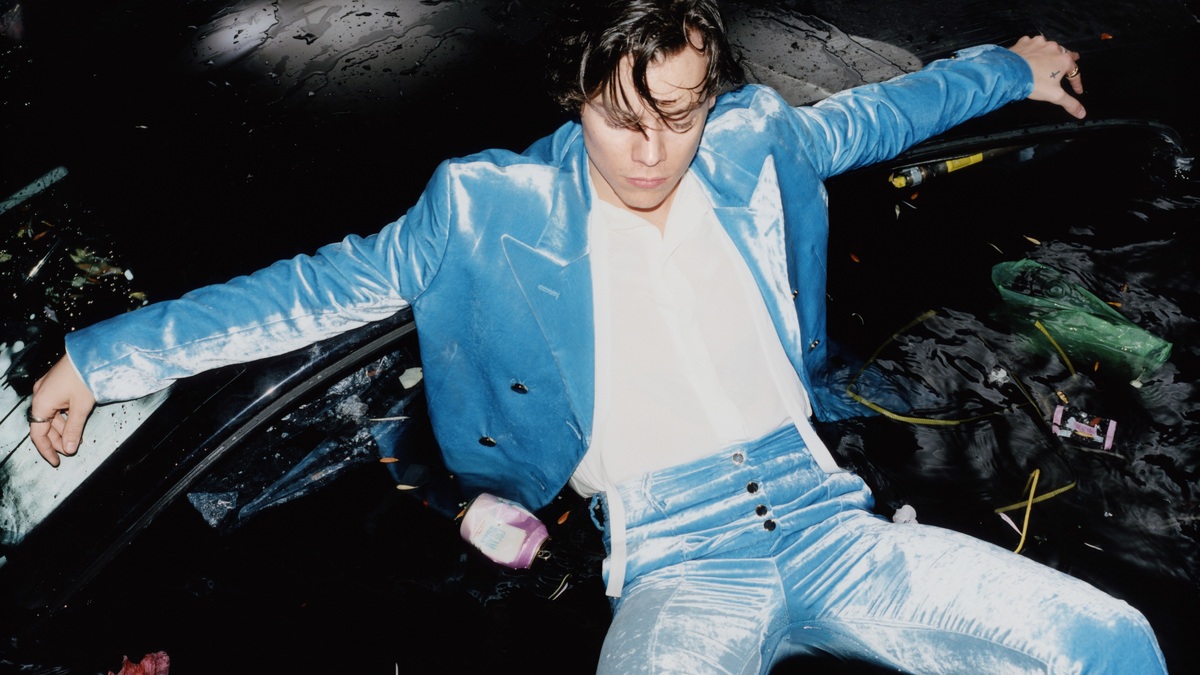 "I've never felt this vulnerable putting out music, because I don't think this is a piece of myself I've put out there before," Harry Styles says of his solo debut.

Harley Weir/Courtesy of the artist

For die-hard fans of the wildly popular boy band One Direction, this is old news. But for those who follow along less closely: The one with the hair has significantly less of it now.

Styles Of The Times

A Few Questions For One Direction

That change is just one of many for Styles, who released his eponymous debut solo album in May. (Harry Styles debuted at No. 1 on the Billboard 200.) Styles cut his famous locks for his role in the upcoming Christopher Nolan film Dunkirk, a project he took on after One Direction announced in 2015 that it would be taking a break.

Hitting the pause button seemed inevitable for the group. One Direction had toured nearly non-stop since forming on the British singing competition The X Factor in 2010 and had released a total of five studio albums in the same period. It had also accumulated a massive contingent of devoted fans; when asked for a representative story, Styles says, "The puke, I think, is a good indication."

The puke? Styles once vomited on the side of the freeway in California, and a fan reportedly collected that vomit and tried to sell it online. ("My mom actually sent me, like, an eBay link to my own puke, which was very interesting to receive on a Tuesday morning," Styles says.)

Styles' solo work has a new, grittier sound — one he found by retreating. He says he didn't sign with a label until well into the writing process, and he went to Jamaica so he could home in on what he wanted to create, away from the input of others.

NPR's David Greene spoke with Styles at the Roxy Theatre in Hollywood, Calif., a few hours before he was set to perform a private concert featuring his new music. Read excerpts of their conversation below; hear the broadcast version at the audio link.

David Greene: Is there a song where you got it, sang it, created it and said, "I'm doing this. I'm on my own. I've created something that's really me as a musician"?

Harry Styles: I think I've always written bits of songs alone, and then I usually take stuff in and try to finish it with someone. "Sign of the Times" was one of those where I just kind of wrote it. We basically ended up in a place where the album had a bunch of rock songs and a bunch of acoustic, kind of picked ballad songs. And I wrote "Sign of the Times" and just felt like there was all this middle ground that I wanted to then explore. And I think that's the one that kind of started bridging us to different places in terms of experimenting a little more.

I read that the genesis of "Sign of the Times" was the idea of a mother being told that she wasn't going to make it and what message she wanted to give to her child.

Yeah, I think we were thinking about — there's a lot of bad stuff going on in the world. And it's not the last time that we will be in a place like that. I think the way that we receive information all the time now, it's really difficult to ignore that stuff — and I think it would have been weird for me to write an album and not acknowledge that there's anything bad going on in the world. And I think we were writing it from a place of — you have five minutes to say, "It's going to be all right."

Let me ask you about your fans. When we were walking in here to get to the Roxy, there was a legion of a few dozen young women peeking around to see if they'd get a glimpse of you. It's so easy to stereotype that kind of fan base and say that it's just a bunch of young teenage girls who are Snapchatting when they spot you and not paying attention to the music. What do you make of that fan base?

The thing is, people stereotype it as their attraction to the music is something other than the music, and I think that's unfair. And honestly, I think it's writing people off. It's kind of rude. Everyone's musical taste is different, and there's no right or wrong answer. So I don't know who's the person in the world who is like — that guy has good music taste.

I wondered if, with such a loyal fan base, you ever feared that they were just going to be with you no matter what music you made — so it would almost make it less meaningful what you were doing, because they would never say anything bad about you.

I actually think that the kind of fans that we've had are the most honest.

There's no playing it cool, or overthinking it?

Yeah. Everyone meets those people where they like something and they'll never admit they'll like it. ... I'd rather someone be honest with me, and I wanted to be honest with the album.

Is it scary to be out on your own?

I've never felt this vulnerable putting out music, because I don't think this is a piece of myself I've put out there before. And, simple fact: When there are other people around you, you share the good stuff — but you also get to share the bad stuff and hide behind everyone else a little bit. So with this, yeah, it is scary. But I think it was time for me to be scared. And I'm still very much learning. And I'm having the time of my life working this out.

Is there a song you want us to play, as we go out here?

My favorite from the album is the last song, "From The Dining Table." It's just personal, and I don't feel like I've written a song like this before.