Accessibility links
Book Review: 'White Fur,' By Jardine Libaire Jardine Libaire's novel — more a series of vignettes — follows two kids from very opposite sides of the tracks who fall hard in love in 1980s New York, and what happens when reality intrudes.

'White Fur' Is A Fable Of Love, Class, Money And Death

'White Fur' Is A Fable Of Love, Class, Money And Death 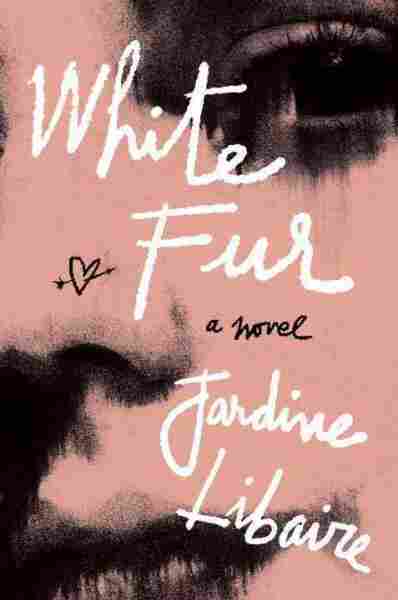 It begins the way all great stories should: with a boy, a girl, a shotgun and a cheap motel room. 300 lightning bolt pages later, it ends the same way — a girl, a boy and a gun.

And in between White Fur, the new novel from Jardine Libaire, is ... I don't know what it is. Not so much a story as a fable. A fairy tale of love and class and money and death and New York City in the 1980's, as seen through eyes so new and so young that everything seems like magic all the time.

The plot is boy-meets-girl and girl-meets-boy. No one loses anyone, not right away, anyhow. They hold on so tight, every page you're worried their bones will break, these idiot kids. These stupid, beautiful, passionate children, Elise and Jamey. Her from the wrong side of the tracks. Him from the right side of every track ever laid — from generations of right-siders, a scion of wealth and power so large as to be almost incomprehensible.

They meet while he is at Yale and she is living in an apartment next door to his house. She is everything he's never been allowed to touch. He is a prince in waiting, but sad. Handsome in a way that shames people around him. The beautiful boy and the wrong girl, the friends and family who disapprove — a plot so simple, so guileless, that it seems to vaporize into nothingness if you look too hard, leaving something not really a book, but a series of vignettes, of moments cut off from any history that isn't personal.

Nothing so much happens as occurs. Haphazardly. Chunkily. Like life. They meet. They fall hard in love. There are cars and apartments, distant warning bells of trouble coming on a horizon that neither of them are tall enough to see. Elise is a survivor — smart and savage and canny in a way that might be disingenuous if not for the fact of the absolute honesty of her feelings for Jamey. And he is conflicted (about his wealth, his station, his feelings), but only when Elise isn't in his eye-line. Only when reality interjects itself, however fleetingly, into their conjoined fantasy of youth and choices without consequences.

What holds it together is ferocity — Libaire's elegant, incongruous, glitz-and-trash command of the language of youth and young love, and the uncompromising fire of her main characters as they drift and dash from page to page. On Elise and her friend Robbie, just before she meets Jamey: "The new roommates bonded by cooking macaroni together, dancing in pajamas and socks to Michael Jackson, drinking soda, and watching late-night public access TV. Shit, neither of them had a clue what to do in life except live." And on Jamey himself, "He's got the surfeit of an only child: cream collecting on top, thick and rich, excessive. He's never been stirred. The loneliness shows up as latchkey keyholes for pupils."

And more and more and more, gorgeous sentence after gorgeous sentence tumbling down the page. On a particular arrangement of furniture in a glitzy Manhattan apartment: "The furniture arranged as if people, late at night, huddled to discuss Marxism or Rothko or volcanoes here." And on girl fights: "It's beautiful, the ugliness of it, and girl fights are especially awkward and unredeemable aesthetically. There's no boxer's punch, no fast feet. There's strength and intention, hatred communicated with nails, with teeth, box cutters. Hair in the eyes, or caught in the mouth, girls move and heave like fat animals even if they're skinny. They grunt and squeal inside, not audibly. It's oddly silent, a mute disaster."

'White Fur' is soaked in sex, in violence, in pain like neon on wet streets. It is a novel with no half-measures. With nothing left unsaid.

White Fur is soaked in sex, in violence, in pain like neon on wet streets. It is a novel with no half-measures. With nothing left unsaid. And as Elise and Jamey move from New Haven to a borrowed apartment in Manhattan (because Jamey has never had to rent an apartment, doesn't even know how), then Newport and the Village and out west, the world swirls and churns around them almost like something seen in a dream. In the way of fierce and uncompromising love, it mutes everything else in the universe that is not itself, and Libaire has captured that perfectly — frozen it, moment by moment, in curated glimpses into the lives of these two kids as they careen through the 1980's and America and love like twin suns, forever locked in orbit around each other, until all that remains is a last look, the click of the safety coming off, and one finger tightening on a trigger in a motel room far away.