Accessibility links
Can The Trump Brand Win State Elections, Too? Virginia's gubernatorial primary is serving as an early test of whether state candidates adopting President Trump's brand can win. One candidate there is campaigning to "Take Back Virginia." 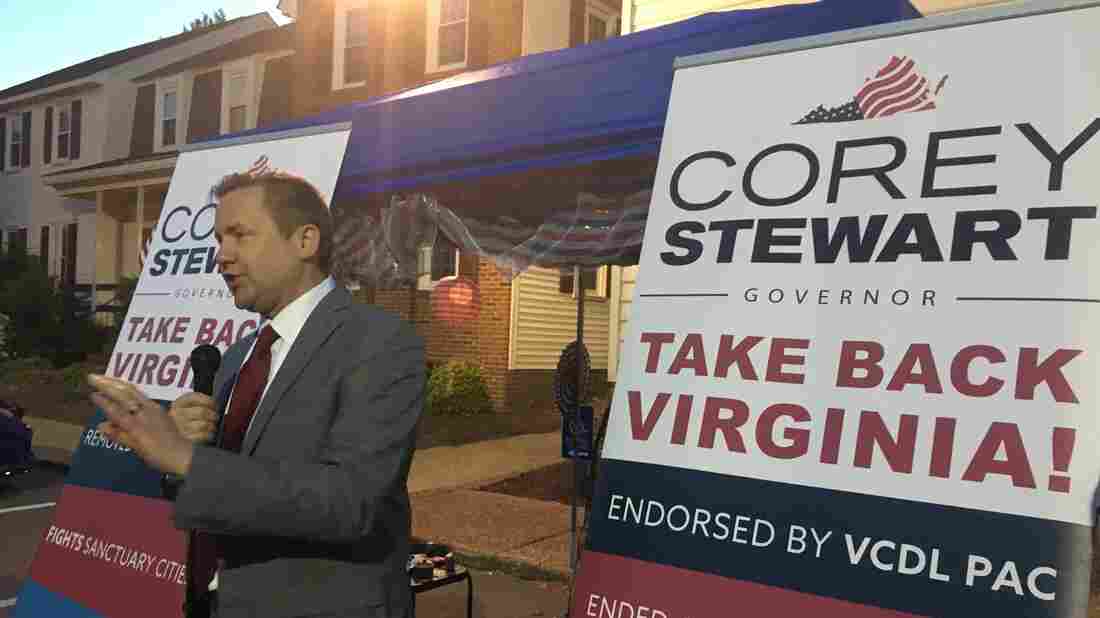 Corey Stewart, seen at a campaign rally in Virginia Beach, Va., is appealing to supporters of President Trump on the campaign trail. "Who's excited that we finally have a real president of the United States?" he recently asked. Sarah McCammon /NPR hide caption 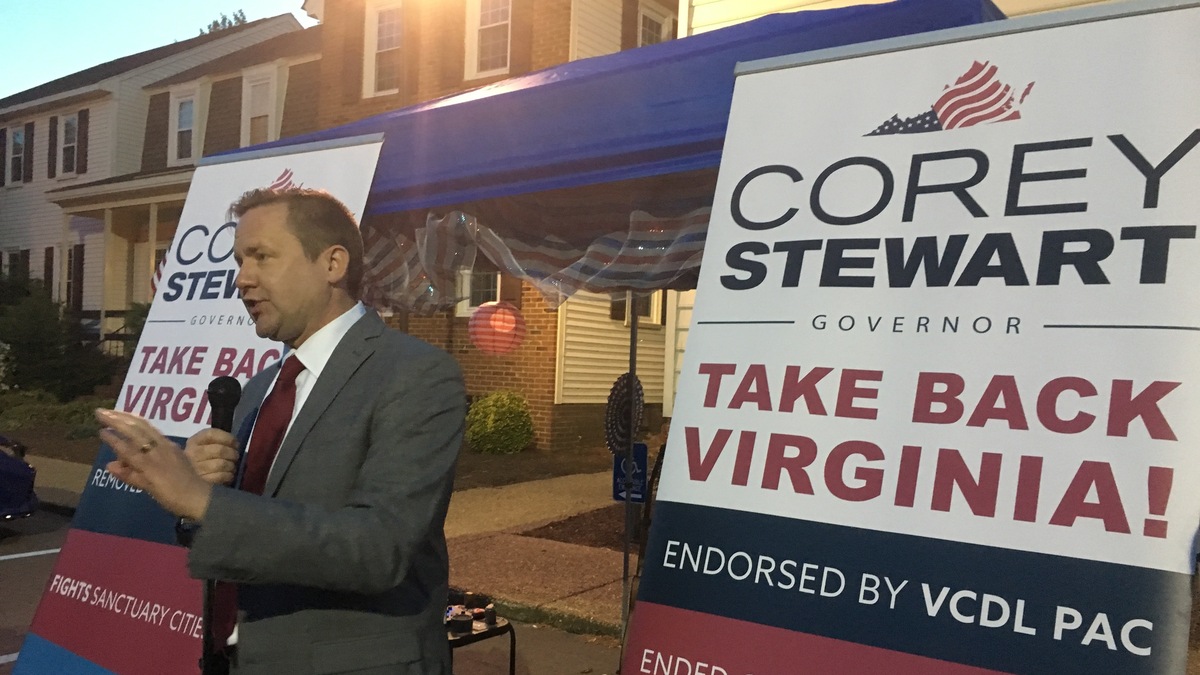 Corey Stewart, seen at a campaign rally in Virginia Beach, Va., is appealing to supporters of President Trump on the campaign trail. "Who's excited that we finally have a real president of the United States?" he recently asked.

The front-runner in Virginia's Republican gubernatorial primary this year, Ed Gillespie, is campaigning on what traditionally would be considered an impressive political resume: former Republican National Committee Chairman, presidential adviser, lobbyist, and, in 2014, unsuccessful Republican nominee for U.S. Senate. In one campaign ad, Gillespie is seen alongside former President George W. Bush, and promises voters, "I know firsthand how the system works."

That, of course, is the same political system that many voters repudiated by electing President Trump, who narrowly won Virginia's GOP primary in 2016.

Next Tuesday's Virginia's gubernatorial primary is serving as an early test of how strong Trump's brand is at the state level.

The state's primaries also offer a look at how intra-party struggles brought to light by the 2016 campaign are playing out among Republicans and Democrats.

One of Gillespie's two rivals for the Republican gubernatorial nomination, Corey Stewart, is hoping Virginia primary voters still have an appetite for an anti-establishment message. In speeches and campaign statements, Stewart, an attorney and county supervisor from northern Virginia, has been going after Gillespie's deep ties to the party leadership.

"Who's excited that we finally have a real president of the United States?" Stewart asked a small crowd in Virginia Beach several weeks ago, eliciting applause and cheers. A similarly-sized group of protesters who'd gathered across the parking lot behind a banner reading, "No Hate In Our Town," booed periodically throughout his speech. 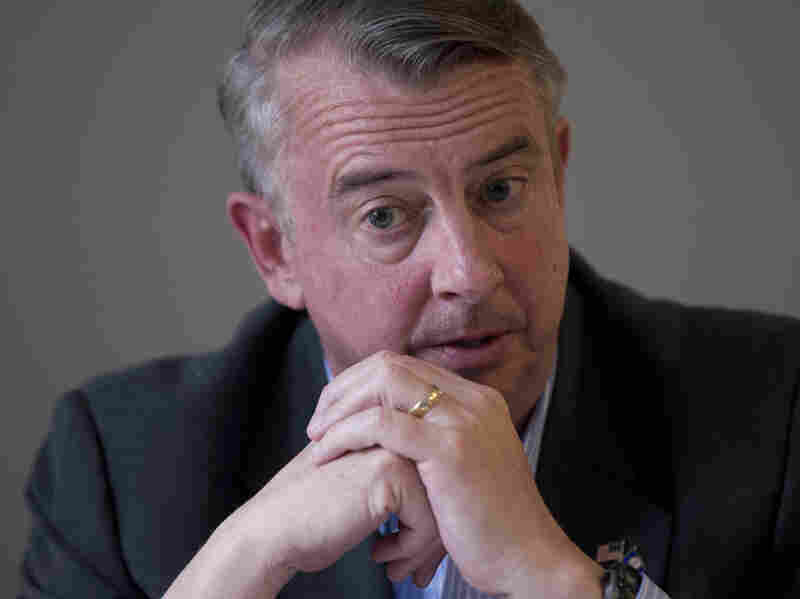 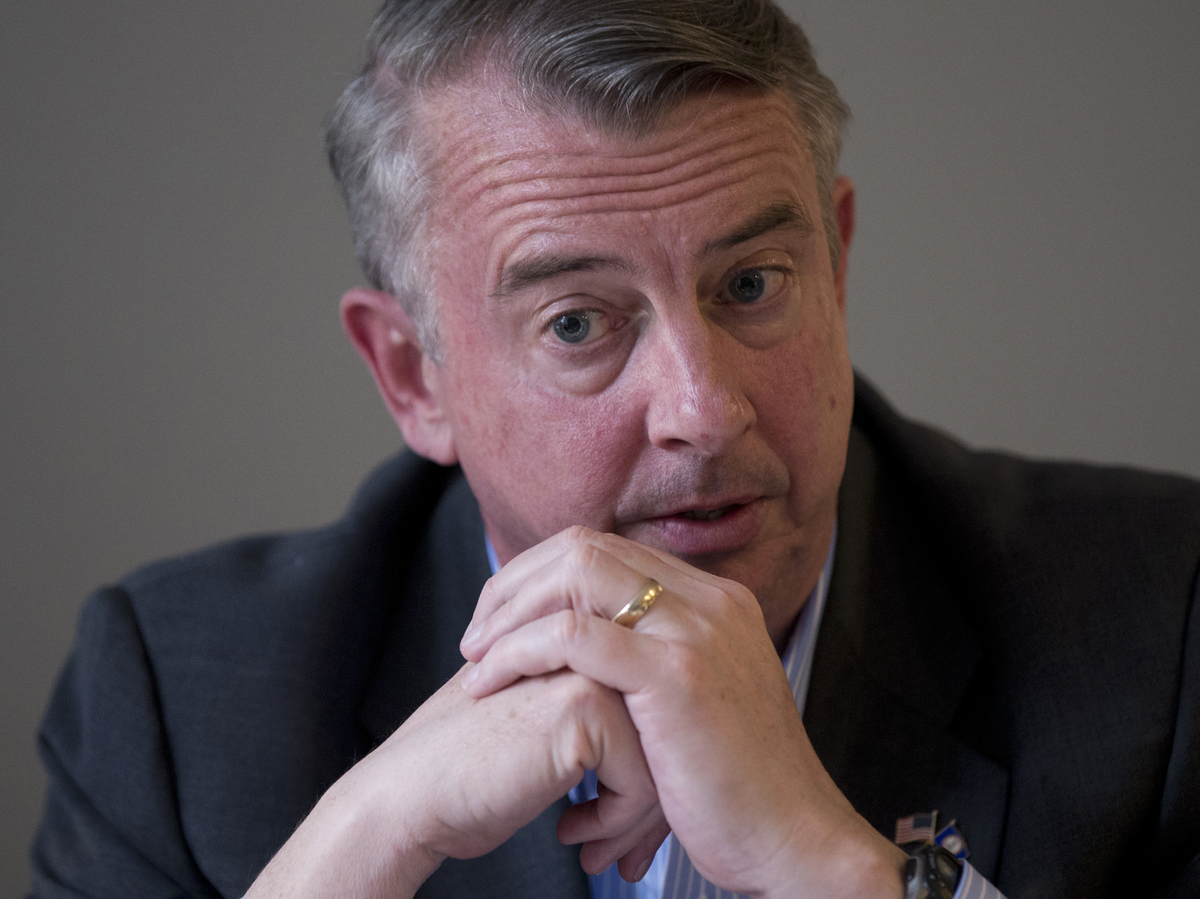 Stewart was let go from Trump's campaign last October for essentially being too pro-Trump. In a show of unity with the party leadership, the campaign fired Stewart for his involvement in a rally outside the Republican National Committee headquarters held by people who felt the RNC was not standing behind the nominee strongly enough in the wake of the infamous "Access Hollywood" video scandal. In that video, Trump could be heard bragging about grabbing women's genitals without consent. At the rally, Stewart referred to some leaders as "establishment pukes."

Gillespie, for his part, has been walking a delicate line when it comes to Trump, neither denouncing nor fully embracing the president. Gillespie responded carefully last month to a question from a reporter for the Washington D.C., news station NBC 4 about whether he wants Trump's support if he becomes the party's nominee for governor.

"I want to have everybody who's willing to help me come in and help," Gillespie said. "This is gonna be a tough race, and so obviously help from President Trump, Vice President Pence; I'm happy to have all the help I can get."

Gillespie has a substantial lead in the GOP primary over Stewart and a third candidate, state senator Frank Wagner. Republicans may face an uphill general election battle in Virginia — it's the only Southern state that Democrat Hillary Clinton won in 2016.

Republicans have a particular challenge in Virginia, says political scientist Quentin Kidd of Christopher Newport University. To be successful, they have to bring together divergent factions of the party, while appealing to new transplants from outside the state, especially in the D.C. suburbs and along the coast.

"There simply aren't enough Republicans in Virginia left who care about the things that ... conservative Virginians [cared] about in the 1950s and '60s — Southern heritage, cultural issues, issues related to race and ethnicity," Kidd said. "It isn't a Virginia of today ... and I don't think it's a Virginia of the near future."