Accessibility links
Sens. Chuck Grassley, Dianne Feinstein Are Preparing A Bill With New Penalties For Opioid Crimes A bipartisan team of lawmakers has been drafting a bill that would create new sentencing guidelines for people who sell and distribute synthetic opioid drugs blamed for a steep rise in U.S. overdoses. 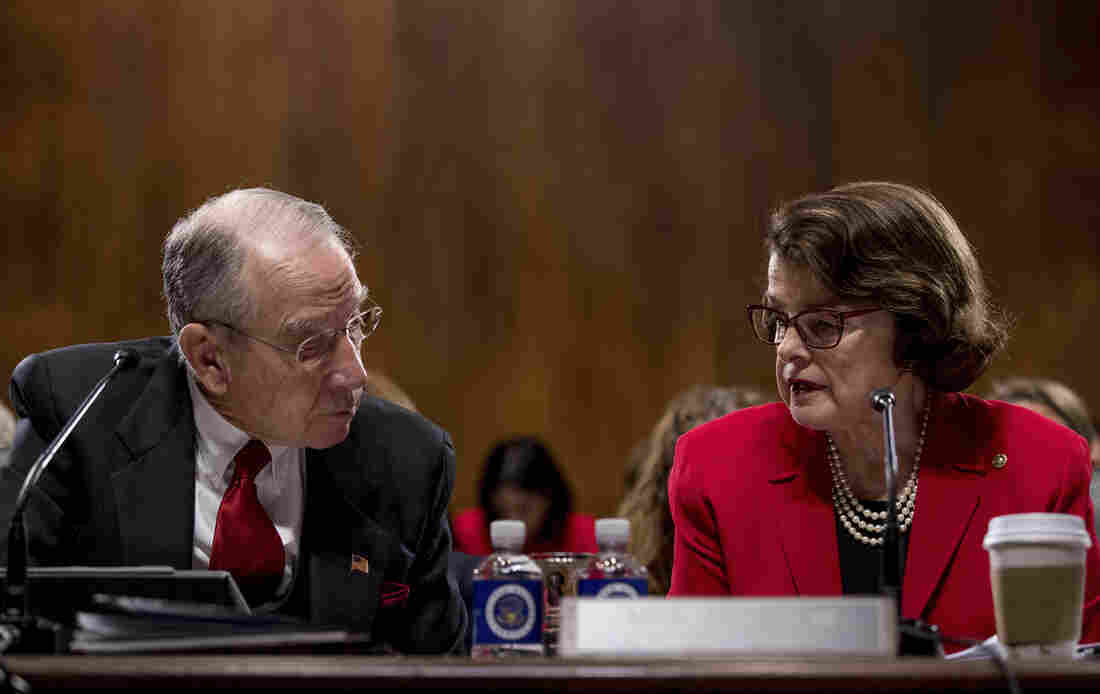 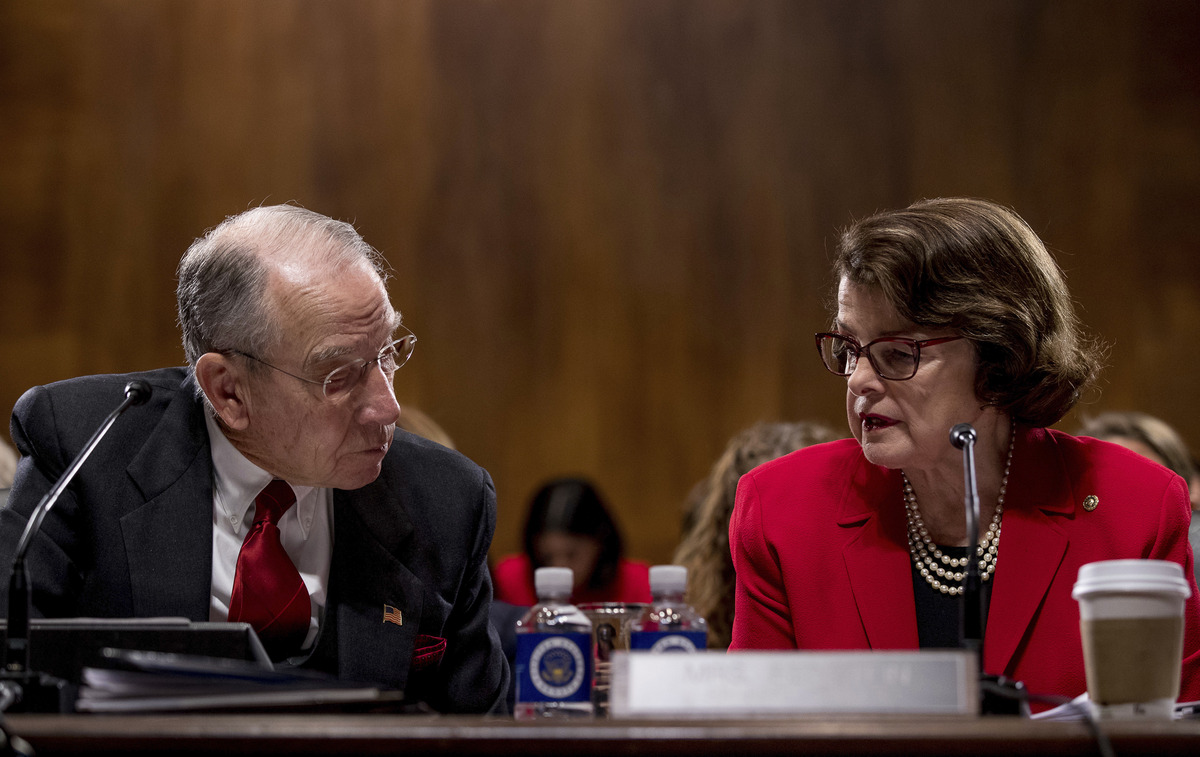 For nearly four years now, an unusual coalition of Republicans and Democrats has worked to reduce mandatory prison terms for many federal drug crimes.

But that bipartisan movement may be shallower than it appears. Indeed, Republican Sen. Chuck Grassley of Iowa and Democratic Sen. Dianne Feinstein of California, who both supported a cut-back on some drug punishments, are preparing a bill that would create tough new penalties for people caught with synthetic opioid drugs. Grassley chairs the Senate Judiciary Committee, and Feinstein is the panel's ranking member.

A draft of the legislation reviewed by NPR suggests the plan would give the attorney general a lot more power to ban all kinds of synthetic drugs, since criminals often change the recipe to evade law enforcement. It would impose a 10-year maximum sentence on people caught selling them as a first offense. That would double if they do it again.

Michael Collins of the Drug Policy Alliance, which advocates for lighter punishments for drug offenders, has seen language in the proposal. He said he thinks it's a bad idea.

"These synthetic drugs are added to heroin often outside the U.S., but the bill takes such a broad approach that it's penalizing individuals who sell drugs at a low level inside the U.S., and so it's going to do nothing to deter and stop the supply of drugs," Collins said.

Collins said drug addiction is a public health challenge. He said sending more people to prison won't help, just as it didn't help in the crack cocaine era a few decades ago.

"The problem is really we've been here before with this approach in terms of the war on drugs and ramping up sentences, and we know that escalating sentences ... does nothing to help the opioid epidemic," Collins said. "In fact, it only serves to increase the prison population."

Authorities say two of them quit their jobs at eBay to embark on a new enterprise. They allegedly ordered a version of the synthetic opioid fentanyl by mail from China, then pressed the drug into counterfeit pills and sold them online to customers across the country.

"Like much of the country, we are not escaping the heroin and opioid epidemic and this latest version or brand of it with the fentanyl danger just makes it that much more pressing of a concern for us," Huber said.

The alleged ringleader — 27-year-old Aaron Michael Shamo — could spend the rest of his life in prison if he's convicted under the current drug laws.

"Mr. Shamo faces a mandatory life minimum sentence if he's convicted and that shows how serious this is, when you're dealing in such large quantities of such a dangerous substance," Huber said. "This is as serious as it gets."

The problem is getting attention at the highest levels of the Justice Department. Attorney General Jeff Sessions has called for a return to a tough approach on drug crimes. Sessions recently directed prosecutors to seek more mandatory minimum penalties.

On Tuesday, Deputy Attorney General Rod Rosenstein appeared at the Drug Enforcement Administration. He warned police about the deadly risks of exposure to various forms of fentanyl and synthetic drugs like it.

Rosenstein said people are dying in record numbers. And overdoses, he said, represent the leading cause of death for people under 50.

He said the country doesn't have the time to argue about whether this is a public health crisis or a law enforcement crisis.

Rosenstein said the government will use all the tools it can: prevention, treatment and prosecution.