'Stephen Florida' Goes To The Mat — And Wins

'Stephen Florida' Goes To The Mat — And Wins 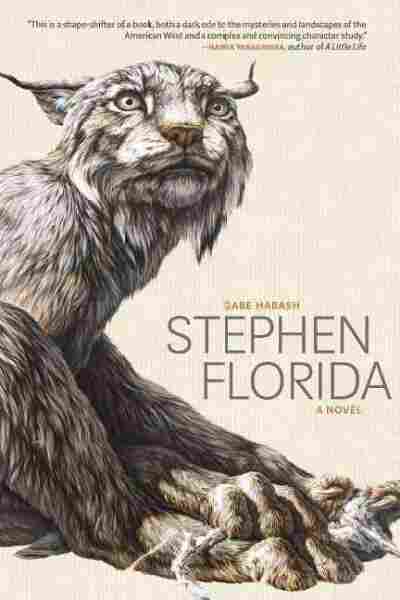 Who is Stephen Florida? It's a little hard to say. He's an orphan who maybe hasn't yet come to terms with the death of his parents in a car crash. He's an obsessive with poor impulse control. He's possibly the best college wrestler in the state of North Dakota. He's an unapologetic megalomaniac. Or maybe he's not really any of these things: "There is no real Stephen Florida," he says. "I am only a giant collection of gas and light and will."

It's difficult to know when to trust Stephen, the title character of Gabe Habash's powerhouse debut novel — he's either given to compulsive lies, or his grip on reality is considerably less strong than he himself is. He's hard to know, but he's also one of the most unforgettable characters in recent American fiction.

Habash's novel follows Stephen's senior year at a small college in North Dakota. In his first three years on the school's wrestling team, he's distinguished himself, but he's fallen short of his ultimate goal: winning the Division IV NCAA championship in his weight class. Stephen is not the type to take solace in his teammates' successes, or to accept anything less than outright victory. "Anyone who tells you wrestling is a team sport is telling you a lie," he says. "Anyone who tells you you tried your best after you lose is telling you a lie."

The beginning of his final season goes well, but catastrophe soon strikes — he tears a meniscus in his knee during a match, threatening his chances at the championship he covets more than anything. A hardcore ascetic by nature, he retreats into himself even further after the injury, alienating his best friend and his sort-of-girlfriend, who has moved miles away.

It's hard to pull off a novel with an unreliable narrator, and they don't come much more unreliable than Stephen. But Habash manages to make his protagonist both charismatic and repelling.

He comes close to the edge. He comes close to several edges. But his determination never wanes; if the injury's going to try to stand in the way of his goal, it's in for a fight: "Up in an armpit of the United States, where no one can see me, I change shapes and become something slobbering and furious in order to get what I want." He's both the unstoppable force and the immovable object; he's "skin and gristle and little water, Stephen Florida without end Amen."

It's hard to pull off a novel with an unreliable narrator, and they don't come much more unreliable than Stephen. But Habash manages to make his protagonist both charismatic and repelling, frequently on the same page, and the result is one of the most fascinating characters to come along in quite a while. He balances on the edge of sanity and of self-awareness throughout the novel: "Craziness is not having anything to put your behavior into. Craziness is when your behavior drops off a ledge into a canyon. I'm putting mine toward a service. I'm winning. How can I be going crazy if I'm winning?" There are shades of Frederick Exley's 1968 novel A Fan's Notes in Stephen Florida, but Stephen's a paranoid obsessive all his own; he's self-disciplined and self-sabotaging in equal measure.

Habash is also adept at portraying the landscape of the North Dakota and the world of college wrestling in a way that draws in readers unfamiliar with either. Even if all you know about wrestling comes from the likes of "Macho Man" Randy Savage (oh, yeah!), it's hard not to be taken in when Stephen waxes philosophical about the sport. "Wrestling is a series of momentary ejaculations, passions that originate and evolve based on their relationship to another's passions," Stephen explains. "Wrestling is, at its core, one passion set against another passion for the purpose of determining which is stronger." Stephen's erudition — he speaks with a vocabulary that's not typical for a college kid — is part of what makes him such a memorable character; he's a possible genius who underachieves in every way except wrestling.

In the end, it's difficult not to root for Stephen, despite his impulsiveness and stubborn single-mindedness. And it's almost impossible not to admire Habash's starkly beautiful and moving novel. Stephen Florida is brash and audacious; it's not just one of the best novels of the year, it's one of the best sports books to come along in quite a while. It's an accomplishment that's made all the more stunning by Habash's status as a debut novelist: It's his first time on the mat, and he puts on a clinic.