Accessibility links
'Better Call Saul' Actor Giancarlo Esposito On The Making Of An Iconic Villain Six years after the demise of his Breaking Bad character, Esposito is back on TV as the vicious drug lord Gus Fring. He says the current role allows him to take the character "back in time." 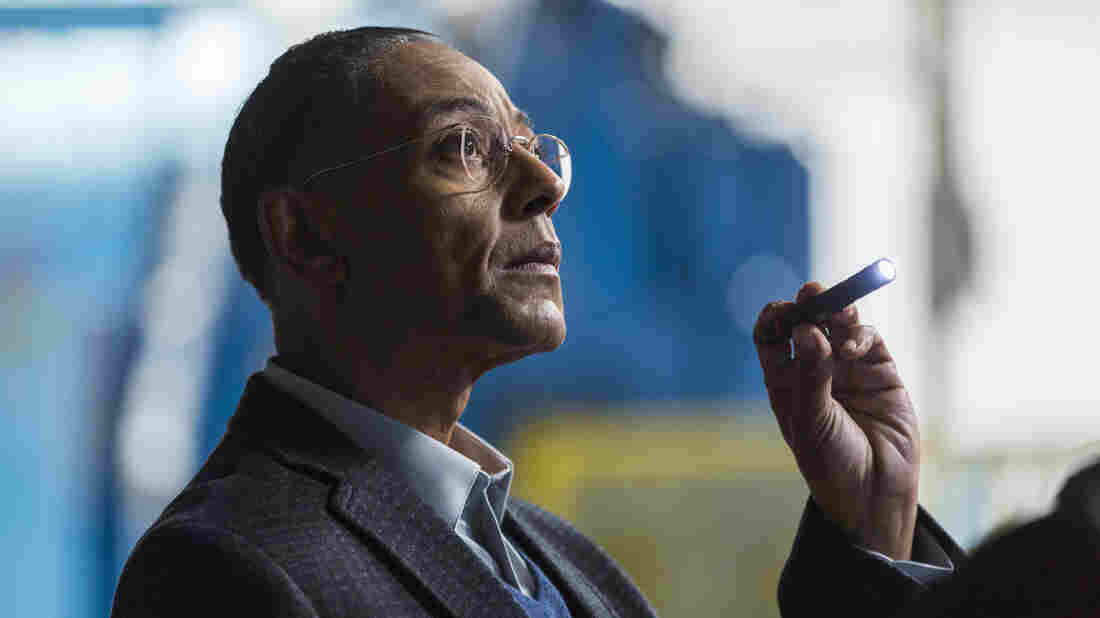 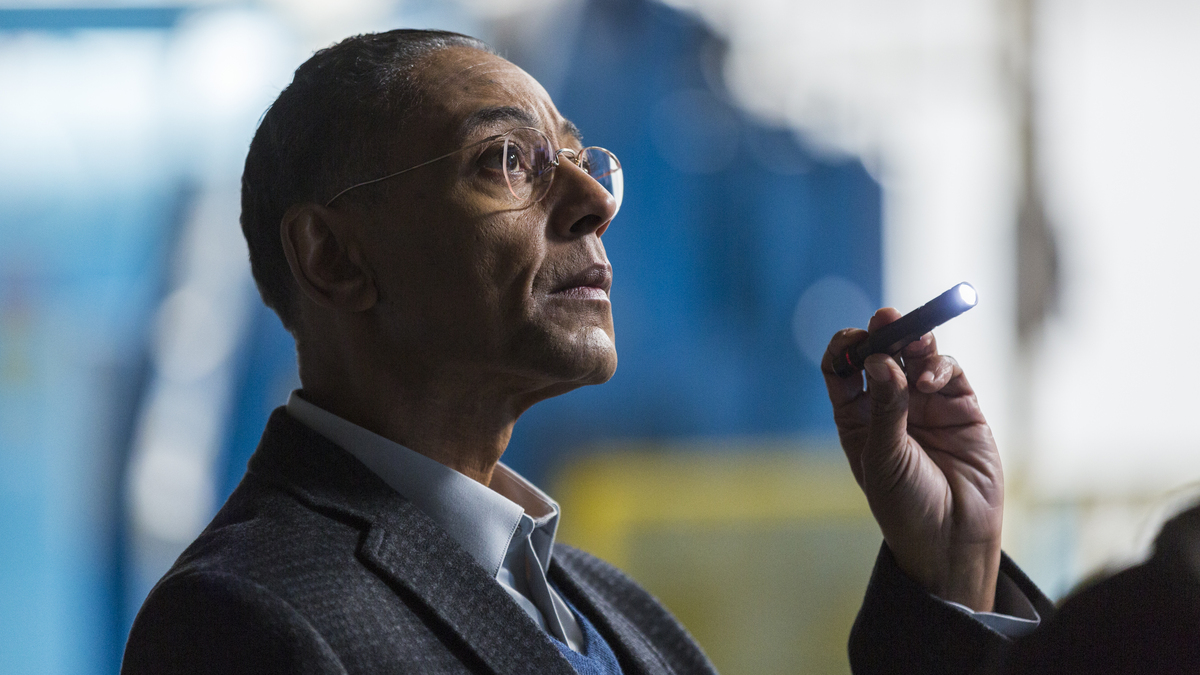 In the annals of TV villains, actor Giancarlo Esposito's Breaking Bad character, Gus Fring, stands out. Gus was an upstanding, impeccably dressed, New Mexico businessman who spoke with an elegant Chilean accent — and also happened to be a vicious drug lord.

Esposito describes the character as resembling "someone who may live next door, who is successful and very caring, but who is also ruthless."

In 2011, Esposito's portrayal of Gus seemed to end when the character died in a gruesome explosion on Breaking Bad. But now, six years later, the actor is reprising the role on Better Call Saul, AMC's prequel series.

Esposito describes his work on the current series as going "back in time with the character." In fact, audiences are meeting a younger, slightly less polished version of the notorious villain.

"It was a very interesting journey to think youthfully," Esposito says. "I wanted a Gus that was more vulnerable, a Gus that was ... not so definitive, knowing where he was going, but not knowing exactly how to get there."

I try to let the words speak to me and jump off the page in silence, so I can hear the rhythm of what they are trying to write. In this case, obviously, Gus has a Chilean accent, which I bring to the copy. But then I go from letting it permeate my being, and then allowing my voice to join it in a whisper. So I start that way, and from that whisper comes a sound, so that I can allow what the writers have honored in this character, and my voice, to join together in a seamless way.

On growing up biracial, the child of an Italian father and an African-American mother

It's been a part of me to acknowledge and recognize that I'm not a color. I've always said, "Hey, you go to England and these are English people. You go to Spain, there are Spanish people." They could be black, they could be all different colors. You come to America and it's black or white.

Unfortunately, I grew up here, where the divide is talked about and it's labeled in a very different way, and ... I dislike it a lot. Because before someone even comes into your presence, you're judging them by their color.

On being biracial and not being sure where he fit in

I had to make a choice, and I made this choice over and over and over again in my life. I walk into an audition and I'm "Giancarlo Esposito" and they thought I was a white guy. ... I walk into the audition and it's all white guys sitting out in the waiting room and they come out and they're like, "We're sorry. We had no idea ... you were black, so this is only for white guys." ...

I've had to revisit this often, and I'm getting a little choked up now, because I believe that we hold ourselves in a way that also projects who we are. And if I project my humanity and I'm a human being, that goes beyond any color. It goes to the soul. ... I want to be judged for who I am organically. I want to have real interactions not based on my color.

On the roadblocks his mother, an opera singer, faced in her career and her recent death

When I was 17, I stopped playing "bad" African-American young people, because I didn't want to represent them in that way. I wanted a more positive, thoughtful image of African-Americans, so I stopped playing the bad guys. I know that it crushed [my mother] to not have the opportunity to express herself, and I know that she gave up for many, many years ... and became an observer. ... She said to me, "I'm a queen, I will never work again. I won't participate in this madness." ...

I don't fault her for it, it was her journey, her life, but I do have the sense that she's really dancing in the clouds now, because she had an idea of how far I've gone.

On working with director Spike Lee in Do The Right Thing Do the Right Thing, School Daze, Mo' Better Blues and other films

It was a definitive turning point in my life to work with Spike Lee, because Spike represented ... the truth [of] who African-Americans were at that time. He didn't pull any punches. He wrote what he saw. He wrote what he felt, as raw as it may have been, as hard as it may have been to digest for African-Americans. And so I respected Spike for changing the game in film. ...

I took a little issue when Spike said, "Giancarlo, Giancarlo, I gotta tell you this." I said, "What, Spike?" "You know, you're an Afro-European." That's what he called me! I went, "OK, Spike."

In the audio version of this story, Bong Joon-ho is identified as the director of the film Oldboy. The 2003 South Korean film was directed by Park Chan-wook and the 2013 remake was directed by Spike Lee.