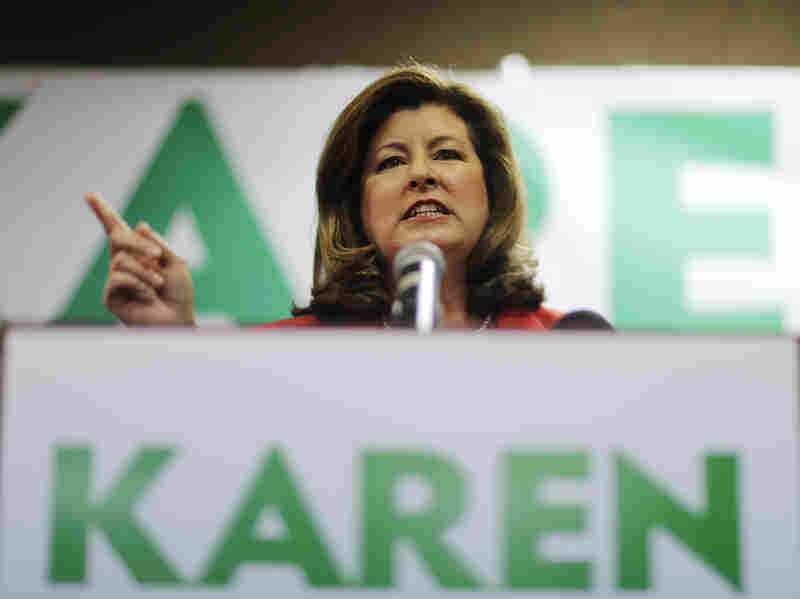 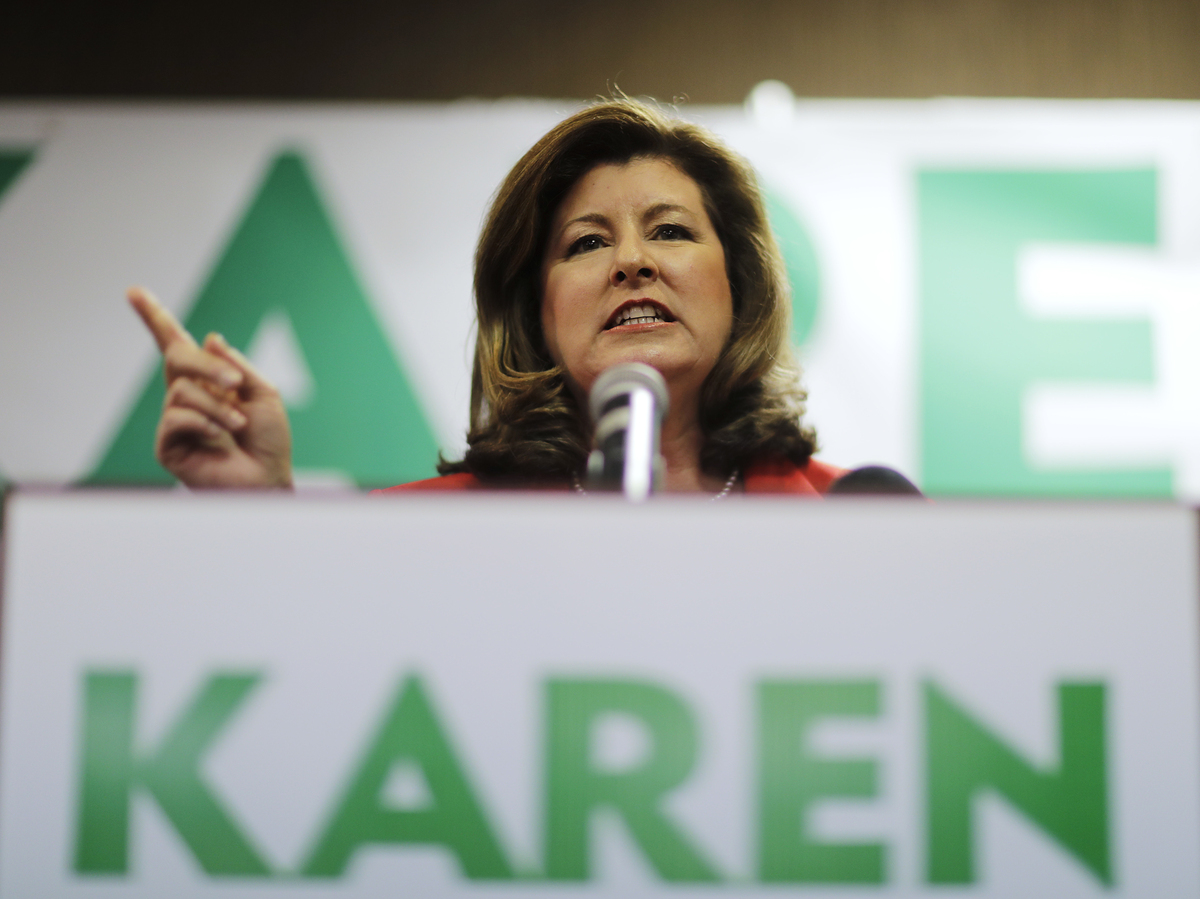 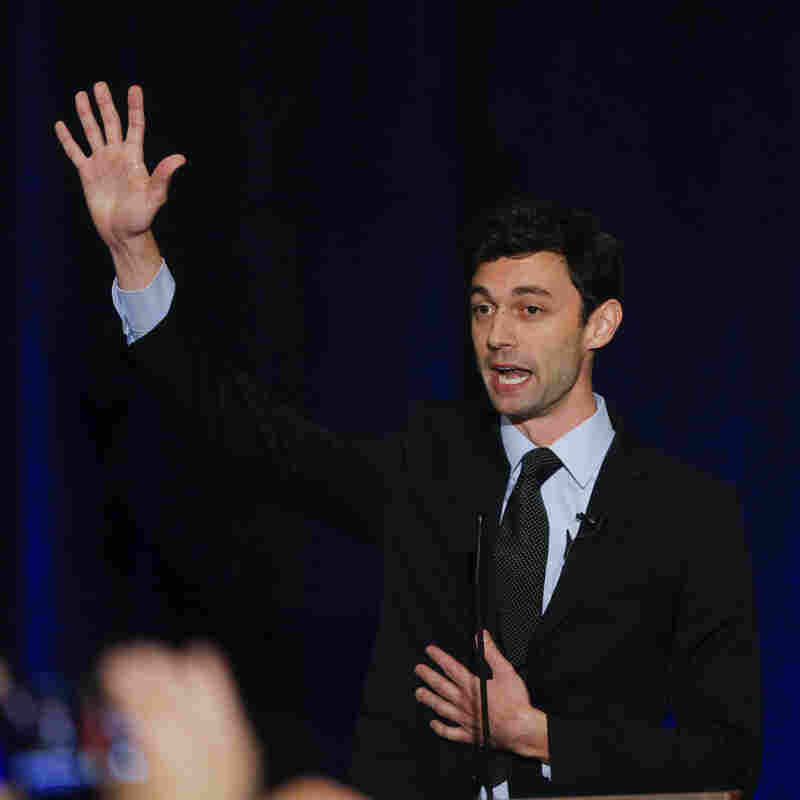 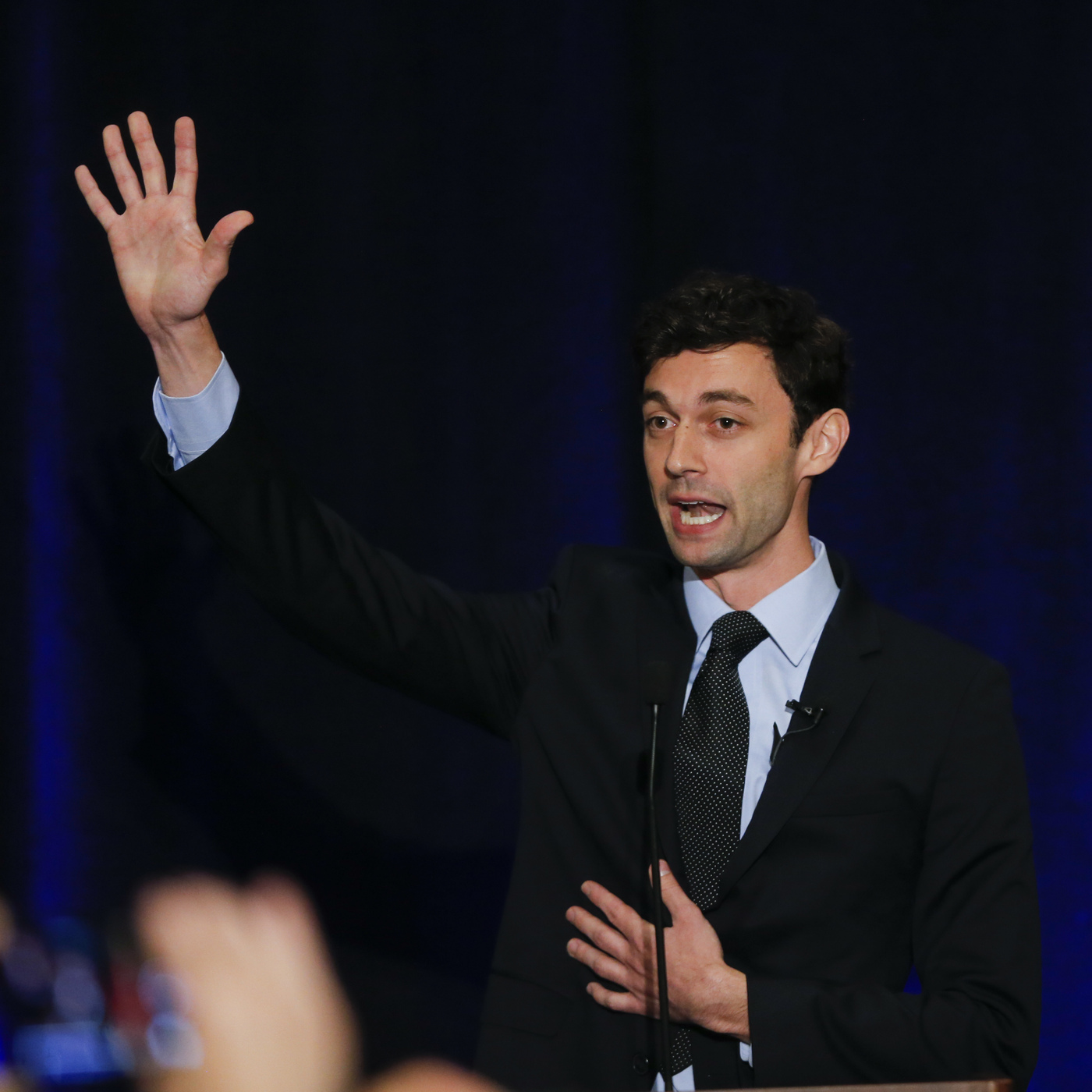 Both Republicans and Democrats see the June 20 special election to replace Price as a possible bellwether of what's to come in 2018.

And they are spending.

Nearly $30 million has been raised by the candidates and outside groups in a race that now comes down to two finalists: 30-year-old Democrat Jon Ossoff and Republican Karen Handel, 55.

Last night they held their first debate. And all that money led to some tough sparring.

Handel, a businesswoman who once served as Georgia's secretary of state, said Ossoff's support comes from places utterly unlike Georgia.

"My opponent has more donors and more dollars coming from outside of the state of Georgia," Handel said. "They are coming from [House Minority Leader] Nancy Pelosi, California, New York, Massachusetts. He doesn't want the people of Georgia to know that he is a liberal Democrat."

In fact Ossoff, a documentary filmmaker and former congressional aide, has raised more than $8 million, most of it online, much of it from Democrats anxious to send a message to President Trump.

"The average contribution to my campaign is less than $50," Ossoff said. "And in stark contrast Secretary Handel, like so many career politicians in both parties who are mired in gridlock in Washington, has had her campaign bailed out by anonymous Washington super PACs who are spending unprecedented amounts on attack ads here."

Echoing some of his TV ads, Ossoff repeatedly raised Handel's tenure as an official with the Susan G. Komen organization, the largest fundraiser for breast cancer research. Ossoff claimed Handel played a central role in its 2012 decision to cut off funding to Planned Parenthood for breast cancer screening.

The move was widely perceived as a bow to anti-abortion rights groups. The subsequent uproar led Komen to reverse itself three days later, but contributions to the organization fell by more than 20 percent. Handel resigned soon after.

But Handel downplayed her role.

"I was one of hundreds of employees at the Komen foundation," Handel said. "Secondly, I was tasked by the CEO and chairman of the board to develop options for how the organization could disengage from Planned Parenthood. Why? Because the grants were not effective."

The first round of this congressional race took place in April, when Ossoff fell just short of receiving more than 50 percent of the vote, forcing this month's run-off. Handel finished a distant second to Ossoff, but the Republican vote was split among many candidates.

There is another debate scheduled this week, and more dollars are coming into the campaign, from Republicans eager to hold on to a seat they've held for decades and Democrats who see a chance not only to send a message to Trump but to lay the groundwork for a hoped-for takeover of the House in 2018.