Accessibility links
Kansas Tax Cut Experiment Comes To An End As Lawmakers Vote To Raise Taxes Legislators have rolled back a series of major tax cuts that became an example for conservative lawmakers around the country but didn't deliver the growth promised by Gov. Sam Brownback. 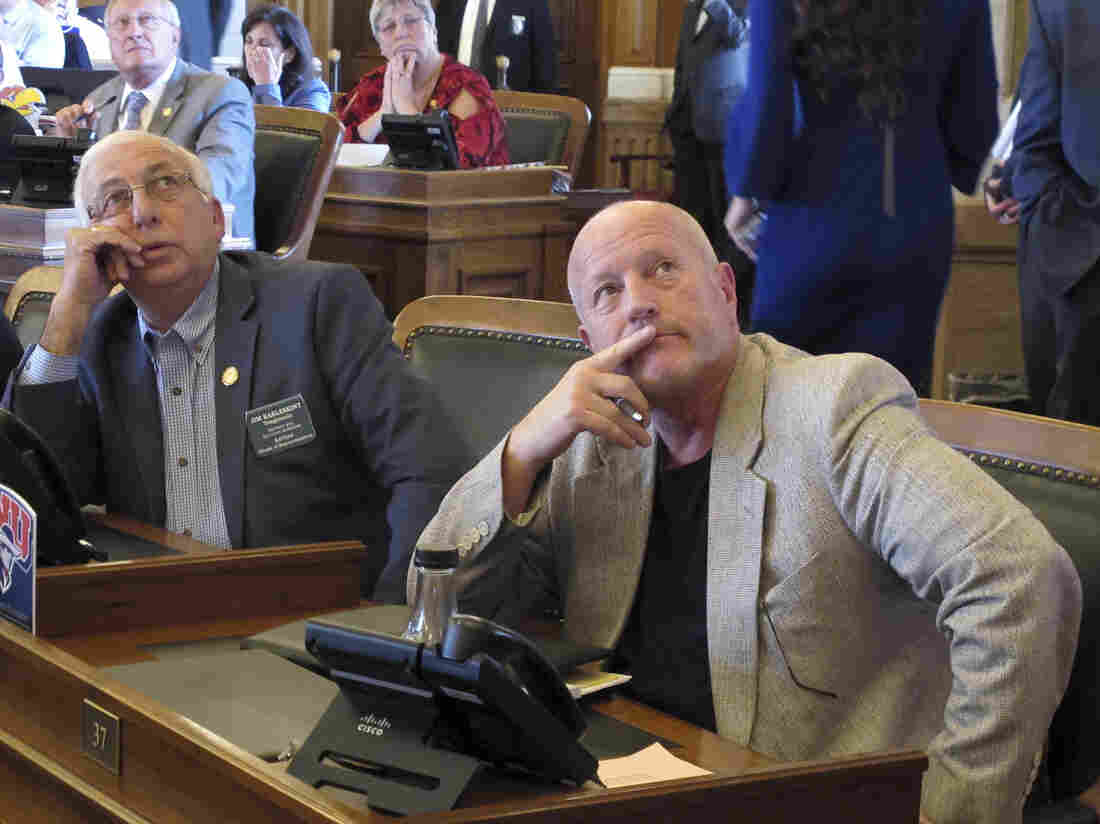 Kansas lawmakers watch an electronic voting board during votes on a bill to raise taxes and boost school funding at the Statehouse in Topeka, Kan. John Hanna/AP hide caption 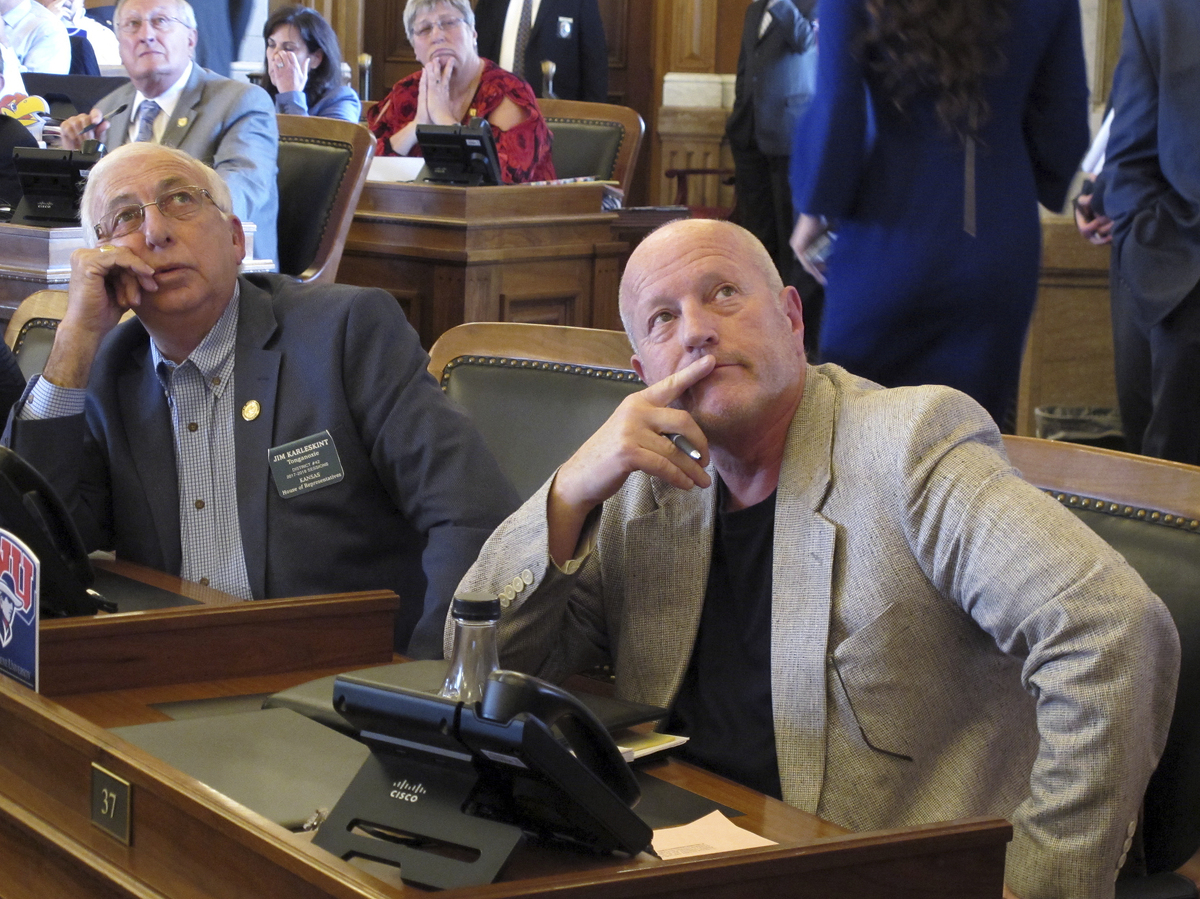 Kansas lawmakers watch an electronic voting board during votes on a bill to raise taxes and boost school funding at the Statehouse in Topeka, Kan.

Kansas lawmakers have voted to roll back a series of major tax cuts that became an example for conservative lawmakers around the country but didn't deliver the growth and prosperity promised by Gov. Sam Brownback, a Republican.

A coalition of conservative Republicans, some of whom voted for sweeping tax cuts in 2012 or defended them in the years since, sided with moderates and Democrats to override Brownback's veto of a $1.2 billion tax increase.

The law to increase taxes over the next two years comes as legislators seek to close a projected $900 million budget gap for that same period and bolster funding for K-12 schools under a Kansas Supreme Court order.

"It's a huge vote," said state Rep. Steven Johnson, a Republican and chairman of the House tax panel, adding that legislative leadership had explored many routes to find a tax solution that would gain sufficient support in both chambers. "It's a huge vote for looking for an option for Kansas among limited options."

Floor debates on taxes ran late into Tuesday evening, but in the end, 27 senators and 88 representatives rendered Brownback's veto — which had been handed down just hours earlier — irrelevant.

Passage of the tax bill brings to an end signature tax policies of the Brownback administration. Most of those policies were part of a 2012 law that exempted owners of more than 300,000 small businesses and became a political flashpoint in recent elections.

With a tax plan complete and new school finance formula sent to the governor, the Legislature still must agree on the state budget.

It was the second time this session the governor sought to block legislation that would unravel 2012 tax changes and raise revenue through a three-bracket income tax structure. The first time, in February, lawmakers fell three votes short in the Senate of pushing past his opposition.

The veto nearly survived this time, too: Though the House exceeded the override threshold by four votes, the Senate results came in at exactly the minimum needed.

"Now we have a source of money. Then we can work our way out of the hole that we're in," she said. "It's almost like you can breathe."

Senate Majority Leader Jim Denning said lawmakers had known since May 2014 that the tax cuts were leading to fiscal woes and not playing out as intended. He said while he voted for the 2012 changes, he believes in cleaning up one's messes in life and planned to cast his vote accordingly.

Conservative Republican state Sen. Dennis Pyle drew on the nursery rhyme Humpty Dumpty in his appeal that colleagues uphold the veto. He suggested some lawmakers might think Brownback is like the main character in that poem, but it is in fact the spend-happy legislators who are shattered.

"They continue to want more and more," he said. "They want to interfere in people's lives."

Much of the impassioned debate in the Senate came from conservative opponents of the bill, while many moderate Republicans and Democrats sat silent. Those who rose to comment rejected conservatives' claims that increasing taxes defies common sense.

"From our side of the aisle, that tax plan didn't receive a single vote," Senate Minority Leader Anthony Hensley said of the 2012 cuts, adding that Democrats had foreseen repercussions for the state's financial health.

State Sen. Tom Holland, a Democrat, said Kansas had been riding "the crazy train" and was long overdue for a solution.