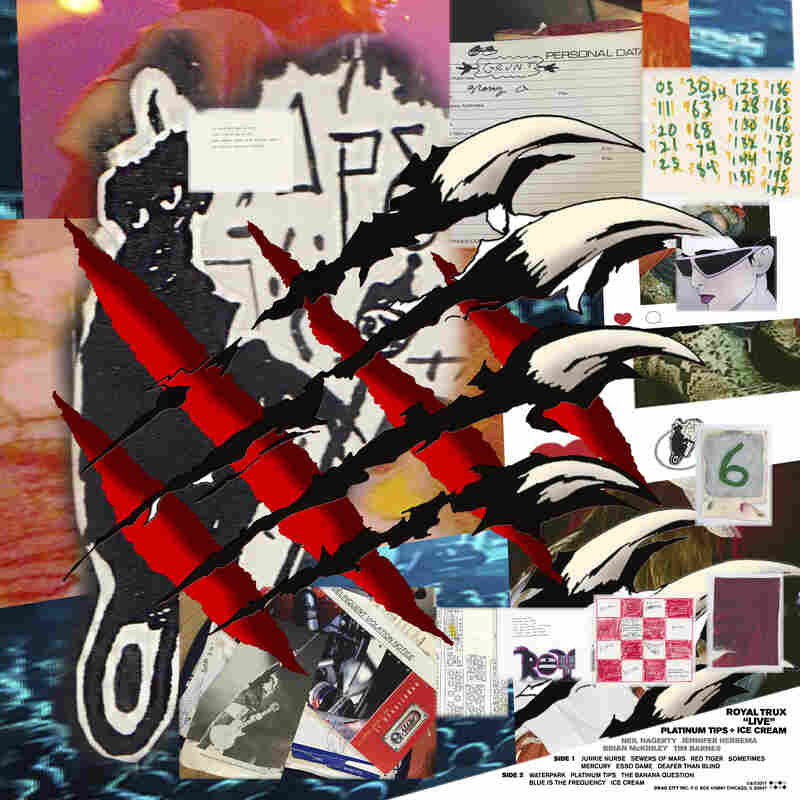 Here are the best times to play Royal Trux, with apologies to YouTube user SERGIO DE LA REPTILIA: on a first date; on a comically large stereo in the middle of a week-long SantaCon bender; doing underwater gymnastics in a mud bath; tenderly burping the Twin Infinitives lyrics "Fly on you fat bastards, fly on hot rod classics" to your newborn child; while heaving a refrigerator full of rancid meat from a moving vehicle; your last rights.

Really, Royal Trux is for all occasions, and we should all be so lucky that Neil Hagerty and Jennifer Herrema are back to steer rock 'n' roll toward chaos once more. In its first run from 1987-2001, Royal Trux was the heir to the throne befouled by The Rolling Stones, The Stooges, Captain Beefheart and New York Dolls. But its scuzz was only matched by its surrealism, with perverse turns at every corner (do not Google the artwork for Sweet Sixteen while on the job or ever). But Royal Trux was too ugly to live, and when Hagerty and Herrema's romantic relationship went down the toilet (again, do not search for Sweet Sixteen, for the love of God), so did the band. He since formed The Howling Hex, she helmed RTX and Black Bananas, both flirting with and running far, far away from their old band's sound.

Platinum Tips + Ice Cream is the first release from Royal Trux in 17 years, culled from two live sets recently recorded in New York and Los Angeles. It is raw, unpolished and, according to the band, "unrehearsed," with songs that span the band's catalog and deep cuts (but nothing from Sweet Sixteen, which... if you're gonna do it, just do it, OK? Remember: You wanted this.) It's not easy to return with (or recommend) a live rock 'n' roll record, but dammit, Platinum Tips is a hurling gut-punch of a document. Hagerty's guitar fuzz is thick and gelatinous, a blood-soaked ooze crusting at the edges, as Herrema howls, growls and gurgles in her own time signature. They're joined by bassist Brian McKinley and drummer Tim Barnes (The Tower Recordings, Text Of Light), both of whom have had run-ins with post-Royal Trux projects.

"Junkie Nurse" and "Esso Dame" (from the self-titled LP) are prime trash-punk Trux, as Hagerty and Herrema stumble over each other like the words were always made-up and the riffs were always meant to be funkier. "Sometimes" is probably the most indicative of the alt-rock sprawl from which Trux never really sprang, but here it's far heavier and far meaner. Accelerator's warped classic rock only gets one entry, and curiously it's "The Banana Question," a pointedly dumb and repetitive riff bore into your skull at a sputtering El Camino speed. It all ends with "Ice Cream" from 1990's truly inscrutable Twin Infinitives, an album that took the lo-fi squall of The Velvet Underground's White Light/White Heat and somehow made it weirder.

Will Royal Trux ever make new music? Maybe, maybe not. Platinum Tips + Ice Cream is a helpful ease back into its skewed world, but it also makes a convincing argument that Royal Trux's revisited and regurgitated repertoire in a wild and dangerous live setting could eclipse its catalog.