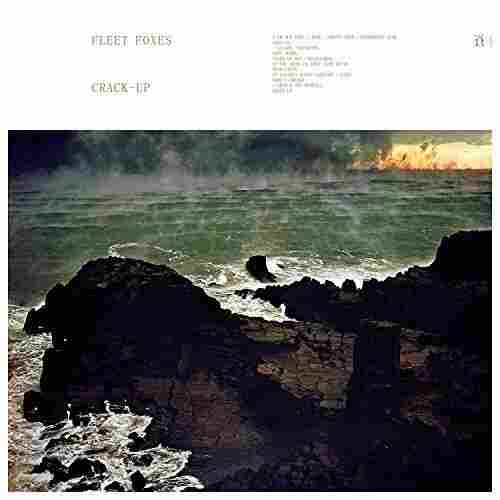 It's been six years since Fleet Foxes released Helplessness Blues, a sonically and thematically expansive take on what it's like to feel adrift and anxious in a world that seems to be breaking apart around us. On Crack-Up, singer-songwriter Robin Pecknold follows those ideas to their logical conclusion: After a long foray into academia, he's opted to slow down, settle in and craft an album that takes its time the way he's taken his.

Fleet Foxes' music has long sought a strange and distinct balance of finely detailed introspection and cavernousness: No matter how audaciously Pecknold's voice radiates heavenward, and no matter how ambitiously his arrangements sprawl out to form suites, his songs still conjure the sensation of withdrawing into one's own doubt-stricken head. On Crack-Up, listening can entail following a complex train of thought, as Pecknold meanders and shape-shifts through many points within lengthy songs that double as medleys — most notably in the album-opening "I Am All That I Need/Arroyo Seco/Thumbprint Scar" and the nearly nine-minute single "Third Of May/Odaigahara."

Crack-Up is enveloping enough to get lost in, and it doesn't always offer easy entry points. For every contained and elegantly pretty ballad like "Kept Woman," there's a byzantine engine of ambition like the title track, which closes Crack-Up with a burst of energy worthy of its title. But the point never gets lost that these songs chronicle the pursuit of contentment, however frustrated — and take great care to linger in the beauty that crops up along the way.