Accessibility links
What Can The Russia Investigations — Senate, House, Special Counsel — Actually Do? There are at least three major probes into Russian interference in the 2016 election — the Senate and House intelligence committees and a Justice Department special counsel. 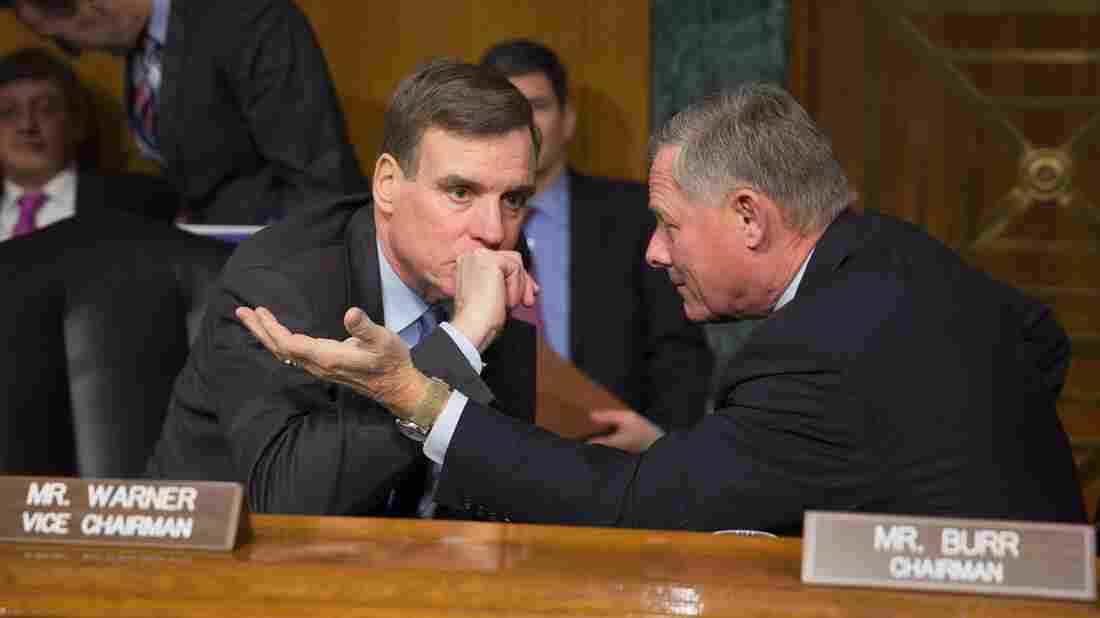 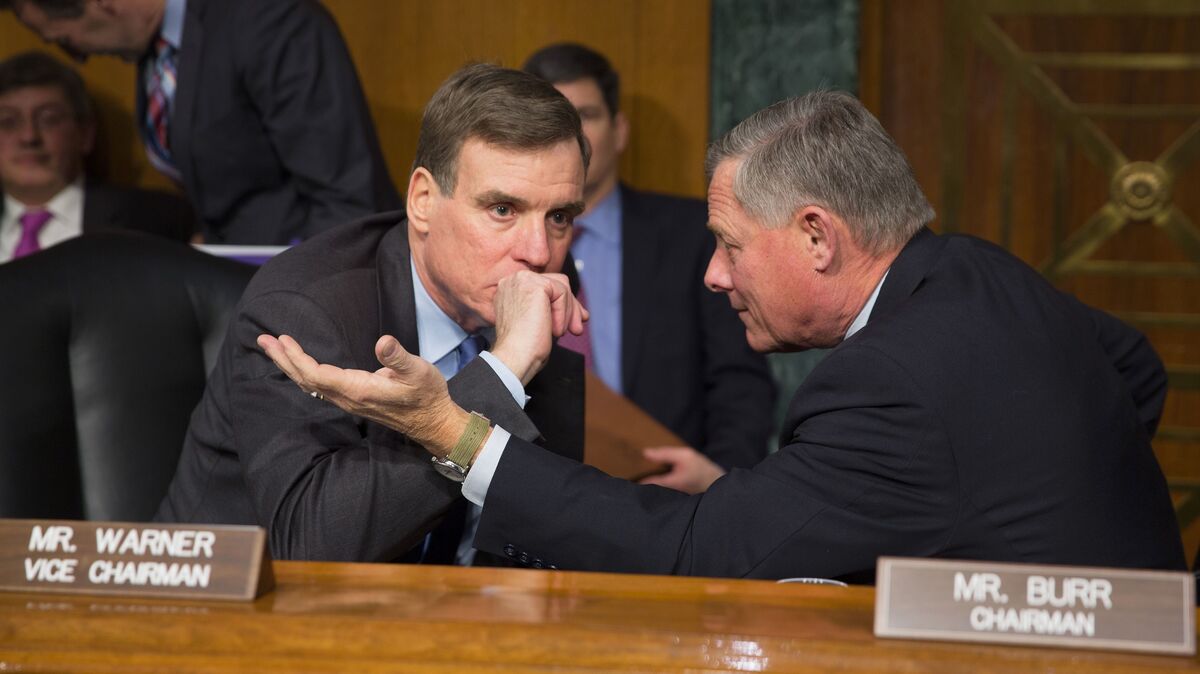 The multiple investigations into Russian interference in the 2016 presidential race will open a new chapter Wednesday when the Senate Judiciary Committee holds a hearing about foreign agents operating in the U.S. lobbying on behalf of foreign governments — and what some consider the lax enforcement of the federal law that governs their activities.

With the hearing, the Senate Judiciary Committee seems to be staking its claim as a fourth major Russia investigation — after the investigations by the Senate and House Intelligence Committees and the Department of Justice special counsel investigation led by former FBI Director Robert Mueller.

Here's a primer to help you sort out which investigation is doing what.

The Senate Select Committee on Intelligence is conducting a broad inquiry looking at what, exactly, Russia did to influence the 2016 elections and how that fits into broader "cyberactivity and active measures" the country has used to target the United States. Part of that includes examining whether there is any evidence that members of President Trump's campaign collaborated with Russian operatives.

"The Committee will follow the intelligence wherever it leads," Chairman Richard Burr, R-N.C., and Vice Chair Mark Warner, D-Va., said in a statement announcing the probe in January.

"We will be conducting the bulk of the Committee's business behind closed doors because we take seriously our obligation to protect sources and methods."

The panel is being led by Burr. He advised the Trump campaign last year but has vowed to take the investigation seriously. "It overrides any personal beliefs that I have or loyalties that I might have," he told reporters earlier this year.

Burr has separated himself from the Trump administration more than other key Republicans involved in Russia investigations. He voiced concerns about former FBI Director James Comey's firing in May and has said he has seen no evidence backing one of Trump's more outlandish claims — that President Barack Obama ordered a "wiretap" of Trump Tower during the presidential campaign.

Warner is the top Democrat on the committee. While the House Intelligence Committee has been characterized by partisan infighting, Warner has worked hard to present a united front with Burr. The two-term senator and former Virginia governor has repeatedly said the investigation is the "most important thing I've ever done" in public service.

The Senate Intelligence Committee has several members who are often speculated about as future presidential candidates: Republicans Marco Rubio of Florida and Tom Cotton of Arkansas, and Democrat Kamala Harris of California.

Nearly 20 million TV viewers tuned in when Comey testified in front of the Intelligence Committee on June 8.

"Those were lies, plain and simple," Comey said of the White House's justifications for firing him, adding that Trump "chose to defame me and, more importantly, the FBI" by claiming the bureau was in disarray under Comey's leadership.

Comey went on to say that he believed he had been fired because of the way he handled an ongoing investigation into whether anyone on Trump's campaign coordinated with Russian efforts to interfere in the 2016 election.

What the investigation could lead to

Burr and Warner have said their goal is to produce a detailed, bipartisan report summing up the actions Russian operatives took in 2016 to engage in election interference and how similar attacks can be prevented in future elections.

The committee can't recommend criminal charges, as the special counsel investigation is empowered to do.

Like its Senate counterpart, the House Permanent Select Committee on Intelligence wants to write a report answering four questions:

Chairman Devin Nunes and other Republicans on the committee have publicly focused much of their attention on leaks and whether the Obama administration "unmasked" intelligence about Trump associates for political purposes.

California Republican Nunes remains chairman of the House Intelligence Committee, though in April, he temporarily stepped down as head of its Russia investigation. Nunes' move came in response to an Ethics Committee inquiry into whether he improperly disclosed classified information over the course of the investigation.

The ethics probe was launched after Nunes made a high-profile trip to the White House to discuss information that he claimed raised questions about whether the Obama administration had improperly "unmasked" — or asked for the identity of — Trump associates surveilled during routine foreign intelligence operations. He spoke to reporters about this information before telling his colleagues on the committee about it. "The committee has been put into suspended animation," Rep. Jim Himes, D-Conn., told MSNBC afterward.

Nunes later admitted that his information had initially come from the Trump administration. That raised questions about whether Nunes was providing political cover for the president he was investigating.

While Nunes stepped down from the Russia investigation, he has continued to issue and sign investigation-related subpoenas.

California Rep. Adam Schiff is the top Democrat on the committee and one of the most commonly seen public faces of the Russia inquiries.

As the committee's investigation became more partisan, Schiff was forthright not just with the available evidence of possible collusion between the Trump campaign and Russia — but also with what it would mean if such a thing were proven true.

"Is it possible that all of these events and reports are completely unrelated, and nothing more than an entirely unhappy coincidence? Yes, it is possible. But it is also possible, maybe more than possible, that they are not coincidental, not disconnected and not unrelated, and that the Russians used the same techniques to corrupt U.S. persons that they have employed in Europe and elsewhere. We simply don't know, not yet, and we owe it to the country to find out," Schiff said at a March hearing featuring Comey and National Security Agency Director Adm. Mike Rogers.

Conaway and Schiff tried to repair public confidence in the bipartisan integrity of their investigation by holding a joint press statement on June 6.

The most notable: Comey's first public disclosure of an active FBI probe into whether anyone on Trump's campaign colluded with Russian efforts to influence the election.

What it could lead to

The House Intelligence Committee's end goal is a report laying out its findings. Like the Senate committee, the House investigation won't lead to criminal charges.

The key question is whether the House Intelligence Committee will issue one bipartisan report or two separate findings from its Republican and Democratic camps.

On May 17, Deputy Attorney General Rod Rosenstein appointed former FBI Director Mueller to take charge of the FBI investigation into whether anyone on Trump's campaign colluded with Russian operatives.

This is the leading Russia investigation but also the most secretive. While the House and Senate committees play out in high-profile public hearings, Mueller's investigation will take place behind closed doors. Congressional investigations also tend to defer to law enforcement when it comes to access to witnesses and evidence.

Mueller is charged with investigating "any links and/or coordination between the Russian government and individuals associated with the Campaign of President Donald Trump; and any matters that arose or may arise directly from the investigation."

That second clause has been interpreted to include the question of whether Trump or other White House officials improperly acted to impede the FBI investigation and likely includes the circumstances of the dismissals of both former national security adviser Michael Flynn and Comey.

Mueller led the FBI for 12 years and began his tenure just a week before the Sept. 11 terror attacks. He's widely respected in Washington.

And according to the National Law Journal, Mueller also brought on Deputy Solicitor General Michael Dreeben, who's one of the most respected lawyers within the Department of Justice.

Over the course of his career, Mueller developed a reputation as someone who does not leak to the news media. So we don't know too much about how the investigation is going.

But as Mueller has added more high-powered lawyers to his team — and outlets like The Washington Post have reported that Mueller may be examining whether Trump obstructed justice — the president has begun openly criticizing Mueller's investigation.

In a June 16 tweet, Trump seems to be criticizing Rosenstein, who appointed Mueller but isn't playing an active role in his investigation.

Despite Trump's tweet to the contrary, his personal lawyers have repeatedly denied the fact the president himself is under investigation.

What it could lead to

The investigation into whether the Bush White House improperly leaked the name of CIA operative Valerie Plame ultimately led to a top White House aide, Scooter Libby, being convicted of obstruction of justice and perjury.

The key detail here is that Mueller has the power to press criminal charges based on what his investigation uncovers. And his investigation is likely to have broader scope and intensity than the congressional committees, so its findings could have political ramifications as well.

While those are the three most high-profile Russia investigations, there are various other inquiries in different parts of the federal government. Those include: