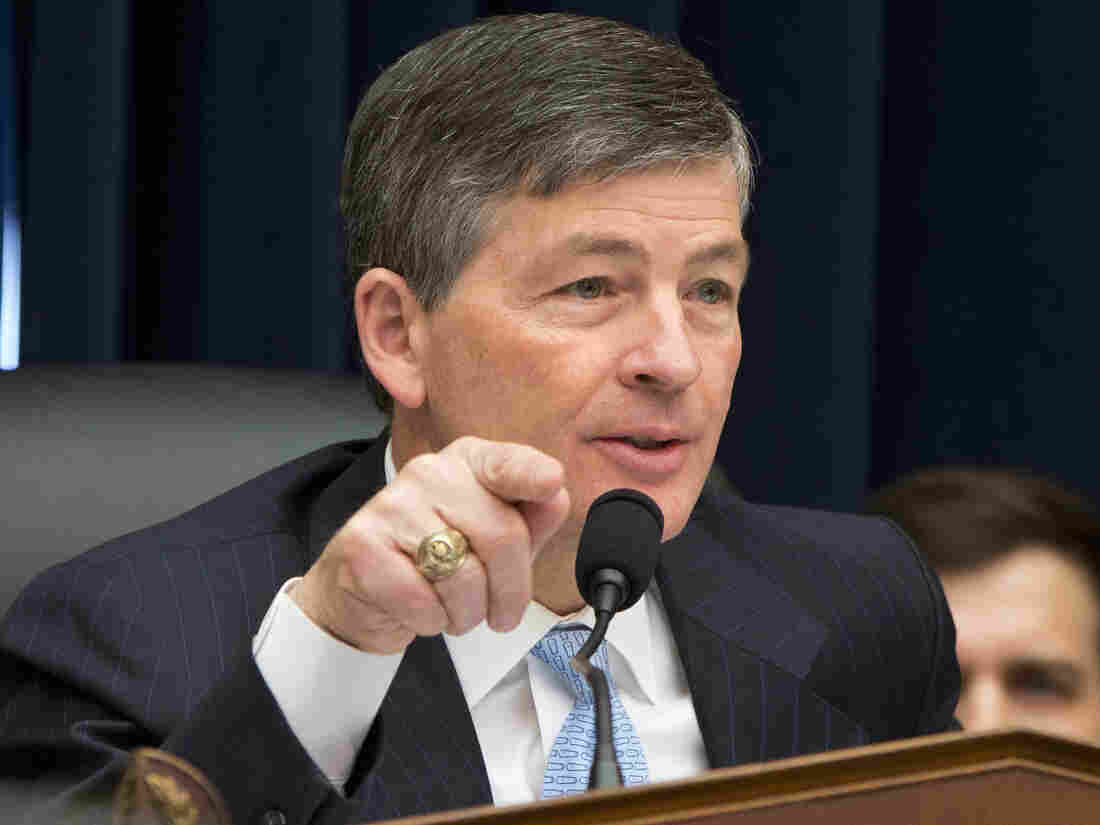 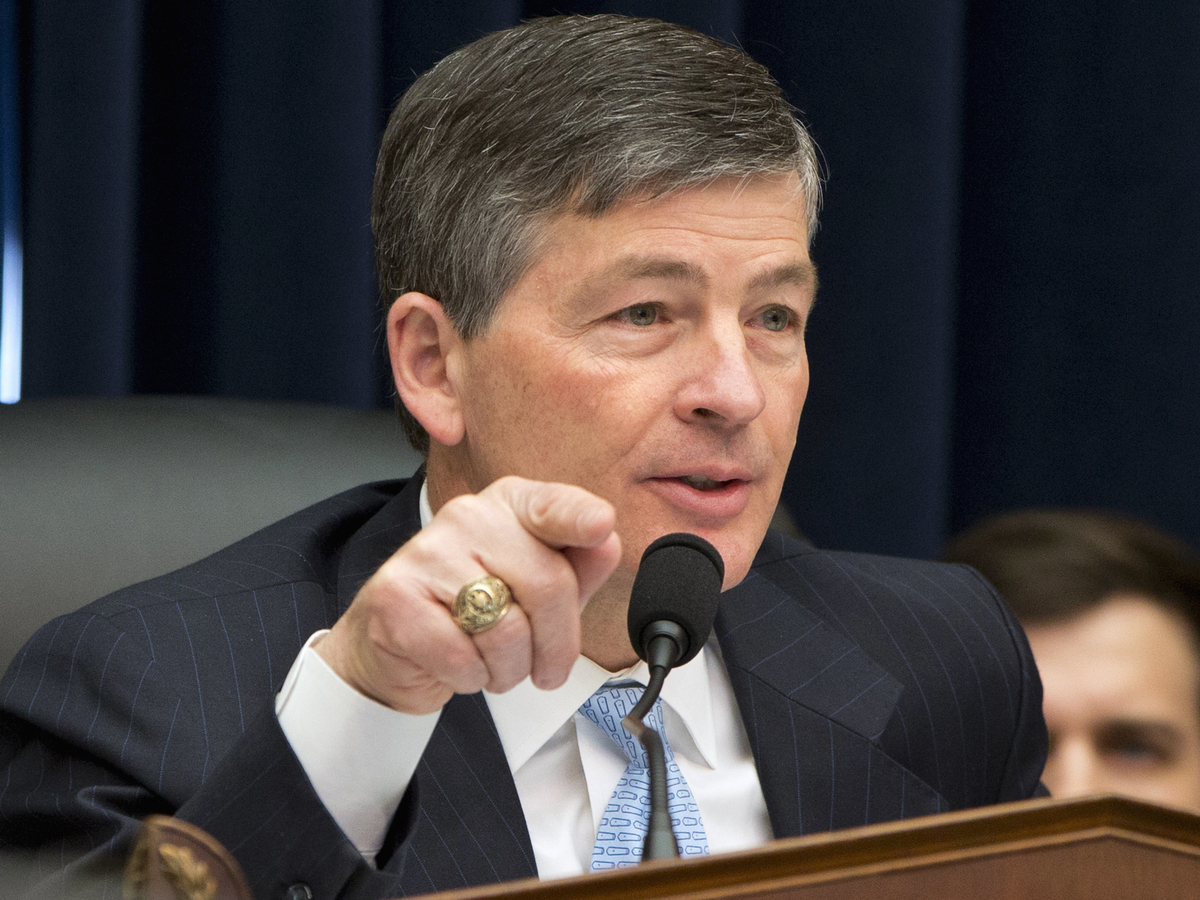 House Republicans voted Thursday to deliver on their promise to repeal Dodd-Frank — the massive set of Wall Street regulations President Barack Obama signed into law after the 2008 financial crisis.

In a near party-line vote, the House approved a bill, dubbed the Financial Choice Act, which scales back or eliminates many of the post-crisis banking rules.

"Dodd-Frank represents the greatest regulatory burden on our economy, more so than all the other Obama-era regulations combined," Hensarling told reporters Wednesday. "There is a better way: economic growth for all; bank bailouts for none."

Hensarling's nearly 600-page bill would defang Dodd-Frank by repealing the so-called Volcker Rule, which prevents government-insured banks from making risky bets with investments. It would also scrap a requirement, which goes into effect Friday, that retirement advisers put their clients' interests ahead of their own.

In perhaps the biggest partisan flashpoint, the bill aims to scale back the authority of the Consumer Financial Protection Bureau to regulate large banks and payday lenders.

The CFPB was created under Dodd-Frank and is designed to operate as an independent watchdog with a single director. Hensarling considers its structure to be undemocratic.

"To think in a democracy that one un-elected individual can functionally decide what credit cards go in our wallets, what mortgages we can have on our home, whether or not we even have a checking account. I mean, that's just anathema to me to the founding principles of this republic," Hensarling said while speaking last month at the right-leaning American Enterprise Institute.

"It is bad for consumers, it is bad for investors, and it's bad for the stability of the American economy — which is bad for all of us," said Lisa Donner, executive director of Americans for Financial Reform. "People believe there should be more — not less — regulation of Wall Street. They're worried about regulators being too weak and being too afraid to take on the big guys. Not about their being tough."

"The bill even specifically exempts payday and car title lenders — notorious for springing devastating debt traps for their already vulnerable customers — from any regulation," added Yana Miles, senior legislative counsel for the Center for Responsible Lending.

The top lobbyist for the banking industry — which supports parts of the Choice Act — says the bill would bring relief to community banks, which many say have been overburdened by Dodd-Frank's onerous, one-size-fits-all regulations.

"We are not seeking to roll back all of the policy response, all of Dodd-Frank," said Rob Nichols, president and CEO of the American Bankers Association. "That's not our intention. Our intention is to acknowledge what many regulators and legislators will tell you both publicly and privately, which is aspects of Dodd-Frank overshot."

The Senate has been working on a separate bill that is more focused on loosening regulations on community banks. Federal Reserve Chair Janet Yellin has endorsed efforts to "mitigate the regulatory burden" when it comes to small banks.

Frank: "You don't get everything 100 percent right the first time"

Former Rep. Barney Frank of Massachusetts agrees — despite having his name attached to the regulations, alongside that of former Sen. Christopher Dodd, D-Conn.

"Anytime you pass a very complicated piece of legislation, you don't get everything 100 percent right the first time," said Frank, who is the former Democratic chairman of the House Financial Services Committee.

Frank says his namesake financial reform law has been too restrictive on smaller banks. He also believes the threshold used to identify other banks "as too big to fail" should be higher.

"Beyond that what you have are Republicans — including the chairman of the committee, Mr. Hensarling, who is a very honorable, very pleasant, deeply rigidly ideological conservative who is essentially against any regulation."

Democratic opposition can stop the bill in the Senate

Even though some Democrats recognize there are some problems with Dodd-Frank, they are unified in opposing the Choice Act.

"The Wrong Choice Act is a vehicle for Donald Trump's agenda to get rid of financial regulation and help out Wall Street. It's an invitation for another Great Recession, or worse," said California Rep. Maxine Waters, currently the top Democrat on the House Financial Services Committee.

Hensarling's bill is a revised version of legislation he proposed last year, which stalled in Congress. Waters says it's no surprise that Republicans see success in their sights this time around.

But the GOP will run into obstacles in the Senate, because Republicans in the upper chamber don't have the 60 votes needed to pass the legislation.

"If I live my life thinking that something might not pass the Senate, I would never even get up and bother to go to work," he said.