Accessibility links
'The Mummy' Makes An Inauspicious Beginning To A Monster Mashup Universal is trying to get a franchise of monster movies going, but Tom Cruise's tired turn as a man who accidentally awakens a sleeping mummy doesn't get them off to a very good start. 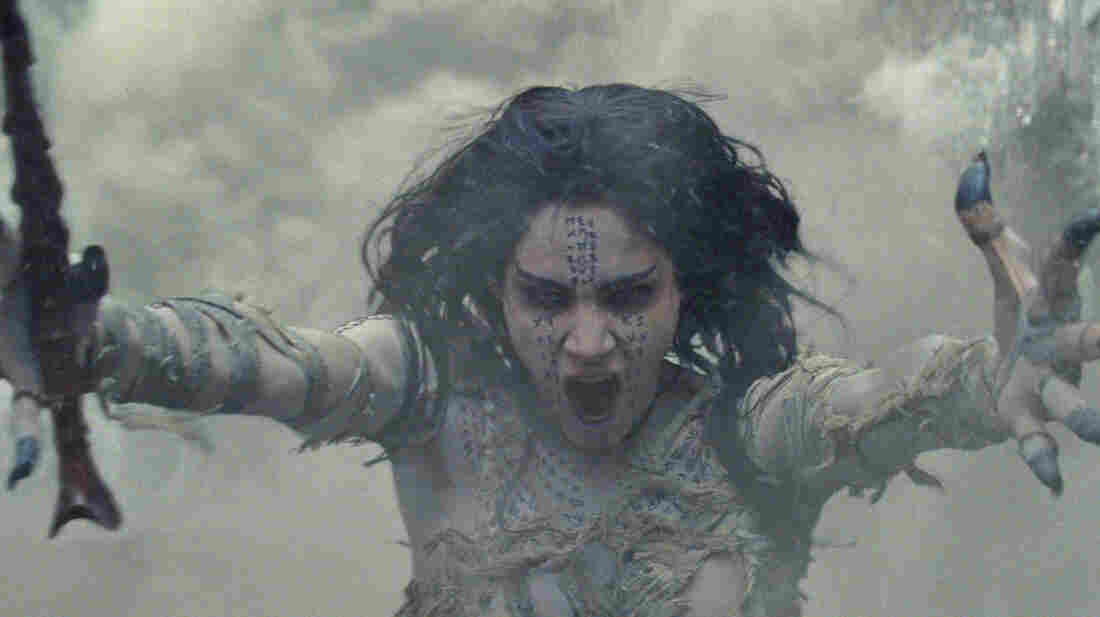 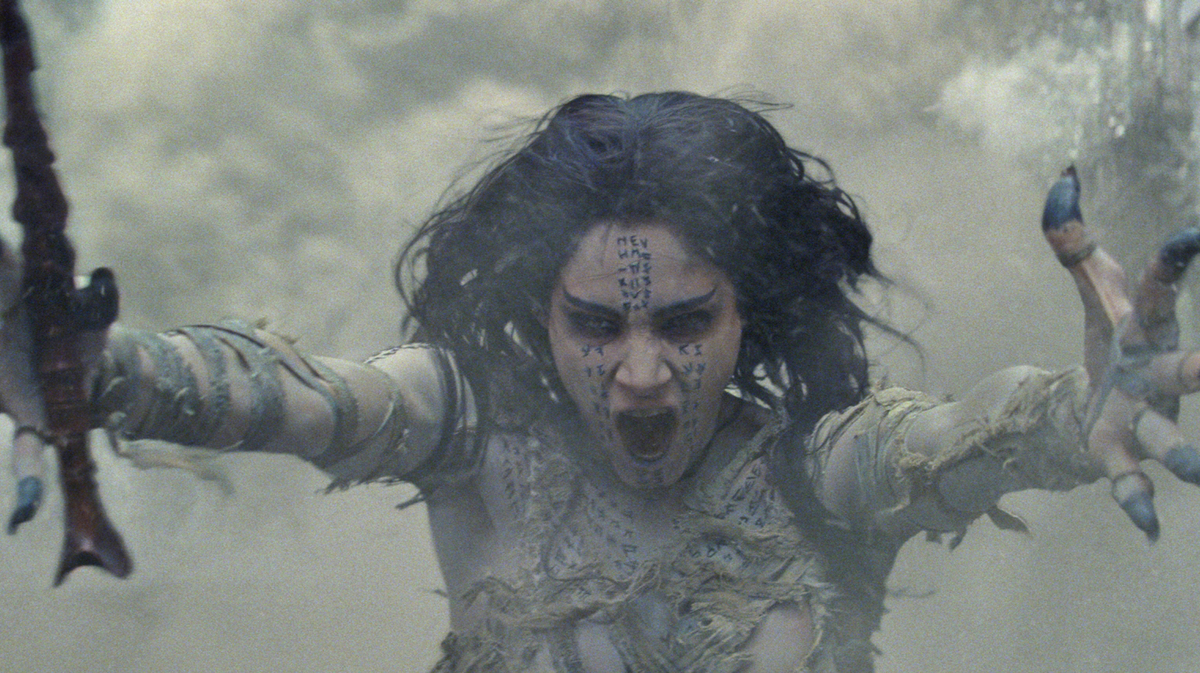 Ahmanet (Sofia Boutella) in The Mummy.

In search of an answer to the Marvel Cinematic Universe, that choo-choo-ing money train where all the cars are linked together, Universal Pictures has been trying to revive its classic monster movies from the '30s and '40s, in the hope that Dracula, Frankenstein, and The Wolf Man will do for it what Iron Man, Thor, and Captain America have done for Marvel. After taking a mulligan on Dracula Untold, a middling attempt to do gothic on a budget, the studio has now officially launched its "Dark Universe" cycle with The Mummy, sparing no expense in casting Tom Cruise, the world's most bankable action star, in the lead role. And with Russell Crowe making an appearance here as Dr. Jekyll, the brand integration is already firmly on track.

To watch The Mummy is to witness all that boardroom calculation come to life. There's no prevailing notion for how this monster-movie revival is going to work 85 years after Boris Karloff donned the rags, so the director, Alex Kurtzman, and a team of seasoned screenwriters have made an all-purpose entertainment, an action/adventure/horror/comedy that flails and thrashes and desperately cajoles. At times, Cruise plays Indiana Jones by way of Brendan Fraser in the 1999 remake, a dashing rogue who gallops through the Middle East in search of buried treasure. At others, he's Lou Costello in Abbott and Costello Meet Frankenstein, a face-pulling goofball who does his best ahumina-humina-humina when confronted by the supernatural. Neither look suits Cruise in the least, but he isn't to blame for the see-what-sticks aesthetic that lurches the film forward.

Packing several movies' worth of mythology into one, The Mummy flashes back to ancient Egypt to tell the story of Ahmanet (Sofia Boutella), a princess who was next in line to the throne (and a God-level power-up) when her father sired a son, denying her place in succession. Pledging her allegiance to Set, the God of chaos and war and evil, Ahmanet killed her entire family, but was thwarted in her effort to bury a gem-capped dagger into the human host that would bring Set a mortal form. As punishment, she was mummified alive, embalmed in mercury, and buried deep in the sands of Mesopotamia.

Centuries later, enter Cruise as Nick Morton, a private military contractor who's only interested in fighting insurgents if he can raid their territory for precious antiquities. When Nick unearths Ahmanet's tomb, he inadvertently awakens her and she targets him as the perfect, morally compromised host for Set, provided that she can recover the dagger gem, which just so happens to have been recovered on a separate archeological find in London. For help, Nick turns to archeologist Jenny Halsey (Annabelle Wallis) and the mysterious Dr. Henry Jekyll for their expertise on suppressing ancient evil, but they have agendas of their own.

The competing agendas don't stop with the characters, either. The Mummy doesn't know what it wants to be, so it keeps hedging its bets between the horror of a relentless, all-powerful, ratchet-limbed mummy and the thrills of a Mission: Impossible movie, like Nick attempting to improvise his way out of a tumbling cargo plane. Making only his second feature after years as a blockbuster screenwriter—he and his former creative partner, Roberto Orci, wrote the first two Transformers movies for Michael Bay and the first two Star Trek movies for J.J. Abrams—Kurtzman has a style that could generously be described as "accommodating." In lieu of any strong vision of his own, he seems content to assemble The Mummy out of a hodgepodge of commercial ideas.

Lost in the noise is the simplicity and stripped-down appeal of those old Universal monster movies, which relied on mood and close-quarters intimacy to achieve their shock effects. (They were also nice and short. The original Mummy is only 74 minutes.) The sprawl of Kurtzman's Mummy does suggest the global threat of supernatural evil, but it does nothing to distill the tension or heighten the dread-soaked atmospherics. In trading classic minimalism for nine-figure maximalism, Universal misses the treasure in its own vault.

An earlier version of this review stated that this was Alex Kurtzman's first feature as a director; it is his second.