Accessibility links
'Becoming Cary Grant' Reveals The Self-Invention Of A Hollywood Icon Mark Kidel's new Showtime documentary tells the story of the man behind the debonair star. Off screen, Grant was "lonely, insecure and haunted by fears of being abandoned," says critic John Powers. 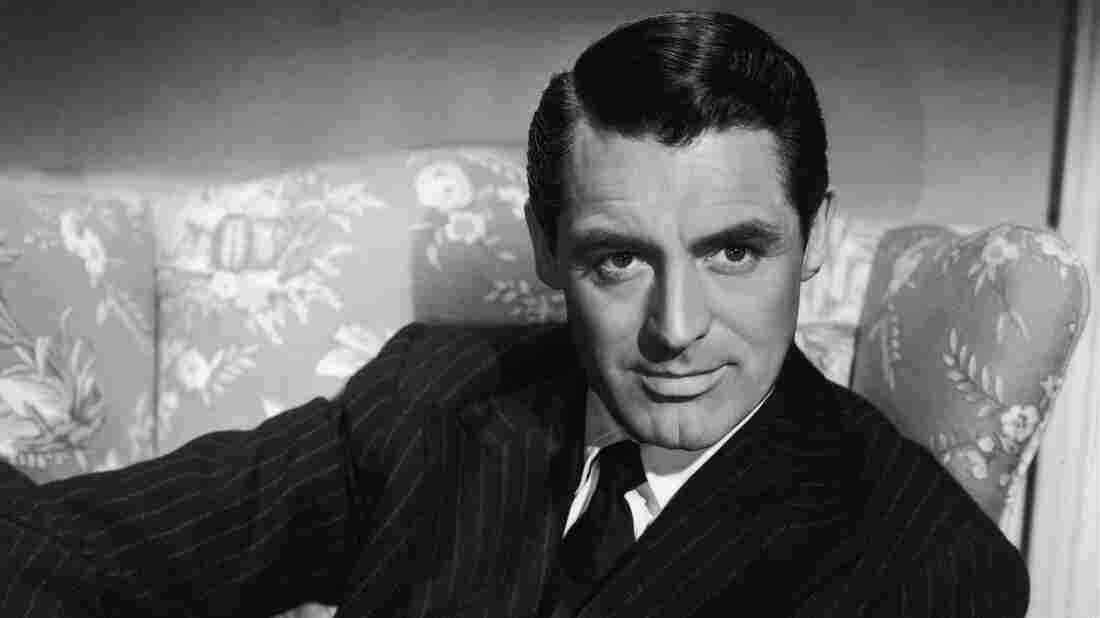 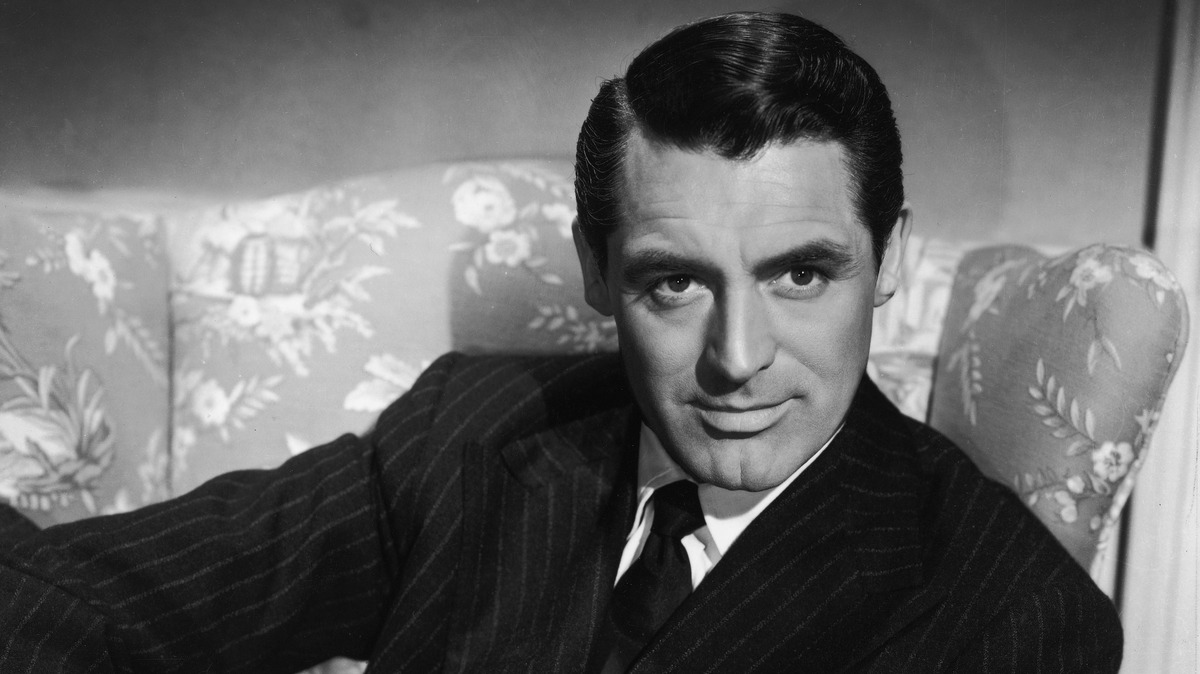 There's a classic moment in the romantic thriller Charade, when Audrey Hepburn says to Cary Grant in exasperation, "Do you know what's the matter with you? ... Nothing."

For decades, the whole world felt the same. Grant's unrivaled blend of charm, good looks and silliness — he hadn't a shred of pomposity or elitism — made him a movie star everyone loved. Everyone, that is, except Archie Leach, the actor's real-life self who wrote that he'd spent years cautiously peering from behind the face of a man known as Cary Grant.

The journey from Archie to Cary is the subject of Mark Kidel's enjoyable documentary, Becoming Cary Grant. Weaving together the actor's private home movies, excerpts from his unpublished writings and terrific clips from his Hollywood work, this Showtime film tells the story of an arduous act of self-invention.

Archie was born in working-class Bristol, England to a dapper, unreliable father and a hyper-ambitious mother, Elsie, who was ravaged by inner demons. When Archie was 11, he came home one day to find his mother gone — he wouldn't learn why for 20 years.

In short order, the poor kid was shunted off to live with his grandparents. Small wonder that, seeing a performance by a group of acrobats, he was smitten by their free and confident lives. At 14, he joined their troupe — hence his famous physical grace, even in pratfalls.

Archie traveled with the company to New York, and when they went home, this dashing 18 year old stayed behind to work in vaudeville and in musical theater.

Despite a disastrously hammy first screen test — which Kidel shows us — he eventually found his way to Hollywood. There, a second screen test proved successful enough that he was ordered to change his name. He then became Cary Grant.

Even so, it took him several years and 28 movies until, in a brilliant screwball comedy called The Awful Truth, he discovered how to capture — and radiate — the ease that we think of as Cary Grant-ness. Once he did, he starred in some of the greatest movies ever, including Holiday, Only Angels Have Wings, Bringing Up Baby, His Girl Friday, Notorious and North by Northwest. I wouldn't swap those six for the whole careers of Marlon Brando and James Dean.

On screen, Grant always knew how to talk — and listen — to women. Off-screen, he messed up several marriages. Beneath his debonair facade, he was lonely, insecure and haunted by fears of being abandoned.

It wasn't until his 50s that he began finding peace — when a doctor began giving him LSD. Taking a hundred trips, Grant confronted his past and learned how his mother's abandonment had tainted his relationships with all women. He also began glimpsing a road to inner happiness. All of which makes Grant a better advertisement for dropping acid than anything Timothy Leary ever did.

Grant's story is striking by the breadth of the chasm between his wounded inner self and his seductive persona that was attentive, buoyant and up for anything.

Now, it's not surprising that Grant was torn by personal wounds and a yearning for love. That's common with stars. Even John Wayne spent his whole life trying, and failing, to win his mother's affection. But Grant's story is striking by the breadth of the chasm between his wounded inner self and his seductive persona that was attentive, buoyant and up for anything.

The best moments of Becoming Cary Grant show how the Archie-Cary duality gave him an enthralling elusiveness on-screen. He was a layered actor whose provenance was neither English nor American, whose light touch could veer into darkness and whose work, as critic David Thomson shrewdly tells Kidel, played with the ambiguities of gender. No male star of his stature ever donned so many women's clothes.

In the end, Grant was and remains the supreme incarnation of what I always think of as "The Movies," a vanished form of collective dream in which people went to the movie palace to sink into a world more glamorous and exciting than their own. In this world, artificial surfaces gave rise to genuine feelings, and stars taught you how to act with grace, style and high spirits.