Accessibility links
Canada's Tech Firms Capitalize On Immigration Anxiety In The Age Of Trump "We feel that Canada has a window of opportunity here to be able to attract the best and the brightest," says one Canadian tech leader. 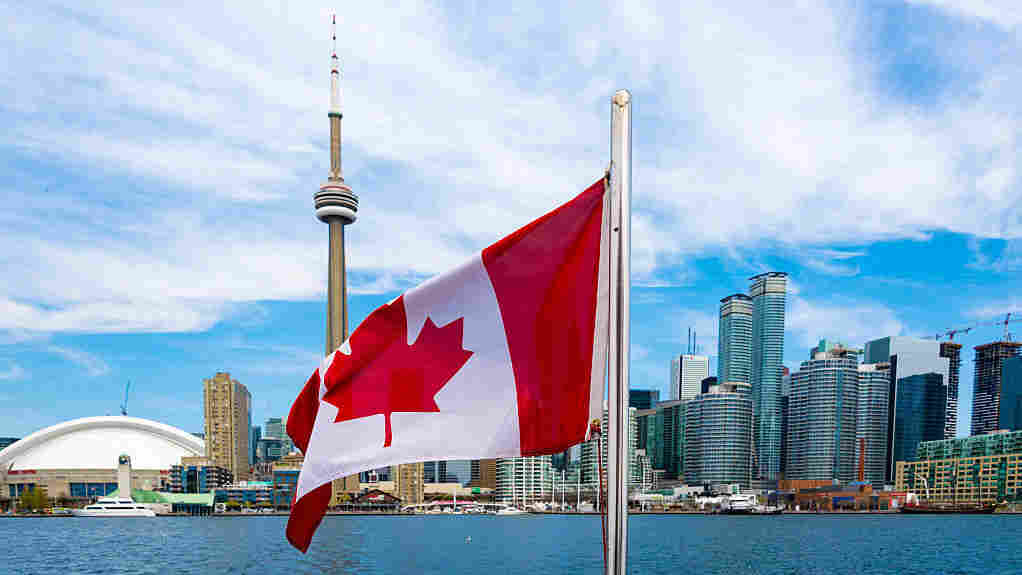 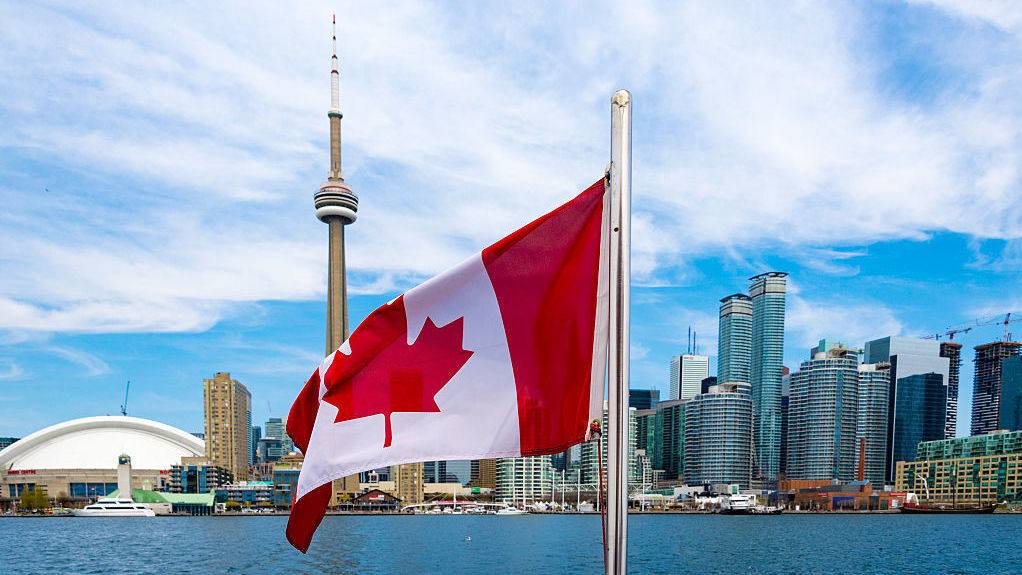 For years, Canada's tech industry has watched in frustration as Microsoft and Google hired the country's top computer science grads for high-paying jobs in Seattle and Silicon Valley. Now Canada believes it has found a new way to lure American and international tech workers.

Canadian tech companies are eager to capitalize on anxiety among international visitors and would-be immigrants following President Trump's travel ban and other immigration policies. Meanwhile, the Canadian government is making it easier for highly skilled workers to move there.

"We feel that Canada has a window of opportunity here to be able to attract the best and the brightest," says Salim Teja, vice president of the MaRS Discovery District, a major incubator for tech companies in Toronto.

Teja says there's fierce global competition for talent in the industry, with companies offering escalating salaries and perks. And those employers need to know that they can get visas for the people they're hiring.

"A lot of these technology companies are very international businesses where talent is flowing freely in and out of different countries," says Teja. "If the U.S. becomes a tough place to do business that way, they may look at Canada as an easy market for them to set up in."

We feel that Canada has a window of opportunity here to be able to attract the best and the brightest.

Facebook, Google and Uber have recently opened or expanded their offices in Toronto. Microsoft has satellite offices in Vancouver. And smaller Canadian companies say they're getting interest from a pool of American and international job applicants they hadn't heard from before.

Roy Pereira is the founder of Zoom.Ai, a startup in Toronto. After Trump's election, Pereira says he saw a 30 percent jump in Americans applying for engineering jobs.

"As Canadians, we're not accustomed to seeing Americans want to move to Canada," says Pereira. "They have a perception that Canada is cold. But there is a certain anxiety around the immigration policies and so forth."

A lot of Americans who opposed President Trump talked about moving to Canada after the election. Kathryn Hume actually did it. Earlier this month, she packed up her New York apartment and moved to Toronto.

"It wasn't like, going on Facebook [saying] I'm done. I'm moving to Canada," Hume says. "It was a little bit more organic." Hume works in artificial intelligence. She is now employee No. 3 at a startup company called Integrate AI, where her title is vice president of product and strategy.

"I had a couple job offers also in the U.S.," says Hume. "And I chose it primarily because it really felt like the right job."

Still, Hume says Trump's election was in the back of her mind. She voted for Hillary Clinton.

"I thought, well, if there's a time to move to Canada, it might as well be now."

Starting Monday, Canada's government says it will streamline the visa process so that international tech workers can get a work permit in just two weeks — compared to a complicated process in the U.S. that can take months.

"For us to compete globally, we need to be open," says Navdeep Bains, Canada's minister of innovation, science and economic development.

"We do believe it does give us a competitive advantage."

Bains insists this was in the works before last year's U.S. election.

But the timing is striking.

"They should never, ever be used to replace Americans," Trump said at an event in Wisconsin in April.

Pereira and other tech leaders hope that means a warmer forecast for the Canadian tech industry.

"Every company is in a global battle for talent," says Alex Norman, the co-founder of TechToronto, an organization that puts on monthly events featuring leaders and innovators from the city's tech community. "And anything that takes the barrier away, and makes it easier for someone you want to recruit to come, is a huge win."