Accessibility links
With Help From Friends And Family, Glen Campbell Says 'Adiós' His daughter Ashley Campbell and producer Carl Jackson reflect on the joy and laughter that went into making his final album, recorded a year after he was diagnosed with Alzheimer's. 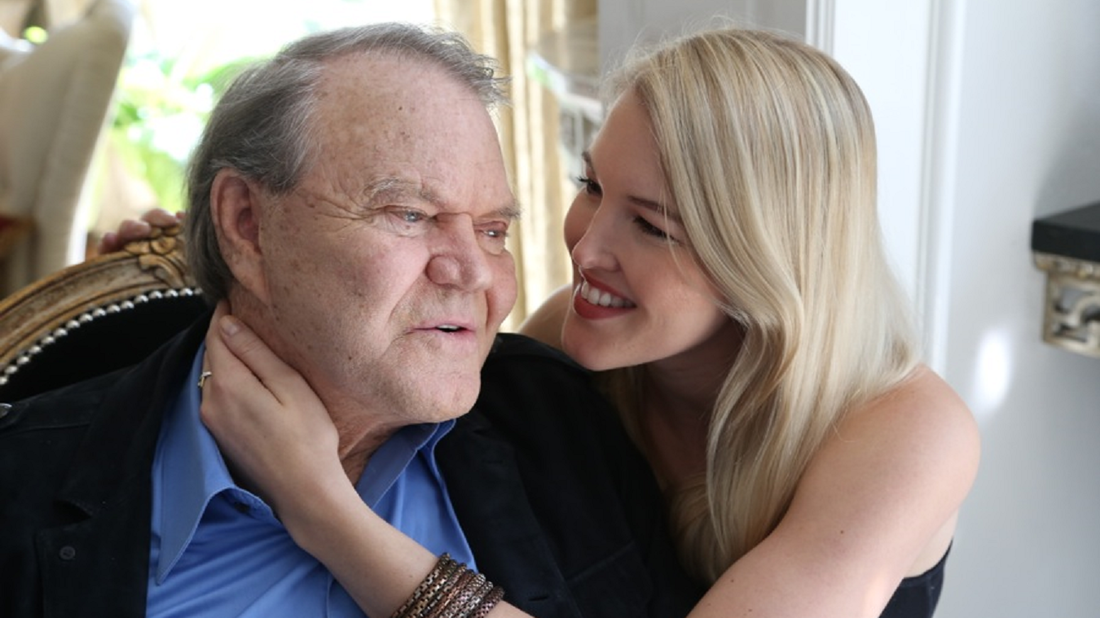 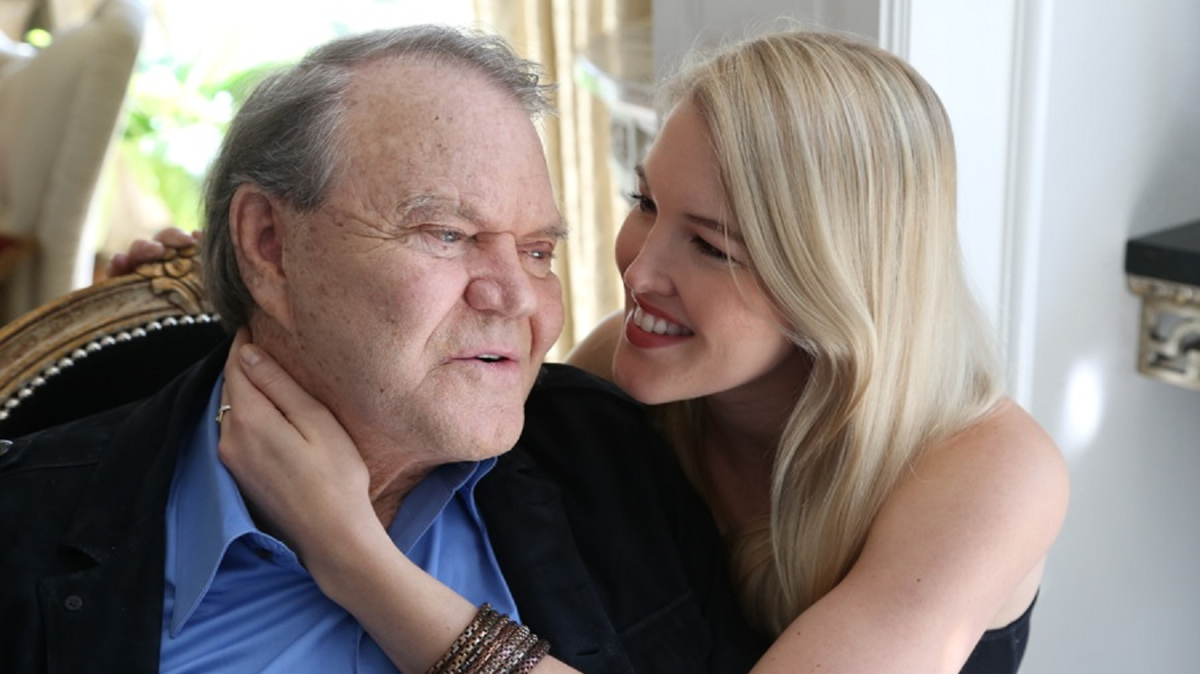 On Friday, the legendary singer-songwriter Glen Campbell bid a final farewell to his fans by releasing his last-ever album. Titled Adiós, it was recorded in 2012, when the "Rhinestone Cowboy" formally ended his music career after being diagnosed with Alzheimer's disease the year before.

Produced by his friend and longtime banjo player Carl Jackson, Adiós also involved Campbell's daughter Ashley Campbell, a country musician in her own right. She and Jackson both spoke with NPR's Michel Martin the day the album was released, and she says knowing that Adiós is her father's last album is "definitely bittersweet."

"But I'm so excited about it because I know he would be excited to share new music with his fans," she says.

The 12-song collection includes songs that Glen Campbell loved but never had the opportunity to record. Some of the album's poignancy stems from the fact that, on it, Campbell sounds nearly as robust and fluid as ever. Jackson says that's partly because these are songs that were "ingrained" in him.

"He couldn't remember lyrics — that was one of the first things to go," Jackson says. "But he didn't lose his melodies, and that beautiful perfect pitch and tone."

According to Jackson, Adiós could not have come together without the intimacy of the recording process. "It was a special thing that went on in the room. There was so much joy, so much laughter, so much fun," he remembers. "I think there was so much love in the room [that] made me able to get some things out of him that maybe somebody else couldn't have done."

Ashley Campbell, who played the banjo parts for the song "Everybody's Talkin'," says the experience pressured her to measure up not to her father's musicianship, but to her own capabilities.

"I've never felt like I've ever had to directly compete with my dad because in my eyes, he's on a completely different plane from me," she says. "But being his daughter, I've definitely felt a pressure ... from myself, to be the best version of myself that I can be, and in that way to honor him."

Glen Campbell has been open about his experience with Alzheimer's. In 2012, he embarked on a yearlong farewell tour, which was captured in the documentary Glen Campbell: I'll Be Me. The film also documented some of the singer's offstage struggles as the disease progressed. Jackson says his friend's attitude towards his ailment was extraordinary.

"Glen's whole approach to having Alzheimer's was pretty much different from anything I've ever seen before," Jackson says. "If he forgot something, he would laugh about it, rather than get sad. And we just went about [recording the album] that way, as a fun thing to do, and it was a total joy."

Campbell, who is in the last stages of Alzheimer's, is no longer able to communicate well, and so no one will know exactly what he thinks of his last-ever album. But, according to Jackson, he seems to approve.

"I just know in my heart that it means the world to him ... because of the peace that comes over him when he hears the music," Jackson says. "It just means the world to me that we can do this for him and have him go out on something I believe just reaffirmed that Glen Campbell's the best — period."

Editor's note on June 12: The audio version of this report previously included comments about the "Campbell/Falk Act." That Tennessee law established rules about how a conservator may and may not seek to restrict someone such as Glen Campbell, who has Alzheimer's, from seeing family members. The brief discussion of that act was removed because it didn't provide enough context and perspective about the circumstances that led to the law's creation.