Accessibility links
Not My Job: We Quiz Couples Therapist Esther Perel On The Monastic Life Relationship expert Esther Perel is the author of Mating in Captivity, and her new podcast Where Should We Begin, features real people talking about real problems. 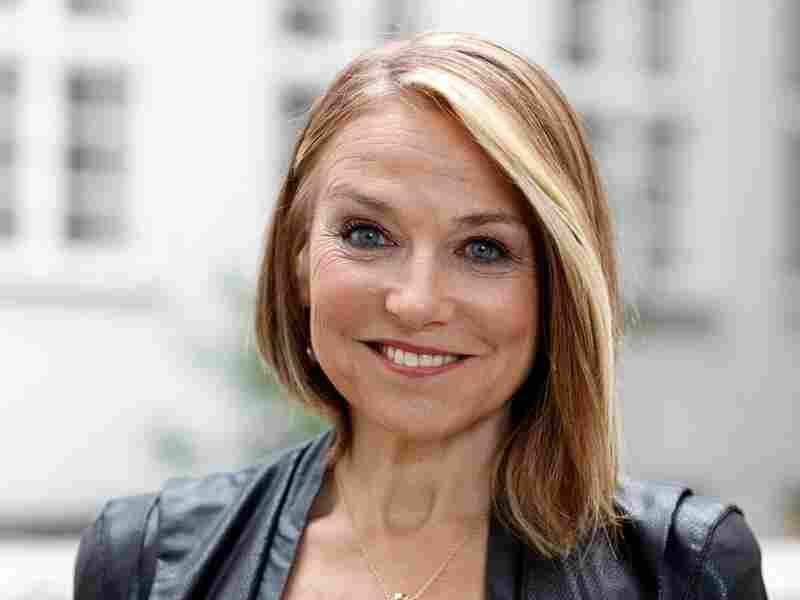 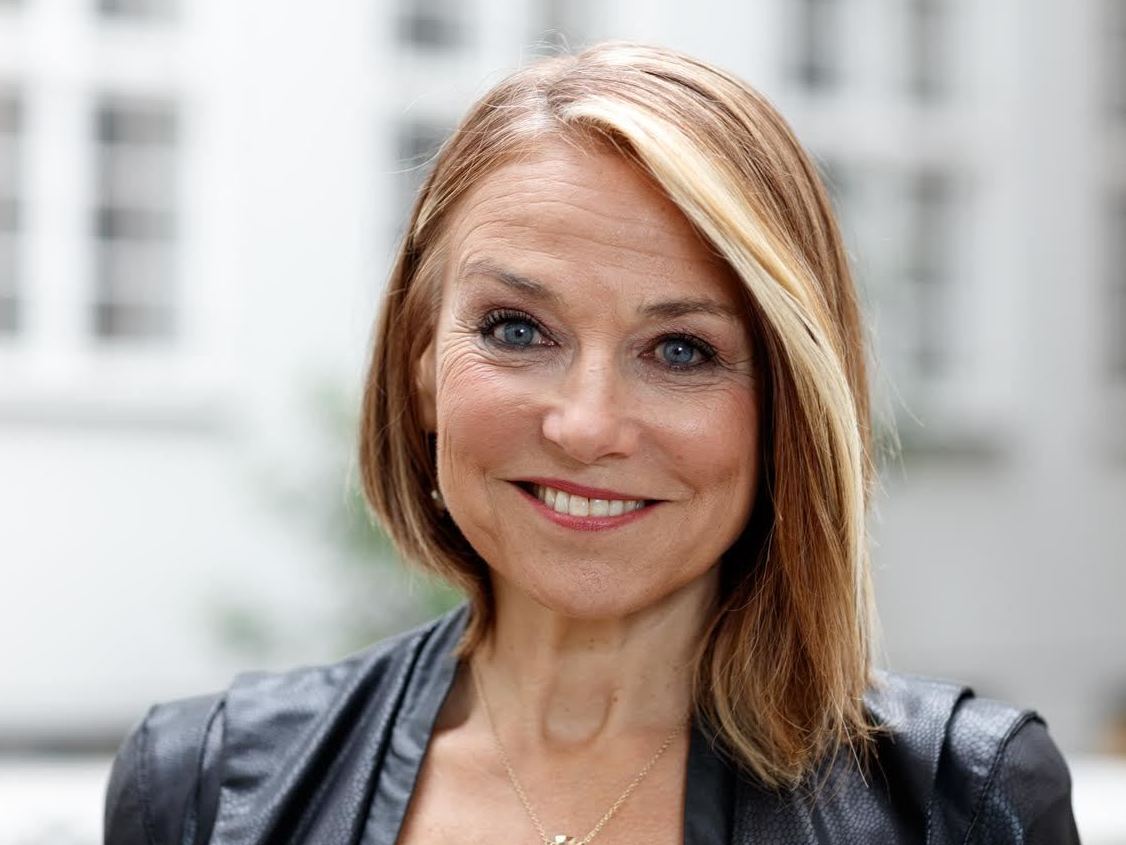 Relationship expert Esther Perel is the author of Mating in Captivity, and her new podcast Where Should We Begin, features real people talking about real problems.

Since Perel is an expert on couples and relationships, we've invited her to play a game called "No sex for you!" Three questions about monks and monasteries.

How Can Couples Rebuild Trust After An Affair?

Are We Asking Too Much Of Our Spouses?

And now the game where we ask people who are experts in something about something they don't know anything about - because why be predictable? It's called Not My Job. Over the last decade, psychotherapist Esther Perel has become one of the most famous relationship experts in the country, mainly because of her insistence that we Americans are all doing everything wrong. She has a new podcast in which real people are going to be heard discussing their real problems. And she joins us now. Esther Perel, welcome to WAIT WAIT... DON'T TELL ME.

ESTHER PEREL: My pleasure to be here.

SAGAL: So we have read that you did not come into this relationship expert business early on in your career. But - and tell me if this is true - that you were inspired to do so by the Lewinsky scandal back in the '90s?

PEREL: Yes. I was very intrigued at that time. Why was this country particularly tolerant about multiple divorces and often quite intransigent about transgressions when the rest of the world, that was often more family-oriented, had always opted the other way around, particularly to the courtesy women of course?

SAGAL: Right. And you obviously, as I think we can tell, are not from around here.

PEREL: No. And I think you probably think that because I have a French accent that I am French, but that's not the case either.

SAGAL: Oh, no. You're being mysterious.

SAGAL: It really does, yeah.

SAGAL: Do you just - are you actually from like Altoona, Penn., and you just pretend to sound that way so you sound smarter?

SAGAL: That's great. I've always wondered about this - that people like yourself, who are acclaimed for being experts on relationships, do you feel a tremendous amount of pressure not to screw up your own?

SAGAL: Right. OK. So do you ever - like, you're having an argument with your husband and you say oh, this is very interesting, I shall learn from your behavior?

PEREL: Oh, no, no. We do this better because we both have worked with couples. So...

PEREL: ...We both sometimes just say, I can do this even better than you.

SAGAL: Wait a minute - your husband is also a couple's therapist?

PEREL: So yes, when we get into it, we have learned from the best.

SAGAL: I have to ask about this new podcast that you've done called "Where Should We Begin." And what's amazing about this podcast is this features real people, who have really come to you for advice, talking about their problems and issues on tape. And I've listened to the first four or five episodes, and it is very fascinating but sometimes really difficult to listen to because you're, like oh, my God. Was I allowed in here?

So my first question to you is, how in the world do you convince real people with real problems who are seeing you for real solutions to let you tape them and broadcast them to the world?

PEREL: So first thing is that none of the people that are part of the podcast are patients of mine. We put out one email. We invite people to participate in a podcast where it's very clearly said you will be recorded; you will be on the radio; et cetera. We got 450 responses.

PEREL: From the last - from the two weeks since we launched the podcast, we've received another 150 applications. We have hundreds of people who would like to participate. There is no need to go and convince anybody.

SAGAL: Wow. Have you ever been there listening to a couple complain about each other and just been incredibly bored?

PEREL: Very simply - but what does it mean that I am bored is that I can pretty much recite the story for them, that I have a sense that I have heard this plot, you know. I've been to this theater, and couples therapy is often the best theater in town, you know?

SALIE: Oh, but, you know, I have, in the last few years - when I get weddings, I've been taking notes of the vows because there is a kind of a proliferation of vows that has taken on an apex of folly these days. You know, people are standing there and promising how they will never again let the other person feel lonely, and never again will there be a tear that will be shed that I won't dry for you. And never again - and I will forever be there for you in every capacity imaginable. And I'm thinking, the more the power of promises rises, the bigger the flop may arise.

POUNDSTONE: ...But if you were to do vows that were - yeah, if I feel like it, I'll help you out.

SAGAL: ...I promise to gain a lot of weight and stop really taking care of myself in about three months.

SALIE: I promise my nighttime clothes will be the same as my daytime clothes.

SAGAL: I promise I'll just fart without really caring that anybody's there.

SAGAL: Esther Perel, we're delighted to talk to you. And we have also invited you here to play a game we're calling...

BILL KURTIS: No Sex For You.

SAGAL: So we were thinking about this, and we realized you talk to couples in trouble. So we thought we'd ask you about other people who aren't having sex, monks.

SAGAL: Answer three questions about monks and monasteries, you'll win our prize for one of our listeners, the voice of Carl Kasell saying sweet nothings into their voicemail. So Bill, who is Esther Perel playing for?

SAGAL: Saint Benedict, as we've all heard, is credited with founding Christian monastic life in the 6th century. According to legend, Saint Benedict was tempted by the devil with the form of a naked woman he had once been in love with. How did Saint Benedict react to this temptation? A, by telling her gently that he had moved on with his life and hoped they could just be friends...

SAGAL: B, by telling the devil that was a cool trick, but could he watch them sports instead? - or C, by tearing off his clothes and throwing himself into a thorn bush?

SAGAL: That's of course what he did.

POUNDSTONE: You know, that could be in the vows.

PEREL: I (unintelligible) in self-flagellation.

SAGAL: Oh, yeah, they're really into that. All right. Next question - the thousand-year-old monasteries at Mount Athos in Greece are famous because no females of any kind are ever allowed on the entire peninsula. However, there is the occasional exception, as when what happened? A, in 1235, when the head abbot really missed his mom...

SAGAL: B, in 1974, when one monastery invited Fleetwood Mac to come to a concert for them...

SAGAL: Or C, in 1929, when the newly crowned Miss Greece snuck in wearing men's clothes.

SAGAL: You're going to go for when the head abbot really missed his mom?

SAGAL: No, it was actually Miss Greece.

POUNDSTONE: She snuck in.

SAGAL: She snuck in wearing men's clothes. Apparently, the monks at Mount Athos are very - were, for good reason, paranoid about women dressing as men to sneak in, so they had a rule for a long time saying you had to be able to grow a beard. You see? You see?

SAGAL: All right. Now, if you get this right, Esther, you win.

POUNDSTONE: Never occurred to me there was an advantage.

SAGAL: All right. If you get this one right, Esther, you win it all. As everyone knows, many monasteries grow or produce things to help fund their activities. But instead of ale or jam, a monastery in Wisconsin once sold artisanal, monk-made what? A, ammunition...

SAGAL: That's what it was.

POUNDSTONE: She's good at this game.

SAGAL: They were known as the laser monks, as in laser printer.

SAGAL: And they were the biggest thing in office supplies for a hot minute. But then, apparently, not enough people wanted to buy printer toner from monks, and it went under in 2011.

CLAYTON: Oh, man. "Laser Monks" sounds like either the best or worst '80s cartoon ever made...

SAGAL: Bill, how did Esther Perel do on our quiz?

SAGAL: All right, I'm going to ask you one more question before we let you go. We were talking about this earlier. Have you ever talked to a couple and you've looked at them and said no, way? Give it up. You guys, oy.

SAGAL: Esther Perel is the author of the best-selling book "Mating In Captivity." Episodes of her new podcast, "Where Should We Begin," are available every Friday at audible.com/esther. Esther Perel, thank you so much for joining us.

PEREL: My pleasure. Thank you.

SAGAL: In just a minute, Bill chirps and babbles in the Listener Limerick Challenge. Call 1-888-WAIT-WAIT to join us on the air. We'll be back in a minute with more of WAIT WAIT... DON'T TELL ME from NPR.