Accessibility links
Beach Reads You Need: Four Sandy Summer Romances Our monthly romance roundup rolls on with four beach-appropriate reads for June, from the supernatural to the astronomical to an old-fashioned tale of family lost and found when you least expect it. 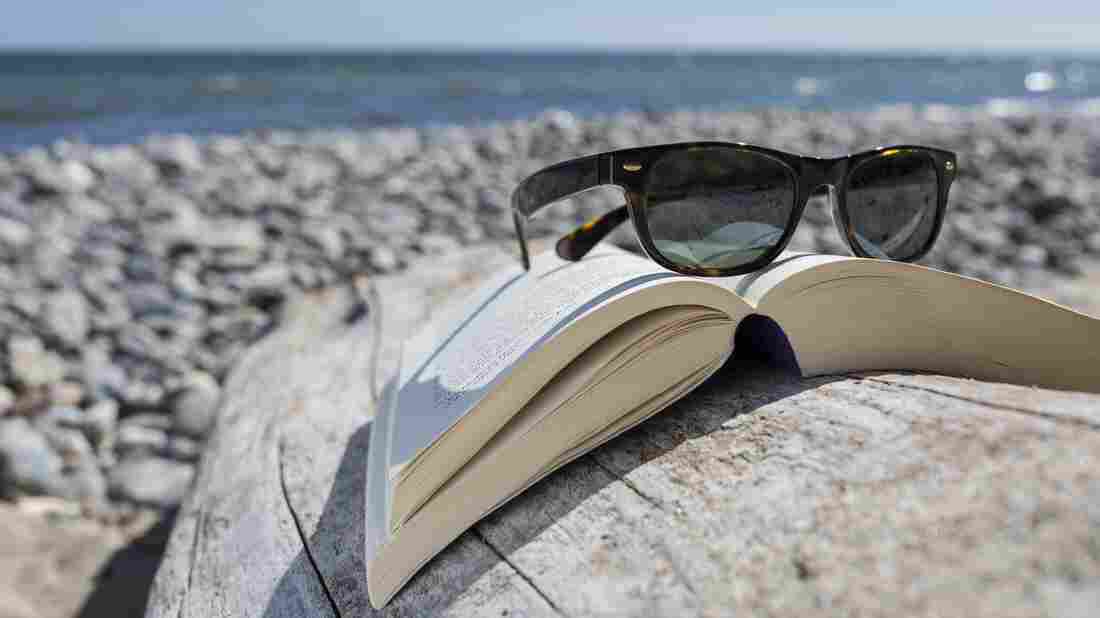 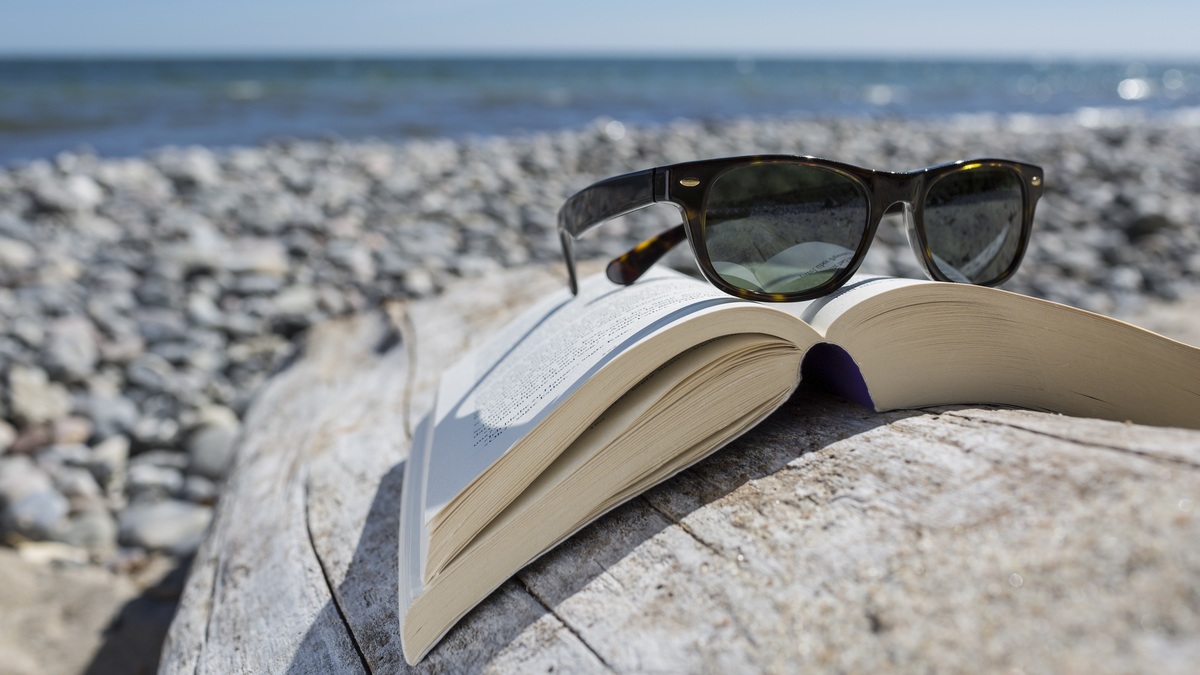 Summer is a time for unabashedly delighting in beach reads. Yes, they're engaging, yes, they go down easy — but regular readers of escapist fiction know they'll find powerful, universal themes and truths tucked within these tasty pages. Here are four books that provide an absorbing escape — they all make for excellent poolside reading — while also meditating on the power of love, duty and family.

Nalini Singh's Silver Silence starts a spinoff trilogy from her bestselling paranormal series about a world inhabited by humans, changelings (animal/human shape shifters), and the Psy, a race who deny all emotions. When someone makes an attempt on the life of heroine Silver Mercant, the powerful director of a worldwide network handling global emergencies, the logical course of action for this powerful Psy is to seek refuge with Bear Changeling Valentin and his pack at their Denhome. Because romance.

Valentin has a sense that there's "a whisper of fire" to Silver, the coldly logical Psy whose mind is clear of all emotion. He seizes the opportunity to welcome her into his clan — and of course, this big, loveable alpha also wants to show her there's more to life than logic.

When a series of attacks demand that Valentin and Silver leap into action, their work together leads to mutual respect and sparks of recognition: These are two powerful alphas who prize control, duty and family above all else. This combined with their growing attraction, prove to be stronger than the logic Silver lives by. Needless to say, it's a good thing; Silver Silence is packed with mystery, epic world building and a beautiful slow burn of a romance between a loveable hero and a heroine just discovering how to live with emotions.

If you love stories featuring wild, rebellious princesses learning to accept the duties that go with the crown — in the vein of The Princess Diaries or Roman Holiday — check out Royal Rebel by Jenny Frame.

When party girl princess Rozala's latest scandal goes a little too far — in addition to wild nights in clubs, she falls in love with an international arms dealer who causes a suitably international crisis — her father, the King of Denbourg, sends her to stay with their royal relatives in London. Queen George and Queen Consort Bea decide that what Roz needs is a dose of humility and discipline, so they set her up with a 9 to 5 job working with a London charity. Roz is less than thrilled. Don't they know who she is?!

These two women both have demons to battle before they can surrender to their mutual attraction: Lennox is a recovering addict who finds stability in a strict and healthy routine, while Roz is grieving the loss of her mother, and acting recklessly in an effort to get her father's attention. Together, they're a case of opposites not only attracting and complementing each other, but making each other stronger.

A Sky Full of Stars

In A Sky Full of Stars, book #5 in the Shaughnessy Brothers Series, bestselling author Samantha Chase pairs a brilliant, nerdy astrophysicist with a flighty former mean girl for a romance that's youthful, angsty and sweet.

Dr. Owen Shaughnessy and Brooke Matthews first bond over a deep love of the night sky: The college professor studies the stars and the former sorority sister — now aspiring artist — loves to paint them. A proposed school trip to the desert brings them into each other's orbit; he's supposed to lead it and supposed to be his assistant. His colleague — her uncle — thinks she'll be a great help with his notoriously awkward social skills. And in spite of their obvious differences and a rocky start, they forge a connection.

Naturally, the course of romance never runs perfectly smoothly. It's not Owen's awkwardness that gets in the way, it's his belief that it does; ditto people's assumptions about what a popular pretty girl like Brooke sees him. Family plays a big role for both characters — Owen's family is loud, loving and total opinionated while Brooke's family is painfully less present. But as they both learn, there's nothing like the family you make together.

Last, but certainly not least, Jill Shalvis's Lost and Found Sisters explores the idea of finding a family when we least expect it. After losing her sister in a car crash, Quinn Wellers has just been going through the motions: job, family, boyfriend. But then a lawyer tracks her down about a very unexpected inheritance, which leads to more than a few big surprises, and ultimately to the town of Wildestone.

It's only a few hours north of her home in L.A., but it's worlds away from what she's used to. Still, it starts to seem like a good place to settle down, not least because of Mick Hennessey, a hunky handyman with his own tortured connections to Wildestone. Their romance plays out against a cute small beach town backdrop, complete with quirky secondary characters and meddling friends — plus some serious sexy times. For Quinn, it turns out that family isn't always a matter of just being related, but being together ... and that swoon-worthy heroes are always a welcome addition.